"Turn in your existing petition with 10 signatures and we'll buy you a glass of wine! Learn our signature count, register to vote, and get a petition for 5 friends to sign. Santa Cruz United needs help! Bring friends to sign the petition too."


Santa Cruz United has been caught in a number of pay per signature scandals. In response to all of the different issues people have had with the campaign to recall Progressive Santa Cruz City Councilmembers Chris Krohn and Drew Glover, a group called Stop the Recalls has published instructions on how community members can remove their signatures from the petitions if they are having second thoughts about signing them.


More information about the campaign to stop the recalls can be found: here.

A list of businesses to boycott whose owners are supporting the recall effort (including Stockwell Cellars) can be found: here. 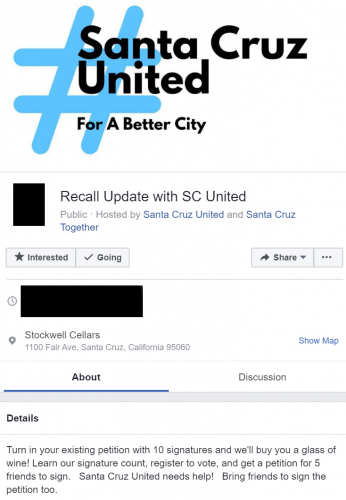 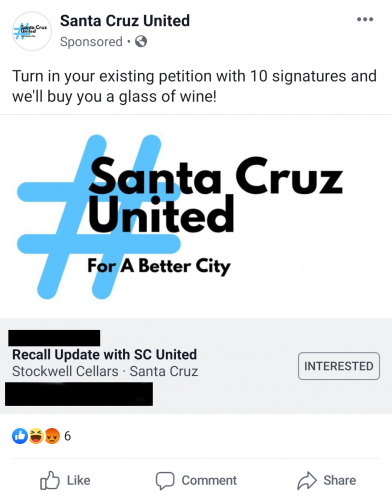 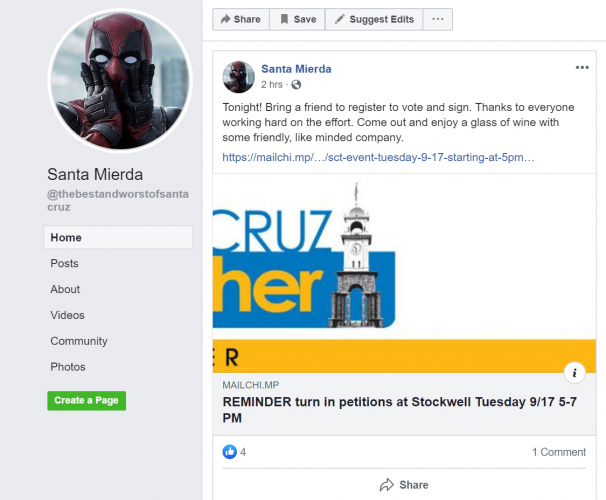 Post from today on the Santa Mierda hate blog.