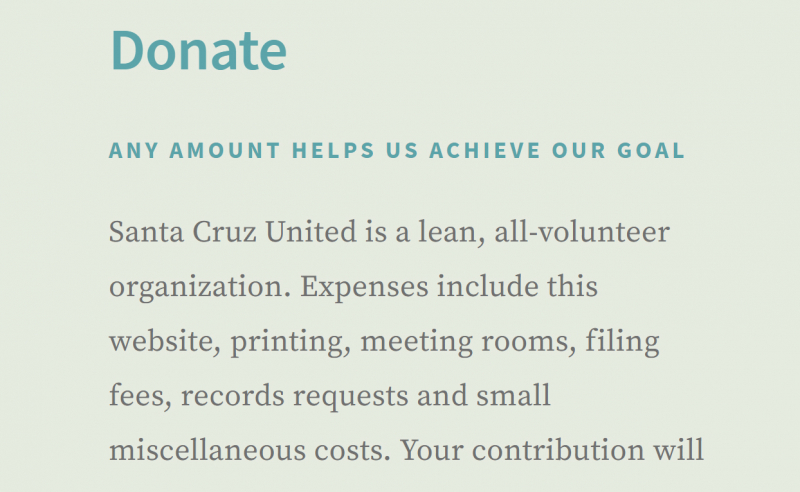 According to the Sentinel, Peter Cook, who is a real-estate agent, did not "elaborate" on how much Santa Cruz United is spending on paying signature gatherers.

Like Cook, many of those involved in the recall campaign have business ties to the real-estate industry, as do the majority of major donors to the campaign.

For weeks, members of the recall campaign denied signature gatherers were being paid. Keith McHenry of Food Not Bombs was among the first of many community members who reported their encounters with paid recall signature gatherers around the City of Santa Cruz.


More information about the campaign to stop the recalls can be found: here.

A list of businesses to boycott whose owners are supporting the recall effort can be found: here.