Newswire
Calendar
Features
Home
Donate
From the Open-Publishing Calendar
From the Open-Publishing Newswire
Indybay Feature
Publish to Newswire
Add an Event
Related Categories: Santa Cruz Indymedia | Government & Elections
Community Members Report Encounters with Paid Recall Canvassers
by Santa Cruz News Network
Friday Aug 23rd, 2019 6:25 PM
Increasingly, community members in Santa Cruz are reporting on social media enocunters with people they claim are being paid to gether signatures for the petition to recall Progressive Santa Cruz City Councilmembers Drew Glover and Chris Krohn. Keith McHenry, the co-founder of Food Not Bombs, described yesterday an encounter he had with a person who was paid to collect signatures for the recall petitions. "A poor guy outside Trader Joes told me he was paid $6 per signature and that the people who hired him said the money came from local people," McHenry said. In his latest column, Bruce Bratton writes: "It can’t really be true that the re-call Glover and Krohn people are paying clip boarders to collect signatures is it? Money, money, money." Santa Cruz United, the group behind the recall, currently has a message posted on their website that the organization is "all-volunteer".

In another report, a community member described on social media a negative encounter they claim they had in mid-August with a paid Santa Cruz United canvaser at Whole Foods Market. "So they sent one canvasser back and I got him to admit he's getting paid to do this on video," the person wrote.

Perhaps the most dramatic description of an encounter with a paid recall canvasser was posted to the Santa Mierda hate blog. There was some back and forth between the community member who posted it and the blog's author, Take Back Santa Cruz member Steve Schlicht, who is one of the most active supporters of the recall. In short time the comments were removed from the blog.

"I had an encounter with two individuals recently trying to get me to sign. They were not representative of this movement. One of them was high. If this is a grassroots movement we should not be hiring out. Very disheartening, confusing, unethical and misguided. So disappointed."

"The advocates claimed to be from San Jose, not Santa Cruz. Just hired to get signatures."

"Their ranting about Glover and Krohn didn't even have the facts right."

"I'm not sure Santa Cruz Together is all that together. Perhaps the big money is driving this, if so it's not a grass roots movement and explains why so many small time owners/landlords are just selling."


A list of donors to the recall campaign, who are mostly connected to Santa Cruz Together and other real estate interests, can be found: here. 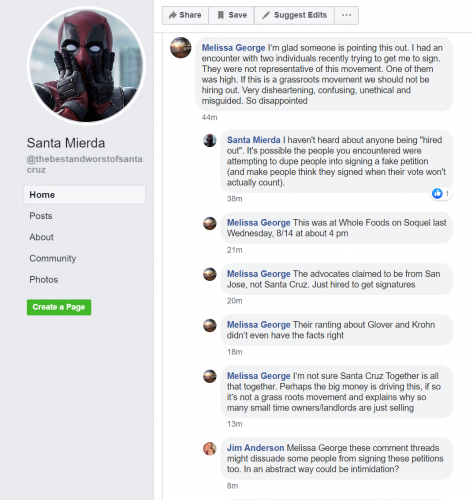 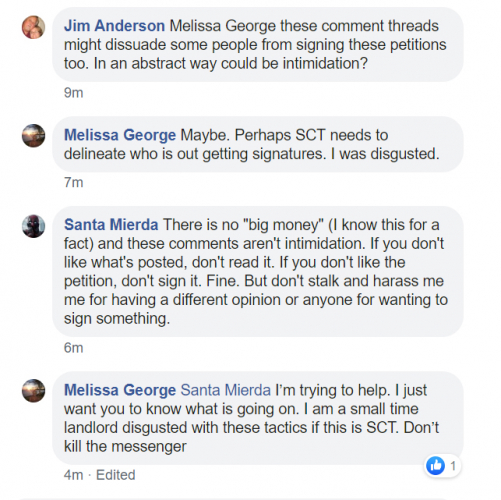 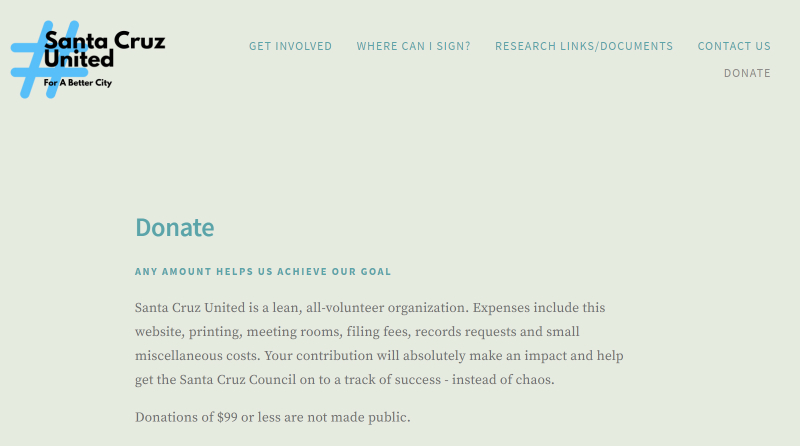 original image (1600x892)
From the "Donate" page of the Santa Cruz United website: 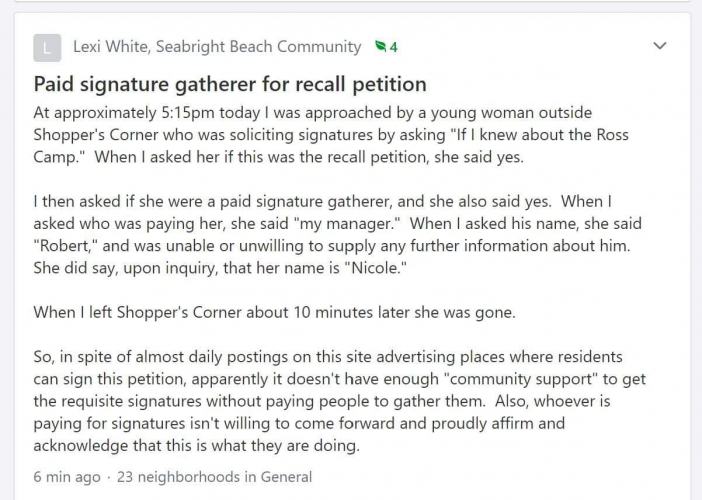