Add an Event
Newswire
Calendar
Features
Home
Donate
From the Open-Publishing Calendar
From the Open-Publishing Newswire
Indybay Feature
Publish to Newswire
Add an Event
Related Categories: East Bay | Police State & Prisons
Memorial March and Rally on the 3rd Anniversary of the Murder of Oscar Grant
by Bradley Stuart (bradley [at] riseup.net)
Monday Jan 2nd, 2012 12:47 AM
On January 1st, 2012, hundreds of people marched from Oscar Grant Plaza (a.k.a. Frank Ogawa Plaza) at 14th & Broadway in Oakland to the Fruitvale BART station for a rally to commemorate Oscar Grant and many more people killed by the police. Three years ago on January 1st, 2009, Oscar Grant, an unarmed black worker, was executed by Johannes Mehserle, a white BART police officer. In the wake of that killing, a major political movement was launched in Oakland and across the country. 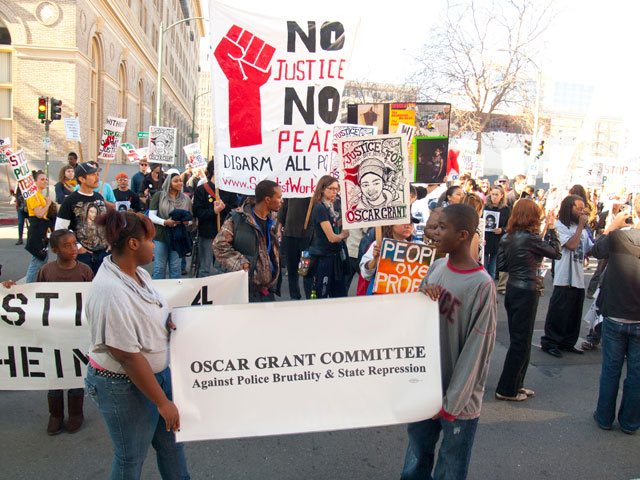 While the case is over and Johannes Mehserle is back on the streets, the Oakland community has not forgotten the father who was murdered three years ago. The memorial march was held in honor of Oscar as well as other victims of police brutality and murder.

"The murder of Oscar Grant awakened Bay Area residents already reeling from police brutality and state repression in their communities," said Anita Wills of the Oscar Grant Committee. "Oscar and all the young people that were attacked and terrorized by the BART police that night, in addition to the many victims of police brutality in the greater Bay Area, have become ingrained in our collective memory." 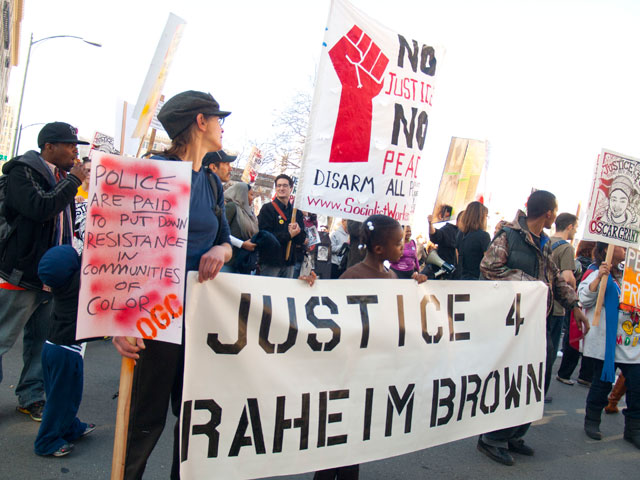 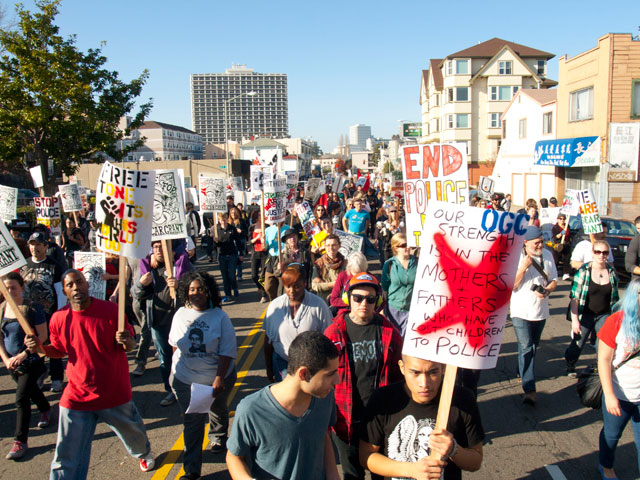 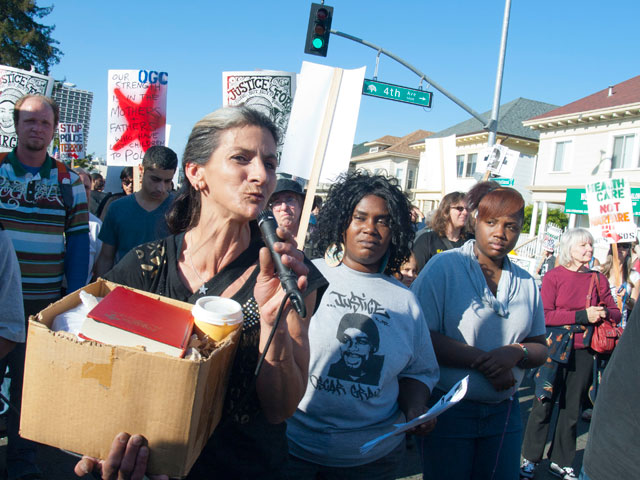 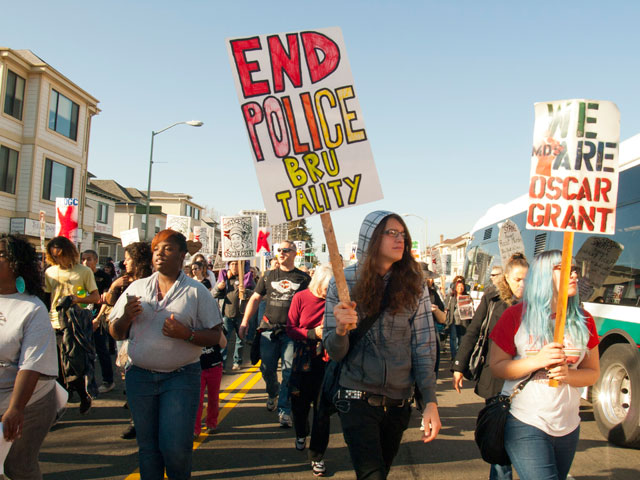 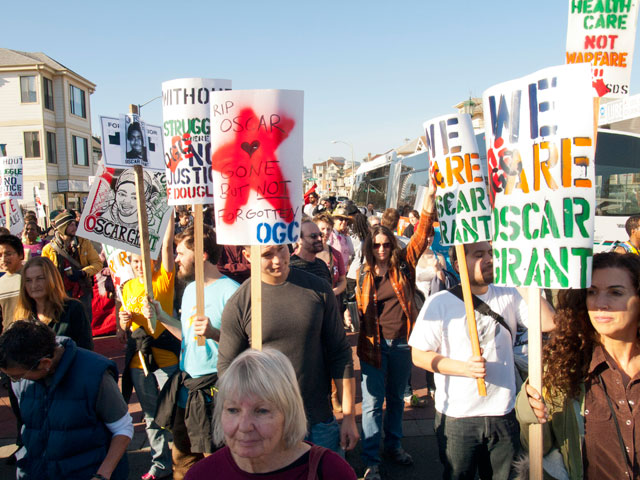 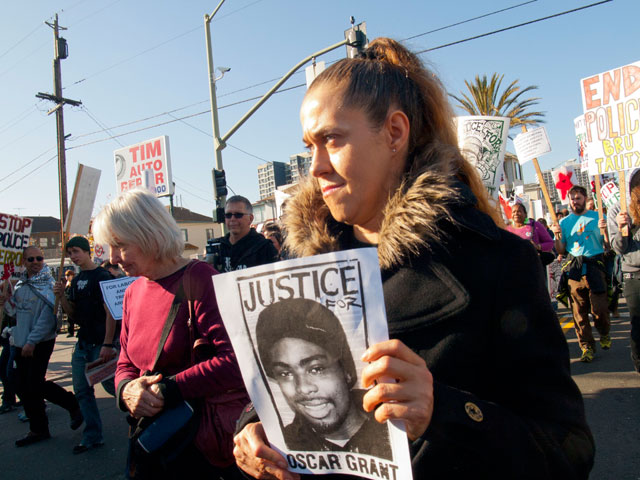 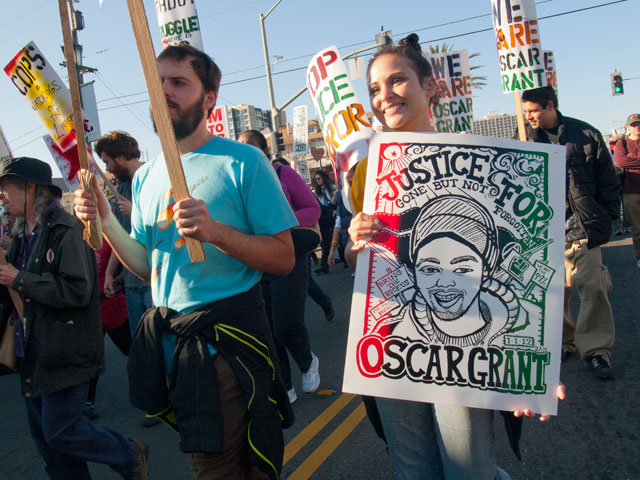 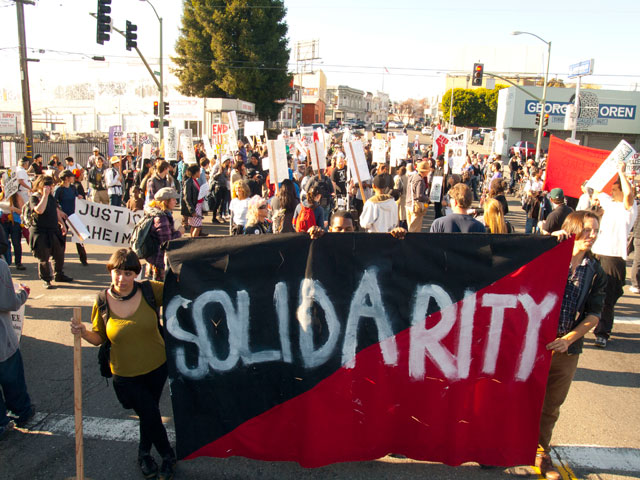 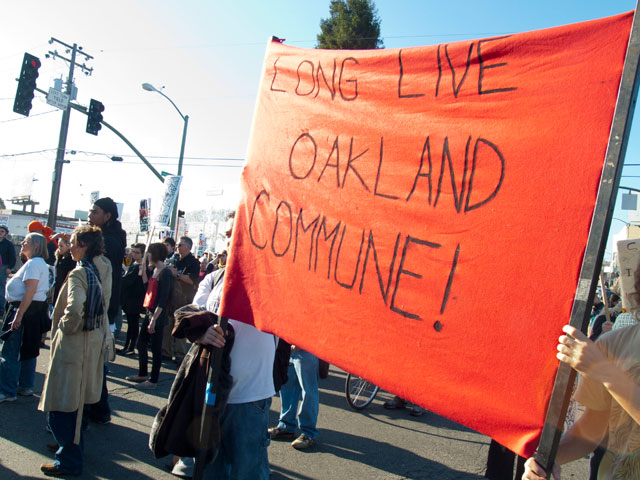 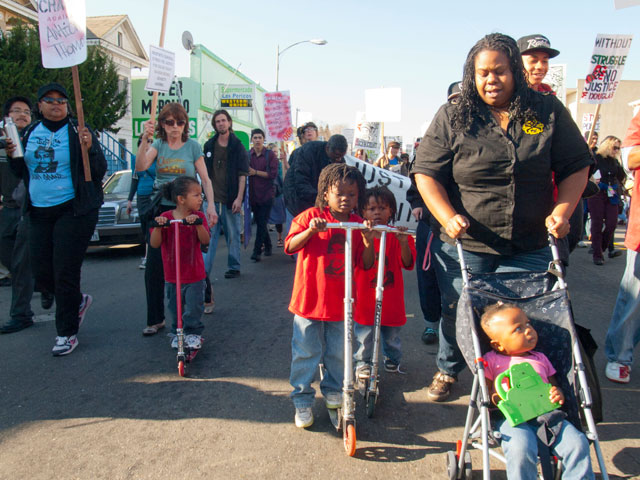 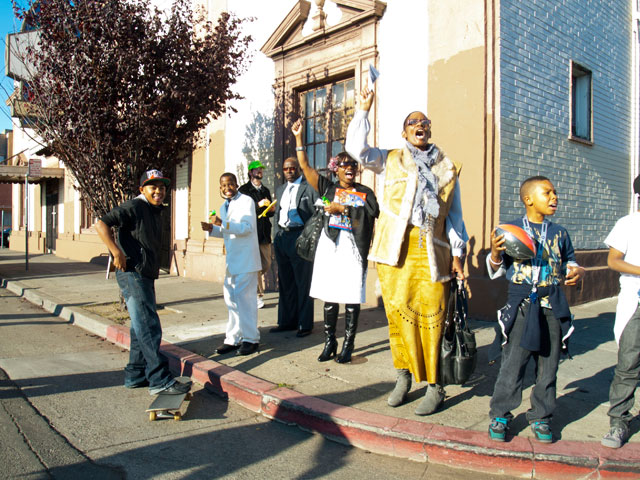 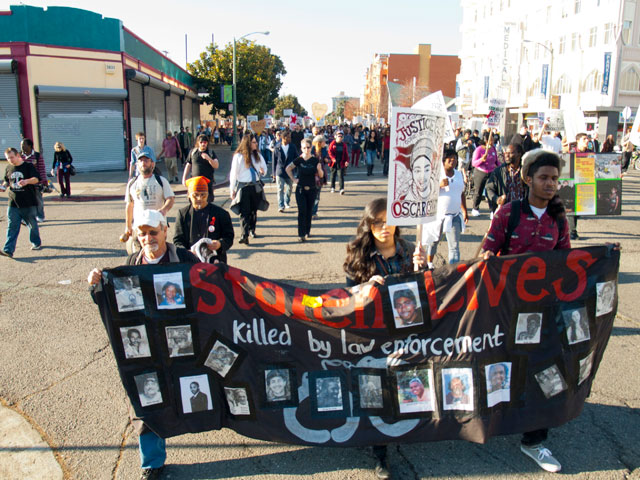 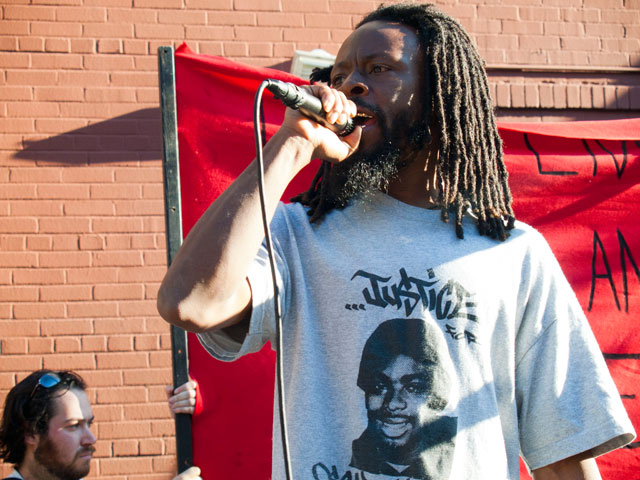 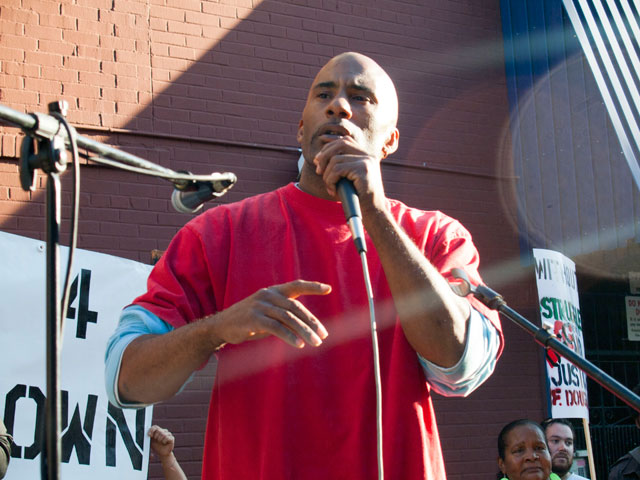 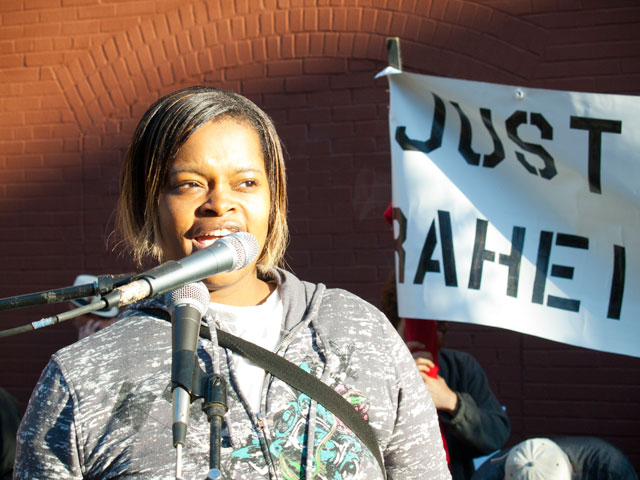 Denika Chatman is the mother of Kenneth Harding, Jr. Nineteen year-old Kenneth Harding, Jr. was approached by San Francisco police officers doing fare inspections on the Muni platform at Third and Palou on Saturday, July 16th, 2011. Within a half block of running from police through a plaza, he was shot down on Oakdale Street and left to bleed to death as police offered no medical assistance.
http://bradleystuart.net
§Danny Garcia
by Bradley Stuart Monday Jan 2nd, 2012 12:47 AM 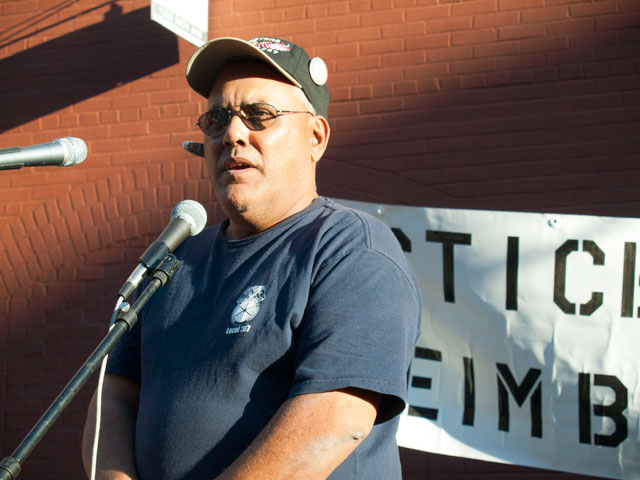 Danny Garcia is the brother of Mark Garcia, who was brutally murdered by the San Francisco police on April 6, 1996.
http://bradleystuart.net
§Sharena Curley
by Bradley Stuart Monday Jan 2nd, 2012 12:47 AM 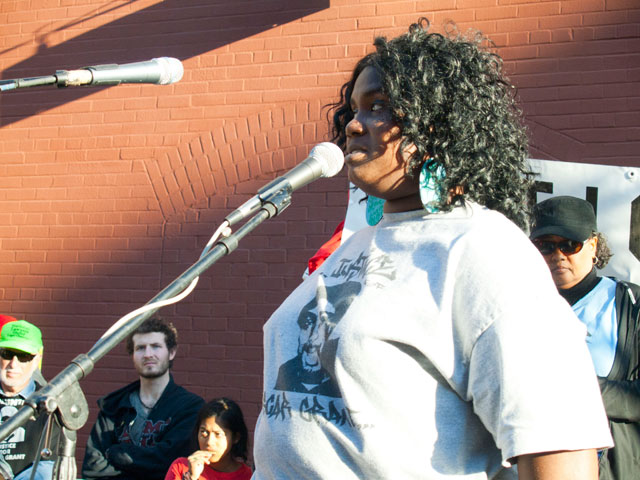 Sharena Curley is the sister of Antioine Thomas, who was brutality framed-up by police in Solano County, and currently caged-up at Soledad prison with a 65-year sentence!
http://bradleystuart.net
§Fruitvale Rally
by Bradley Stuart Monday Jan 2nd, 2012 12:47 AM 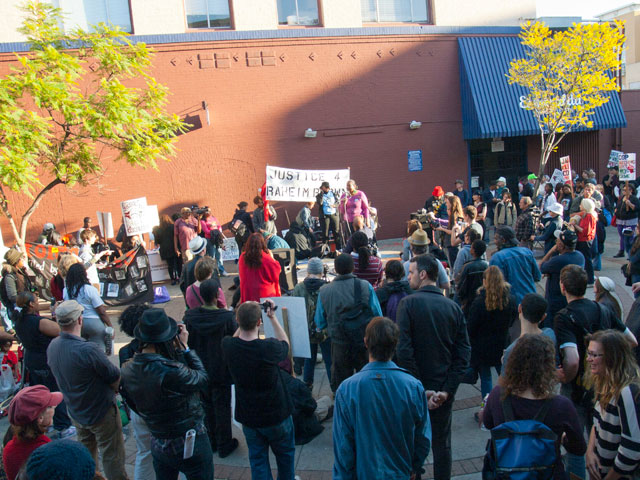 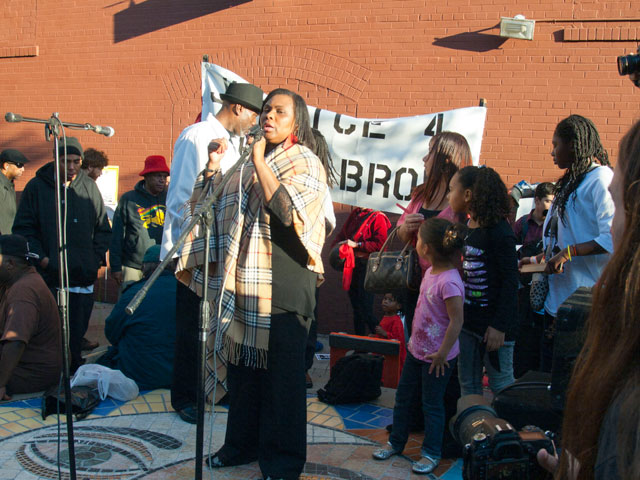 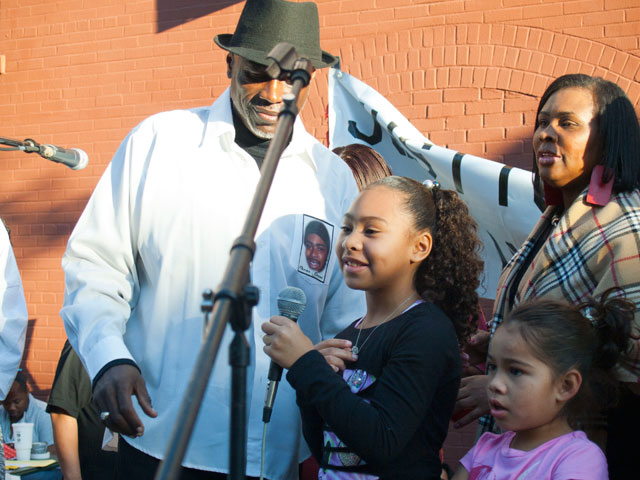 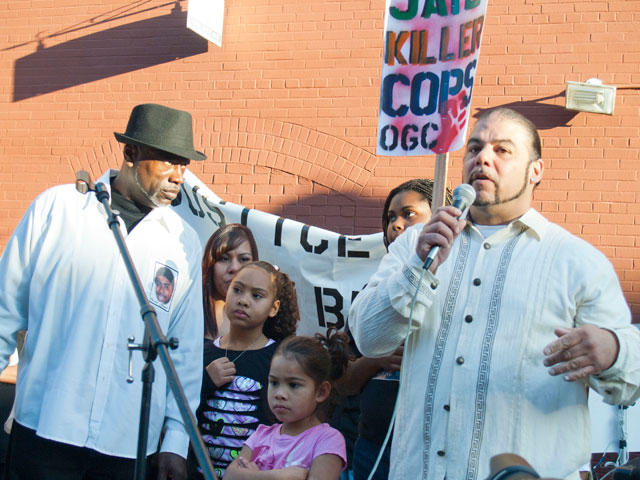 Jack Bryson is the father of two sons who were with Oscar Grant the night he was murdered on the Fruitvale BART platform on New Year's 2009.
http://bradleystuart.net
§Cephus "Uncle Bobby" Johnson
by Bradley Stuart Monday Jan 2nd, 2012 12:52 AM 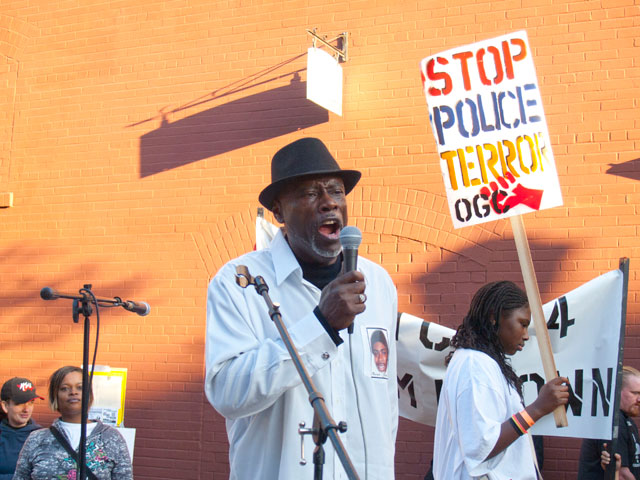 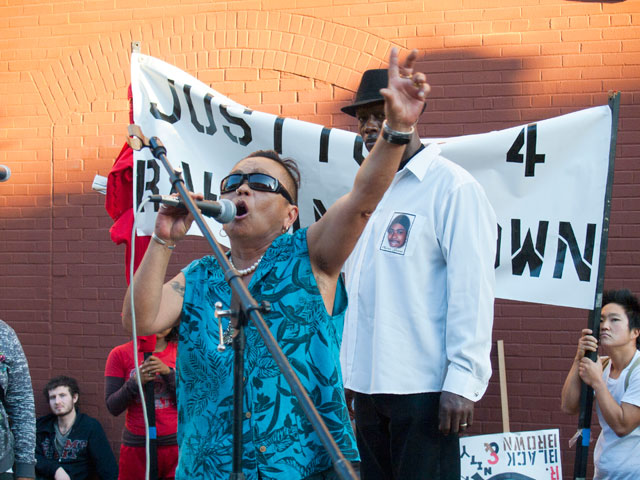 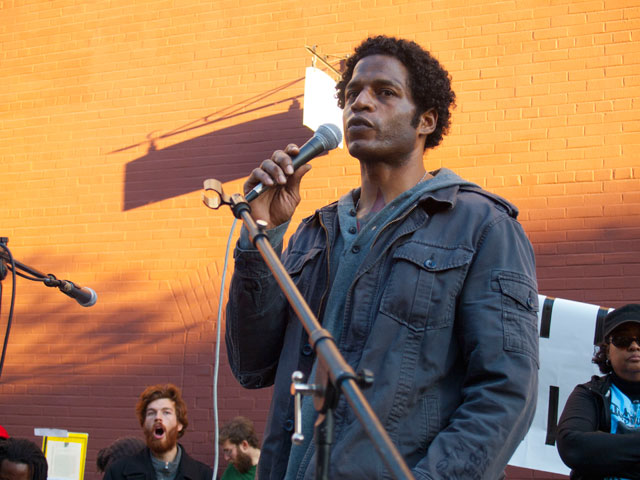 Khalid is a participant in Occupy Oakland.
http://bradleystuart.net
§name spelling
by inga Tuesday Jan 3rd, 2012 11:21 AM
thanks for the photos. i believe the man in the last photo is khalid, not khali.
§re: name spelling
by Bradley Stuart (bradley [at] riseup.net) Tuesday Jan 10th, 2012 9:19 PM
Thanks Inga. The title and caption have been updated.
http://bradleystuart.net
Add Your Comments
Support Independent Media
We are 100% volunteer and depend on your participation to sustain our efforts!