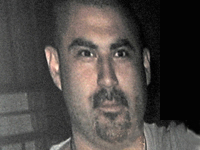 Relatives say that 28-year-old Richard Lua was trying to enter his home on February 11th when he was shocked with a taser by police, went into medical distress, and died. Two San Jose police officers chased Lua from a location near his residence, clubbed him with batons and jolted him with a taser. Richard Lua's death brings the total number of deaths following the use of tasers by police in San Jose to six since June 2004 when the city's Police Department eliminated its rules limiting taser use. In December 2008, Amnesty International reported that since 2001, at least 334 people in the United States have died after being shocked by a taser.

The San Jose Police Department is now under investigation by the Santa Clara County District Attorney's Office who is monitoring the case. The Santa Clara County medical examiner has not released the cause of Lua's death, but the the victim's family reports that he had no known medical conditions that would have led to such a sudden demise. On February 20th, Silicon Valley DeBug, and other concerned activists, held an art and awareness event to raise money for the family to help cover costs associated with Richard Lua's untimely death. Lua was a father to a young child.

At San Jose State University, students are questioning why police are using a weapon that kills so frequently. In an interview with the student paper, The Spartan Daily, a freshman said, "It is shocking because that is what police use all the time on people, and it is not supposed to kill them, just stop them." The SJSU campus police use tasers. They say they have yet to cause a taser-related death on campus. Some are wondering if it is just a matter of time before that happens.

Gathered Together for Richard Lua, Victim of San Jose Police |

Hard Knock Radio on Police Use of Tasers

See also: Dozens March to Ban Tasers in Santa Rosa || Canadian RCMP: "taser guns can kill" -- to restrict use of tasers || Family of San Jose man who was killed by police taser February 11, 2009 are outraged || Another Taser Death from SJPD