Add an Event
Newswire
Calendar
Features
Home
Donate
From the Open-Publishing Calendar
From the Open-Publishing Newswire
Indybay Feature
Publish to Newswire
Add an Event
Related Categories: Santa Cruz Indymedia | Education & Student Activism | Environment & Forest Defense
One Year Anniversary Celebration at the UCSC Tree-Sit
by ~Bradley (bradley [at] riseup.net)
Saturday Nov 8th, 2008 5:05 PM
On November 7th, about 75 people turned out on Science Hill, the site scheduled for construction of a Biomedical Sciences Facility, to celebrate the one year anniversary of the UCSC Science Hill Tree Sit. The festivities featured speakers, spoken word, and musical performances, as well as laughter, storytelling and conversation. People also marked the occasion by sharing memories of November 7th, 2007, the day that hundreds of courageous students, staff, faculty, and community members withstood the violence of the police in order to support the tree sit. 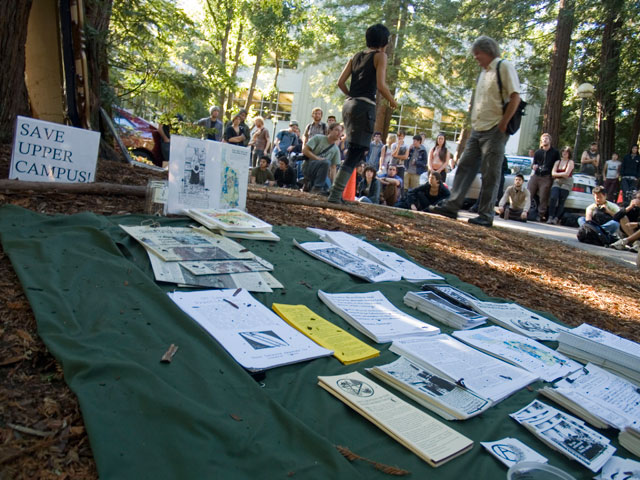 On November 7, 2007, people took to the redwoods at the site of the proposed Biomedical Sciences building to show their opposition to destroying 120 acres of upper campus and having an additional 4,500 students taking from Santa Cruz’s limited resources. The protestors were surrounded by police as they hoisted platforms into the redwoods on Science Hill. Meanwhile, a rally in opposition to the University’s plans met at the Baytree Bookstore to hear people speaking on why UCSC’s Long Range Development Plan was bad for students, faculty and the community as a whole. The rally turned into a march that headed towards the newly-launched Tree Sit in order to supply food and water to the people in the trees. The police, with large forces called in from around Santa Cruz County, tried to prevent the rally from sending up supplies. The crowd did not back down, even when the cops turned violent, and eventually the cops backed down. The protestors celebrated by sending food up to the Tree Sitters and setting up a ground occupation in the parking lot under the trees.

A year later, and the Tree Sitters have been through a lot — pepper-spraying cops, ninety-mile-an-hour winds, and disgruntled administrative messages — but they are still holding strong. The city and the University made a deal in which the University agreed to pay “normal city taxes” for their construction, but the deal did nothing to change the degradation of upper campus nor did it change the projected enrollment. The need for grassroots community involvement is greater than ever. Now is the time to tell the University “No construction in upper campus!”

For more information and past coverage, check out: 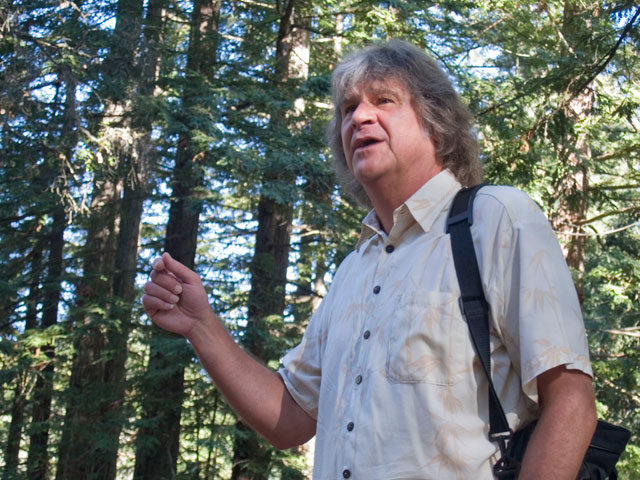 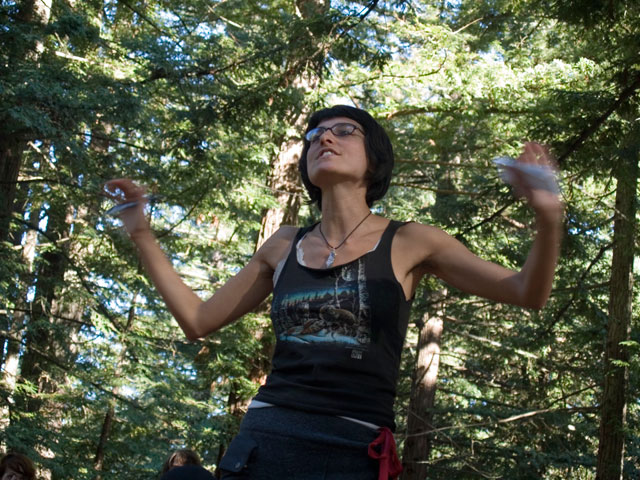 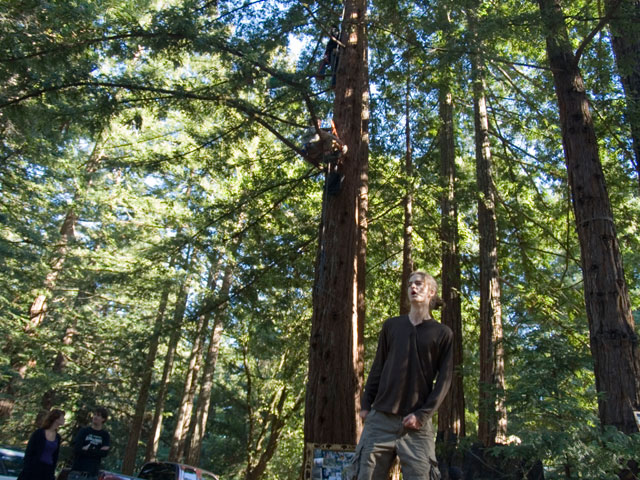 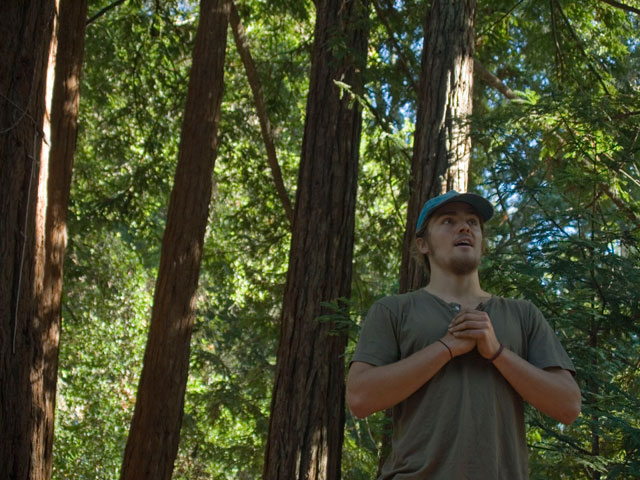 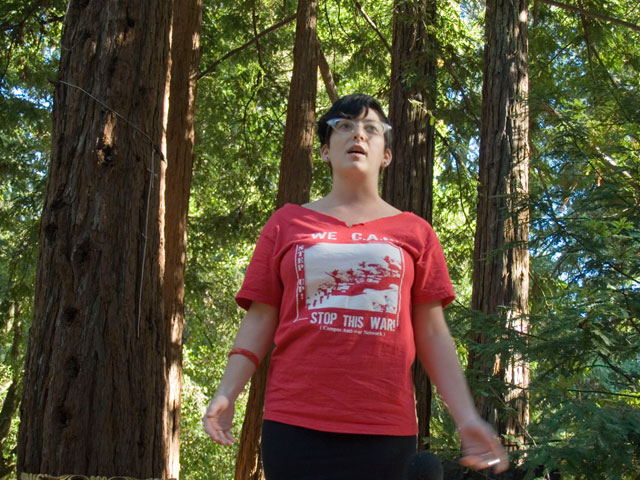 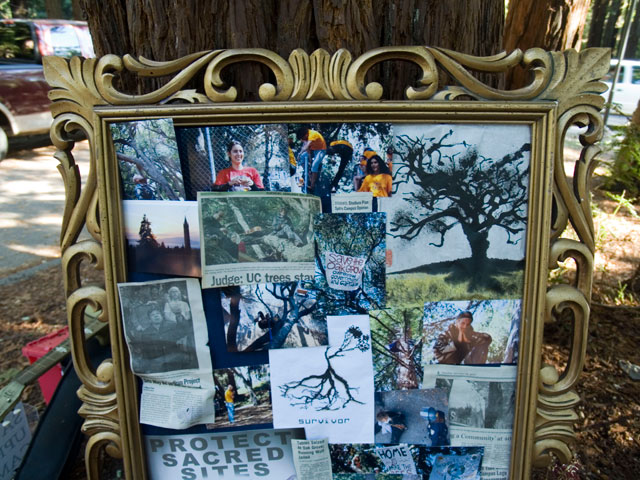 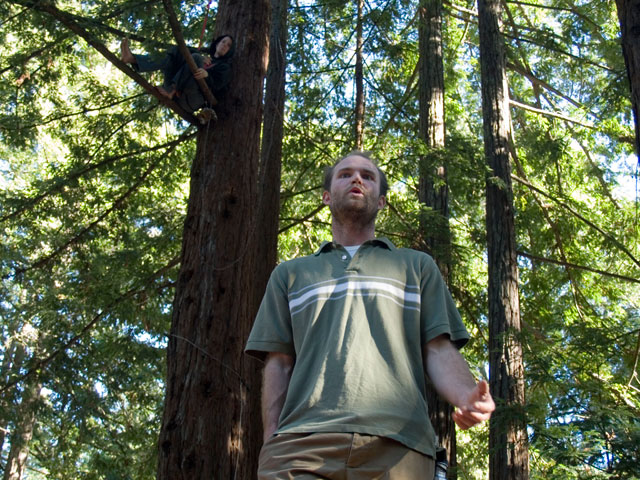 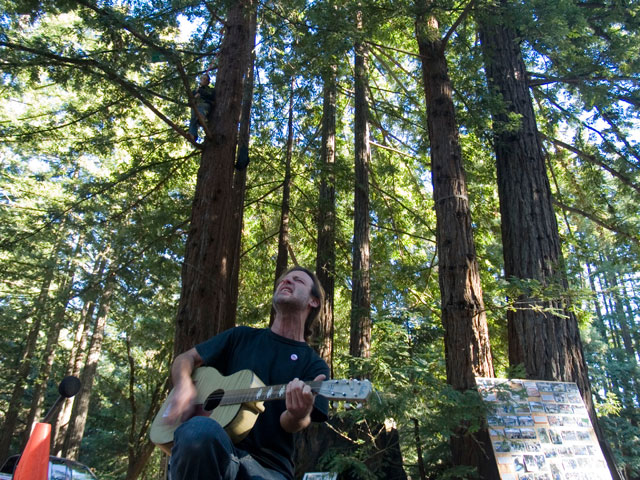 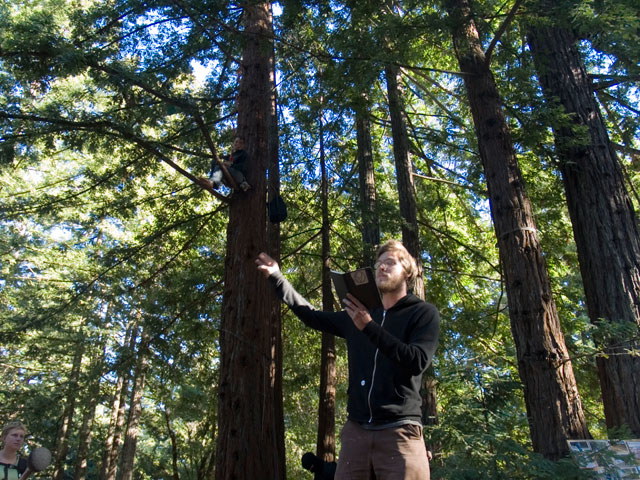 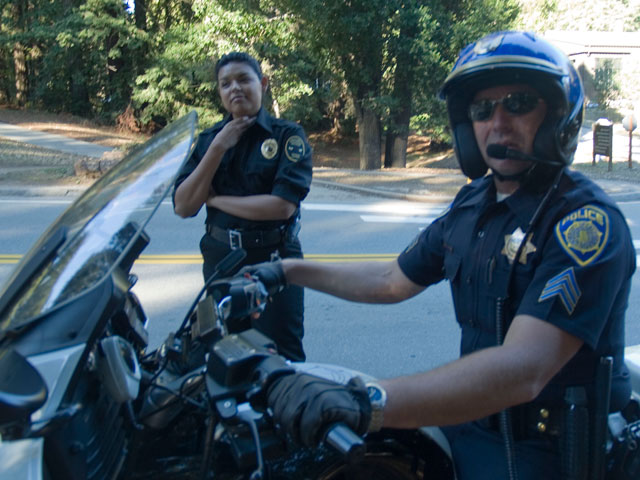 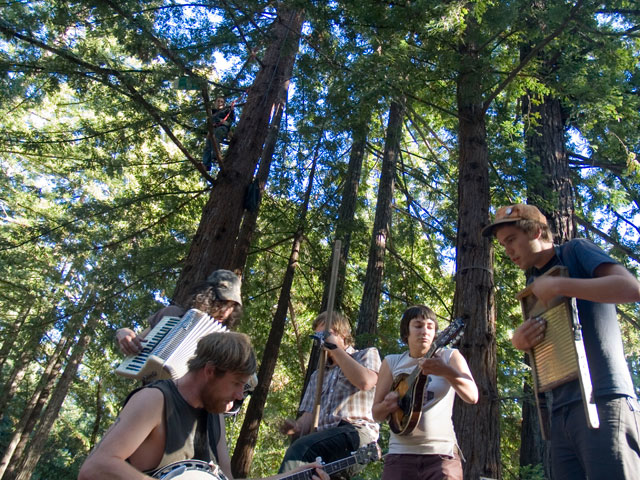 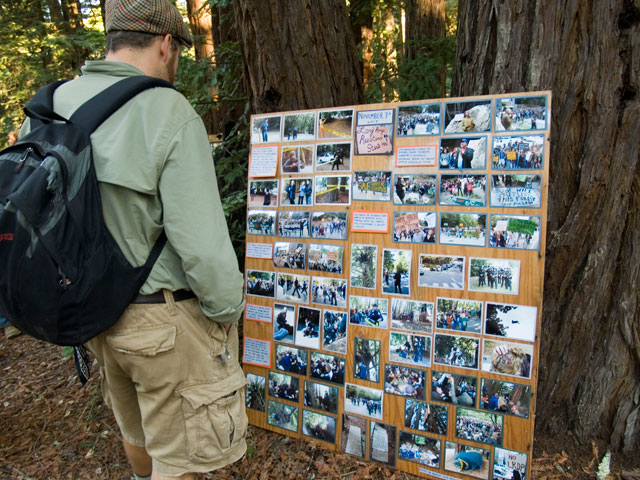