Add an Event
Newswire
Calendar
Features
Home
Donate
From the Open-Publishing Calendar
From the Open-Publishing Newswire
Indybay Feature
Publish to Newswire
Add an Event
Related Categories: Santa Cruz Indymedia | Education & Student Activism | Environment & Forest Defense | Police State & Prisons
Police Officers Pepper Spray People on Science Hill
by ~Bradley (bradley [at] riseup.net)
Saturday Jan 12th, 2008 11:56 PM
On January 12th, two University of California police officers used pepper spray to disperse about 15 people gathered below an occupied redwood tree on Science Hill at UC Santa Cruz. The officers got out of their car, which was parked in the parking lot, and then followed the people dressed in black and wearing bandannas across their faces. One of the officers proclaimed that the group was trespassing and then both officers began pepper spraying people in their faces.

No one was apprehended by the two officers and more police quickly arrived on the scene. Two bags, which appeared to contain food items, were left below the tree until an officer took them to the backseat of a police car. Several police cars rapidly drove away from Science Hill and may have been pursuing the group which they accused of assisting trespassers. 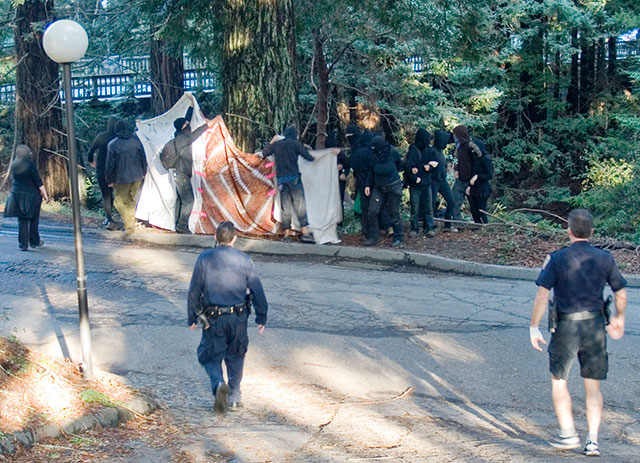 Shortly after the pepper spraying, three treesitters came down to the lower branches of the redwood and discussed some of their motivations with a group of inquisitive supporters. One the treesitters spoke of how he grew up in Santa Cruz and developed a deep passion for the trees at UCSC. Since being in the tree, he has come to more fully appreciate the relationship other animals have with the redwoods.

A student stood below the tree and told people in and below the tree that the reason he was there was because he received an email from UCSC telling him to avoid the treesit. The treesitters thanked their inquisitive supporters for the good conversation and encouraged people to stop by anytime with food or for conversation. A few final suggestions from a treesitter were that people should be more casual and come during the day in smaller groups when the police are not around.


For more information about the treesit on Science Hill against UCSC expansion and the increased police repression, see: 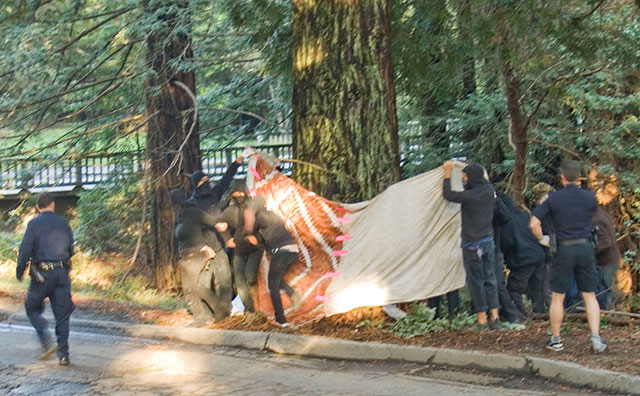 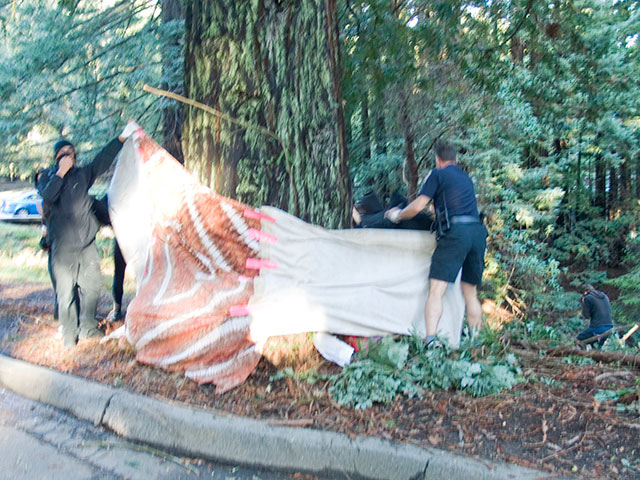 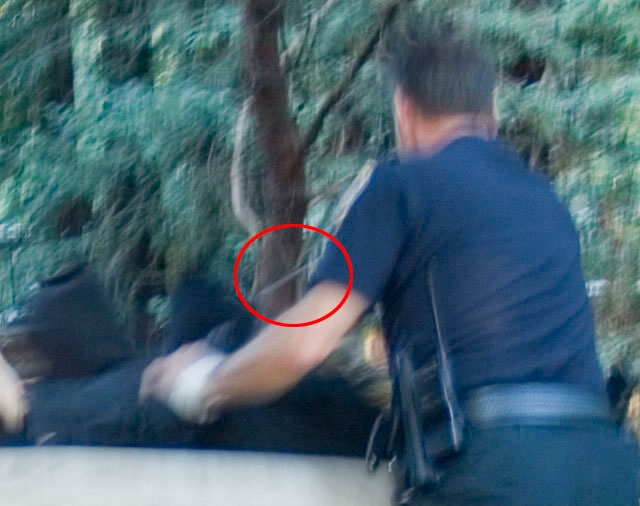 a close up from the photo above
§An Officer Continues Pepper Spraying
by ~Bradley Saturday Jan 12th, 2008 11:56 PM 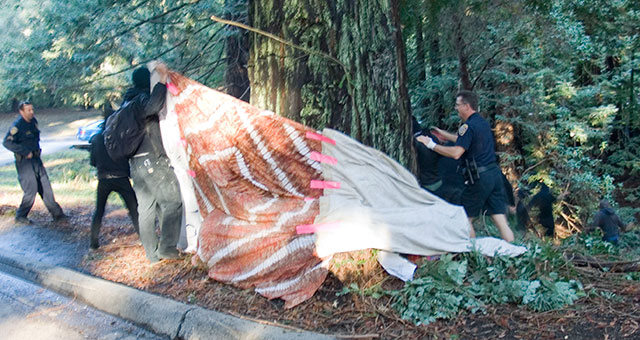 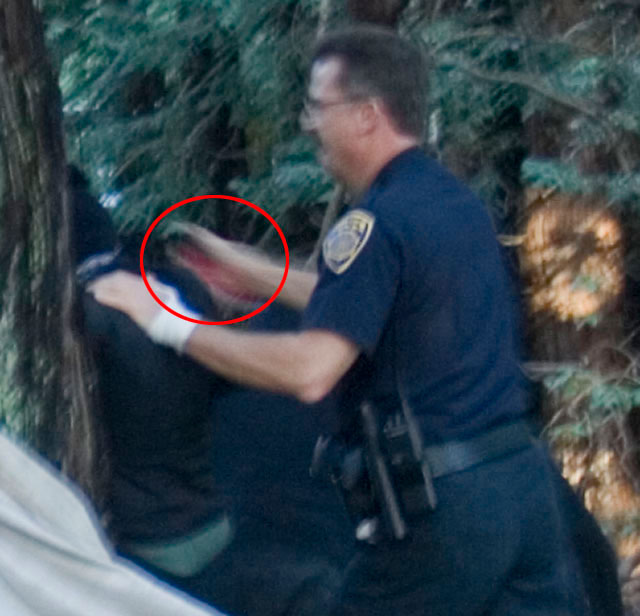 a close up from the photo above
§Officer Holds Pepper Spray After Spraying People
by ~Bradley Saturday Jan 12th, 2008 11:56 PM 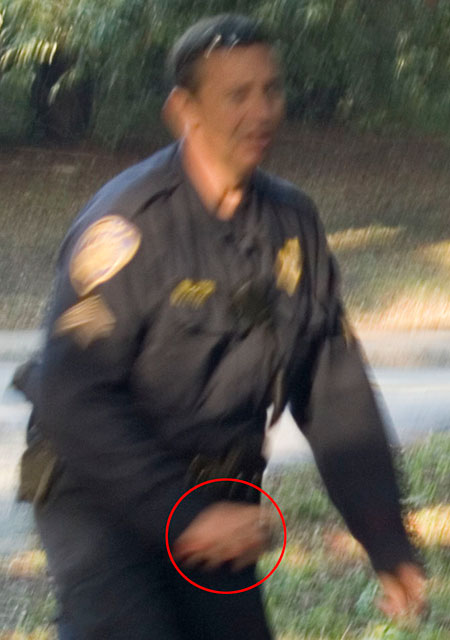 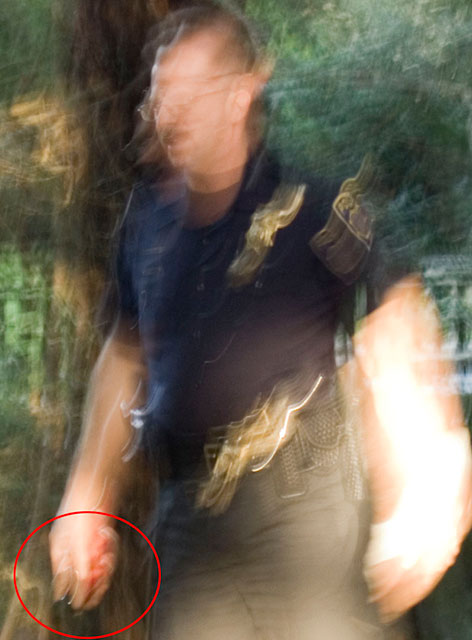 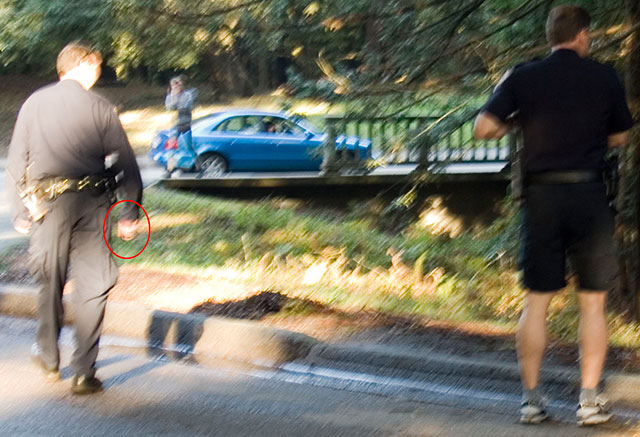 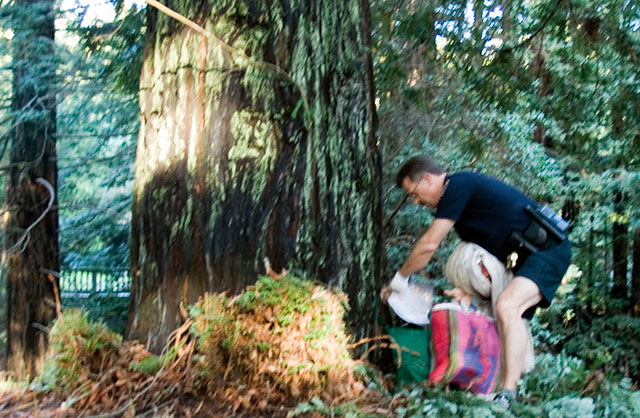 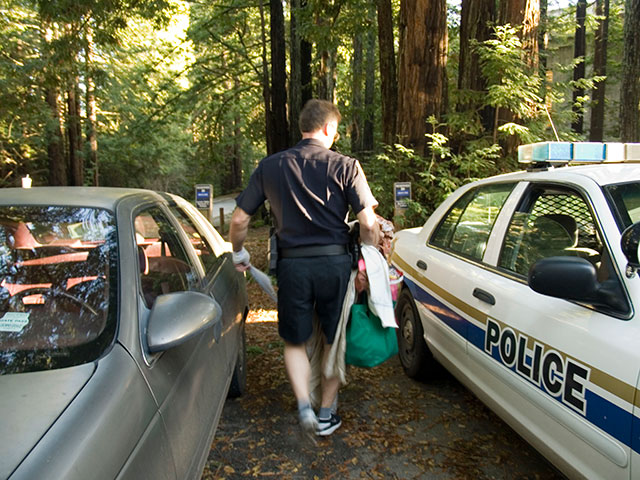 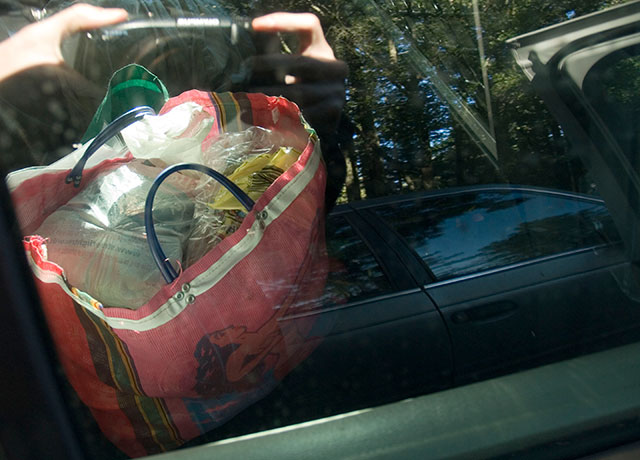 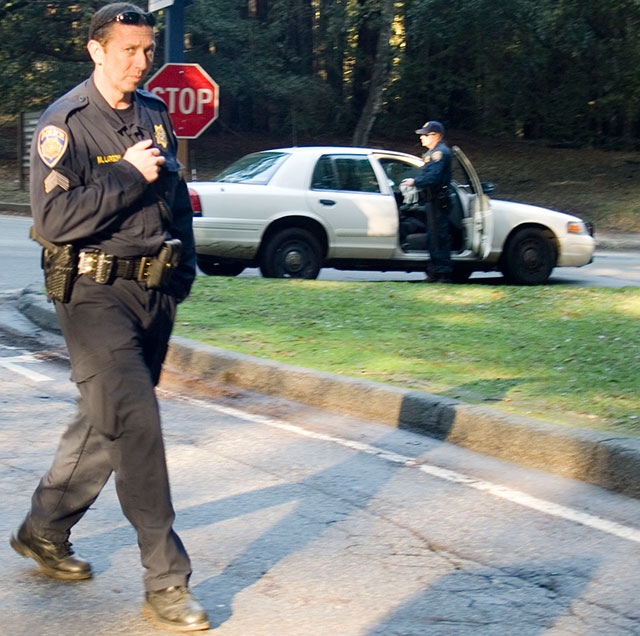 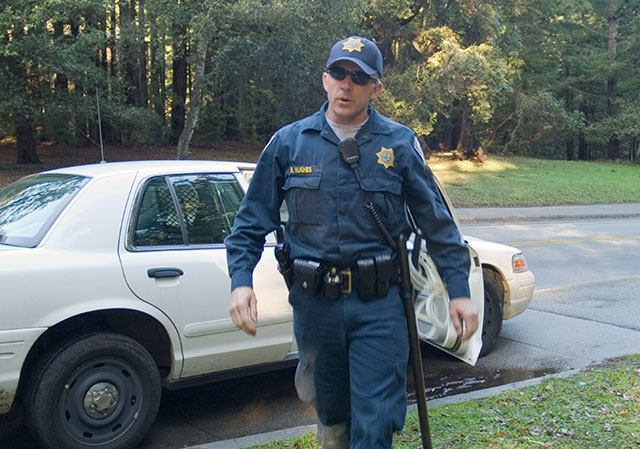 A slightly humorous point of the day came when Officer Brian Hughes said to me, just before this photo was taken, "Bradley, I will arrest you if you get in my comfort bubble."

Of course this was only humorous because Officer Hughes quoted funny words from the eyewitness account posted on SC-IMC about his unjustified violence on the night of January 9th. 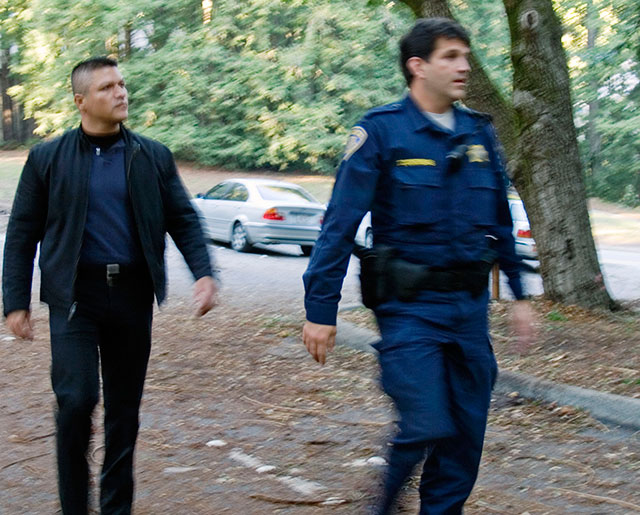 The guy on the left might have been involved with the security hired to keep watch on Science Hill, however Officer Tony Contreras was pointing out which trees were occupied.
§Police
by ~Bradley Saturday Jan 12th, 2008 11:56 PM 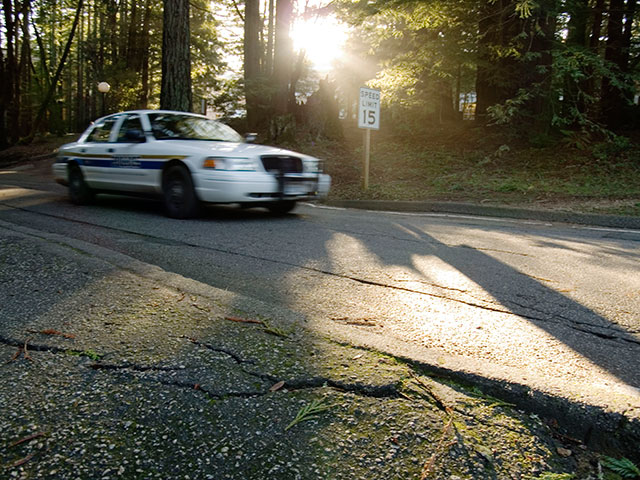 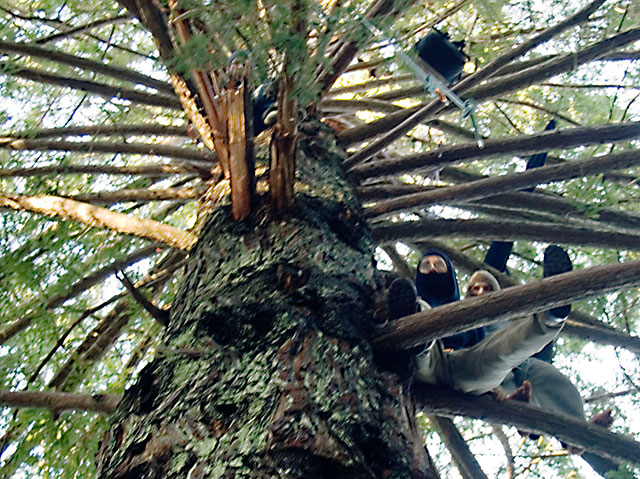 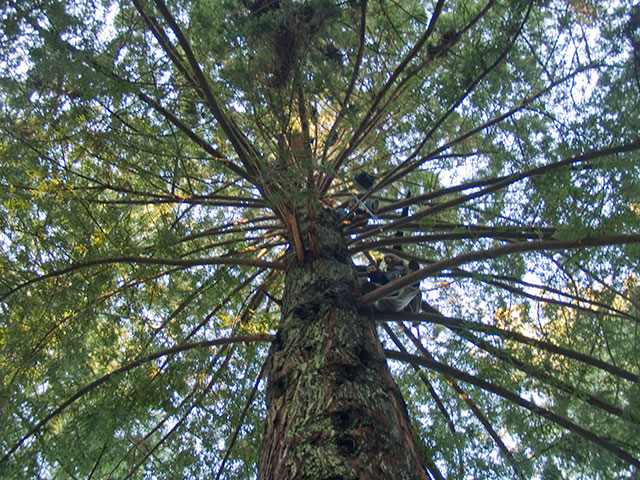 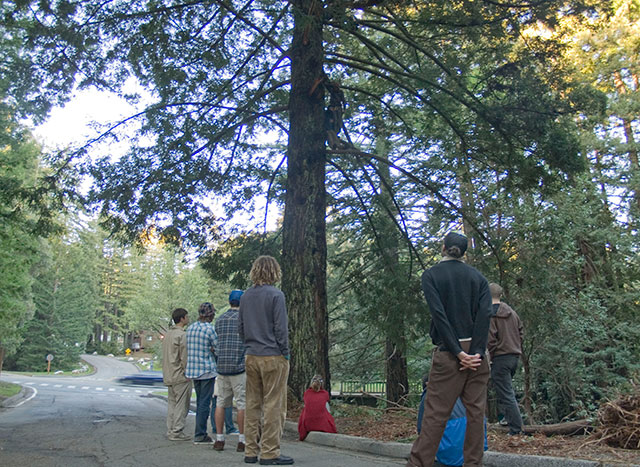