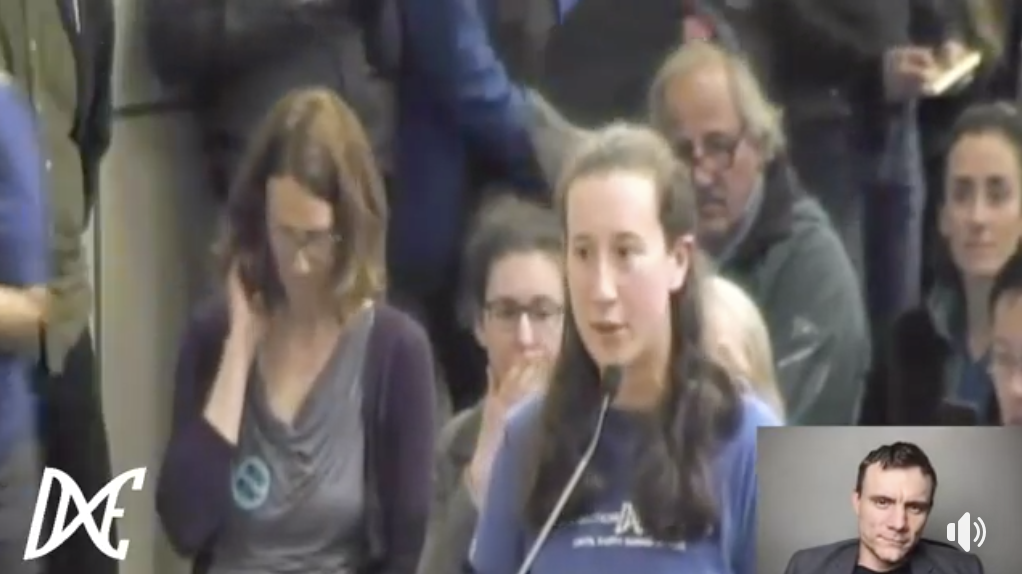 
On December 10, the Berkeley City Council voted in support of a resolution disavowing the felony charges pending against the six Berkeley residents. The charges, which include burglary and conspiracy, stem from three actions at Sonoma county factory farms (in May 2018, September 2018 and June 2019). In each case, activists to attempting to provide care to sick and dying animals were halted by mass arrest. Over 80 supporters turned up wearing matching blue shirts.

DxE says clear instances of criminal animal cruelty inside Sonoma county farms have been ignored by authorities at all levels. With no enforcement action taken, they say they’ve been forced to take action themselves to help dying animals, expose the abuse, and ultimately create a world that reflects the values of ordinary people who have compassion for animals.

“This resolution is the latest chapter in Berkeley’s history as a progressive leader,” said Cassie King, a 2018 UC Berkeley grad currently facing eight Sonoma county felony charges. “The world is changing -- protecting animal rescue, not animal abuse -- and Berkeley is pushing that frontier.”