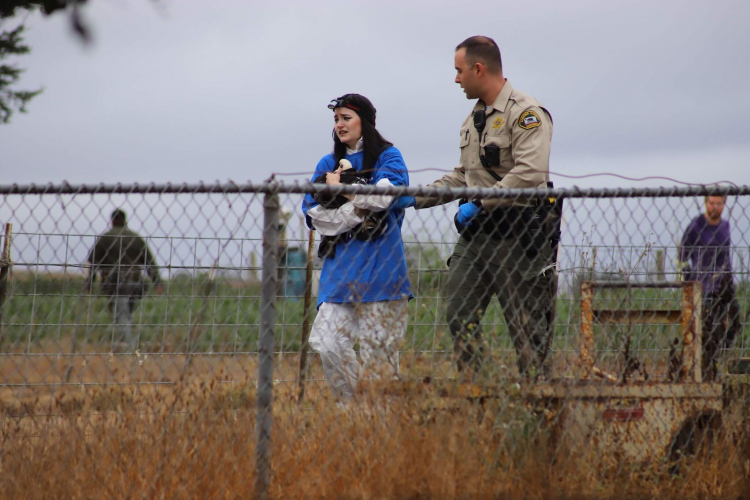 original image (2048x1365)
September 29, 2018, Petaluma, CA — 58 activists (Sonoma County Sheriff’s Office is reporting 67, DxE’s count is 58) with the grassroots animal rights network Direct Action Everywhere (DxE) were arrested and charged with felony conspiracy, felony burglary and misdemeanor trespass charges following a vigil and sit-in inside an industrial shed at a Petaluma, California factory farm which supplies chicken to Amazon Fresh. Activists are expected to be held on $20,000 bond each until at least Monday.

Many chickens were removed from a huge shed on the farm and provided preliminary veterinary care at an on-site medical tent, but all but one were forcibly removed by police who have since euthanized them. The lone chicken who was saved has been transported to an undisclosed animal sanctuary for lifetime care.

Activists say they took the action to highlight both corporate and government inaction in the face of animal cruelty. Already facing felony charges for prior investigations, DxE says today’s charges are another instance of corporate misuse of the legal system to silence whistleblowers.

“Ordinary people don’t support violence towards animals,” DxE investigator Priya Sawhney said. “Companies like Amazon sell a lie of animal compassion and seek to silence any who expose them.”

Chicken from the Petaluma Poultry farm is marketed by Perdue as free range, and has made national headlines for its supposed humane animal care. But DxE says its undercover camera footage shows thousands of birds crowded in industrial sheds and no evidence of the birds stepping outside. DxE claims this is a result of the rollback of the organic animal welfare rule by the Trump administration, allowing factory farmers to falsely market their facilities as “free range.” Petaluma Poultry is the leading producer of USDA certified organic chicken.

A neighbor said that he’d never seen any chickens outside at the farm in the past eight years — until animal activists showed up today, and hundreds of chickens could be seen outdoors.

“Animal abuse is the crime here, not animal rescue,” DxE investigator Cassie King said. “It’s time Amazon and other companies take a stand for transparency rather than actively suppressing the truth.”

Around 140 activists walked onto the farm, holding flowers in their hands. The activists, who donned veterinarian-approved biosecurity gear, entered one of the industrial sheds to document conditions, provide food and water to starving and/or thirsty birds, and rescue those in need of immediate care. Without accountability or transparency, the activists say they have no choice but to take action themselves.
http://directactioneverywhere.com
§
by DxE Sunday Sep 30th, 2018 12:39 PM 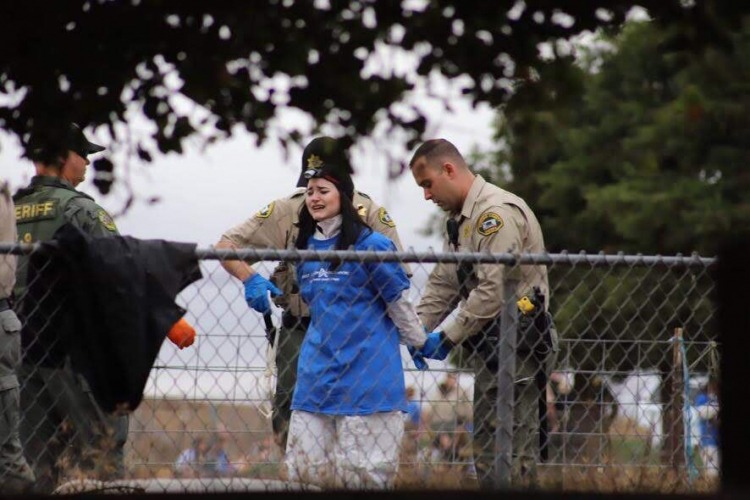 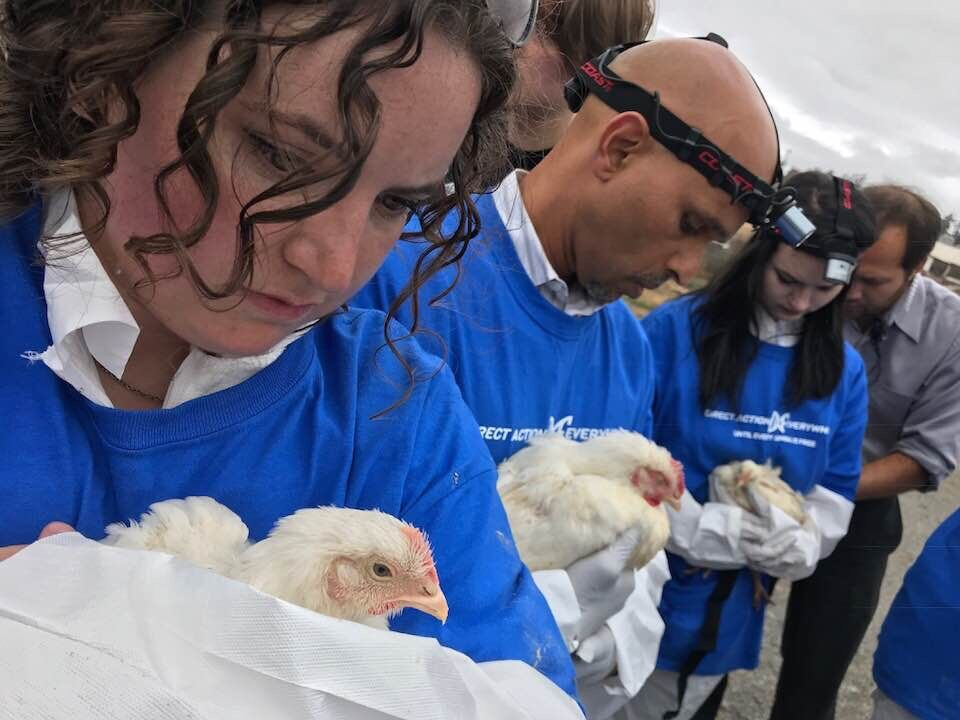 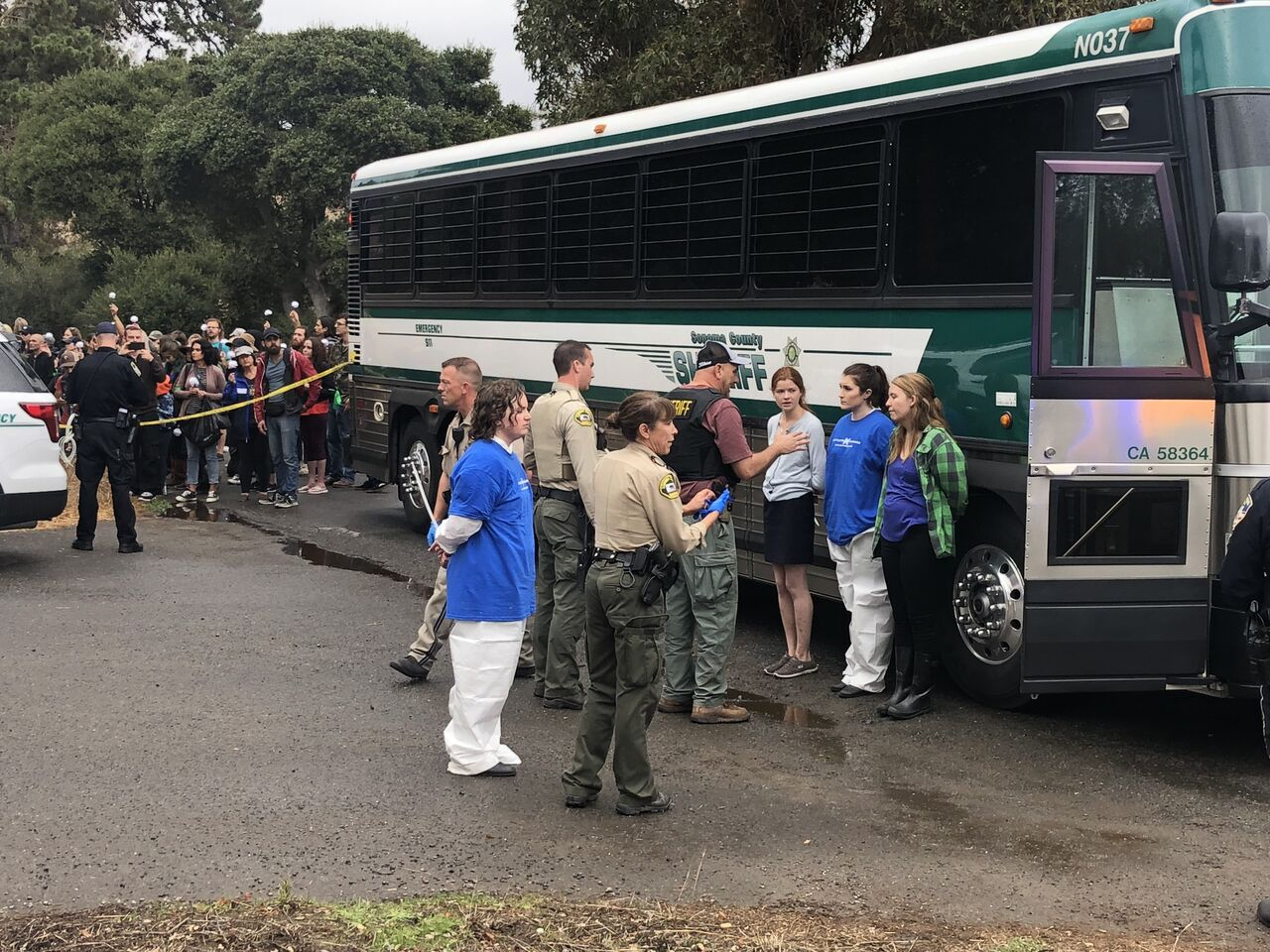 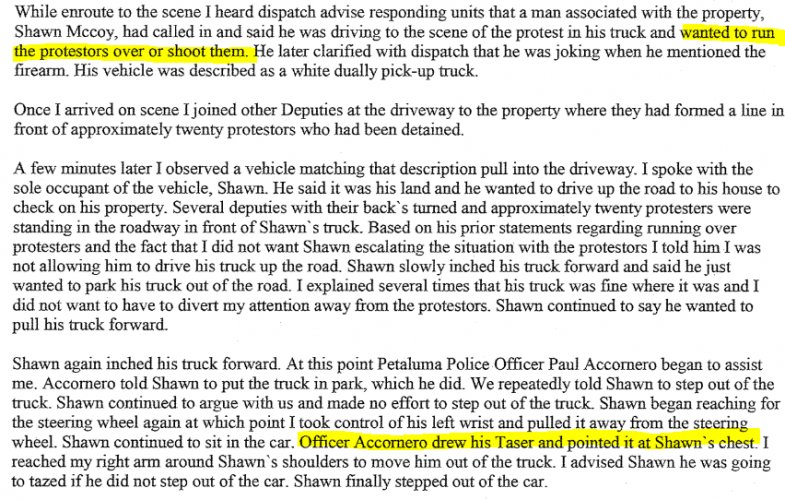