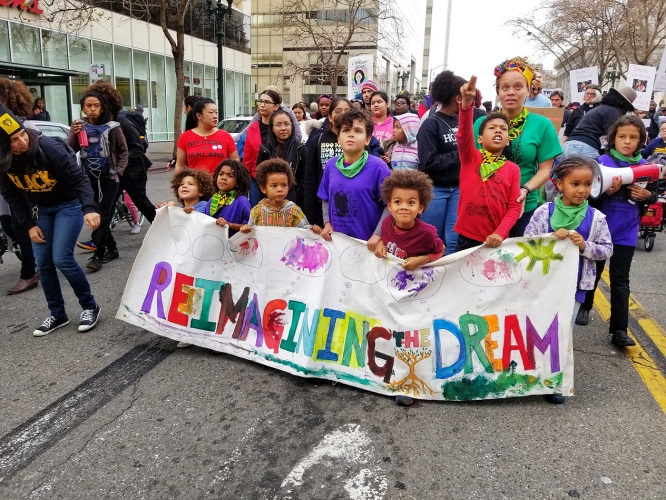 In their call to action, the Anti Police-Terror Project (APTP) states, "Join us and show the Trump-Schaaf Regimes that WE WILL NOT COMPLY with their corporate agenda."

One of many direct actions over the 96 hours began on Saturday night, January 13, when demonstrators spent 4.5 hours outside the home of Oakland Mayor Libby Shaff to represent 10 minutes for each unhoused person sleeping on the streets each night in Oakland. A message delivered to the mayor was that, "If you want Oakland residents to open up their homes to solve the housing crisis (rather than freeing up $ by defunding OPD), please show us your commitment by doing so yourself."

On Monday, January 15, 2018, APTP and many other Bay Area community based organizations marched for hours through the streets of downtown and West Oakland to reclaim MLK Day and the radical legacy of Martin Luther King Jr. Community members came out of their homes and places of precarious employment to check out and join the march, to cheer it on, and take document the occasion.

"They are destroying our communities. They want us gone."
-Pastor Ben McBride [video below]

The Radical Monarchs, an activism organization for girls of color, led a march through the streets and into Oscar Grant Plaza (formally called Frank Ogawa Plaza) which quickly filled up for the pre-march rally. Speakers addressed the crowd from the back of a large truck while highlighting the radical direct action politics of Martin Luther King Jr., and pushing back against the recuperation of MLK's legacy.

Recuperation is a process by which radical ideas and images are twisted, co-opted, absorbed, defused, incorporated, annexed and commodified within media culture and bourgeois society, and thus become interpreted through a neutralized, innocuous or more socially conventional perspective.

The following call to action, We Will Not Comply, is from the Anti Police-Terror Project (APTP).

Even before Trump took office and the KKK took off their hoods, we saw open displays of white supremacy and state-sponsored violence in the Bay Area. We saw police agents murder our Black and Brown community members in broad daylight with no repercussions. We saw local city governments embolden law enforcement departments with unlimited overtime, paid leave after murdering residents, militarized equipment, and a blank check to use dangerous and “non”-lethal devices to crack down on our culture and political dissent.

Even before the Oakland Police Department received national news coverage for the rape of a young teen sex worker by tens of law enforcement agents across the Bay Area, we saw the open sexual harassment and exploitation of our Black and Brown community members in broad daylight with no repercussions.

Even before the GOP-controlled U.S. Congress began its warpath to destroy healthcare and public education and exacerbate poverty, we saw our local city governments do NOTHING to aid long-time residents at risk FOR YEARS as the housing crisis continues to grow worse and worse.

That’s why we are telling all agents of our oppression, from 45 to Oakland Mayor Libby Schaaf that WE WILL NOT COMPLY with their corporate agenda.

The Anti Police-Terror Project began as a project of the ONYX Organizing Committee. We are a Black-led, multi-racial, intergenerational coalition that seeks to build a replicable and sustainable model to eradicate police terror in communities of color. Coalition members include the Black Power Network, Community Ready Corps, Workers World and the Idriss Stelley Foundation. 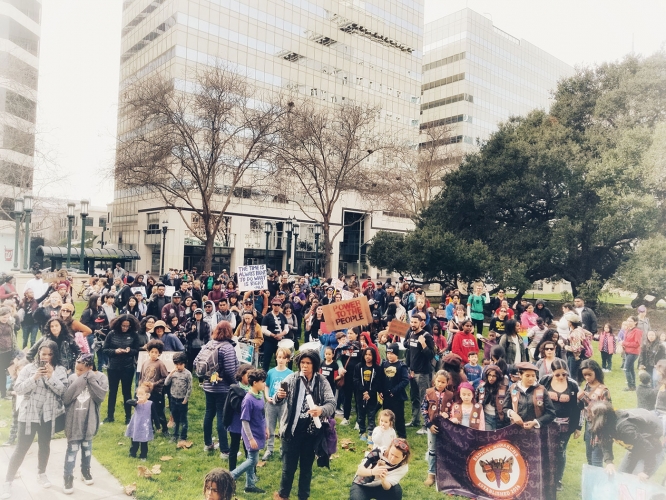 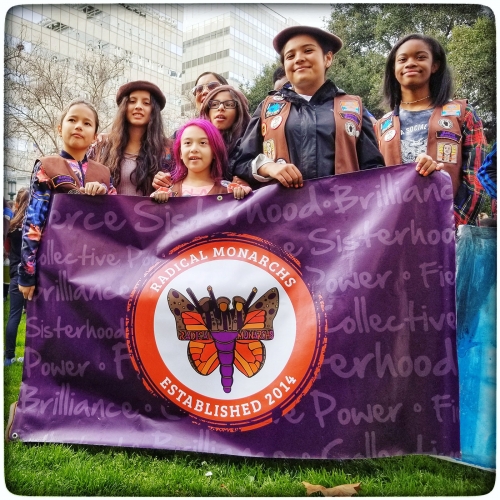 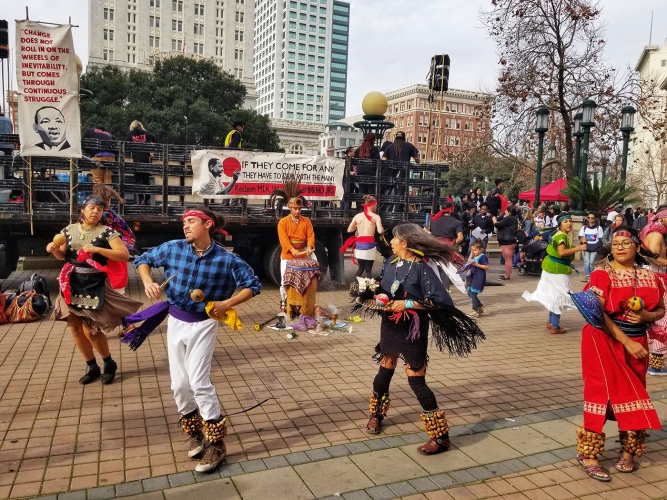 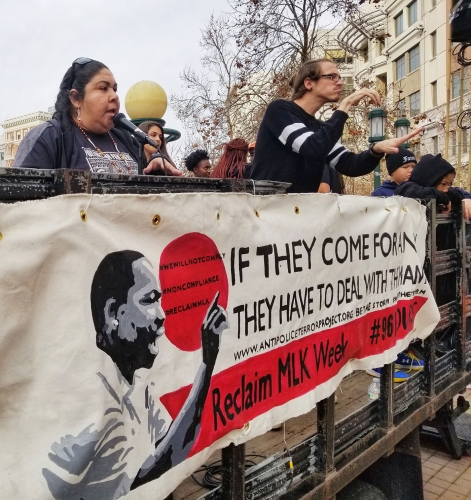 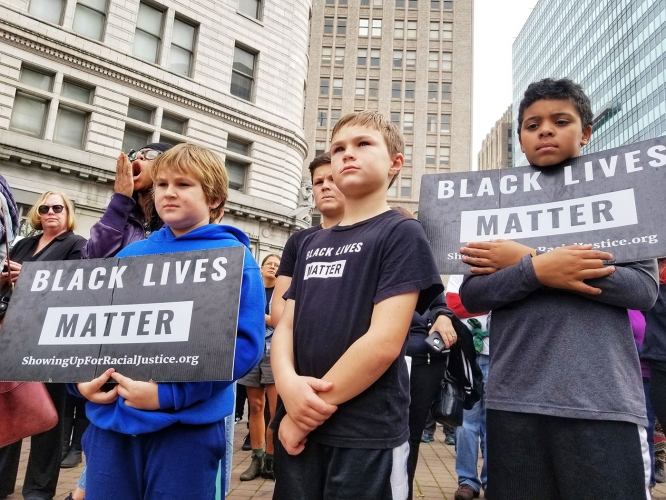 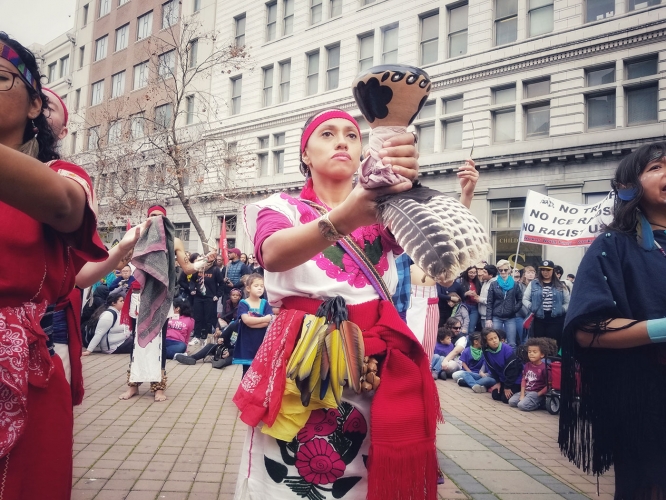 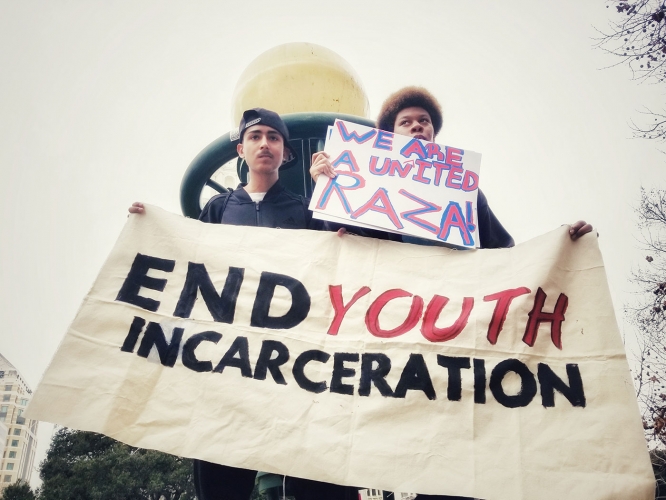 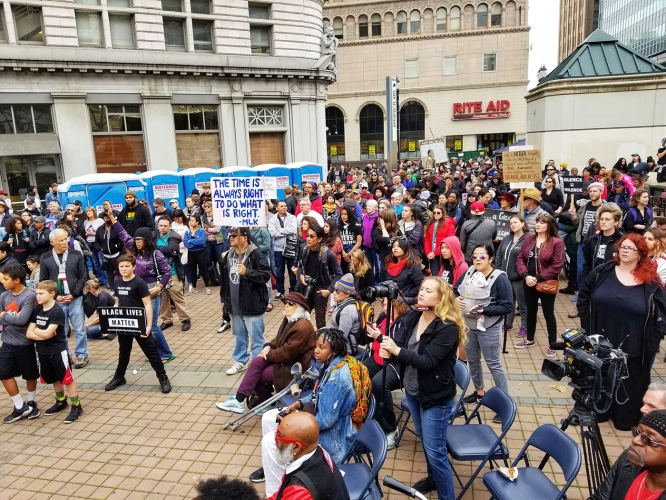 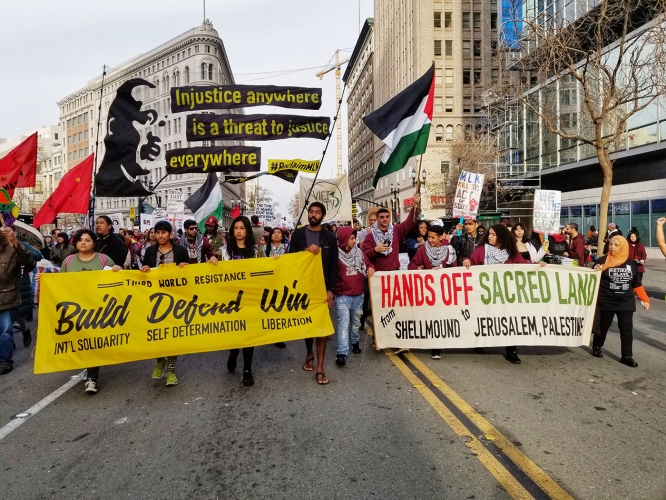 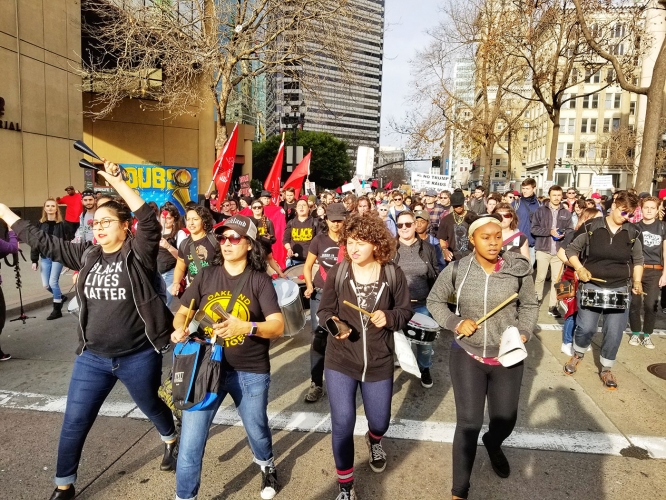 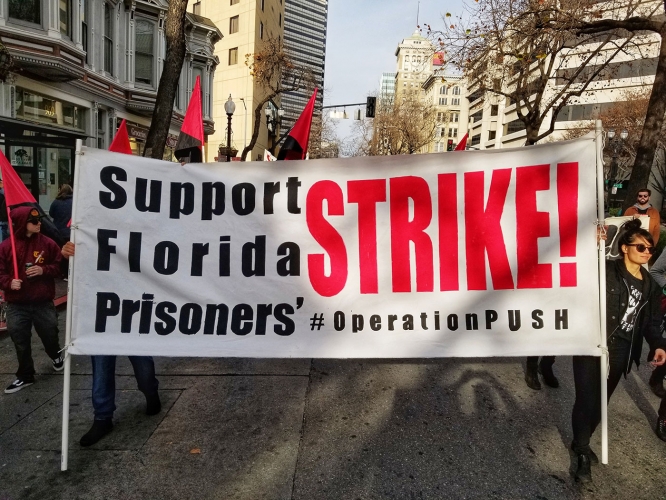 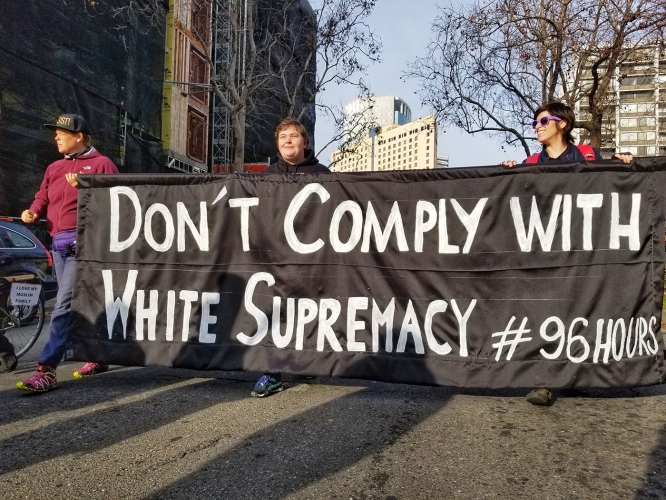 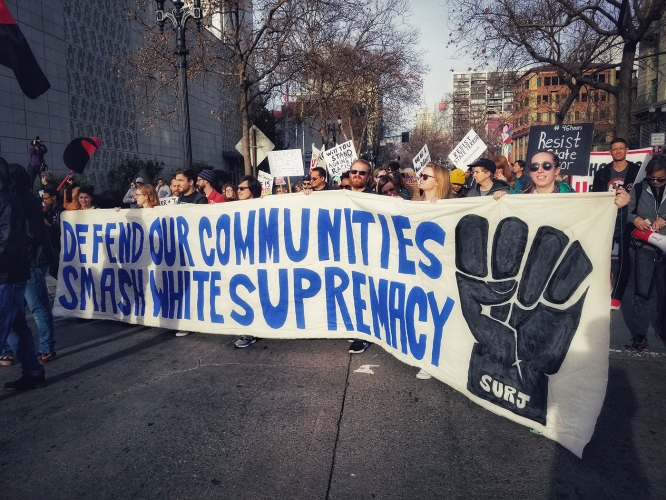 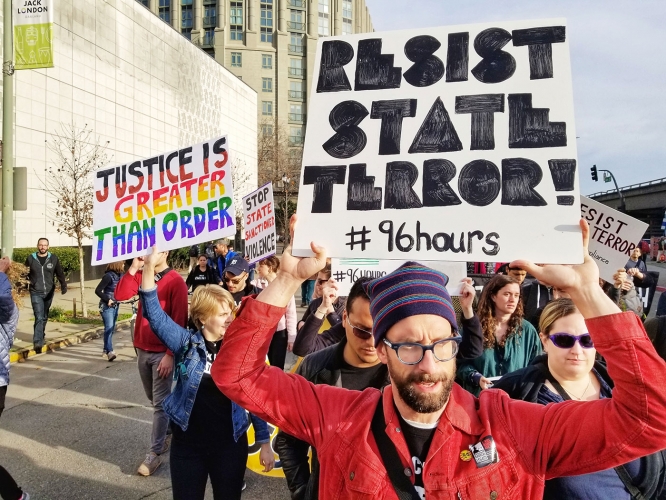 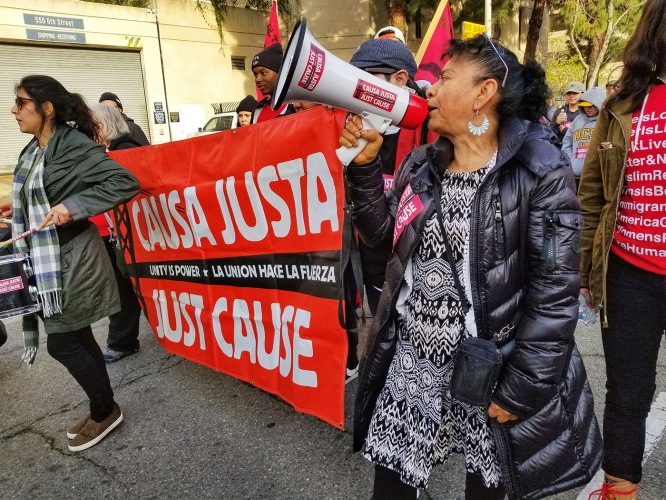 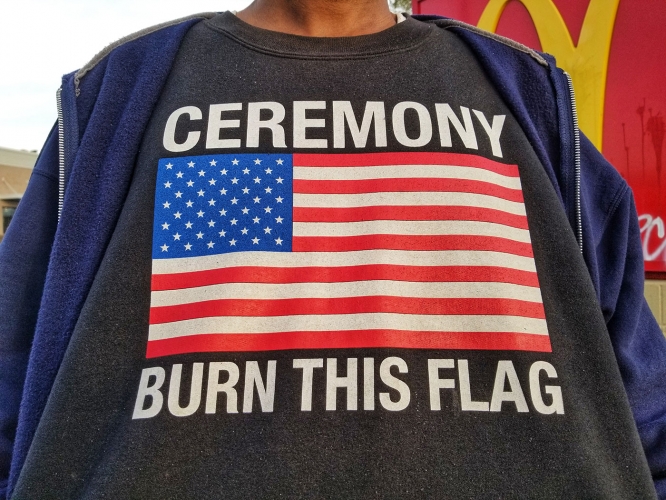 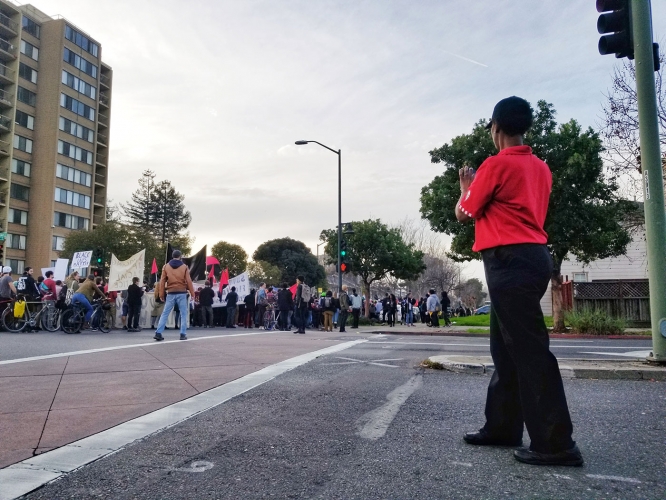 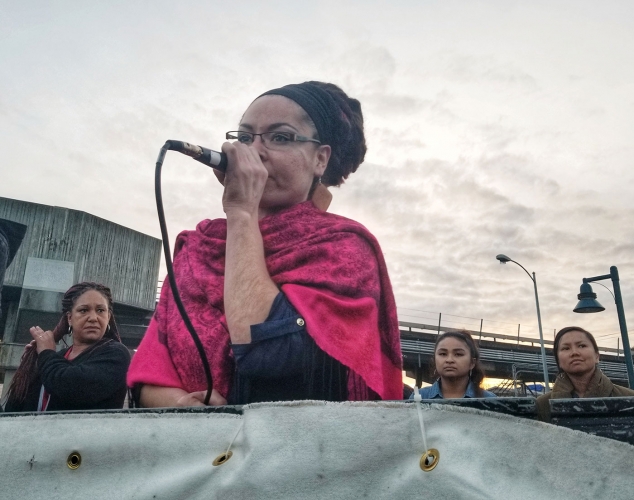 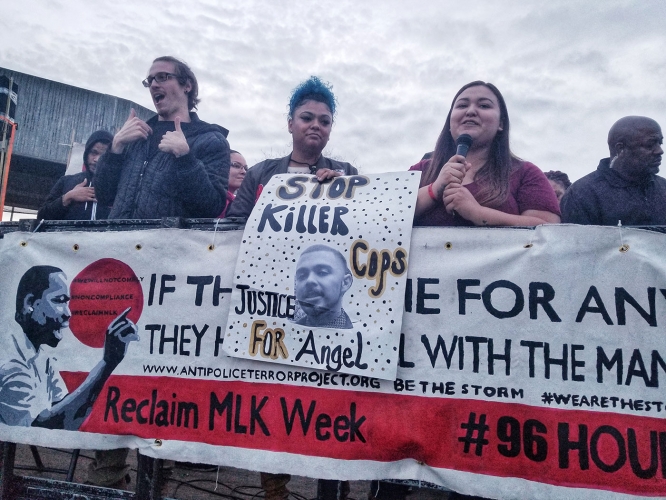