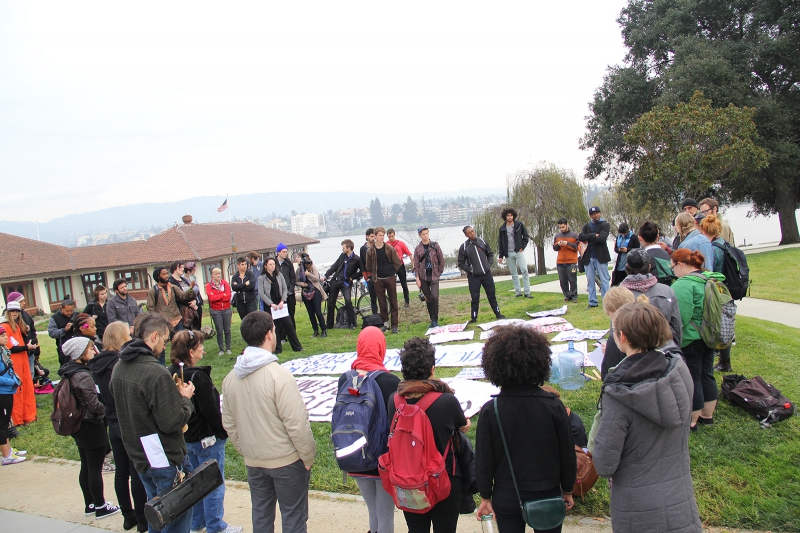 original image (1600x1067)
[Photo: Activists circle up outside the Lake Chalet at Lake Merritt and trade stories of displacement by real estate profiteers.]

On Friday, January 16th at 12:00pm, a group acting in solidarity with the #ReclaimMLK Weekend will shut down the Oakland Foreclosure Auction in order to make connections between economic violence and police violence. The shutdown will be centered around the stories and narratives of Oakland residents who have experienced eviction and/or foreclosure. The action comes on the first day of a planned weekend of actions called for by groups in Ferguson, MI, and in solidarity with the Anti-Police Terror Project in Oakland, both of which continue to speak out against state-sanctioned, anti-black racism in an effort to reclaim the legacy of the late Dr. Martin Luther King Jr.

The auction, which occurs weekly and is open to the public, takes bids on recently foreclosed homes in the Oakland area and serves a critical role in the transfer of wealth from black homeowners to mostly white speculators and developers in Oakland. The group putting on the action explains that, “Instead of creating housing policy that supports residents in remaining in their homes and allocating funds to new, low-income housing developments, the City of Oakland encourages massive private developments and enables home foreclosures.”

The anti-gentrification group also connects the dots between forced displacement through gentrification and the role the police play, saying “These processes are backed and enforced by Alameda County Sheriffs through evictions, as well as the Oakland Police Department through the harassment, brutalization and criminalization of Oakland’s black residents.”

The group contends that the large-scale displacement of Oakland’s historically black residents is a form of economic violence in the same vein of the murders of black men and black people in general, most recently spotlighted in national #BlackLivesMatter protests. 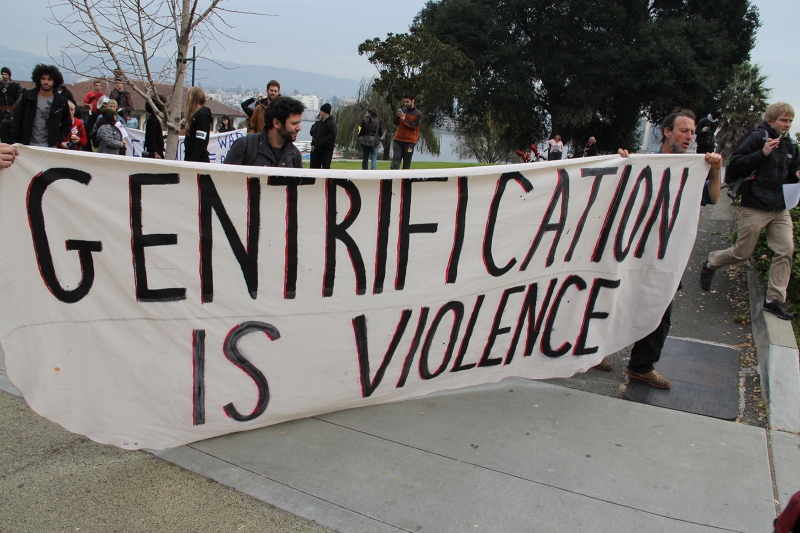 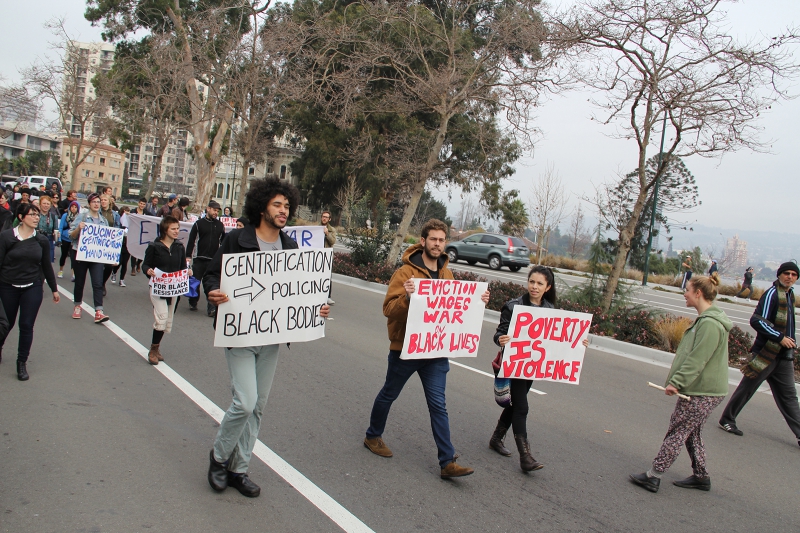 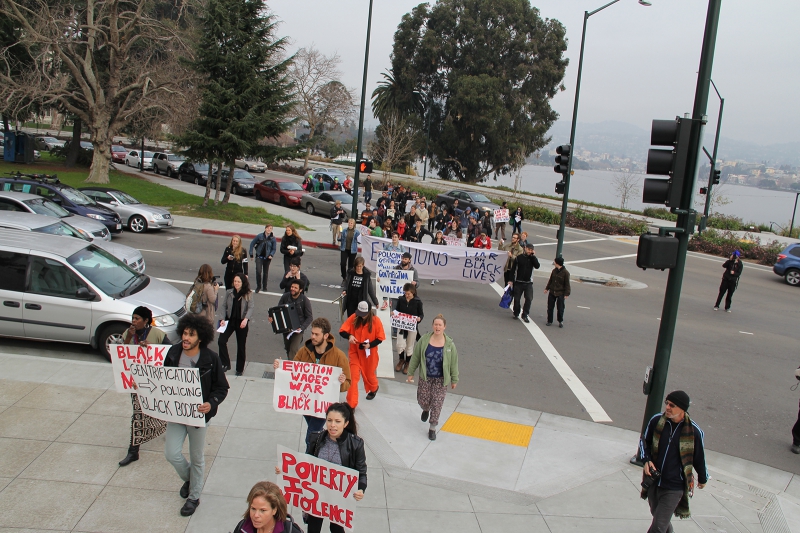 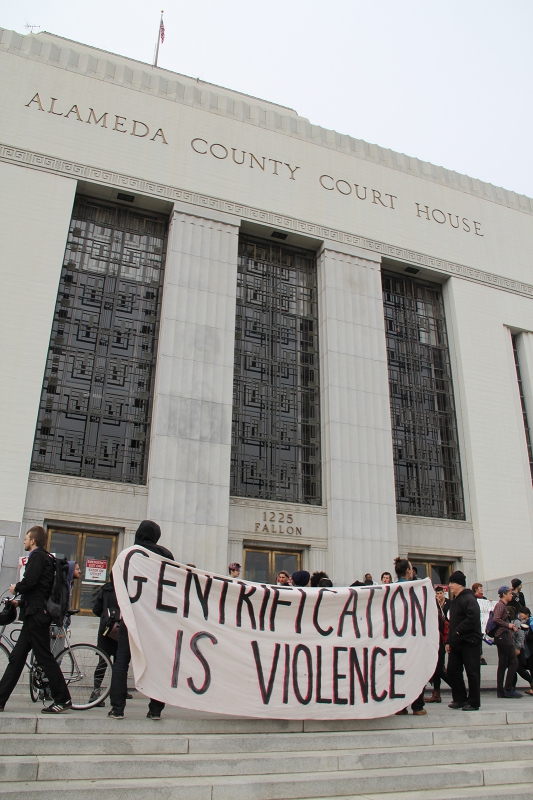 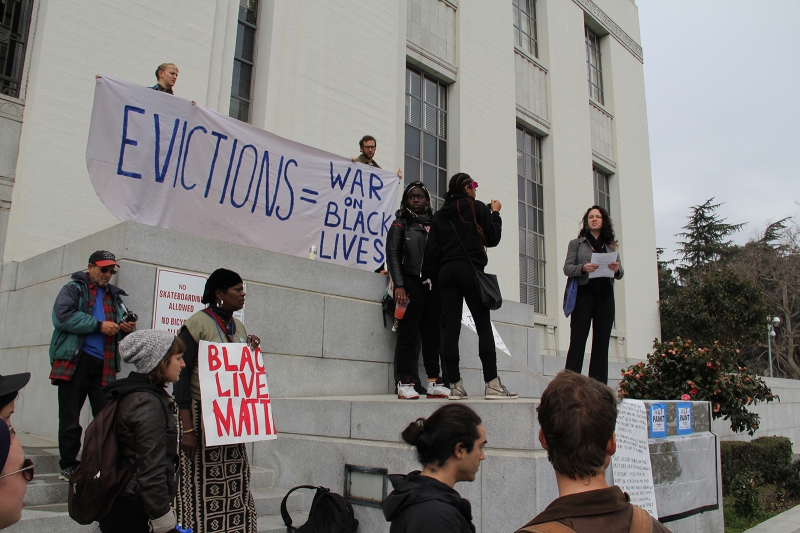 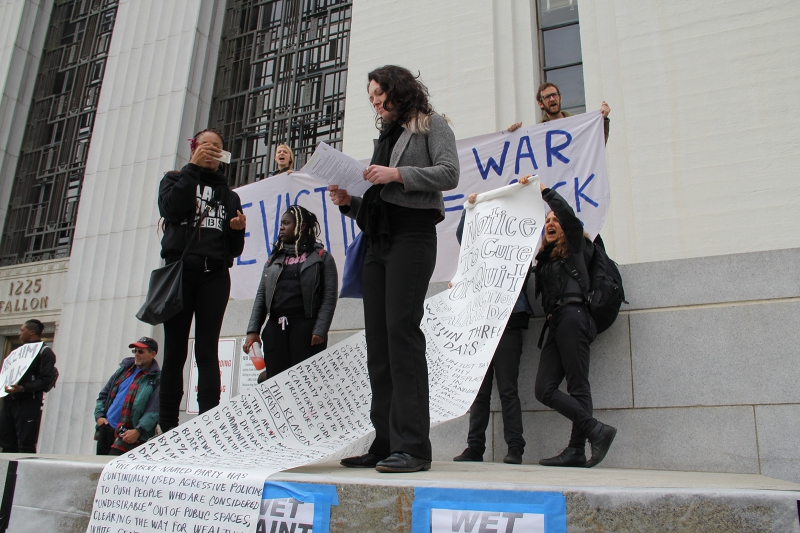 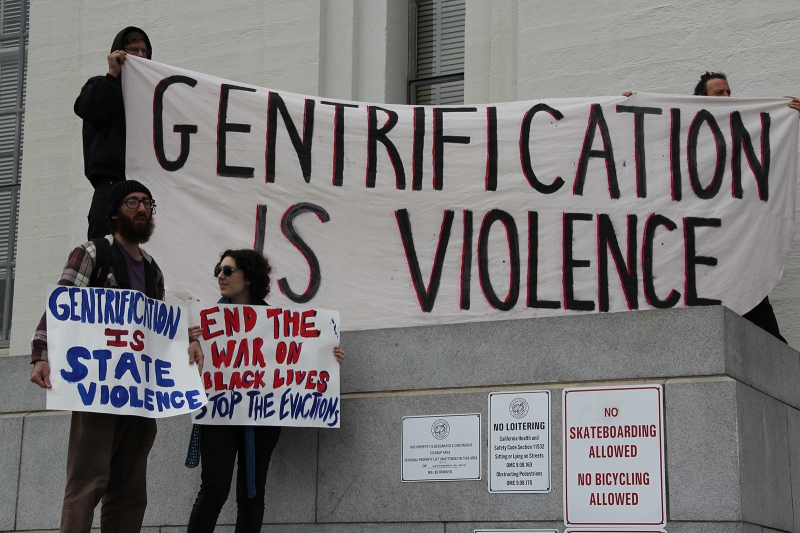 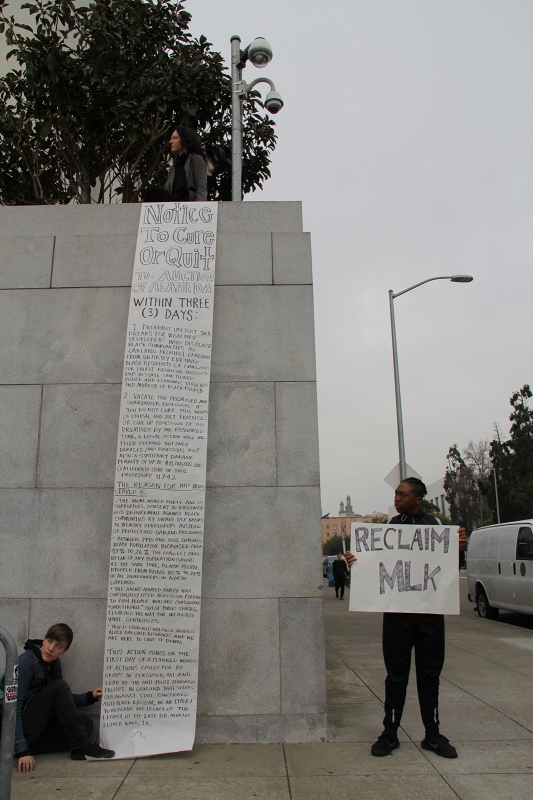 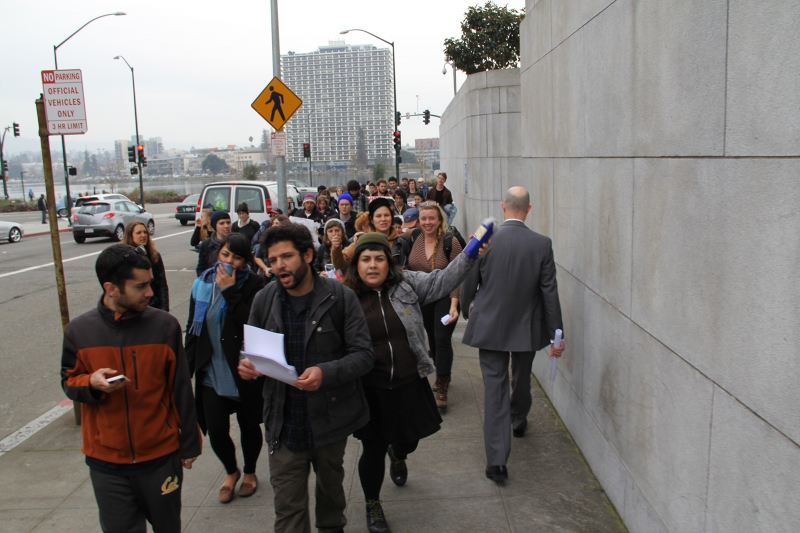 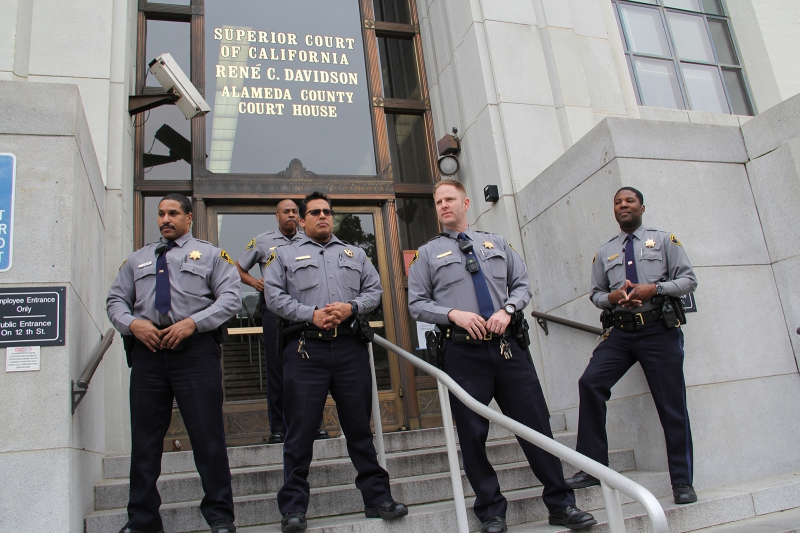 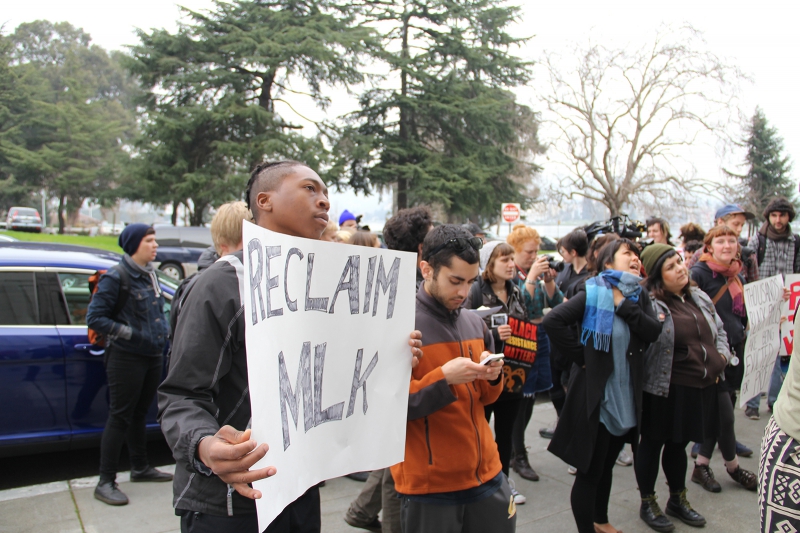 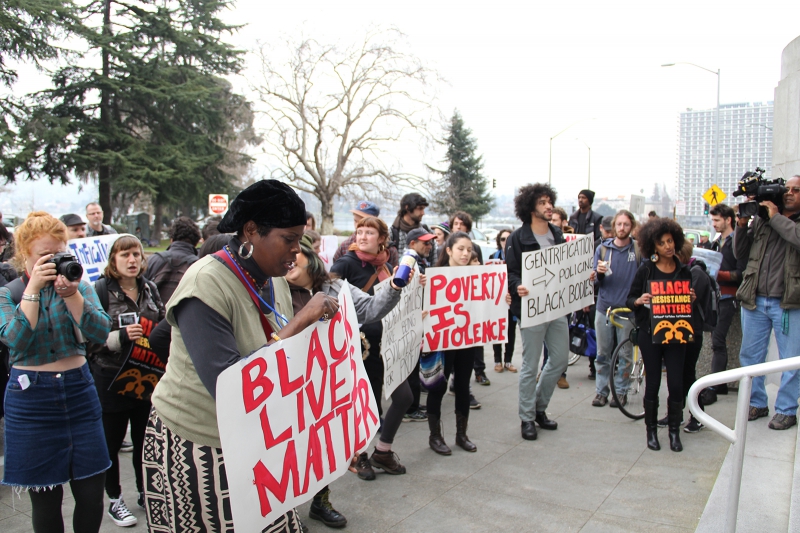 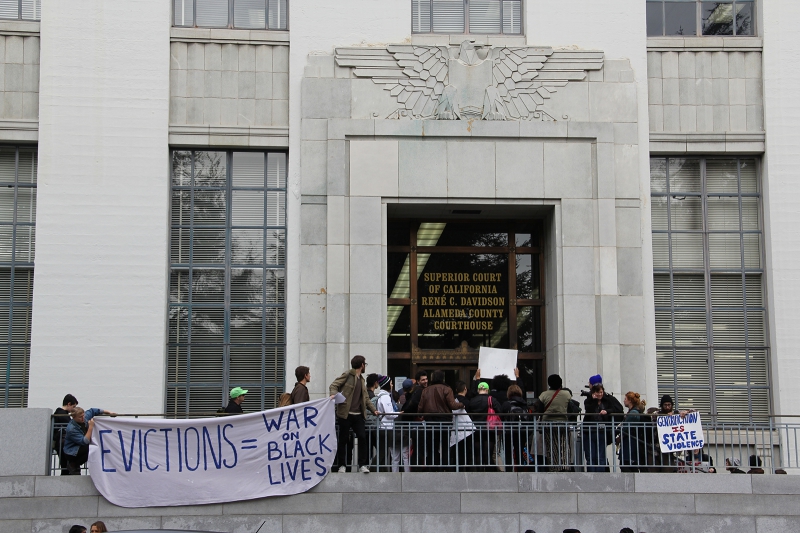 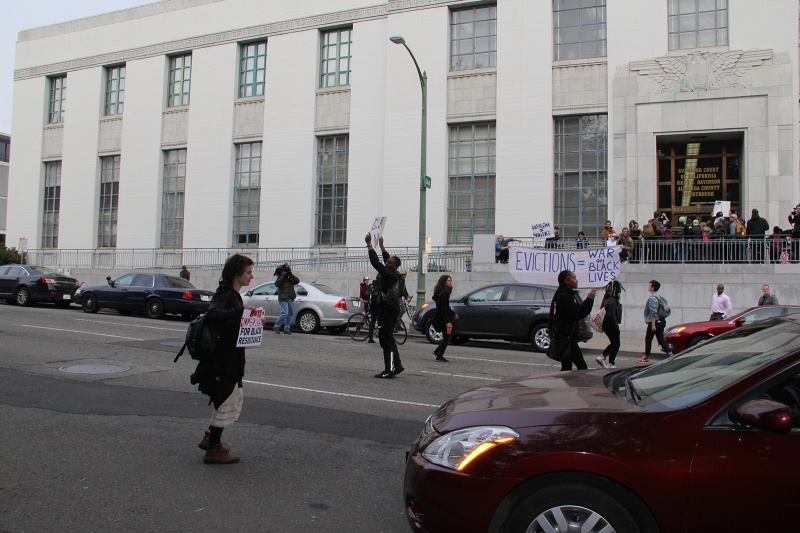 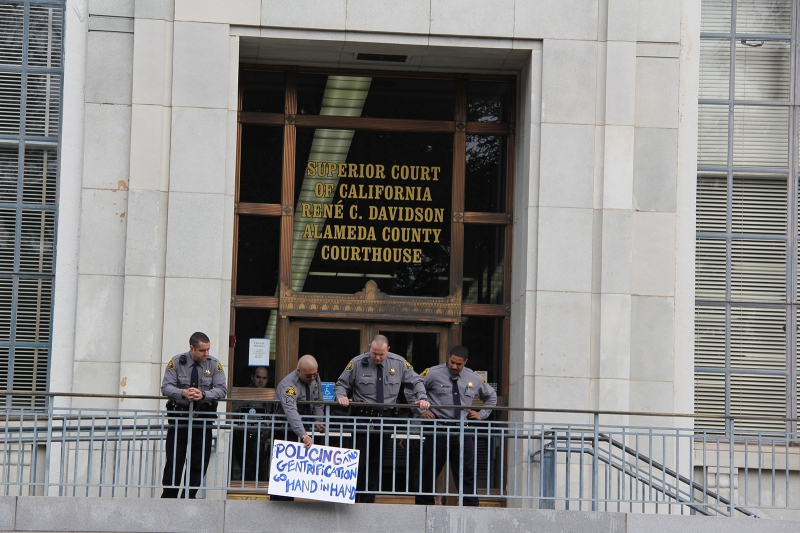 original image (1600x1067)
Protesters held an impromptu sit-in at these doors while auction bidders remained inside. Deputies cleared the door, then protesters returned when deputies went back inside. Deputies then came back out and stayed outside the doors. Eventually, auction bidders came back outside to the courthouse steps where auctions are held.
https://www.indybay.org/newsitems/2015/01/...
§Frustrated auction bidder (blue shirt/hat) interrupts protest wrap-up prayer circle
by Dave Id Sunday Feb 15th, 2015 11:22 PM 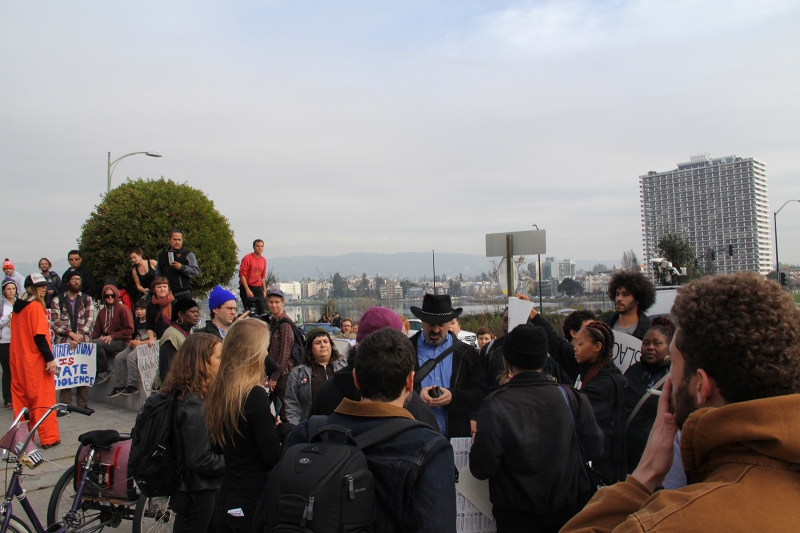 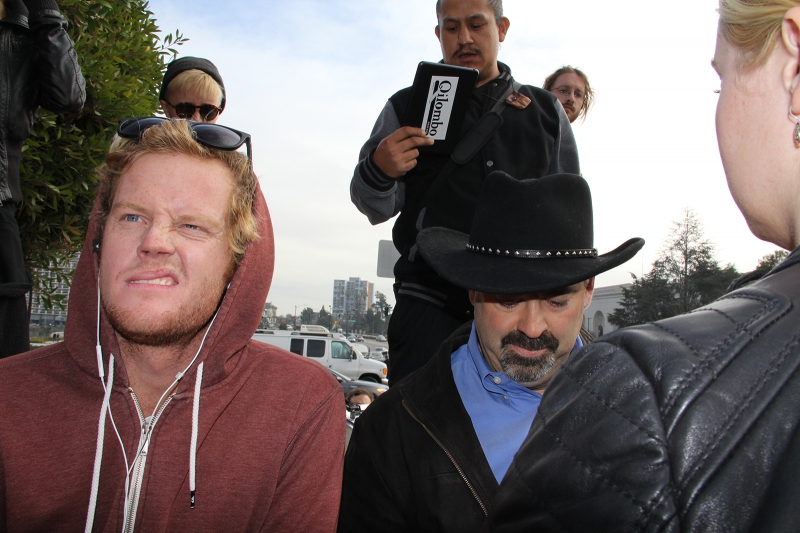 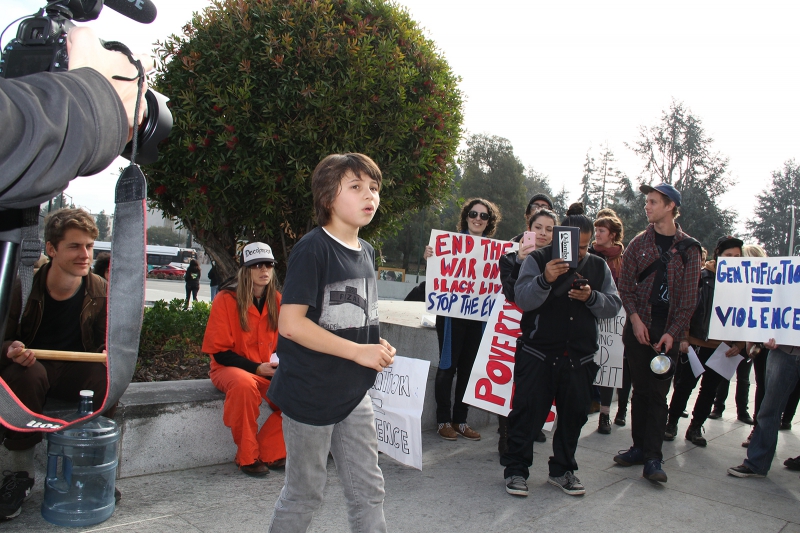 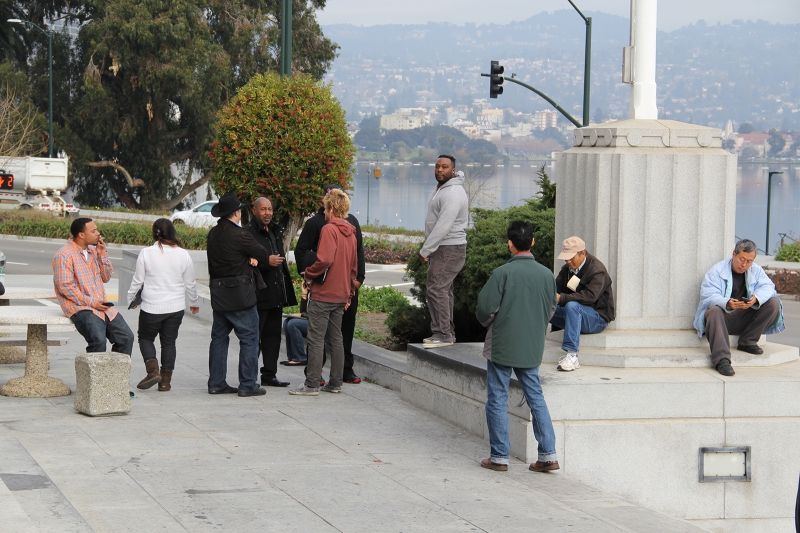 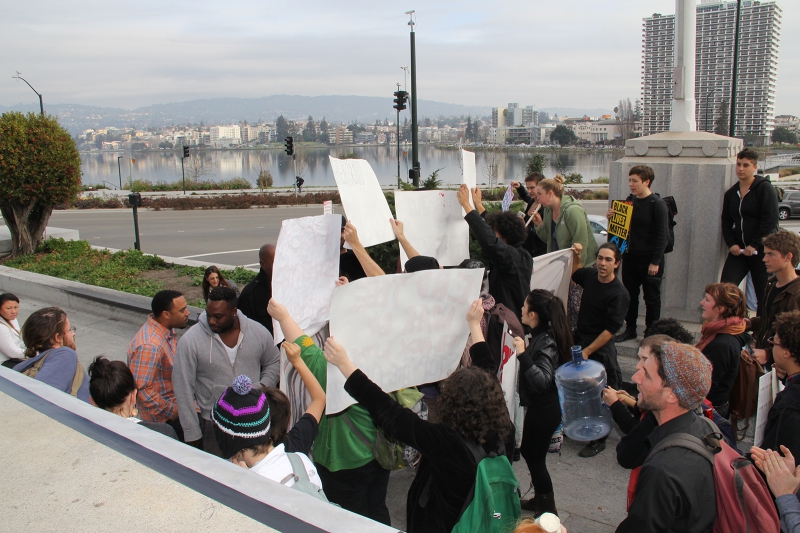