Newswire
Calendar
Features
Home
Donate
From the Open-Publishing Calendar
From the Open-Publishing Newswire
Indybay Feature
Publish to Newswire
Add an Event
Related Categories: East Bay | Anti-War | Government & Elections | Police State & Prisons | Racial Justice
Reclaim MLK - Third World for Black Power Lockdown at Federal Building in Oakland, 1/16/15: photos
by Dave Id
Thursday Jan 29th, 2015 1:34 PM
In solidarity with Black Lives Matter activists across the country who set out to "Reclaim Martin Luther King's Legacy" for MLK Day 2015, Oakland's Anti-Police Terrorism Project (APTP) called for 96 hours of direct action in the San Francisco Bay Area. Launching the four-day weekend of actions in the Bay Area was a surprise Friday morning lockdown of the two main entrances to the Ronald Dellums Federal Building complex. Over two dozen activists arrived at the federal building before dawn and slipped their arms into lockboxes and locked chains around their waists, symbolically blocking the main doors for 4 hours and 28 minutes. Hundreds more came to show support, speak, chant, sing, and dance while the action remained in effect. There were no arrests. 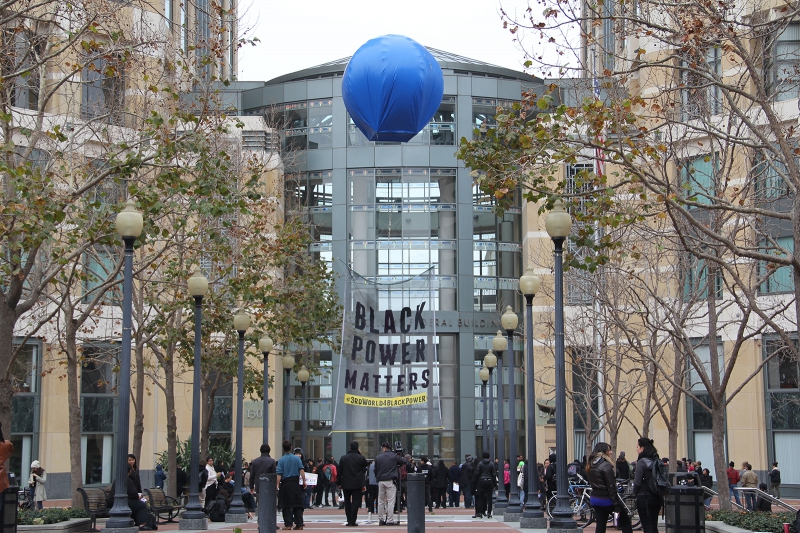 U.S. marshals guarding the the building originally threatened to arrest those locking down the main entrances, but protesters negotiated to be able to remain in place for four hours and twenty-eight minutes since there were side doors open whereby those who needed access to the complex could come and go.

Symbolically, the four hours honor the memory of every twenty-eight hours a Black person is killed by police, security or vigilantes in this country.

A number of the organizers of the Federal building action were involved with the BART Friday action that shut down three downtown San Francisco stations. 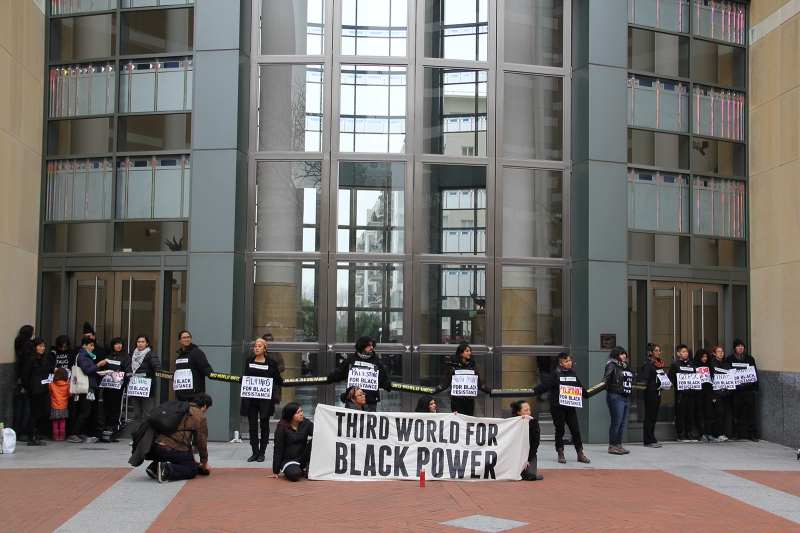 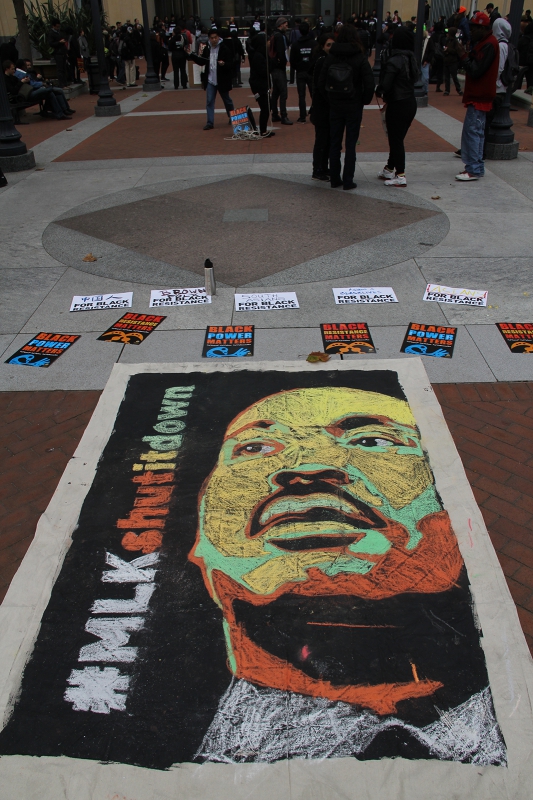 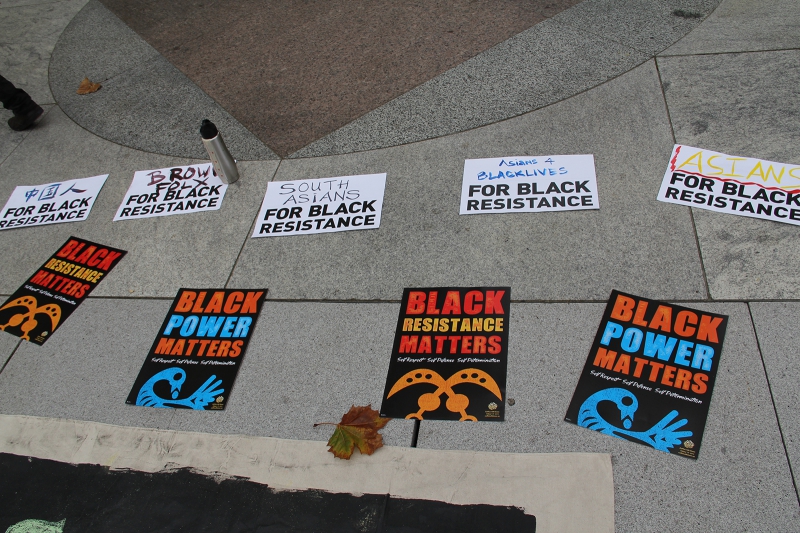 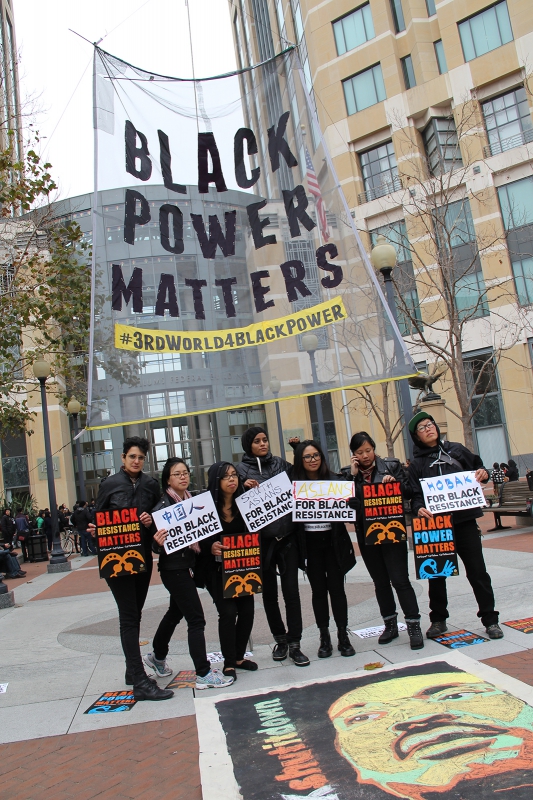 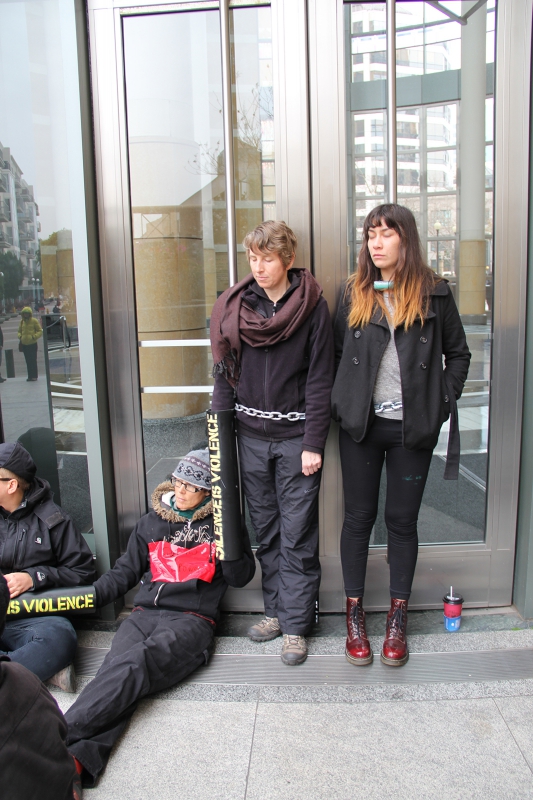 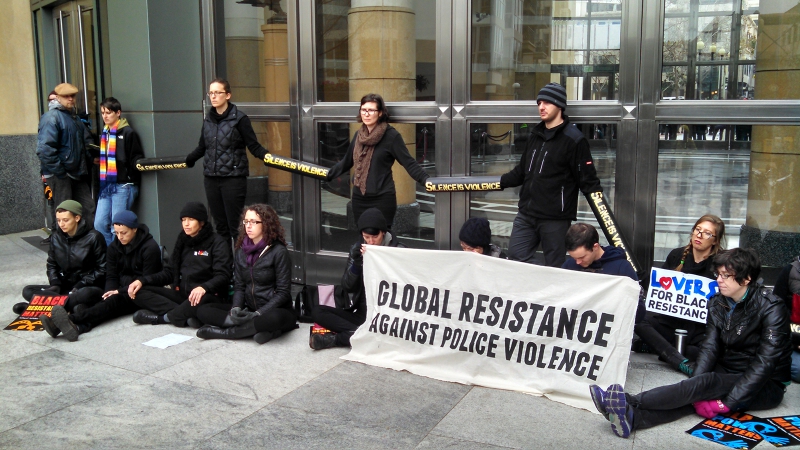 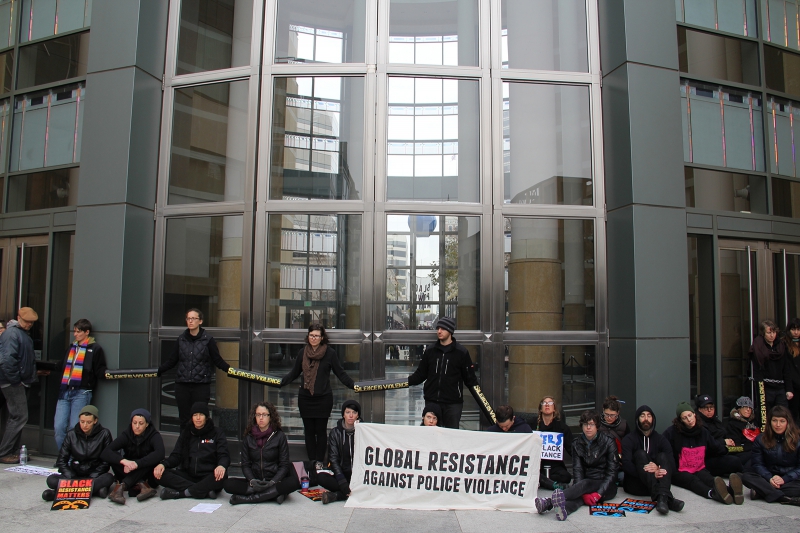