Newswire
Calendar
Features
Home
Donate
From the Open-Publishing Calendar
From the Open-Publishing Newswire
Indybay Feature
Publish to Newswire
Add an Event
Related Categories: East Bay | U.S. | Global Justice & Anti-Capitalism | Police State & Prisons | Racial Justice
Oakland Marches in Solidarity with Charlottesville, Shuts Down 580 Freeway (photos)
by Dave Id
Sunday Aug 20th, 2017 9:52 PM
After a fascist mob attacked a small groups of UVA student counter-protesters the night before, the Unite the Right rally in Charlottesville, Virginia, turned deadly on August 12 when nazi enthusiast James Alex Fields of Ohio deliberately sped his car into a crowd of antifa, killing thirty-two year old anti-racism activist and Charlottesville native Heather Heyer. Nineteen others were injured in the attack, some critically. Separately, other anti-fascists were physically assaulted in the vicinity. Within hours, solidarity demonstrations and vigils sprang up across the country. In Oakland, hundreds of protesters shut down I-580 that night. These are photos from throughout, with short video clips interspersed to add a little more flavor.
Copy the code below to embed this movie into a web page:
Download Video (3.6MB) | Embed Video
("No Trump, No KKK, No Fascist USA" in Latham Square, video :11) 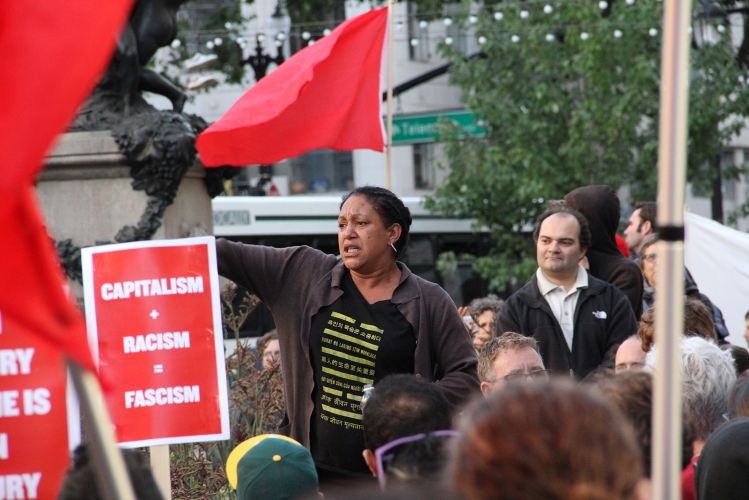 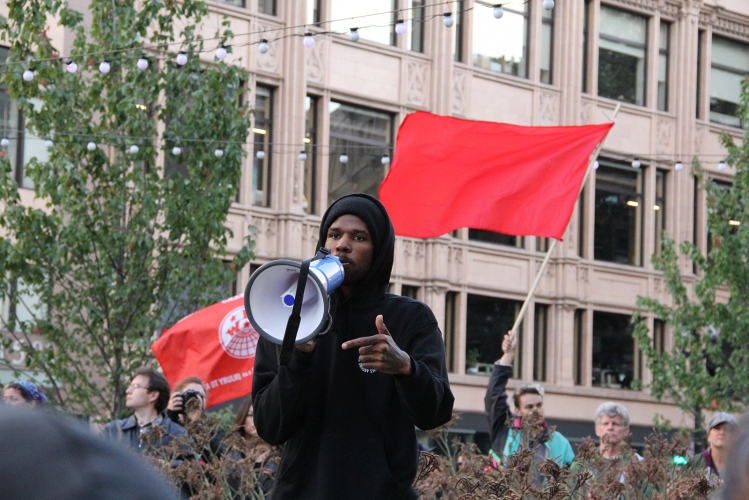 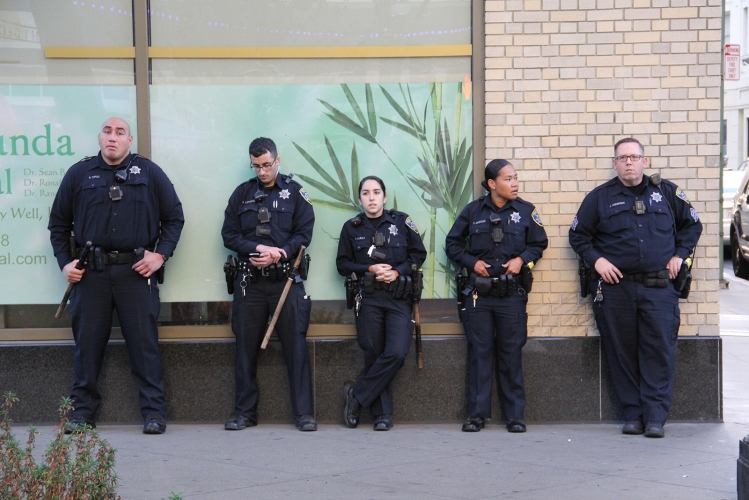 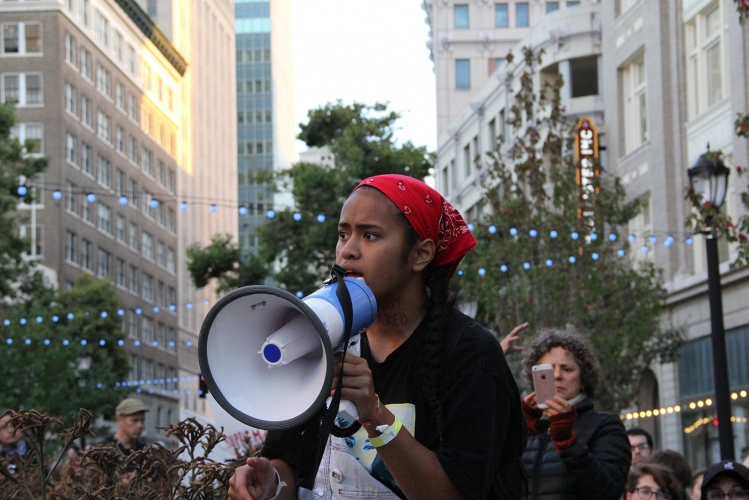 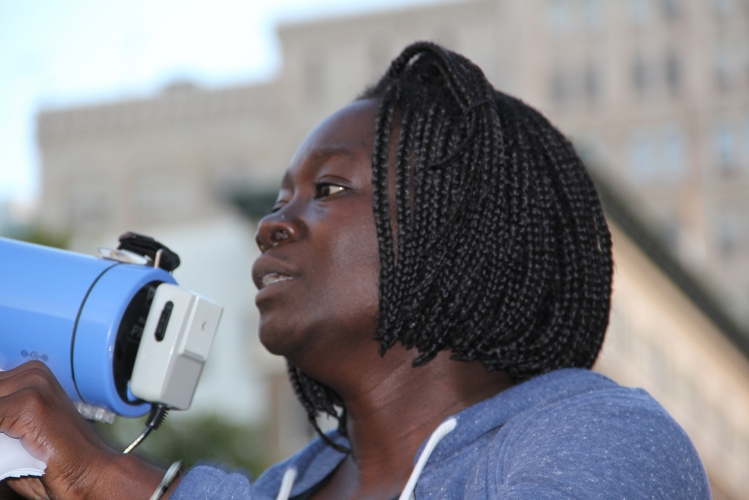 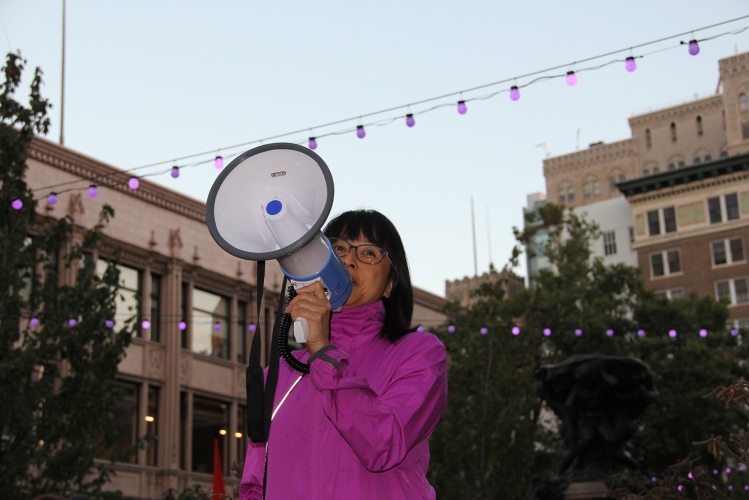 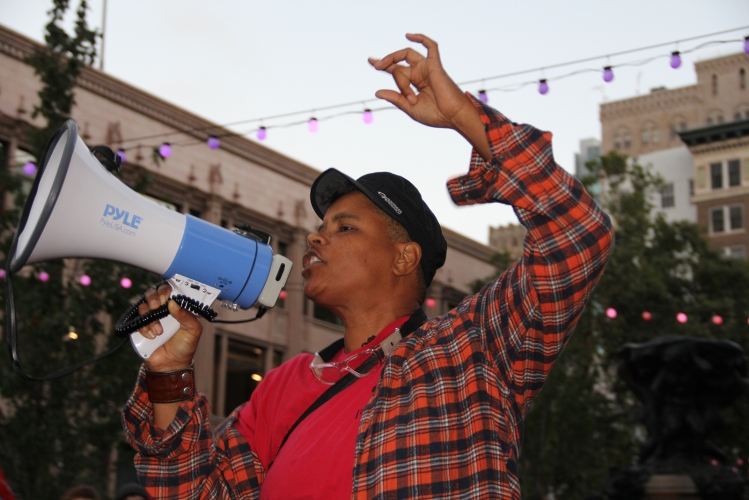 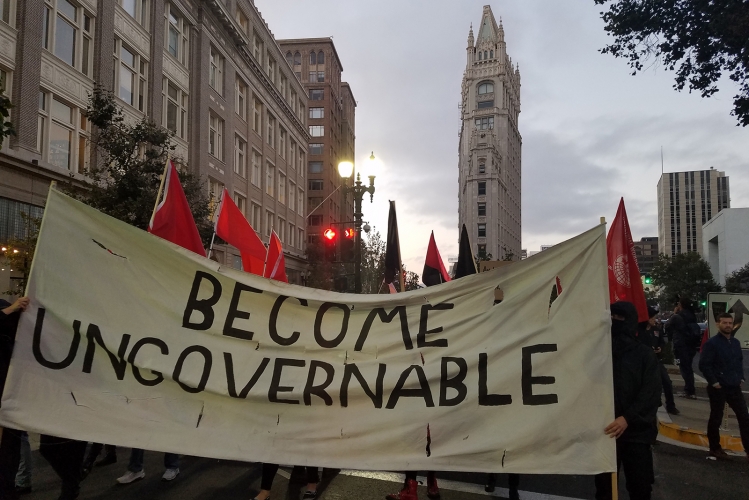 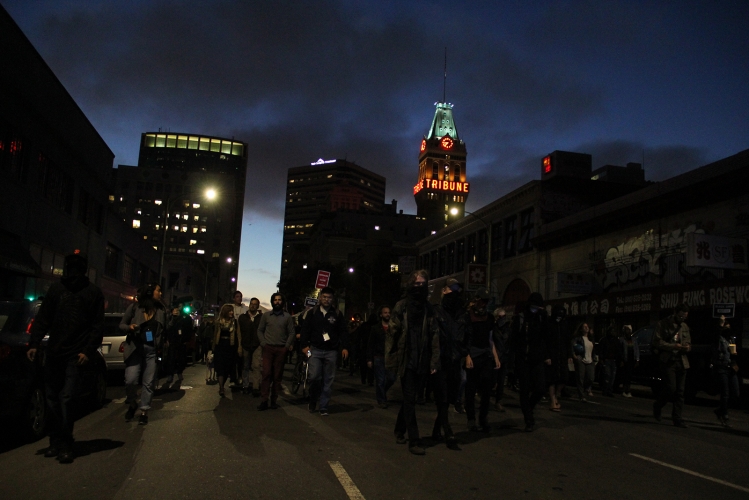 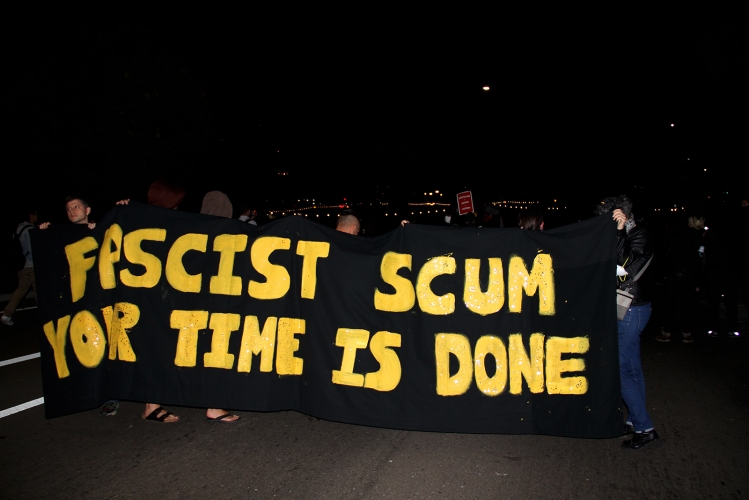 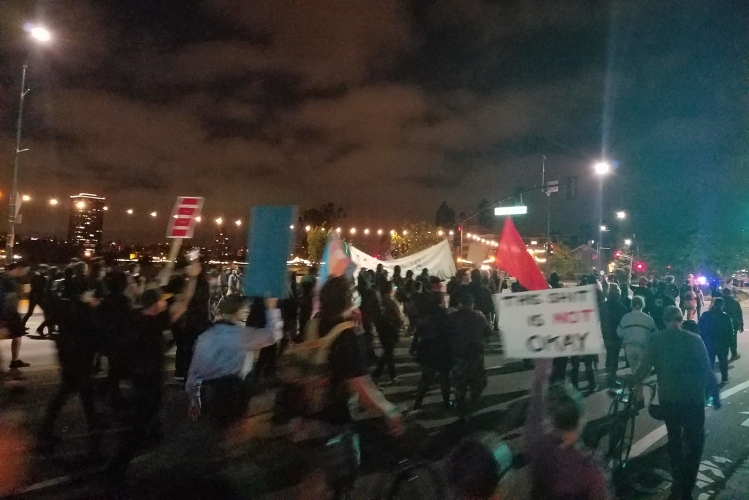 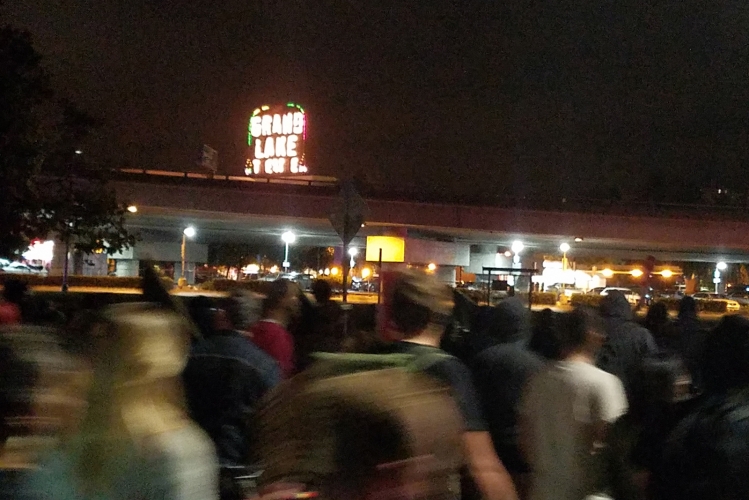 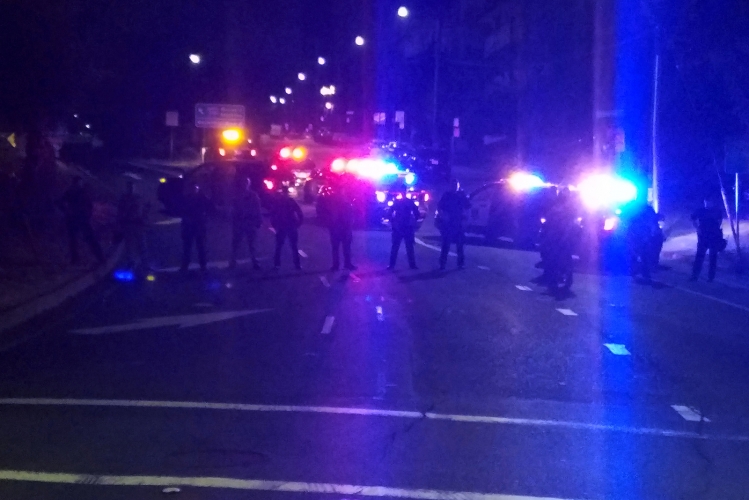 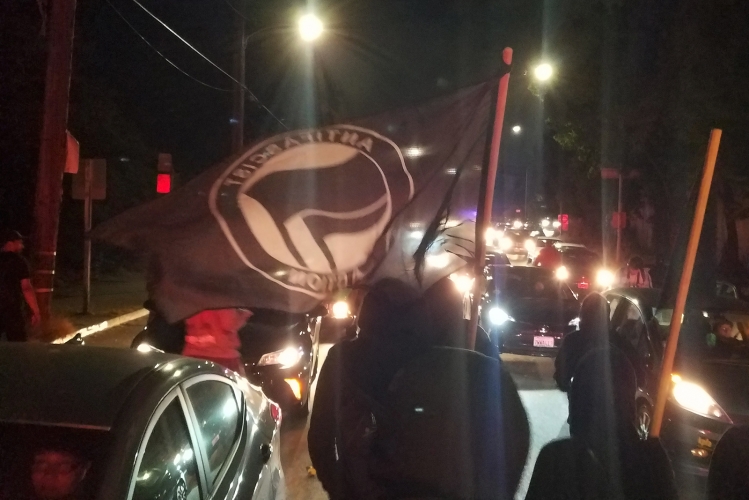 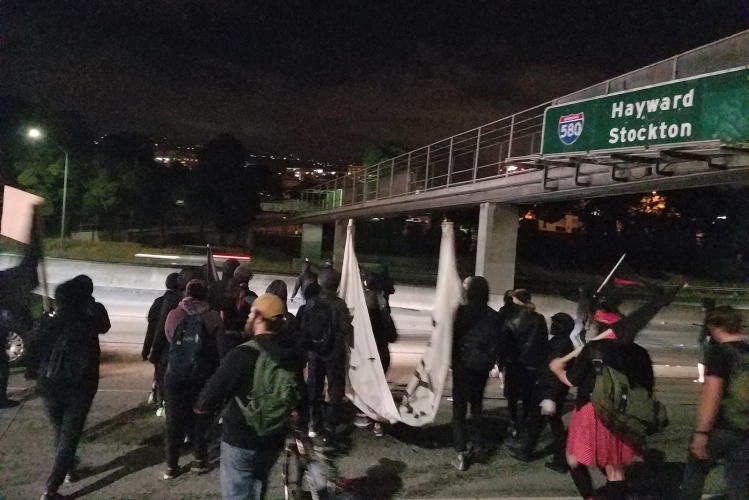 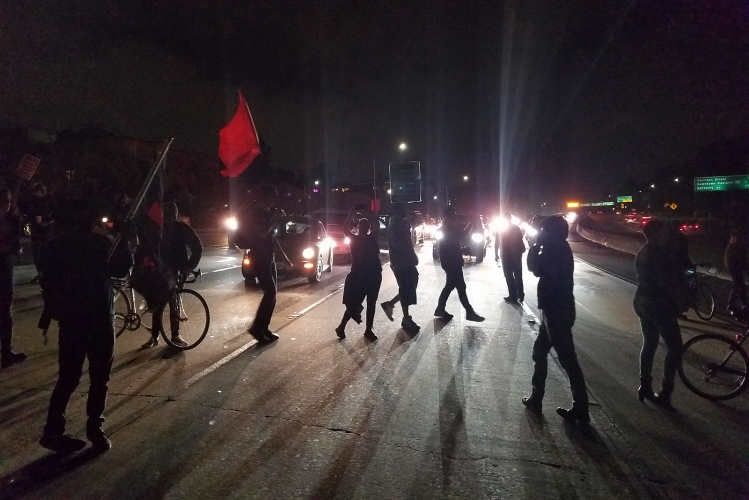 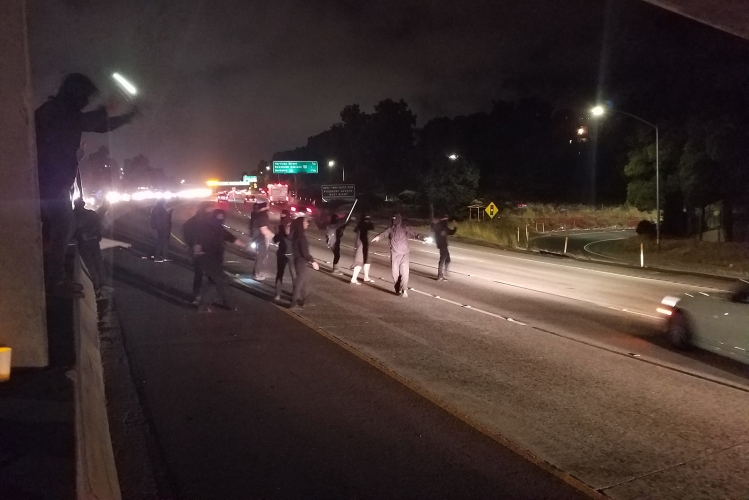 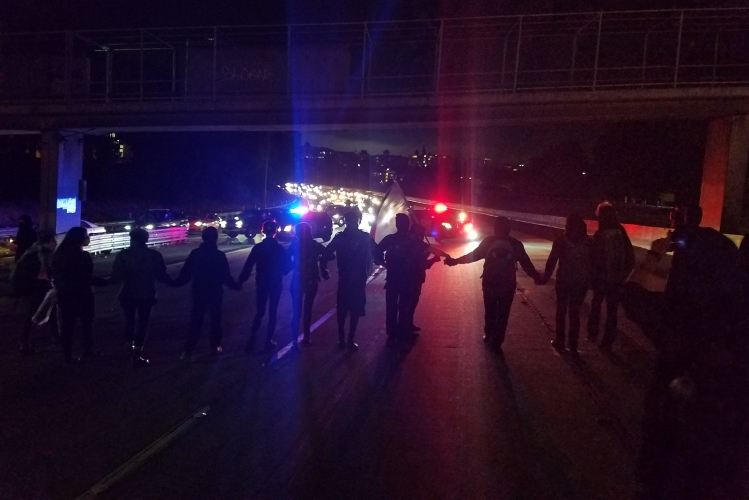 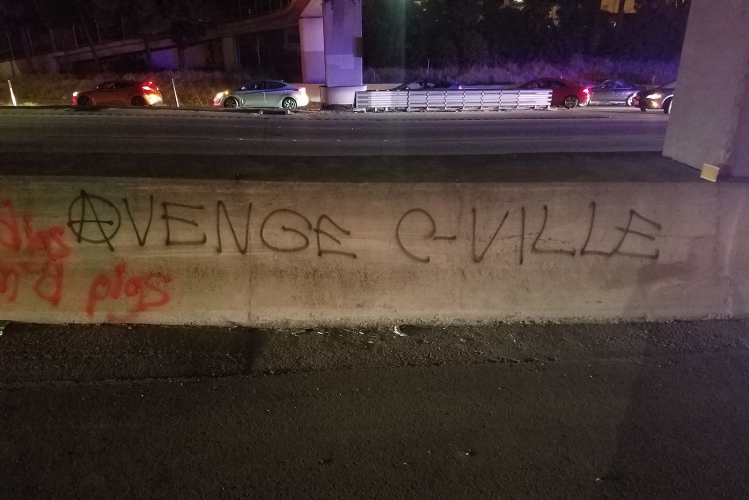 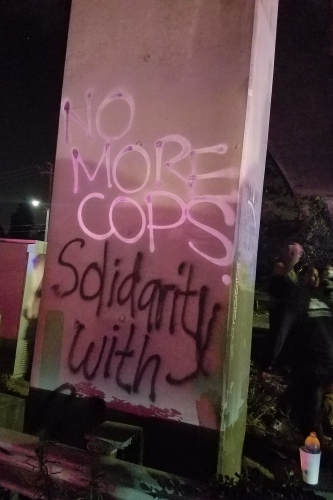 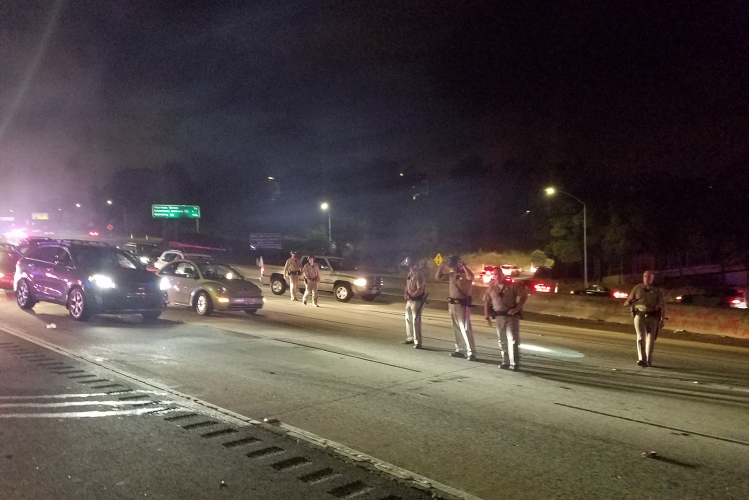 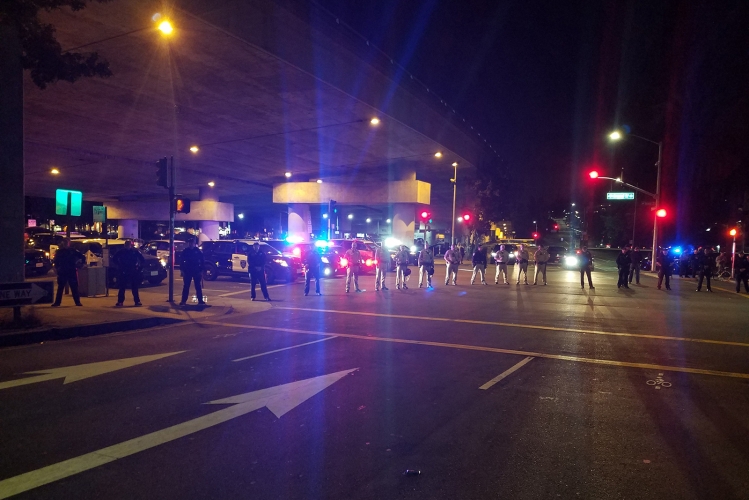