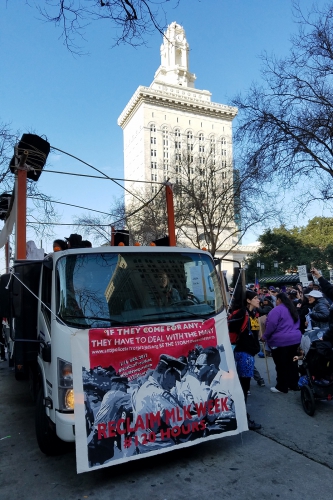 original image (1067x1600)
Photo: Sound truck/stage on 14th Street in Oakland, City Hall in background. Banner reads, "If they come for any, they have to deal with the many," in anticipation of the Trump presidency.


Once the march reached the pergola (columns) area at Lake Merritt, several barbecues were fired up to offer free food to the masses and a drum circle performed in the distance. Barbecues and drumming have been banned from the lake area, as the city government sought to entice businesses to Oakland and please gentrifiying newcomers. On a normal day, without thousands of protesters present, OPD would have been issuing citations for cooking or drumming at the lake. In preparation for the large numbers present, organizers also had a dozen or more porta-potties in place for the comfort of attendees.

Speakers at Lake Merritt discussed the issues of resistance against white supremacy locally, nationally, and globally. Full audio is included below. 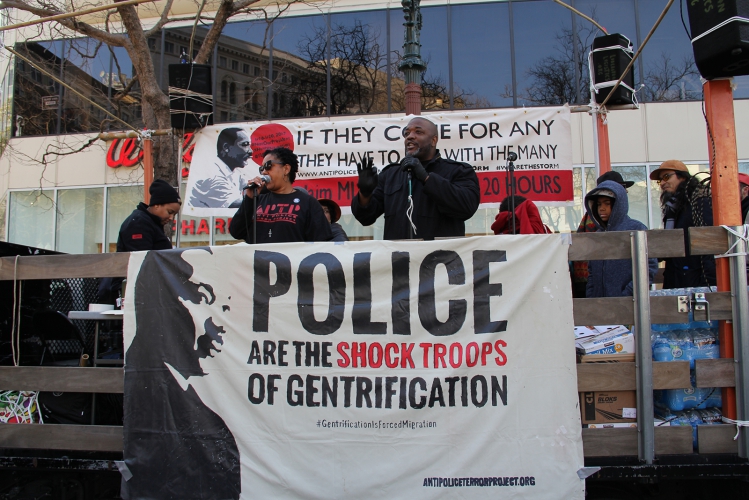 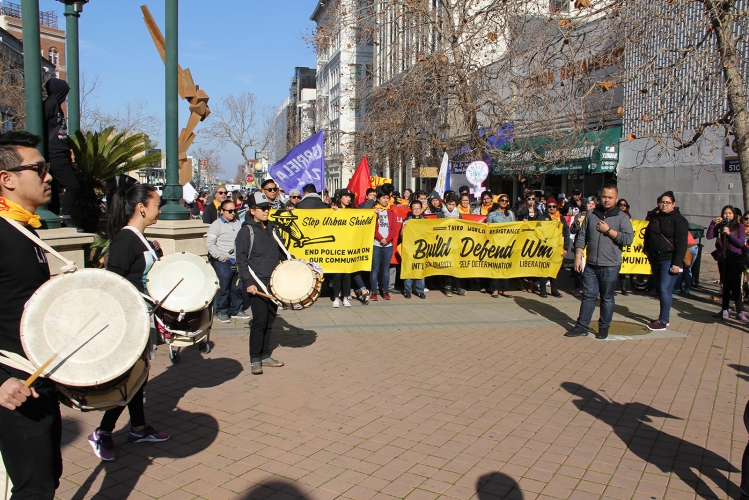 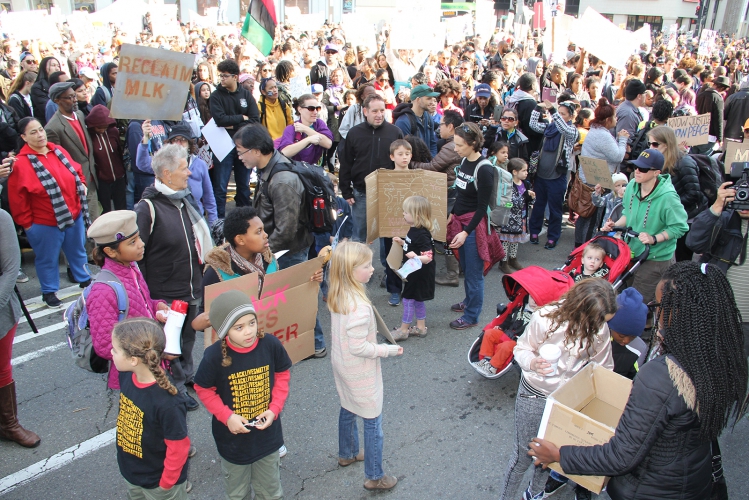 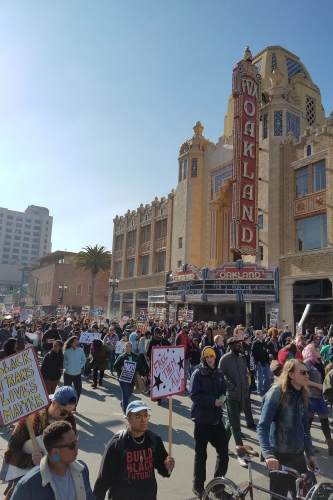 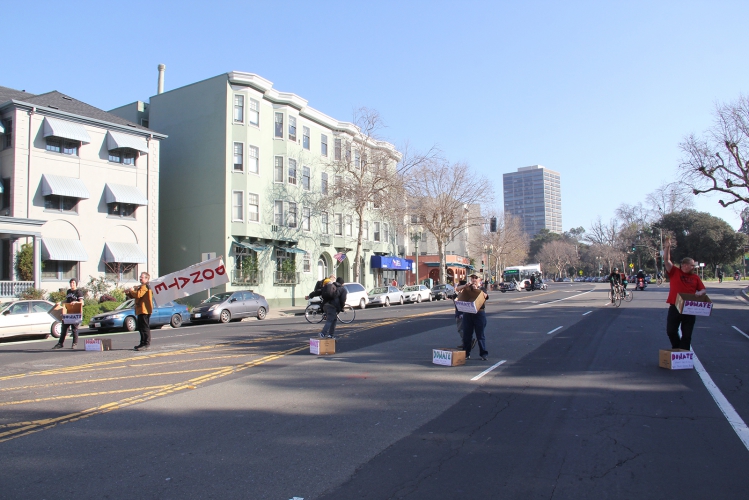 original image (1600x1067)
It costs money to rent trucks and sound systems, to support families after police shoot and kill their loved ones.

Visit http://www.paypal.com, click 'Send' and use aptpinfo [at] gmail.com for the recipient address. 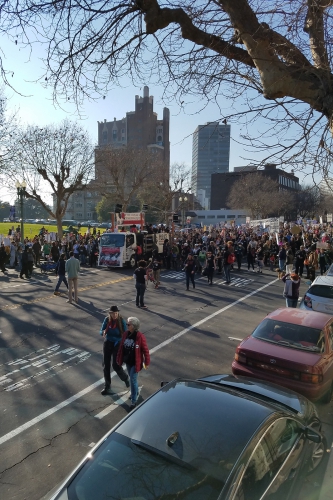 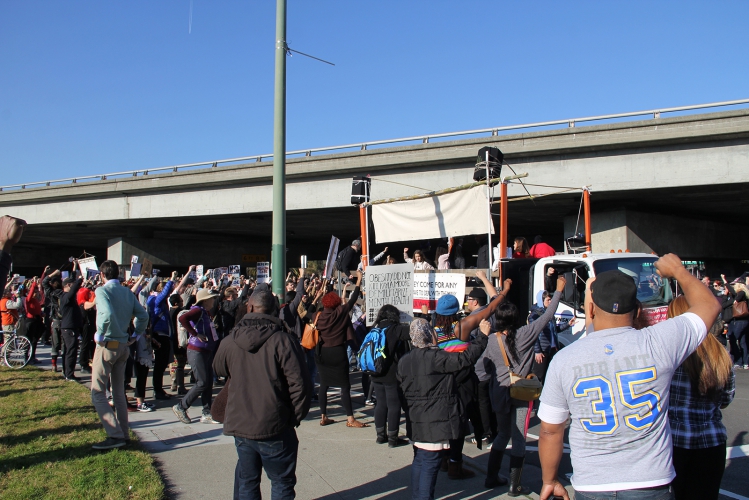 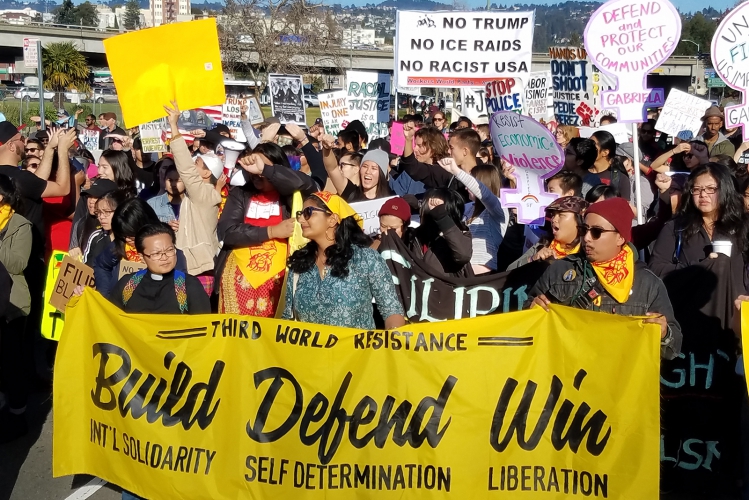 Note that the rally sound system drops out toward the end during Kev Choice and Jennifer Johns' set, but as such temporarily gives way to a cappella performances before the system is back up. 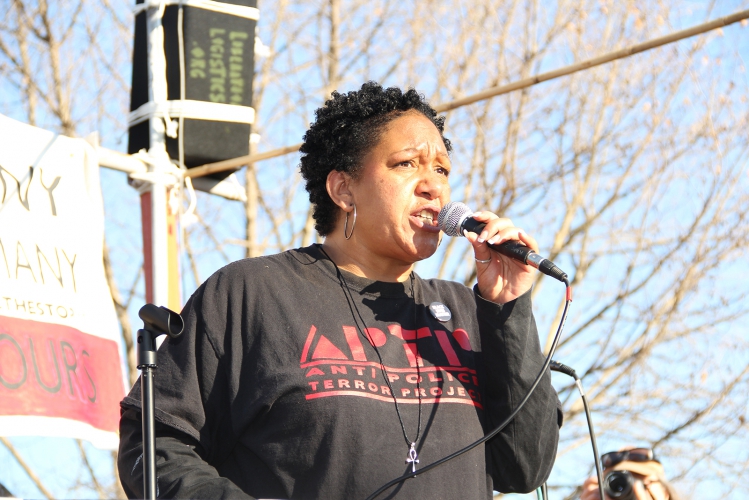 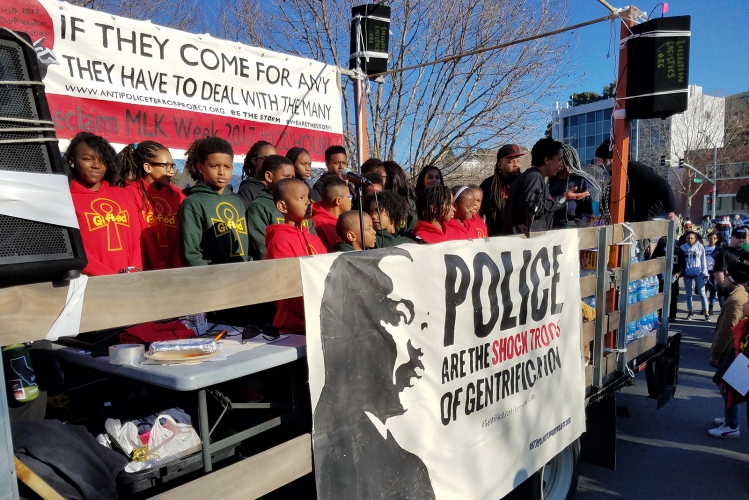 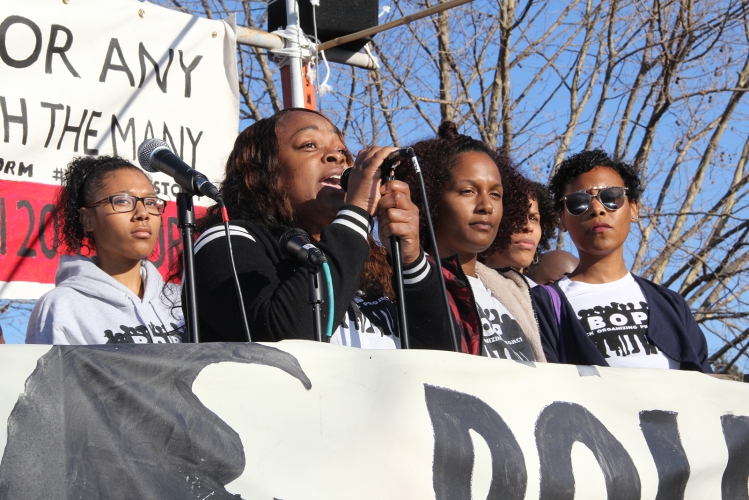 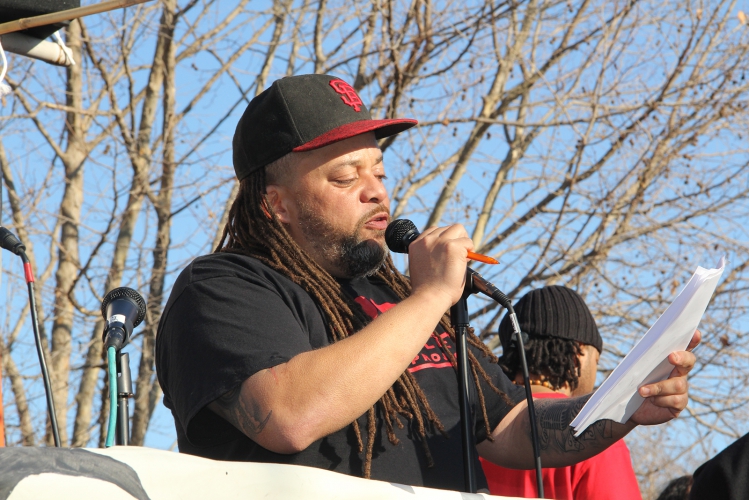 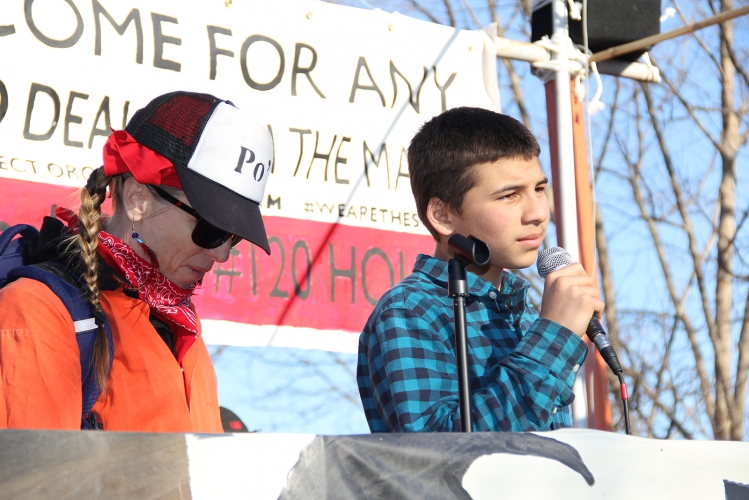 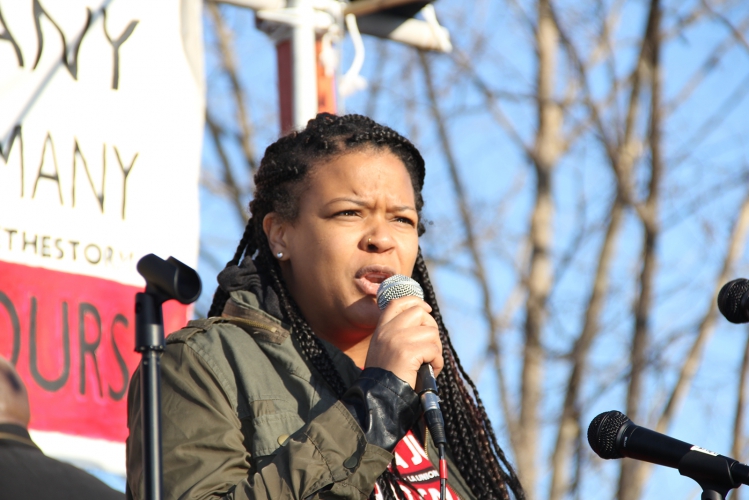 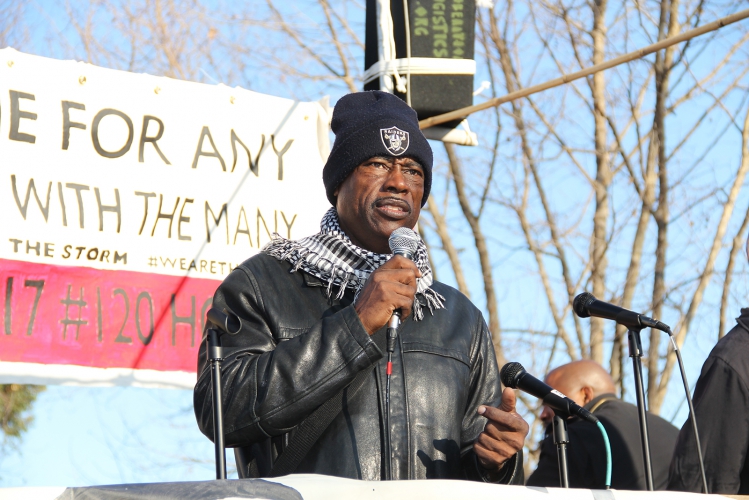 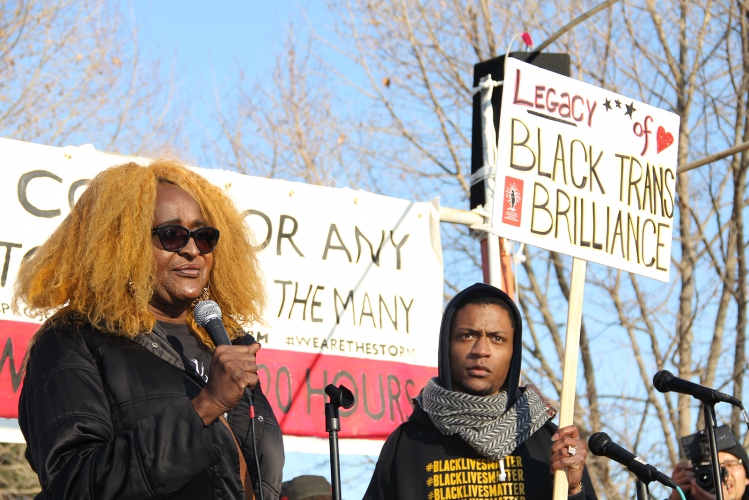 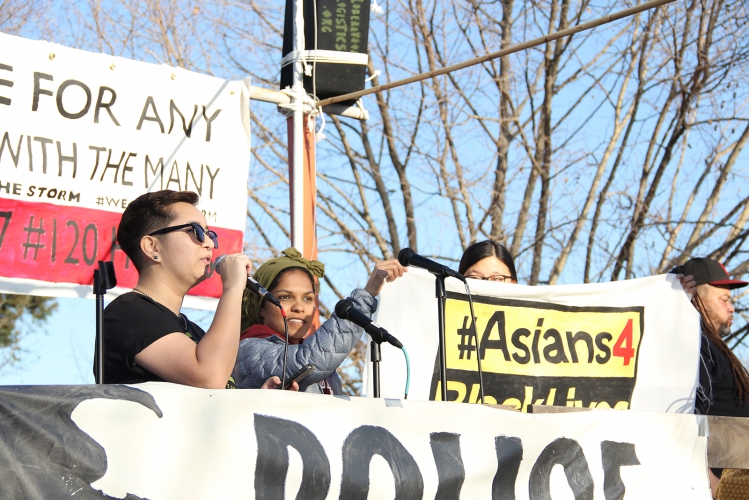 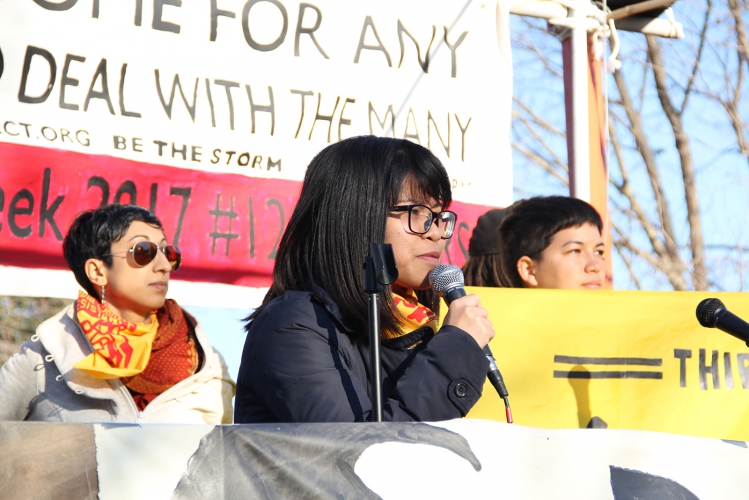 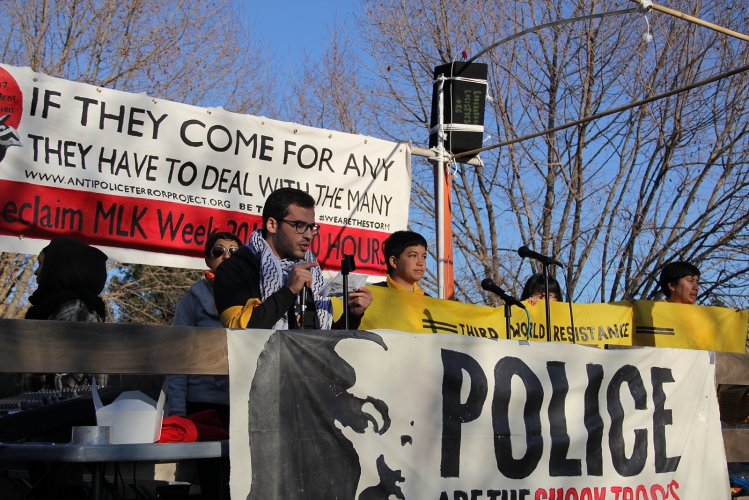 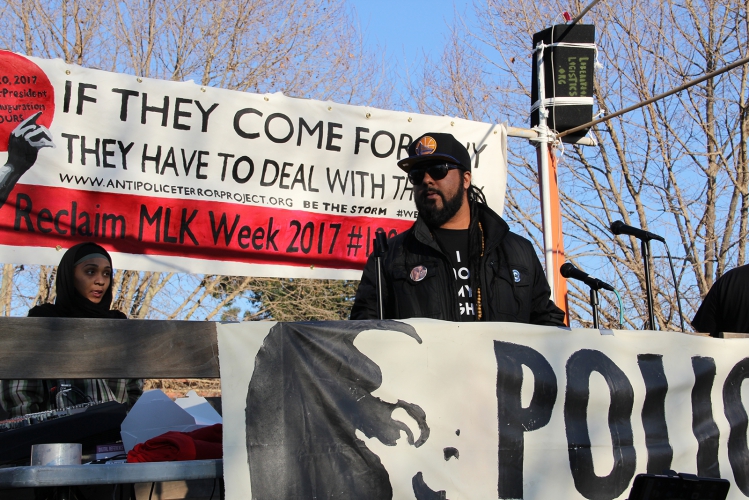 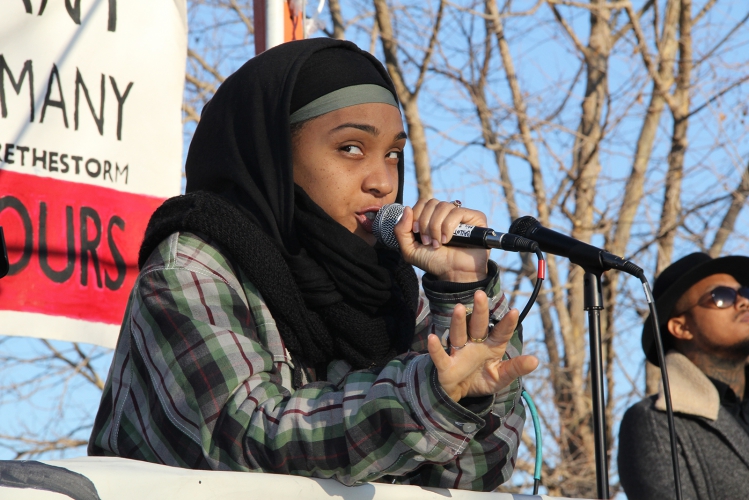 original image (1600x1067)
Cat Brooks closes out the rally asking participants to be sure to clean up and leave no trace. 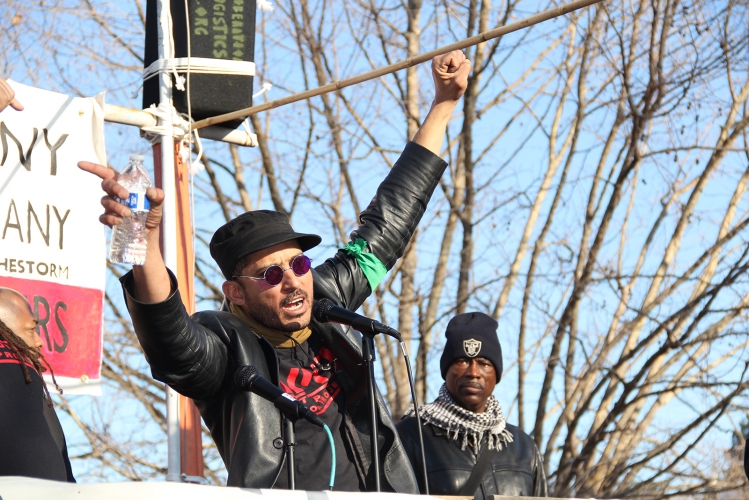 original image (1600x1067)
Jeremy spoke just before Cephus Johnson above. He says location of liberated land will be made public later.

https://www.indybay.org/newsitems/2017/01/...
Add Your Comments
Support Independent Media
We are 100% volunteer and depend on your participation to sustain our efforts!