Thousands of people, though not as many as in previous years, returned to Porter Meadow at UC Santa Cruz on April 20, 2014 (also Easter Sunday) to celebrate 420, the unorganized annual counterculture holiday. All these people have at least one thing in common; a love for smoking cannabis.

Although cannabis is widely consumed throughout California, only medicinal use is legal under state law. 420 (pronounced "Four Twenty") celebrations at UC Santa Cruz, and cities throughout the world, are public demonstrations in support of cannabis. 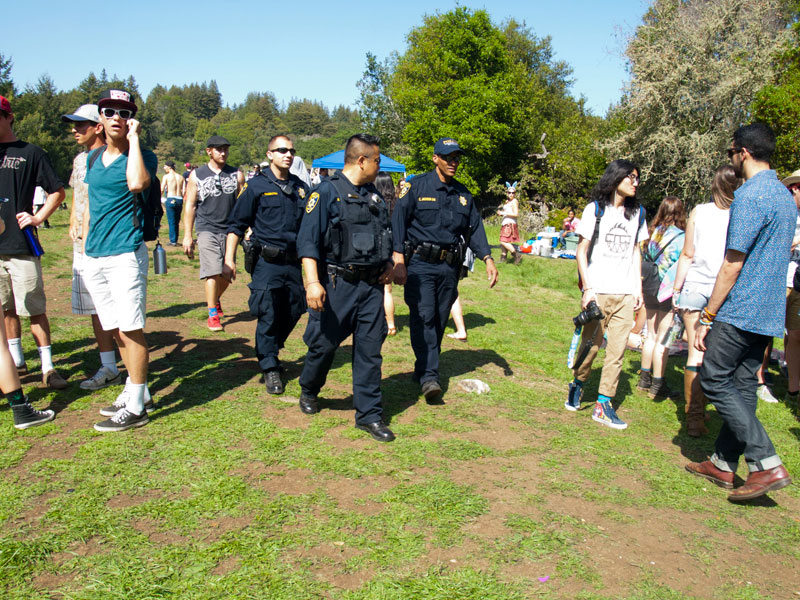 Similar to 420 in 2012 and 2013, many people preferred to be under the forest canopy bordering the meadow. In addition to smoking cannabis and socializing, people enjoyed live marching bands as well as music bumping from speakers under the trees, slacklining, hula hooping, and taking pictures with friends.

As in previous years, UC police officers surveilled the celebration, and men in orange vests documented attendees with video and still cameras.

If you would like more information about 420 at UCSC, please see:

Coverage of 420 at UC Santa Cruz 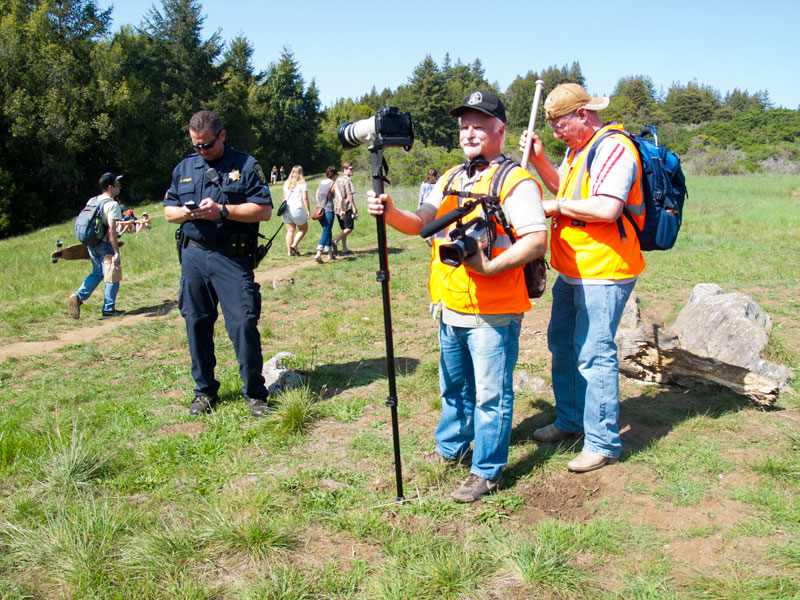 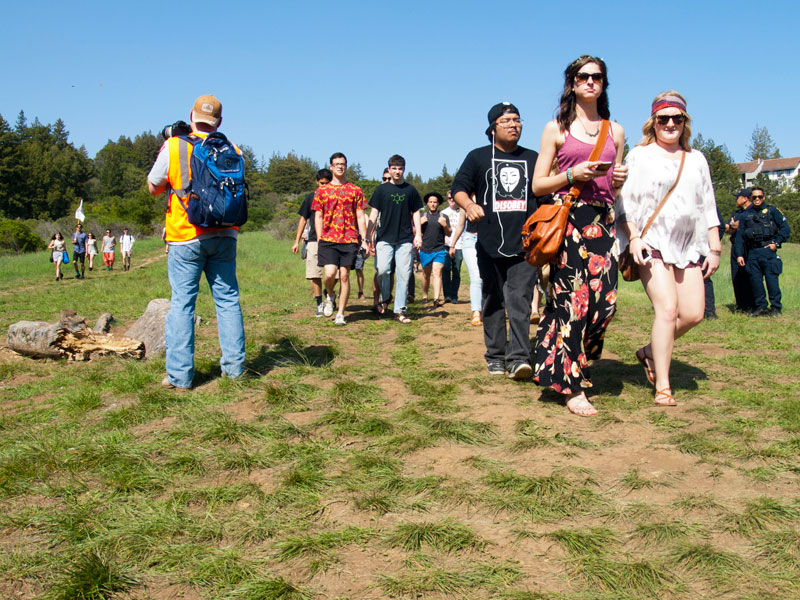 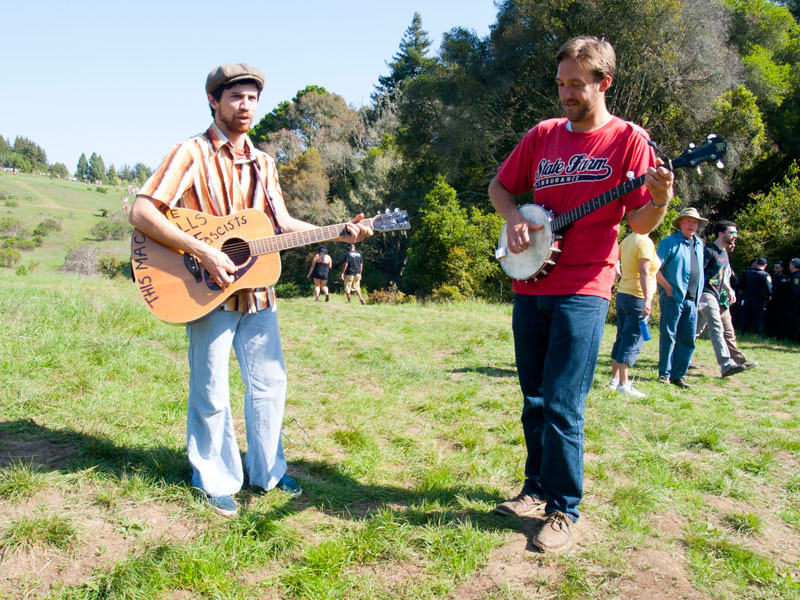 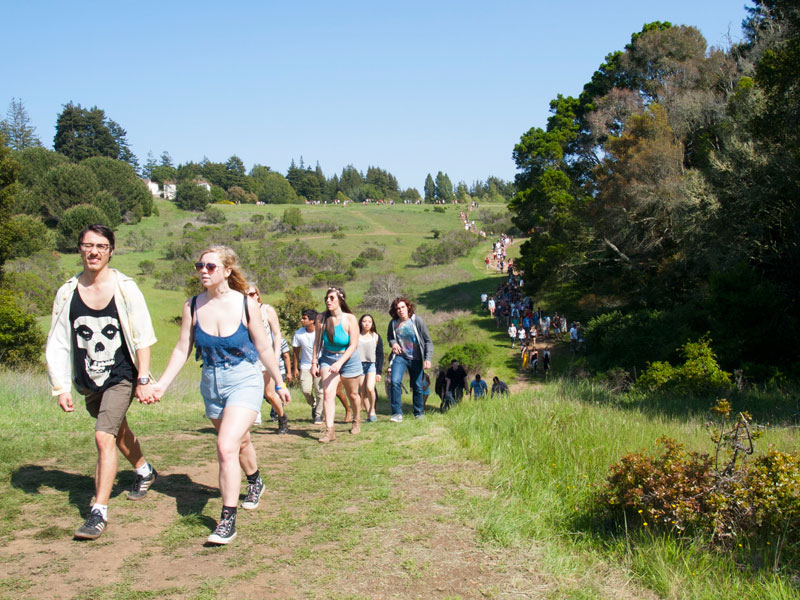 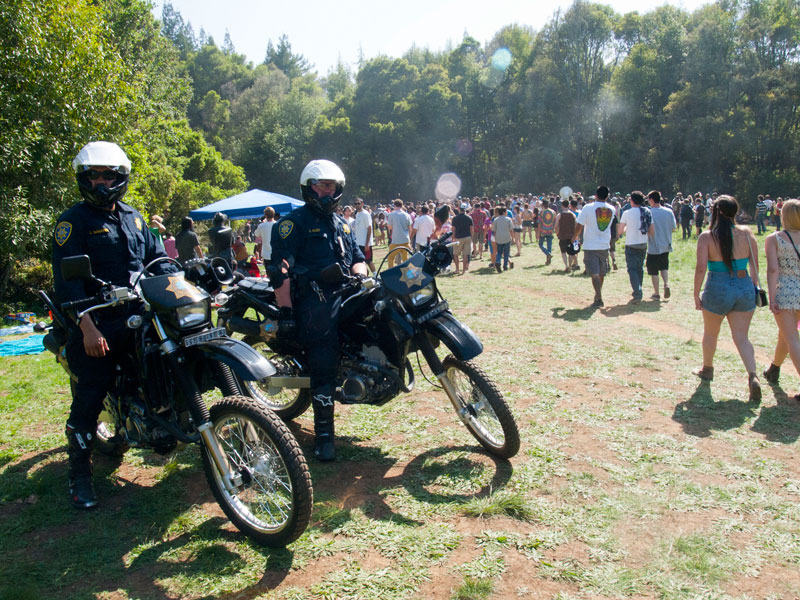 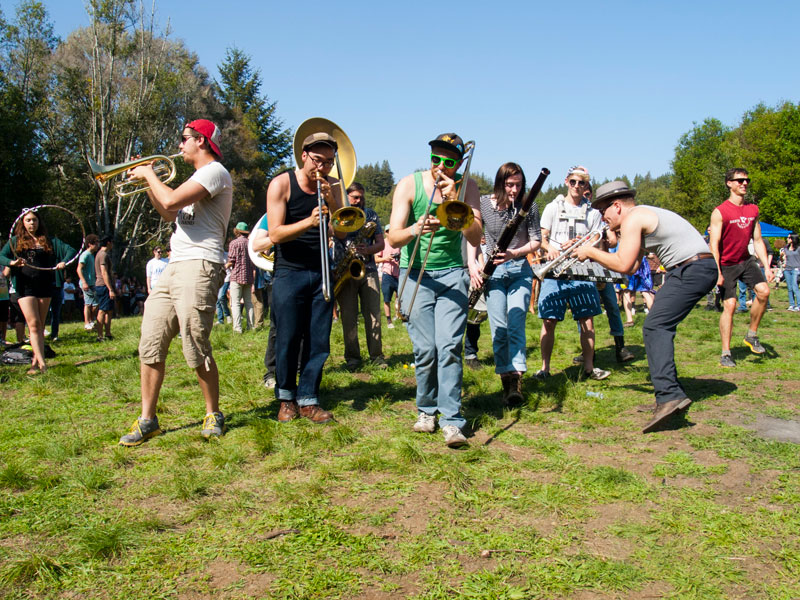 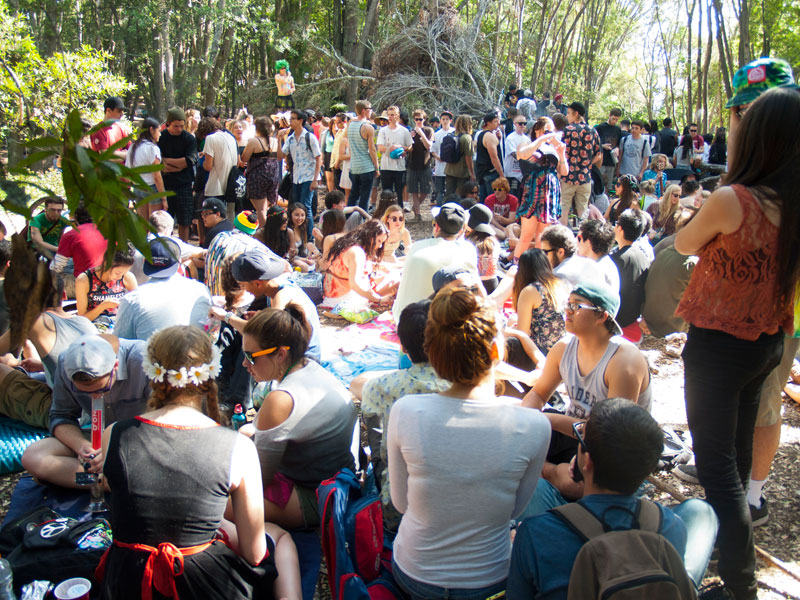 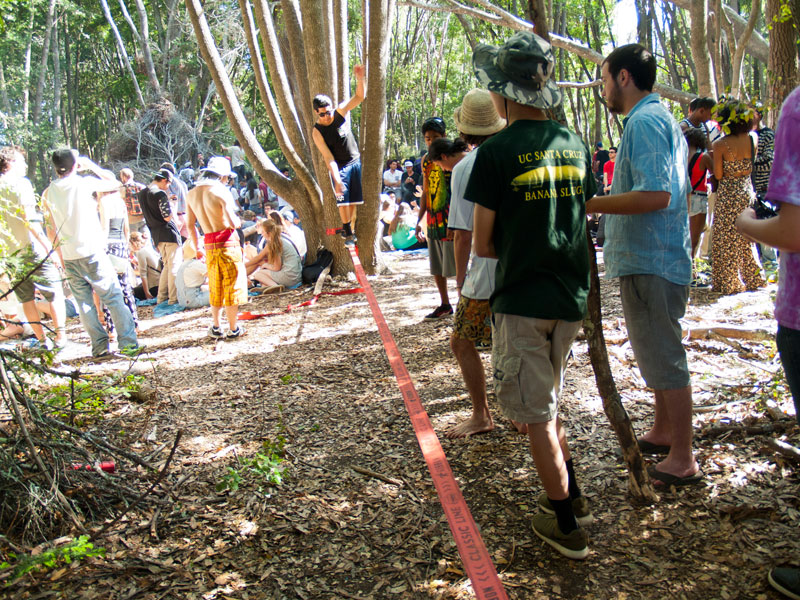 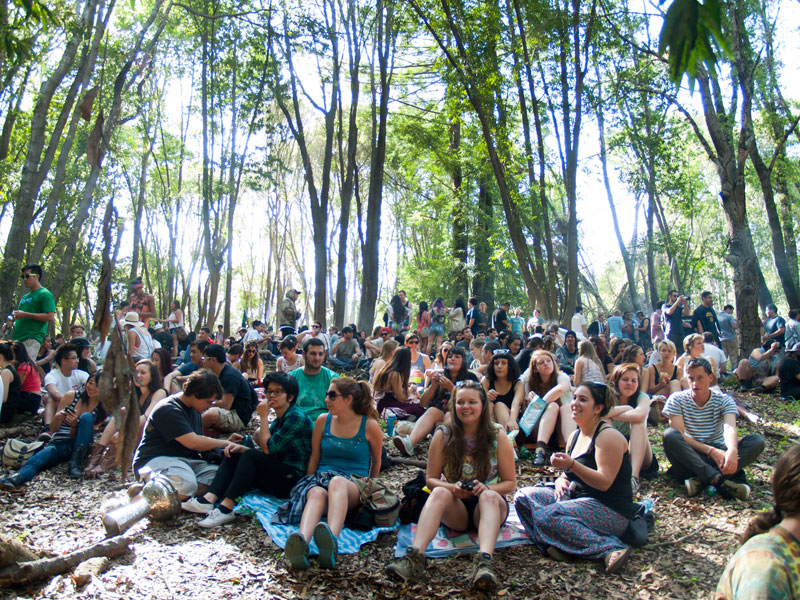 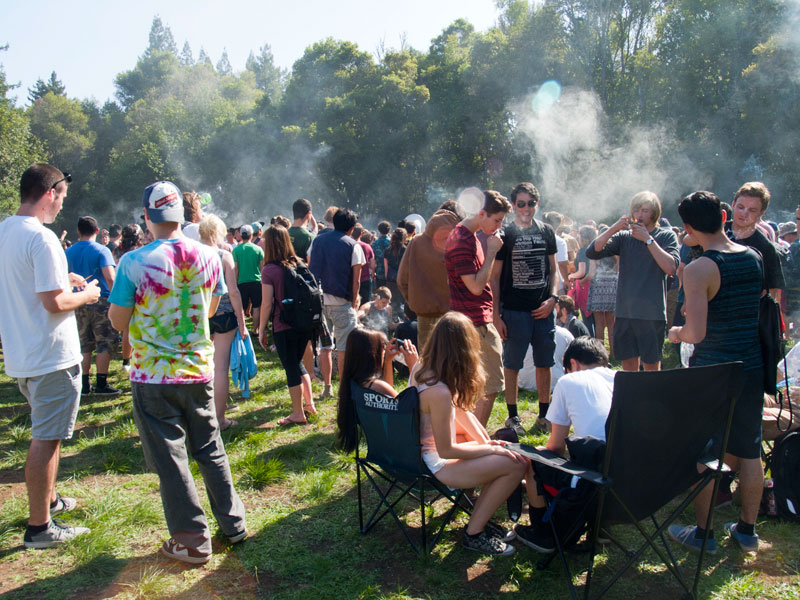 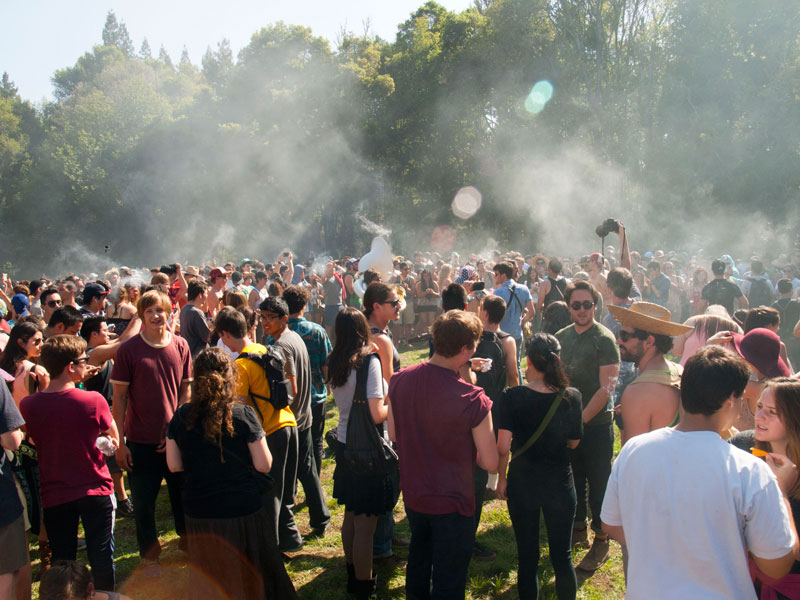 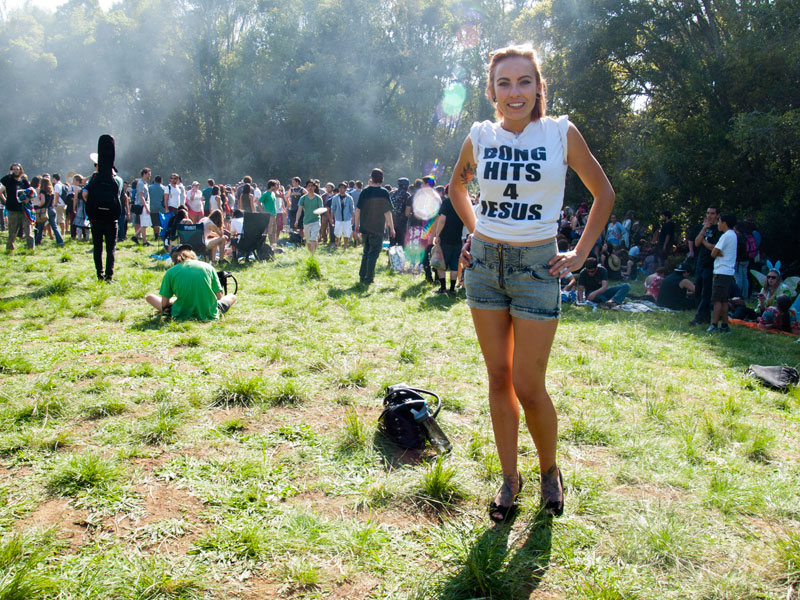 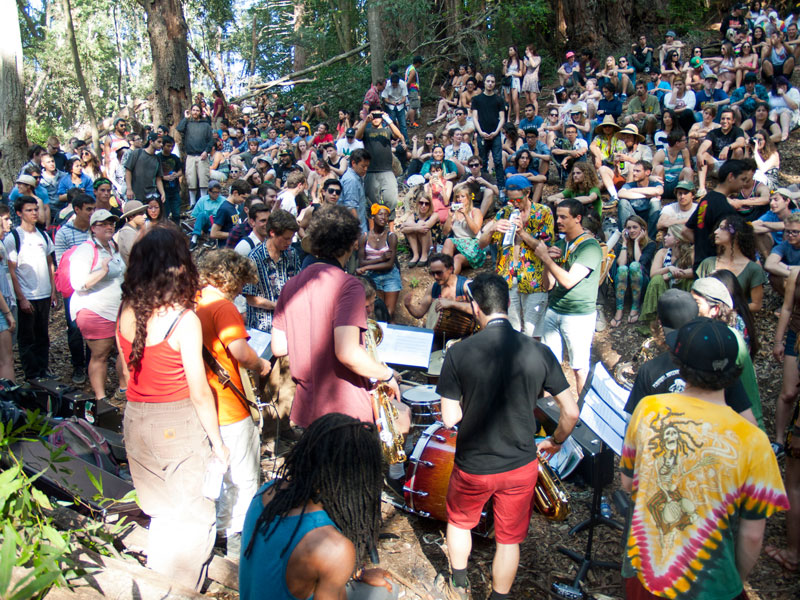 http://bradleyallen.net
Add Your Comments
LATEST COMMENTS ABOUT THIS ARTICLE
Listed below are the latest comments about this post.
These comments are submitted anonymously by website visitors.