by ~Bradley (bradley [at] riseup.net)
Staying true to tradition, thousands of people celebrated Four Twenty in and around Porter Meadow at UC Santa Cruz on April 20th, 2009. Four Twenty (420) is a time of day when people smoke cannabis together. For that reason, April 20th has evolved into a counterculture holiday where people gather to celebrate and consume cannabis. Porter Meadow at UCSC has traditionally been the largest 420 gathering point around. Despite the restrictions established by the UCSC administration and police to curtail the unorganized convergence, people showed they were determined to celebrate Four Twenty, with friends and strangers, in the Porter Meadow. 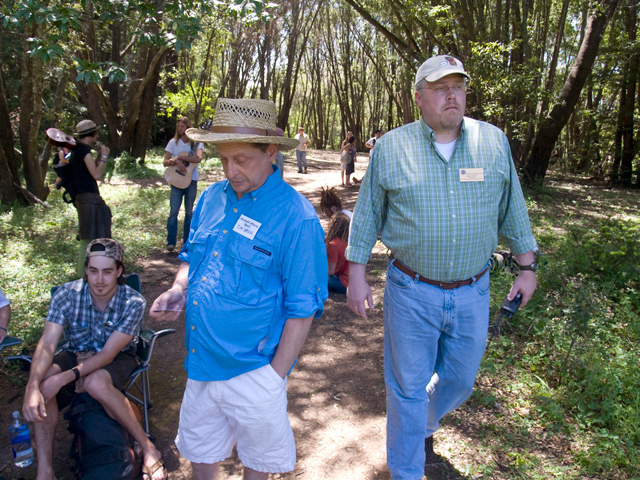 UCSC's Jim Grove (Student Affairs Staff) and Adam Snook (CUHS Community Safety and Emergency Preparedness Program) harass students in the Porter Meadow. Jim Grove is holding a Student ID card. By 3pm, the administrators were out of sight.
§UCPD Deny Entry to a Dog
by ~Bradley 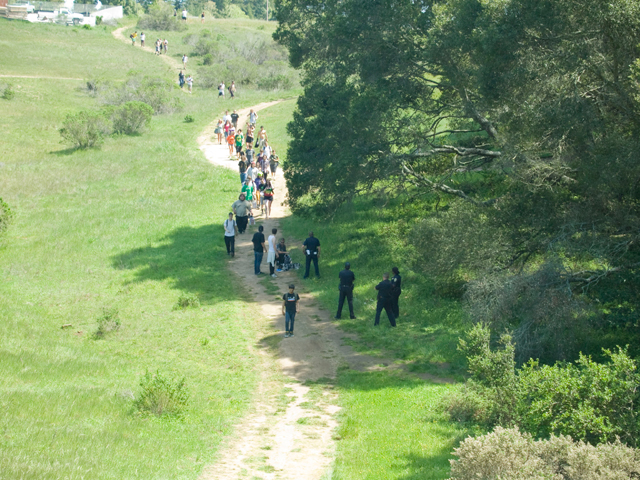 §Playing Frisbee in the Woodland
by ~Bradley 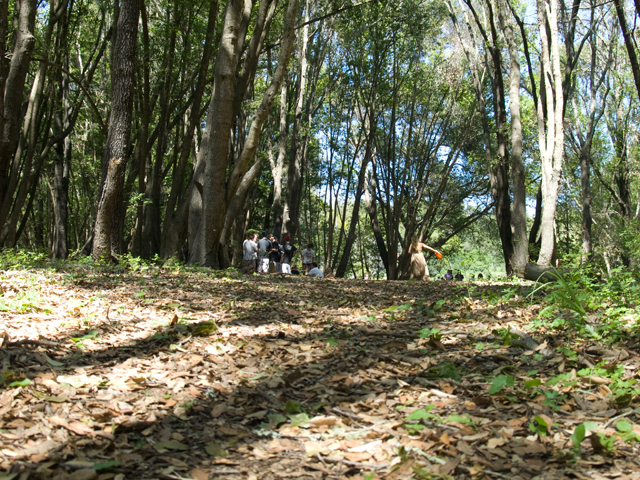 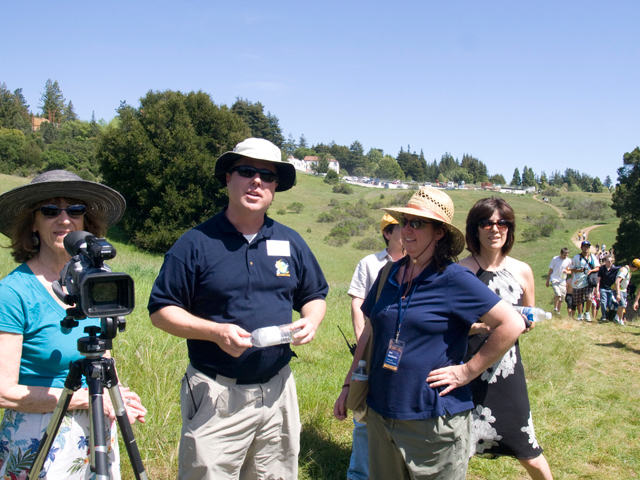 If the UCSC administration hears about a gathering, they usually send out a protest monitor squad and free speech zone enforcers.

Administrators, including Corinne from Labor Relations, spent some time walking around telling students that, because of 420 -- a non-sanctioned event at UCSC -- they were not allowed to sit on the grass.

Corinne reports that 420 at UCSC, "gets bigger every year."

Students were not intimidated by the official threats. As thousands of people descended upon the meadow, the bureaucrats took off.
§Kicking Out the Jams
by ~Bradley 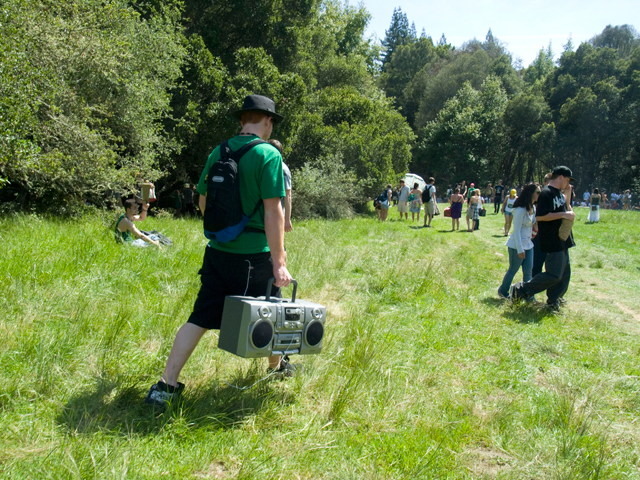 §Hitting the Two Story
by ~Bradley 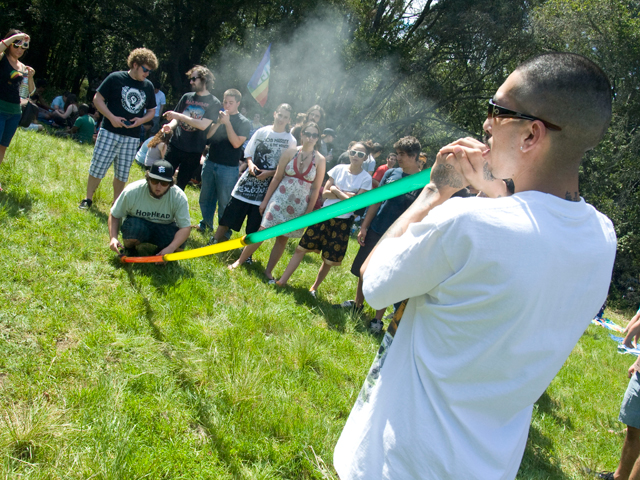 §Balance is Key
by ~Bradley 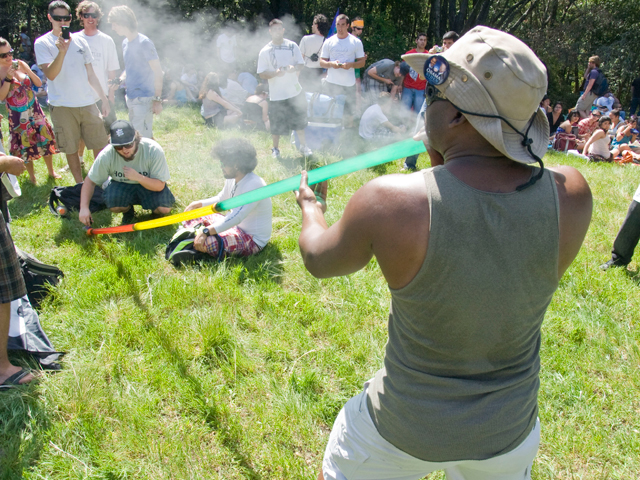 §Welcome to Porter Meadow
by ~Bradley 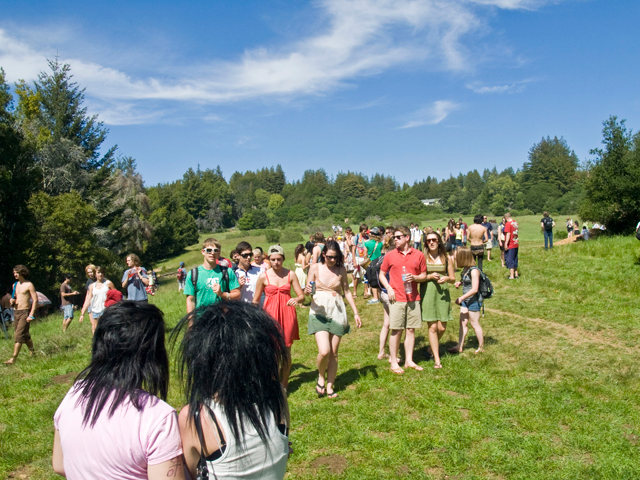 §Corporate Media Report on the Marijuana Holiday
by ~Bradley 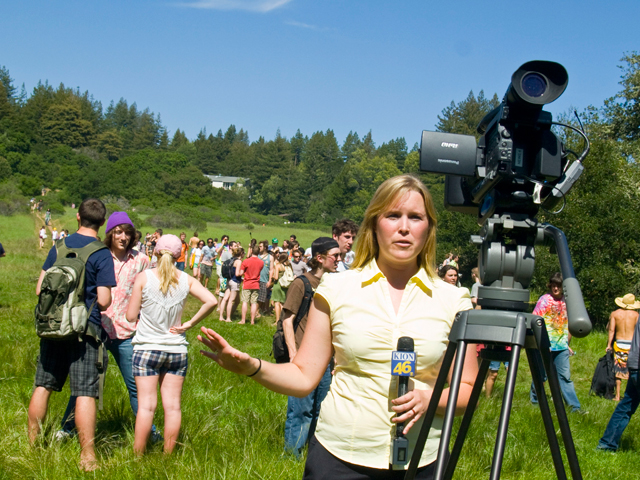 It took this reporter from KION 46 a lot of takes to try and tell a story about Four Twenty. She tried to speak with someone from the University, but according to her, nobody, not even Public Relations, would speak with her.
§Hacky Sack
by ~Bradley 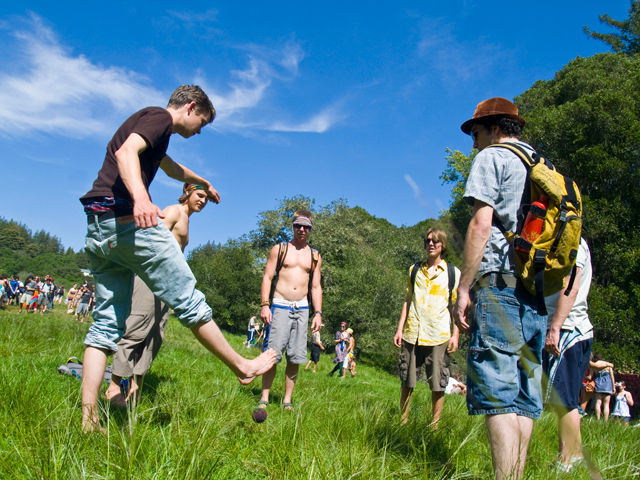 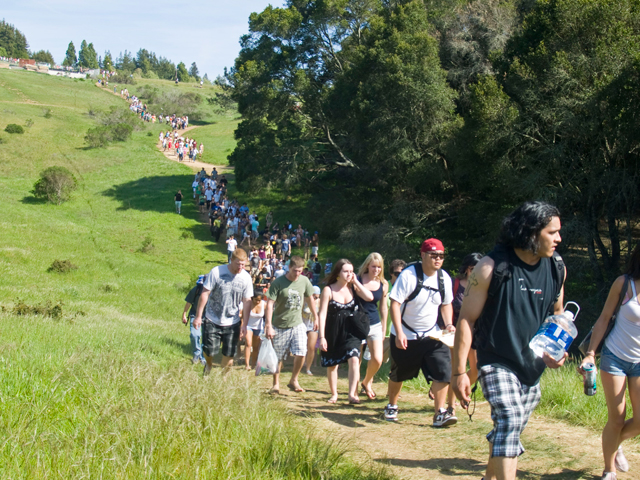 §Music and Dancing
by ~Bradley 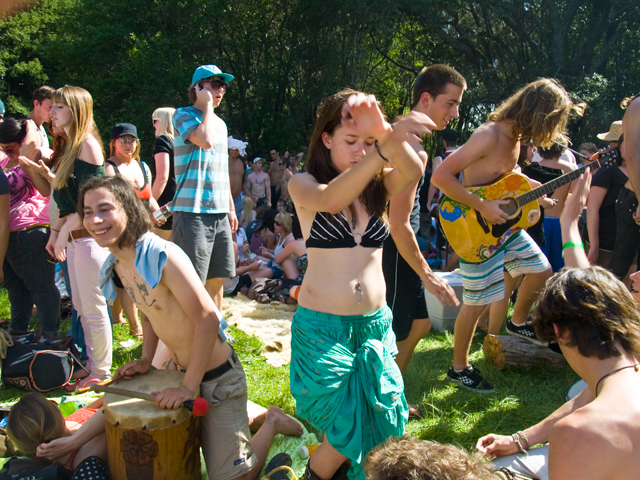 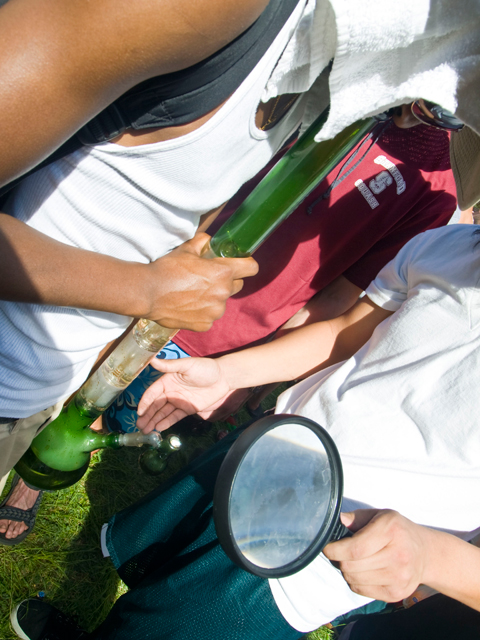 §Rolling a Spliff
by ~Bradley 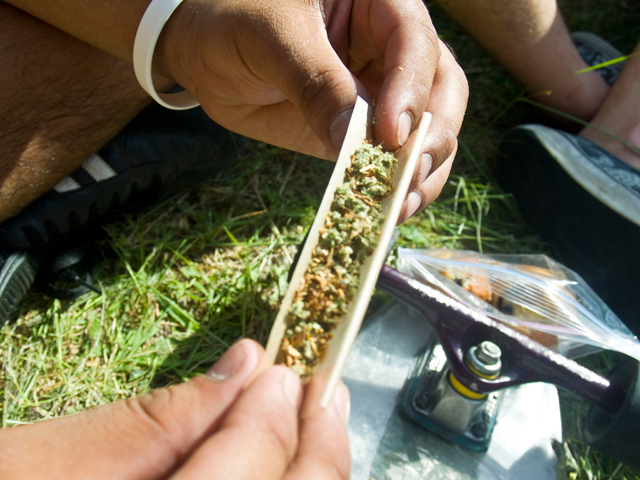 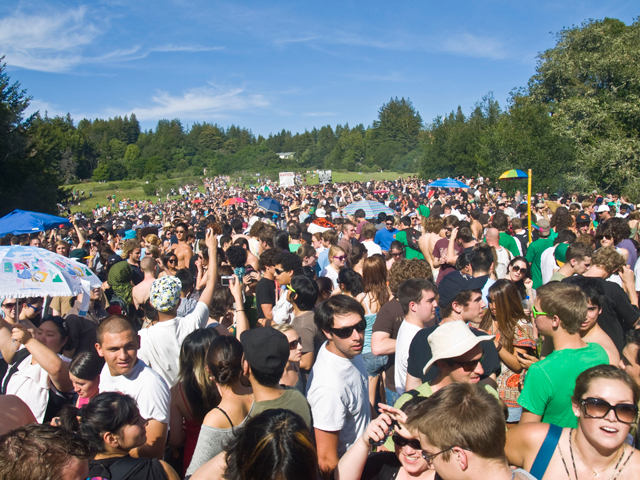 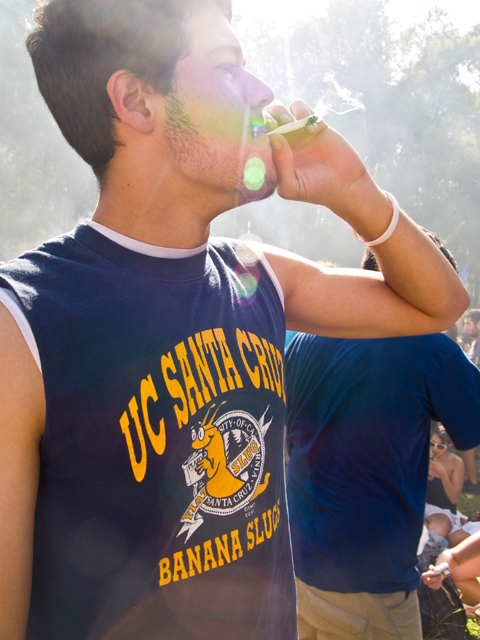 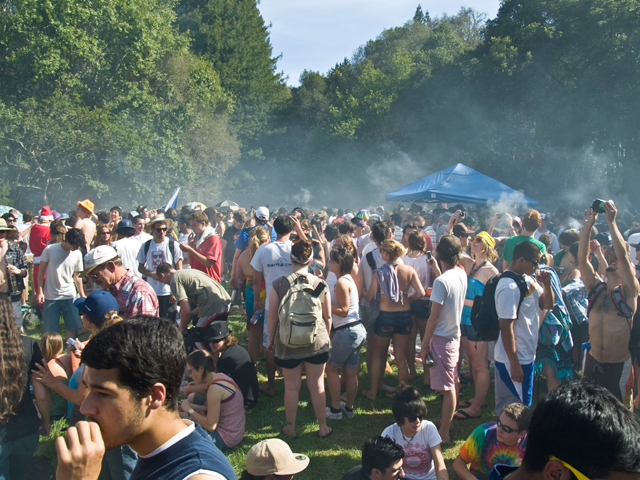 §Pass the Glass
by ~Bradley 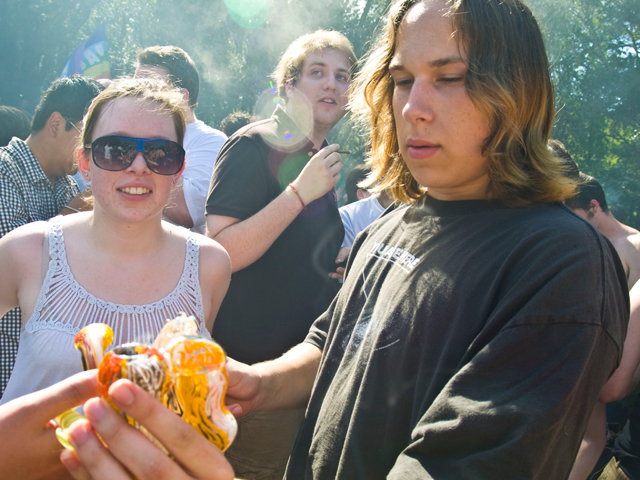 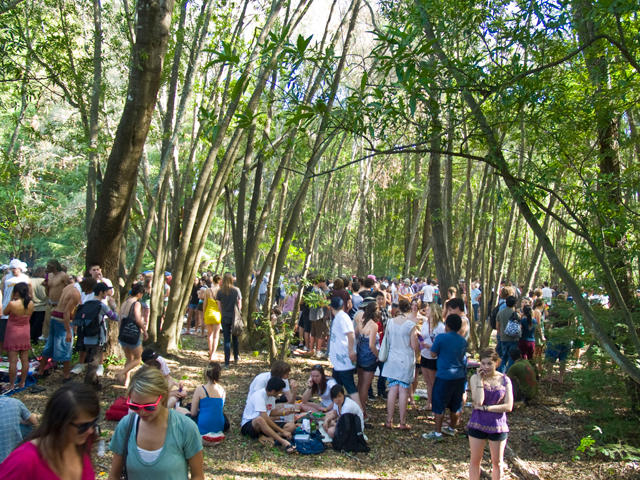 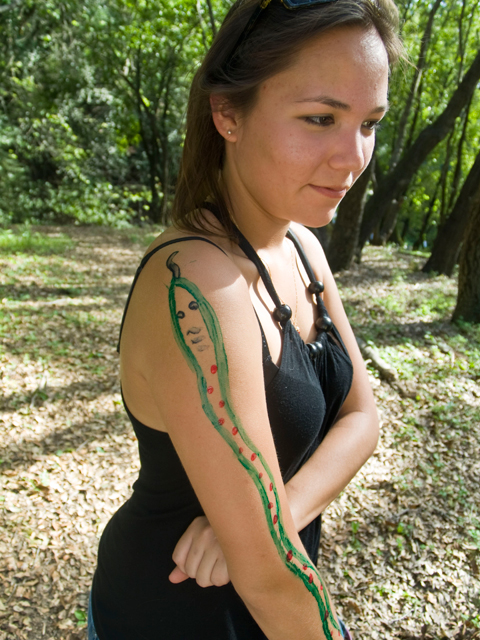 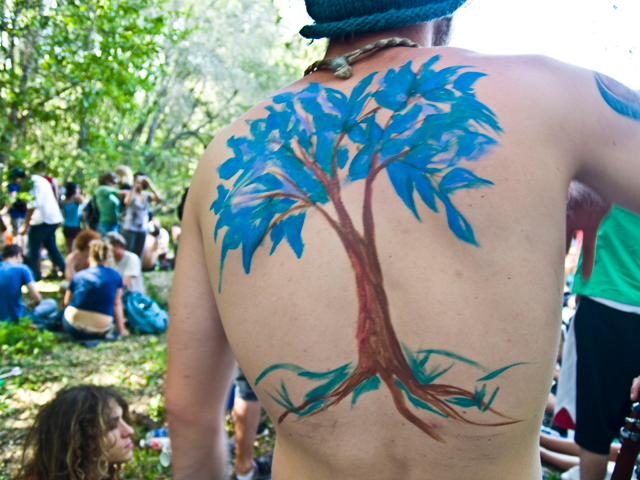 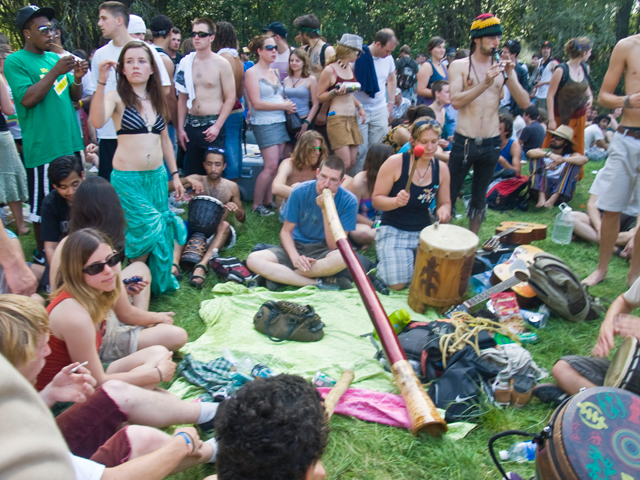 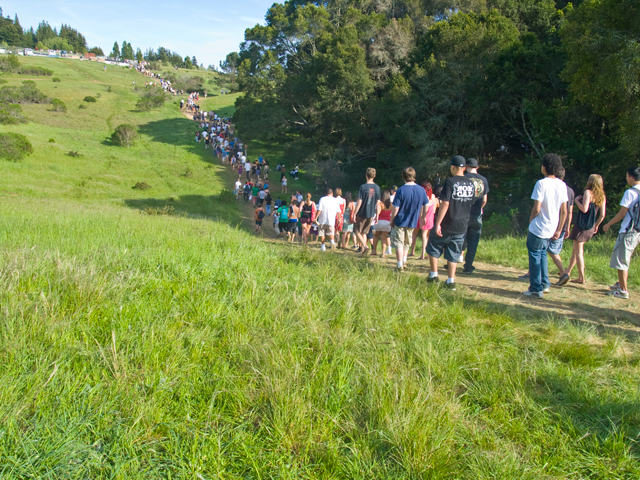 §Cleaning up Porter Meadow
by ~Bradley 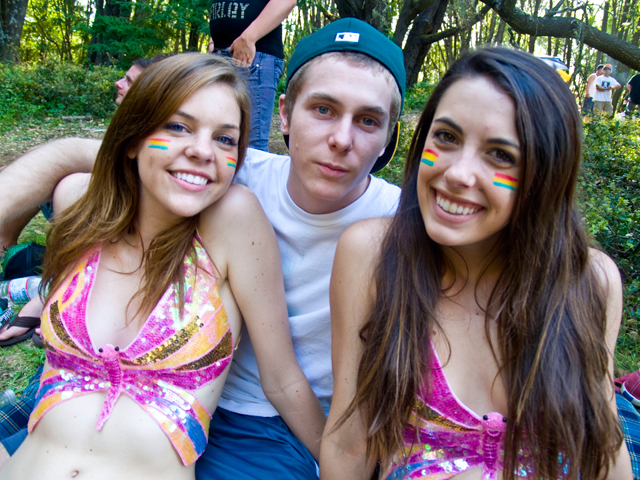 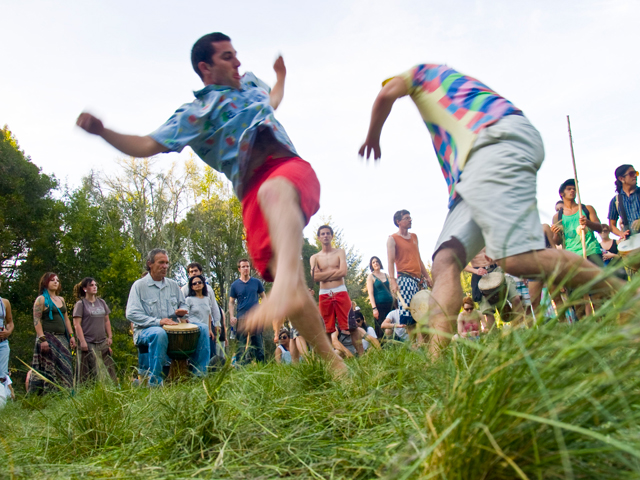 §Breaking Down 420 for the Corporate Media
by ~Bradley talking to the corporate media is usually a bad idea..
§Picking Up Trash
by ~Bradley -- also check out:
Four Twenty at UC Santa Cruz
http://www.indybay.org/newsitems/2009/04/14/18588886.php
Add Your Comments
Latest Comments
Listed below are the latest comments about this post.
These comments are submitted anonymously by website visitors.
TITLE
AUTHOR
DATE
maybe just maybe
^_^ heidi
The University hates cannabis because they can't patent it...
stolen
An End to the War on Weed?
Nathan Comp (repost)
WEEEEEEEEEEEEEEEEEEEEEEEEEEEEEEEEEED!!
(A)
fool it
(A)
Cool in the Shade
Puffy the Vampire Slayer
dang...
somekid
Smoking in the Heat is Sickening; Change protest to winter
=
Support Independent Media
We are 100% volunteer and depend on your participation to sustain our efforts!