Newswire
Calendar
Features
Home
Donate
From the Open-Publishing Calendar
From the Open-Publishing Newswire
Indybay Feature
Publish to Newswire
Add an Event
Related Categories: Santa Cruz Indymedia | Drug War | Education & Student Activism
Thousands Celebrate Four Twenty in the Forest at UC Santa Cruz
by ~Bradley (bradley [at] riseup.net)
Friday Apr 22nd, 2011 12:29 AM
On Wednesday, April 20th, thousands of people participated in the annual pilgrimage to Porter Meadow at UC Santa Cruz to celebrate Four Twenty. People adapted to the drizzle throughout the afternoon and took shelter in the woodlands and under redwoods surrounding the meadow. This year a couple of decent sized speakers were kicking out jams, mostly reggae, from the redwoods on a hill.

Four Twenty (known to some as "amateurs' day") in Porter Meadow at UC Santa Cruz is an unorganized annual tradition.

Cannabis is a beneficial herb. 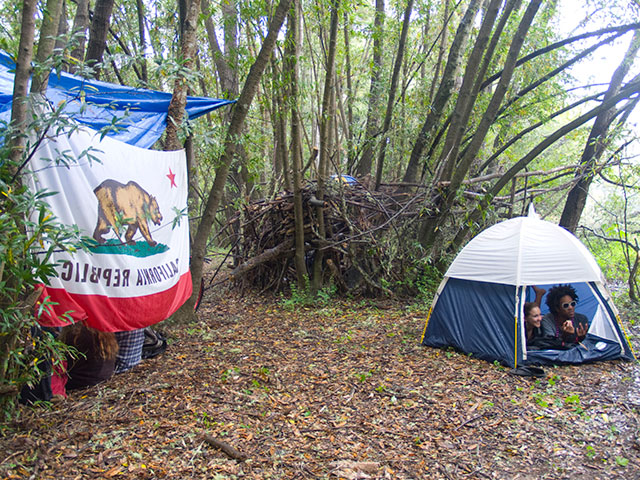 "…marijuana is one of the safest, therapeutically active substances known to man."
– Judge Francis Young (DEA)

"Even if one takes every reefer madness allegation of the prohibitionists at face value, marijuana prohibition has done far more harm to far more people than marijuana ever could."
- William F. Buckley Jr.

"The illegality of cannabis is outrageous, an impediment to full utilization of a drug which helps produce the serenity and insight, sensitivity and fellowship so desperately needed in this increasingly mad and dangerous world."
- Carl Sagan

Photos from 420 in Previous Years at UC Santa Cruz 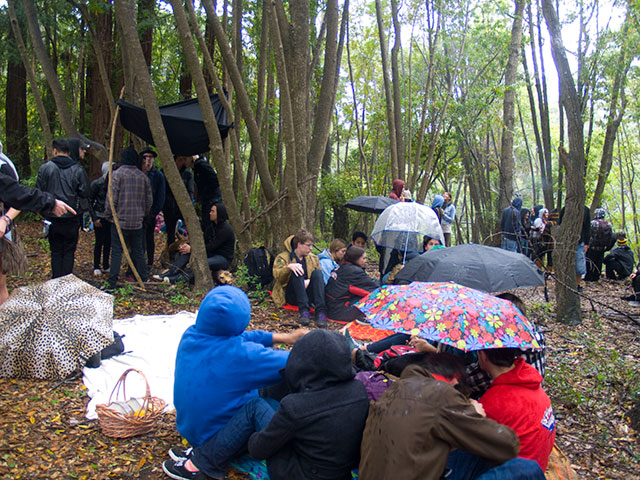 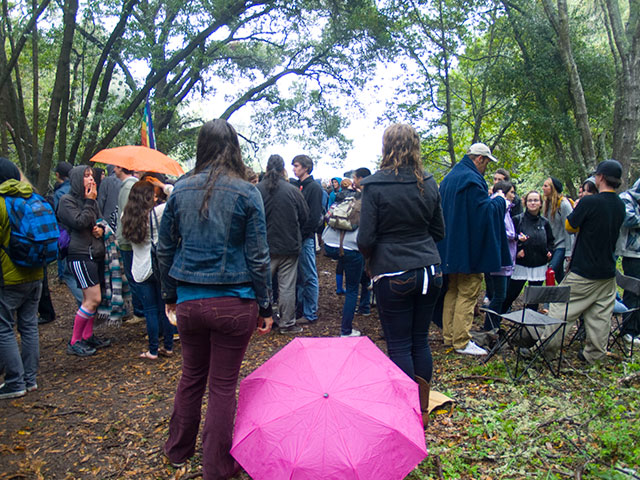 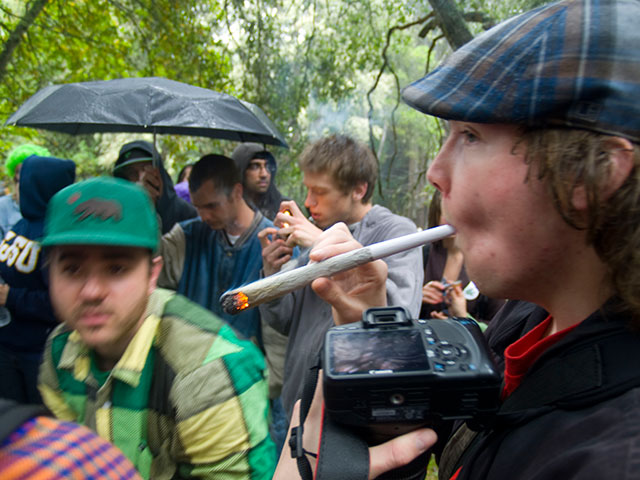 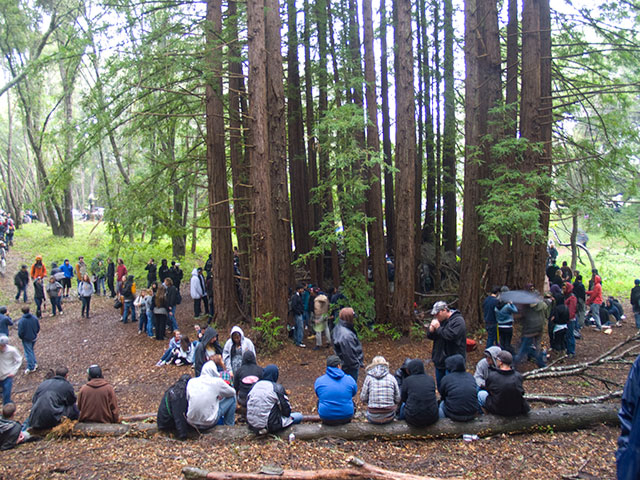 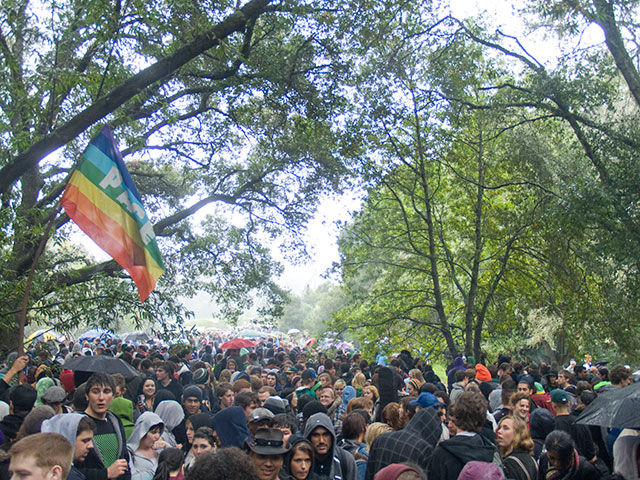 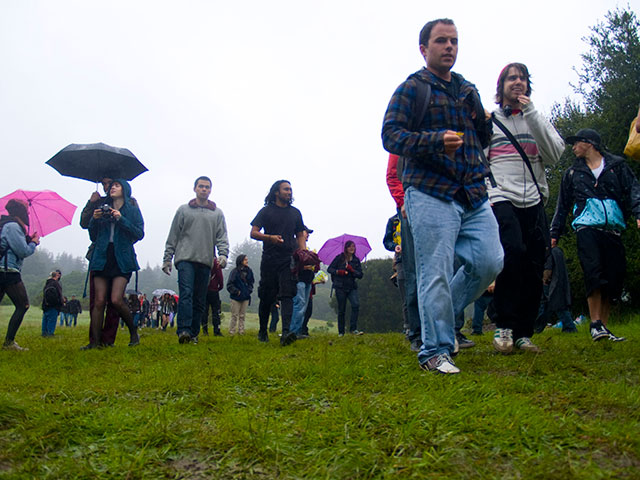 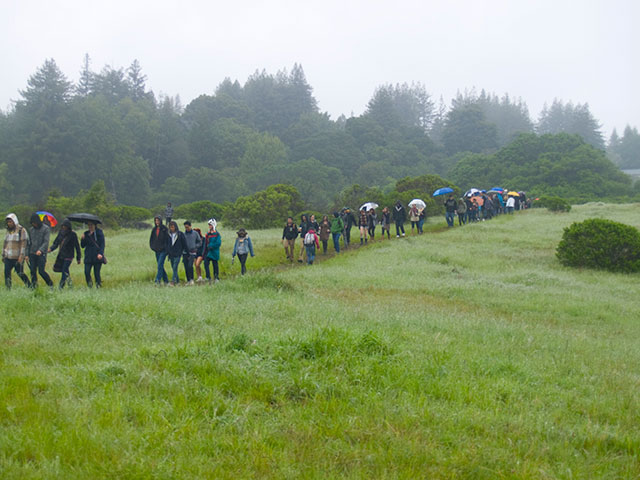 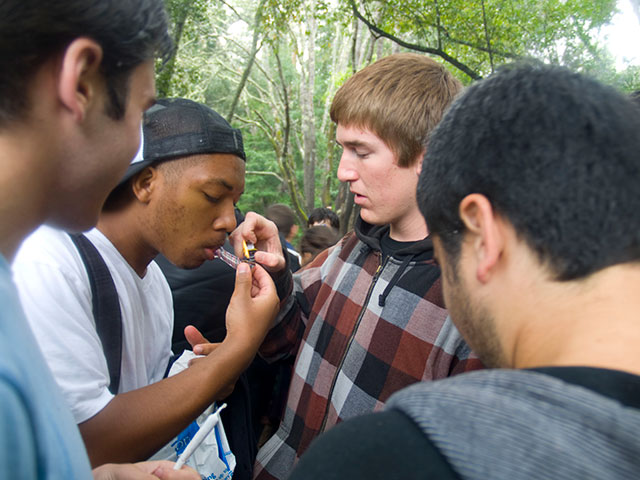 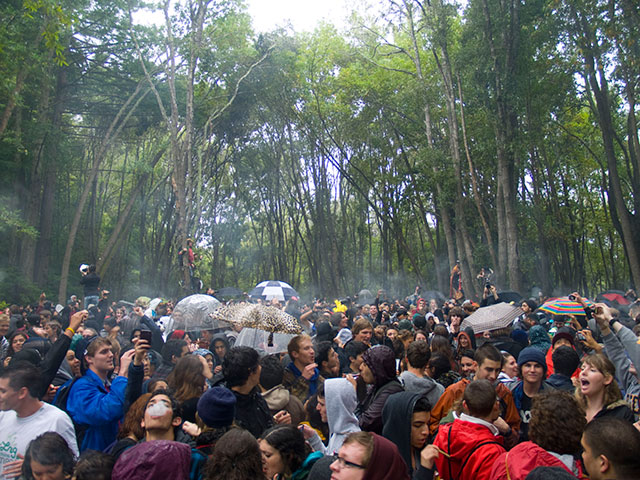 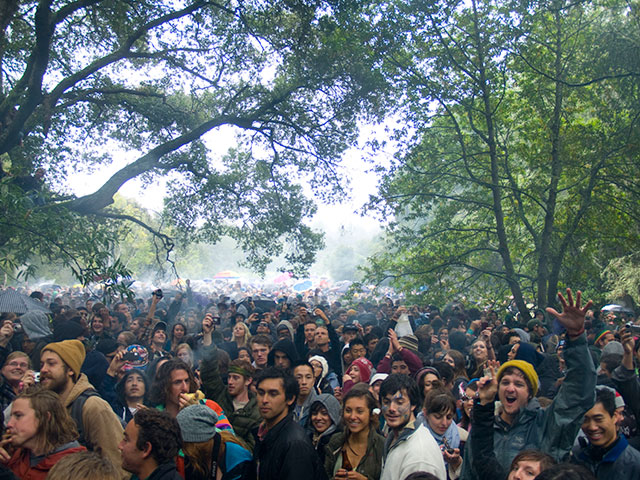 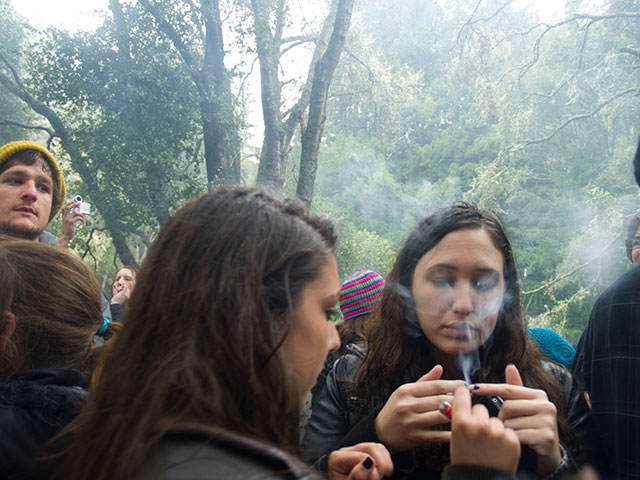 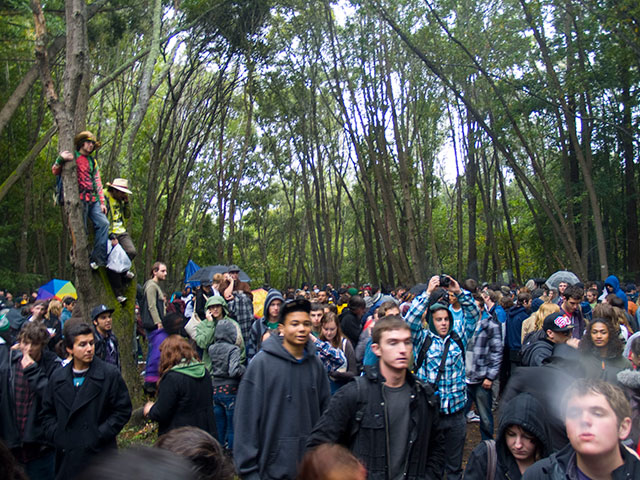 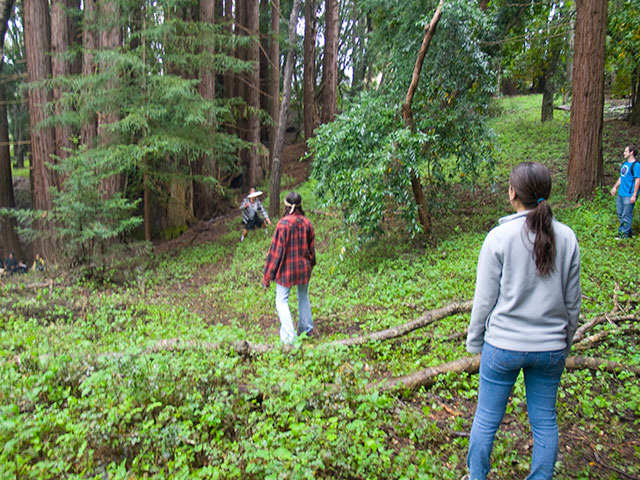 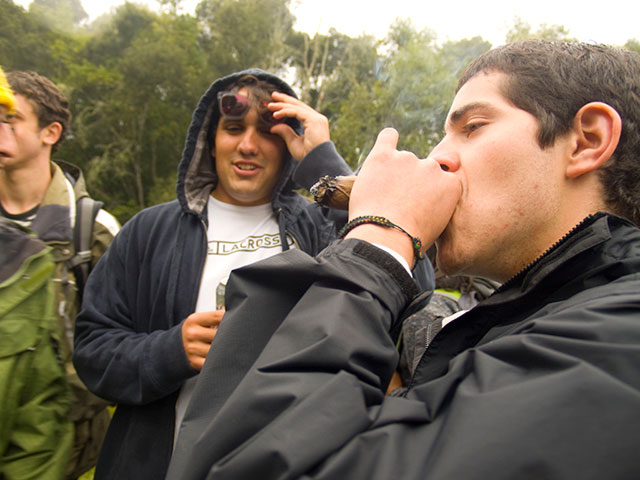 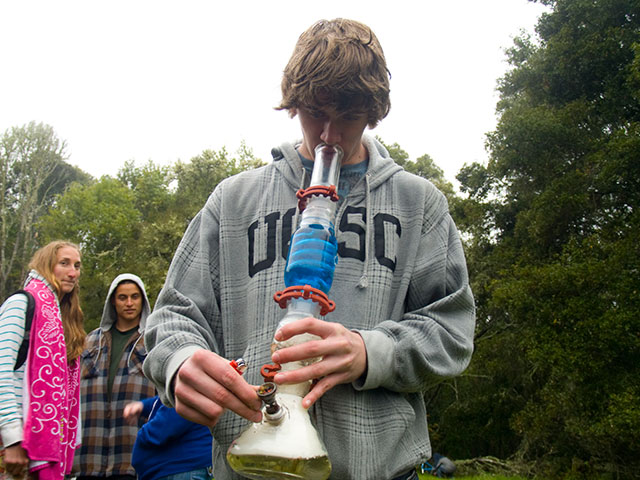 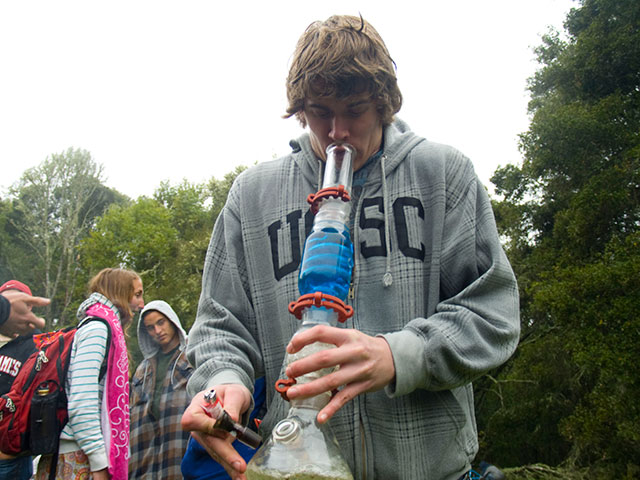 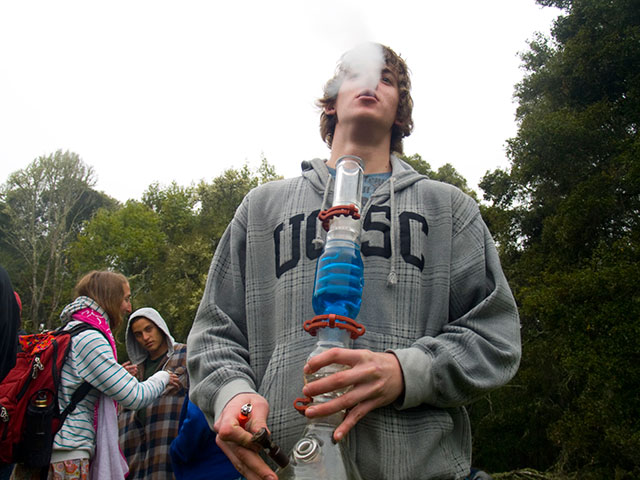