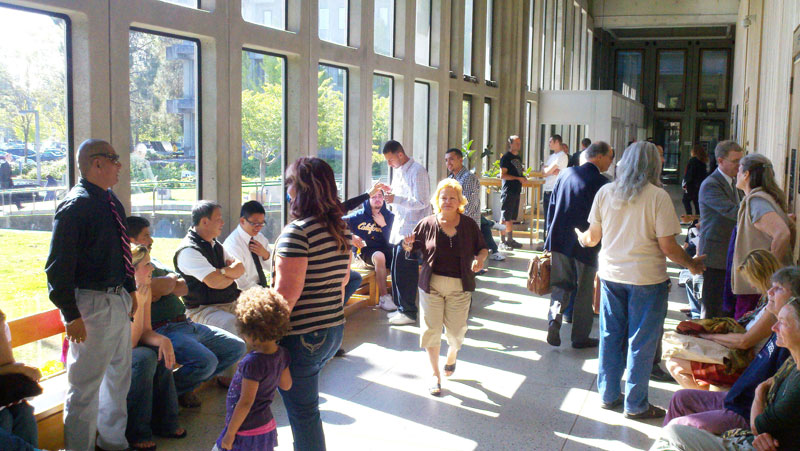 Photo: People wait inside the Santa Cruz Courthouse for department 3 to open. July 20, 2012.


Six of the Santa Cruz Eleven have had all charges against them dismissed by Santa Cruz Judge Paul Burdick in pre-trial hearings on April 25th and May 14th, however the District Attorney refiled all charges against Alcantara and Laurendeau. Their new preliminary hearing had been scheduled for July 23rd before Judge Ariadne Symons, but now their hearing will be joined with the five other remaining Santa Cruz Eleven defendants.

About the Santa Cruz Eleven

The Santa Cruz Eleven are local community members who have been charged with an unprecedented variety of offenses arising from their alleged involvement with the occupation of a long-time vacant bank building late last fall, 2011.

These defendants are either journalists, members of our local press, and/or activists supportive of the Occupy movement.

The Santa Cruz Eleven defendants were participating in constitutionally protected activities either as news gatherers, observers, or as supporters, including a mediator between police and activists inside the occupied building.

Hundreds of individuals, if not more, entered and exited the bank building during the 75-hour occupation, including local elected officials, corporate press and “citizen journalist” bloggers. Only the Santa Cruz Eleven have been charged.

The Santa Cruz Eleven are being selectively prosecuted because of their past activism relating to independent media publishing, adversarial relationships with law enforcement and prior public direct actions on issues of social justice that have been critical of the local police department, local government, and the District Attorney’s office for over a decade.


Bradley Stuart Allen is a photographer, Indymedia volunteer and website developer living in Santa Cruz, California. Allen, a longtime volunteer photojournalist and editor for Indybay.org, is one of the Santa Cruz Eleven. The charges against him were politically motivated, but legally unjustified. All charges against Allen were dismissed on May 14th, 2012, thanks to legal support and organizations including the National Press Photographers Association (NPPA), Reporters Committee for Freedom of the Press (RCFP), Society of Professional Journalists (SPJ NorCal), and the American Civil Liberties Union (Santa Cruz County and Northern California ACLU).
http://bradleystuart.net/
§Occupy Santa Cruz Banner
by Bradley Stuart Allen Friday Jul 20th, 2012 4:59 PM 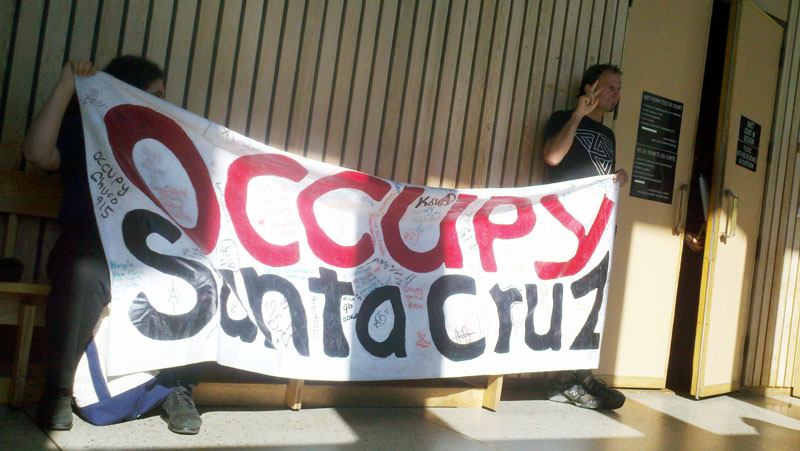 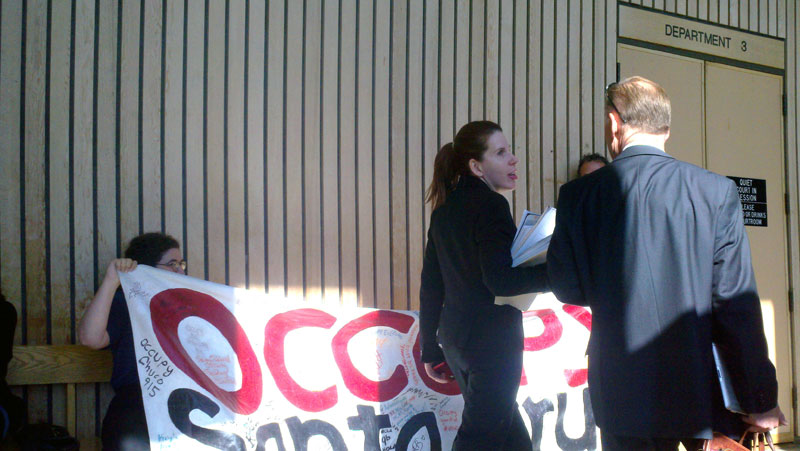 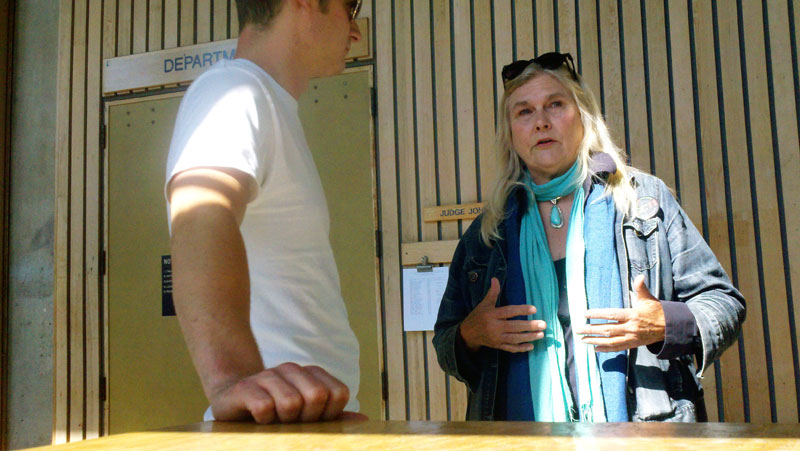 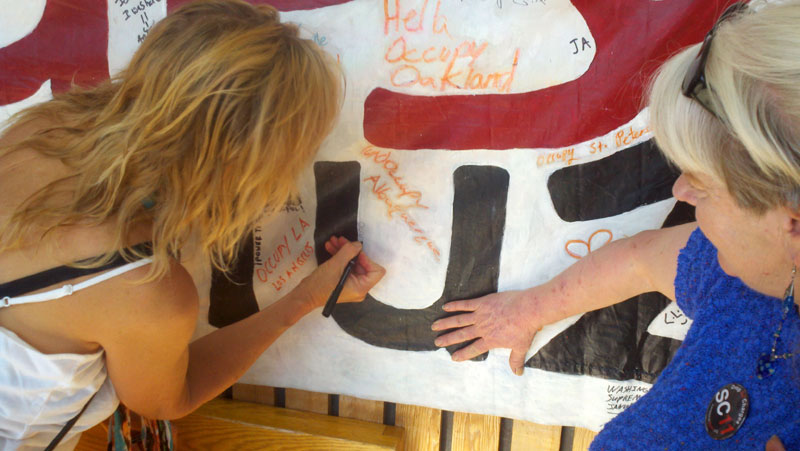 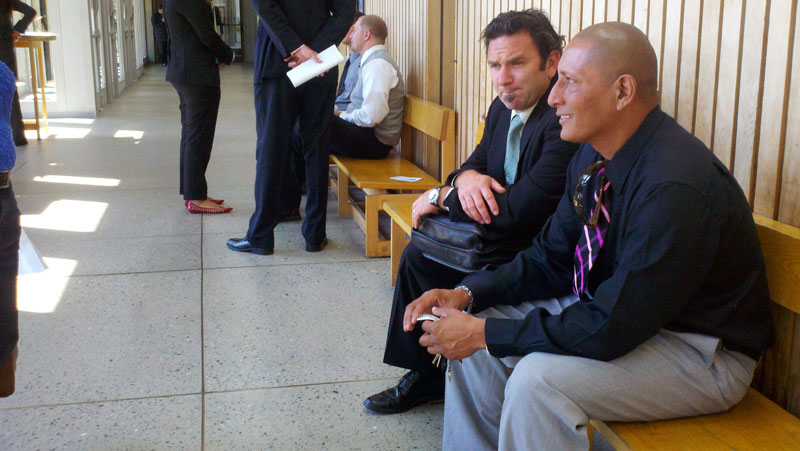 Thur. Aug. 16, 8 PM (sign-up at 7:30 PM) Open Mike at Sub Rosa Cafe 703 Pacific: "Empty Buildings are the Crime"--the Issue, and "The 75 River St. Experience". Come and share stories, feelings, how you've survived and felt about the crackdown in Santa Cruz.

Fri. Aug. 17, 9 AM Department 6 70l Ocean St. County Courthouse: Readiness Hearing for the Santa Cruz Eleven (Just a pro-forma hearing, but all 7 remaining defendants will be there)

Mon. Aug. 20, 9 AM Preliminary Hearing for the Santa Cruz Eleven D.A. Bob Lee's Big Top Boondoggle Begins its 4-day run. All previous charges have been dropped, but these 7 continue to face a possible 7 years in jail for having been in the 75 River St. empty bank building last year reporting on or supporting a peaceful 3-day protest

Go to http://www.santacruzeleven.org for more information.
Add a Comment
Support Independent Media
We are 100% volunteer and depend on your participation to sustain our efforts!