Add an Event
Newswire
Calendar
Features
Home
Donate
From the Open-Publishing Calendar
From the Open-Publishing Newswire
Indybay Feature
Publish to Newswire
Add an Event
Related Categories: Santa Cruz Indymedia | Global Justice & Anti-Capitalism | Health, Housing & Public Services | Police State & Prisons
Vacant Bank Occupied at River and Water Streets in Santa Cruz (Part 2 of 2)
by Bradley Stuart (bradley [at] riseup.net)
Thursday Dec 1st, 2011 1:03 AM
On November 30th, more than a hundred activists in Santa Cruz demonstrated in front of a Chase bank, before marching to and occupying a vacant bank building on River and Water Streets at 3 PM. A communique handed out shortly after the building was entered states, "This building is being re-purposed in solidarity with Occupy Santa Cruz. Formerly a Coast Commercial Bank, the building was bought by Wells Fargo, closed, and has been vacant for the past three years. The company leasing the building manages foreclosures for Wells Fargo.

"The building is being re-purposed under Federal and State laws surrounding 'adverse possession.' This law states that space is most beneficial to the people who use it. Spaces like this one, reclaimed from the wealthiest 1%, are places where we can seek redress to our grievances." 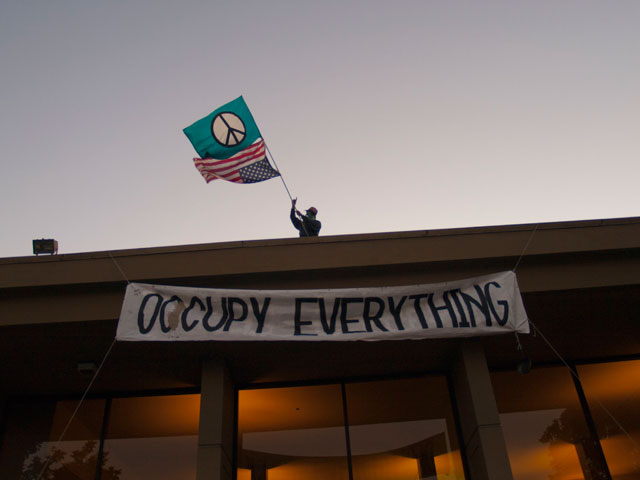 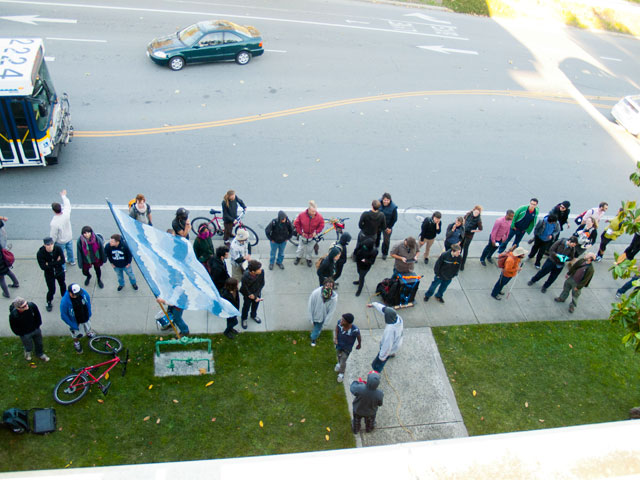 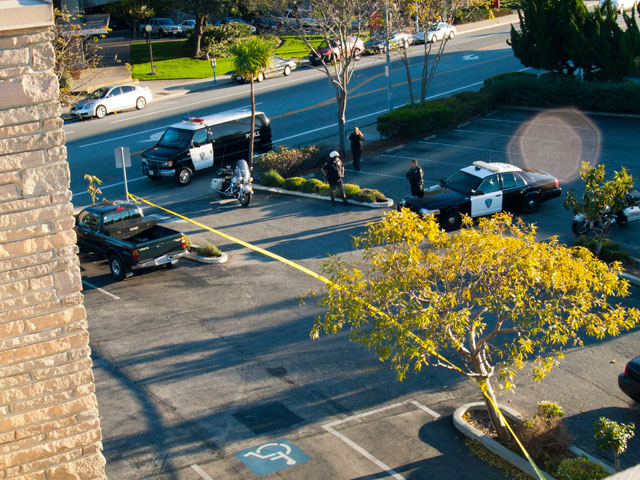 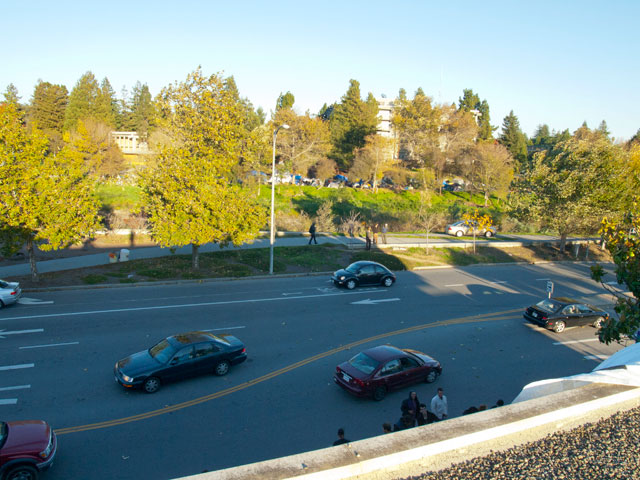 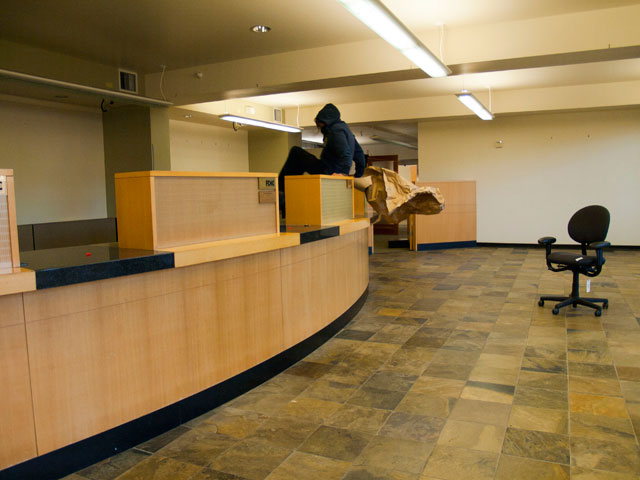 http://bradleystuart.net
§Occupy Everything
by Bradley Stuart Thursday Dec 1st, 2011 1:03 AM 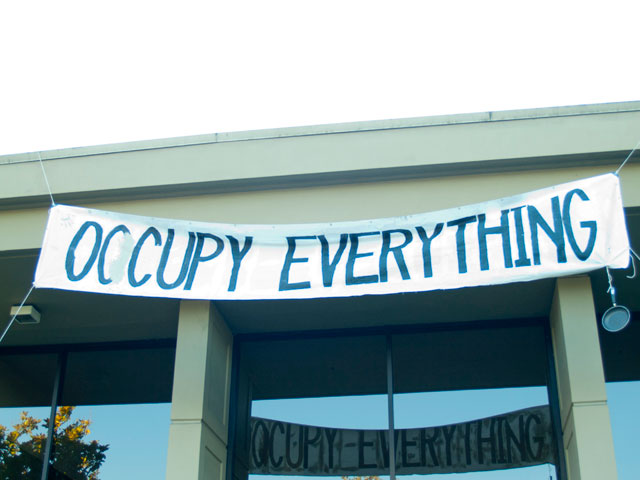 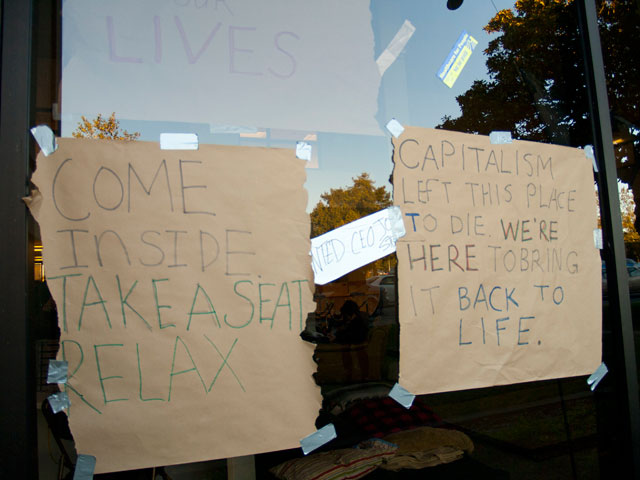 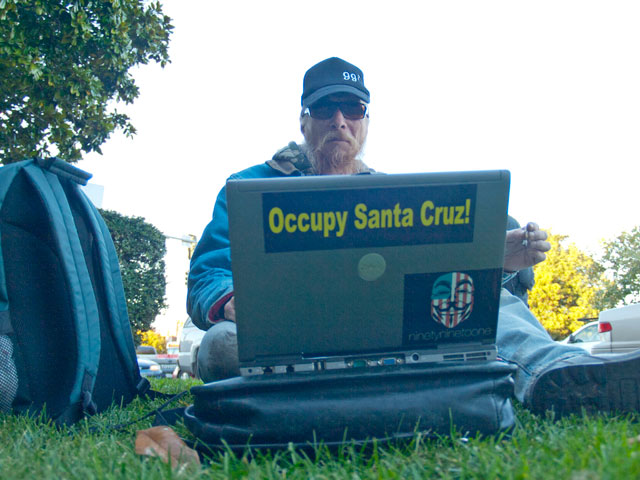 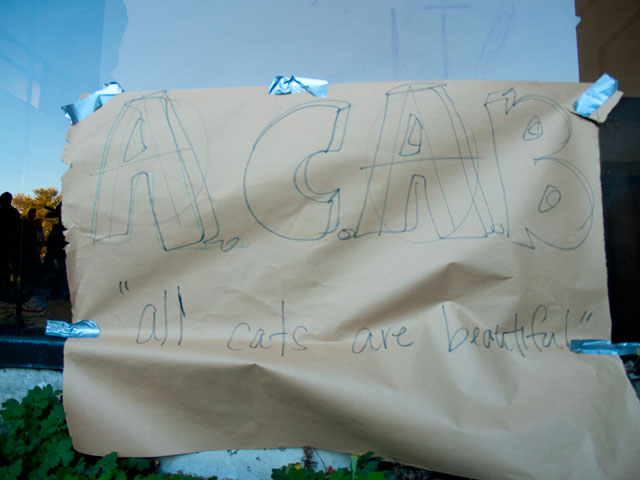 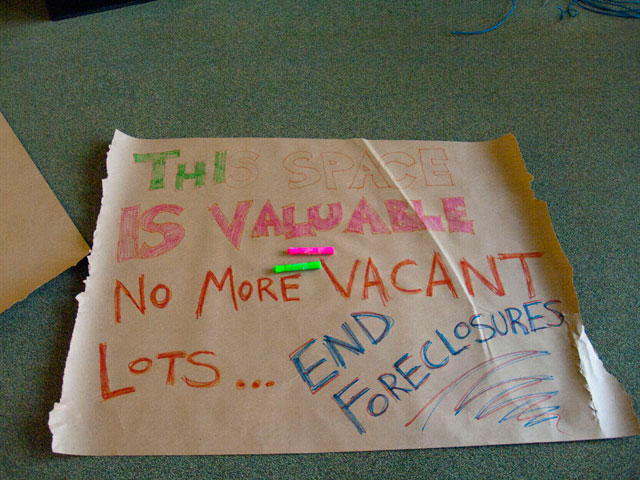 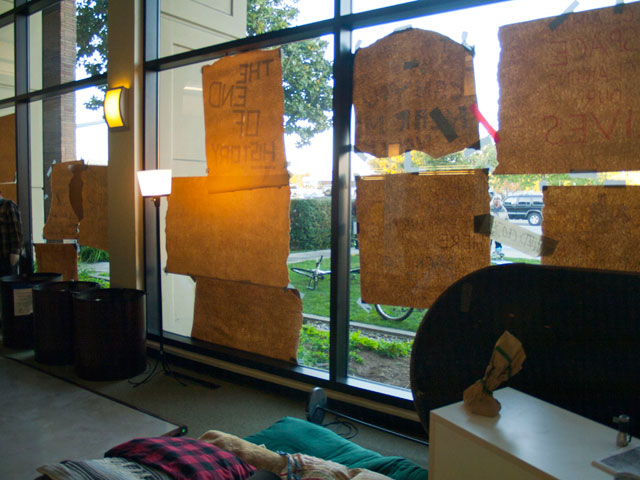 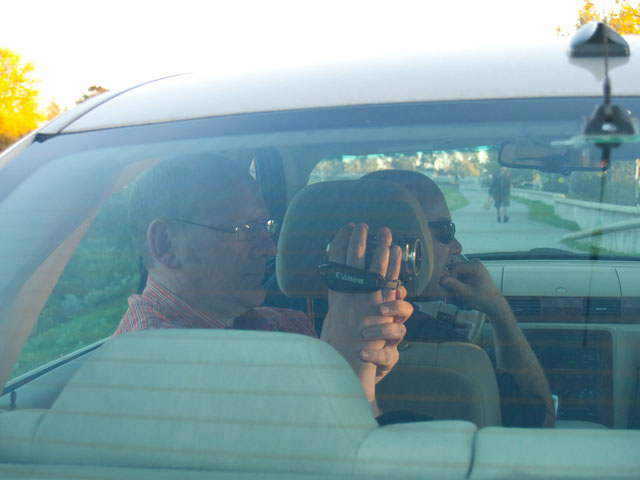 http://bradleystuart.net
§I Held Signs, I Screamed My Lungs Out! Can You Hear Me Now?
by Bradley Stuart Thursday Dec 1st, 2011 1:03 AM 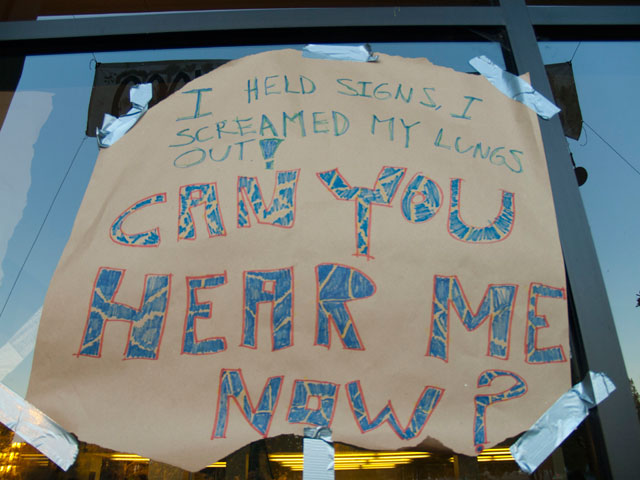 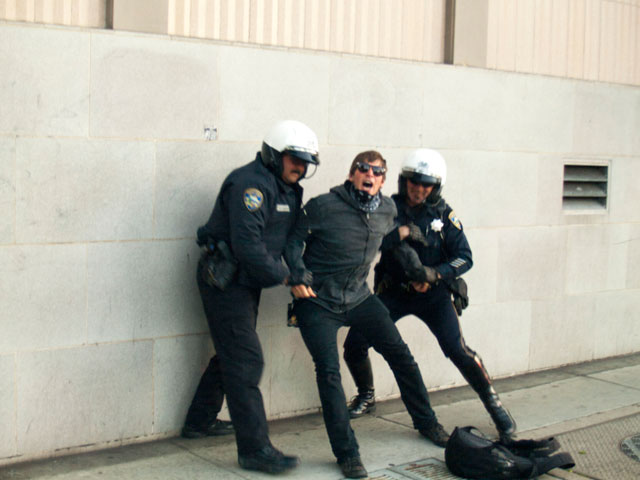 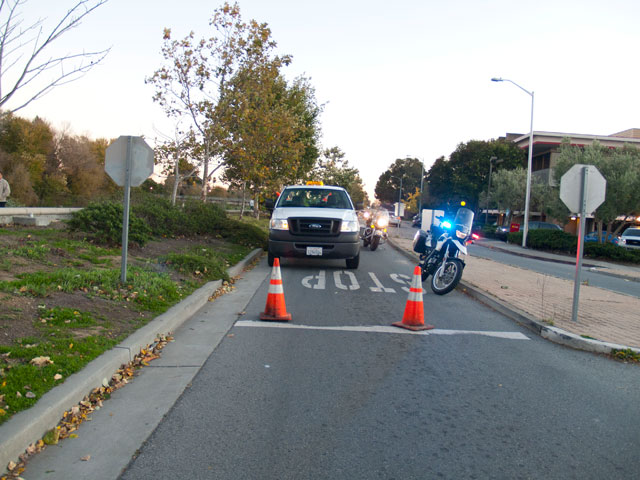 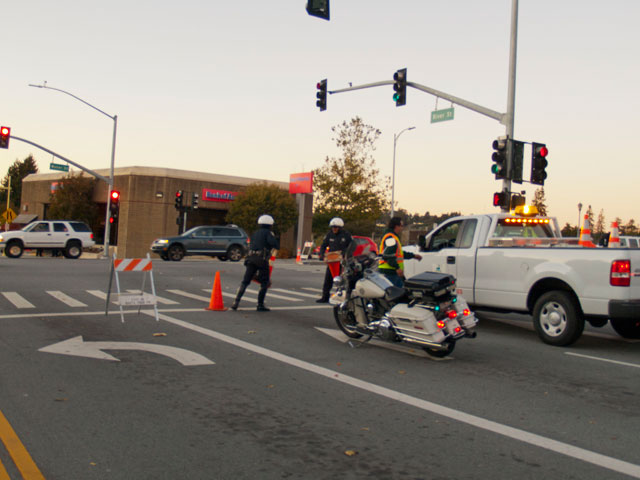 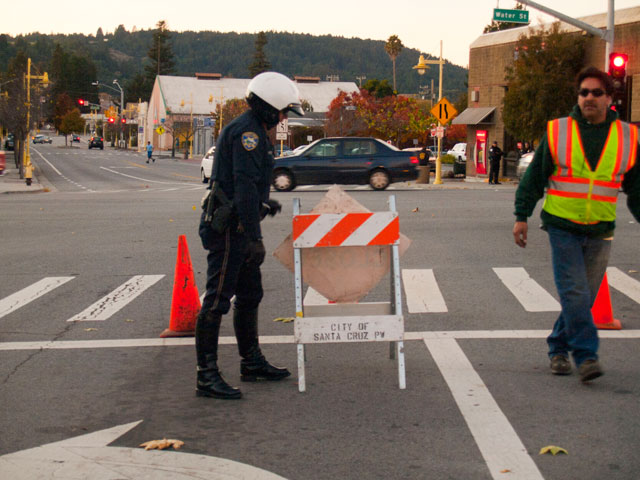 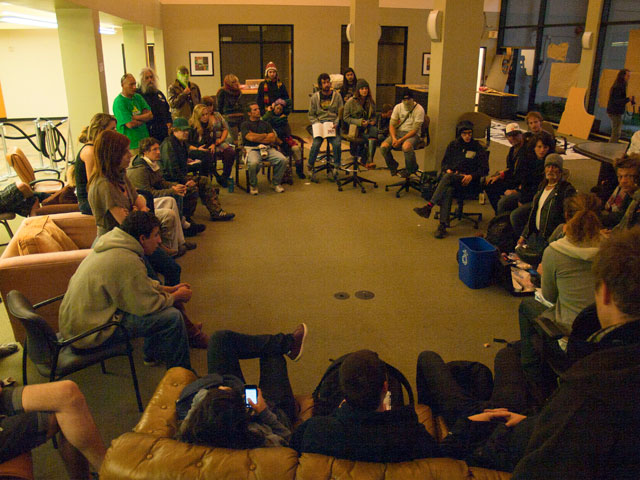 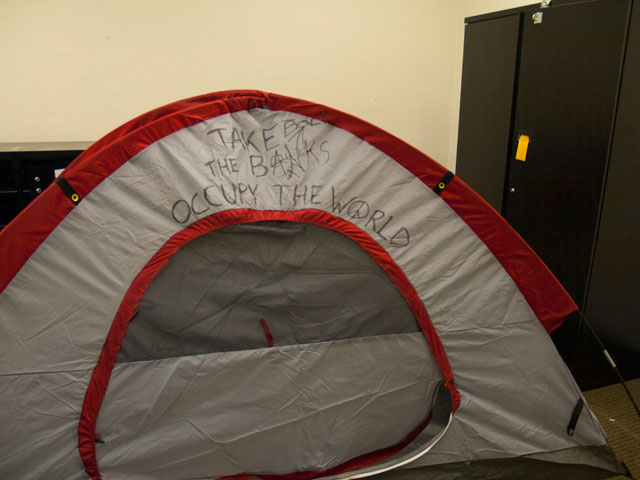 Photos of Joe being arrested:
http://www.indybay.org/newsitems/2011/12/01/18701459.php
http://bradleystuart.net
Add Your Comments
LATEST COMMENTS ABOUT THIS ARTICLE
Listed below are the latest comments about this post.
These comments are submitted anonymously by website visitors.