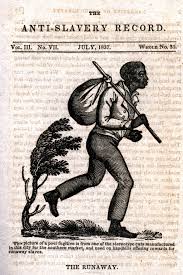 Oakland - An April 12, 2022, memorandum to the mayor and City Council, from Mary Mayberry, Interim Director, Dept. of Workplace and Employment Standards reveals that there are at least 125 corporate institutions that may be subject to Oakland’s slavery disclosure ordinance.

During 2005, with much fanfare the Oakland City Council enacted the “City of Oakland Slavery Era Disclosure Ordinance” (“Ordinance”), codified as Chapter 9.60 of Title 9 of the Oakland Municipal Code, that was seemingly forgotten for many years, and was unenforced. The city did not even bother to provide an affidavit form to fill out for the contractors doing business with Oakland that may have had historical ties to slavery.

Then in 2020, the Oakland City Council passed a resolution making implementation of the slavery era disclosure ordinance a top priority.

According to the April 12, 2022, memorandum an affidavit was recently created. However, it has not been distributed to any of the aforementioned companies or to any previous or current contractors in Oakland since the ordinance was created back in 2005.

The complete list of the vendors mentioned in the newly released memorandum may be found in a list starting on page eight, and may be found by clicking on a link here.

One can only wonder if it is as bad to do business with corporations or institutions with ties to slavery, as it was for people to give campaign contributions to the likes of KKK’s David Duke?

To it’s eternal shame, Oakland still has many streets named after slave owners, and supporters of slavery.

Additionally, Oakland’s tourist trap known as Jack London Square was named after someone who openly spoke out against black and brown people.

For those interested, California’s slavery era insurance registry may be found by clicking here.