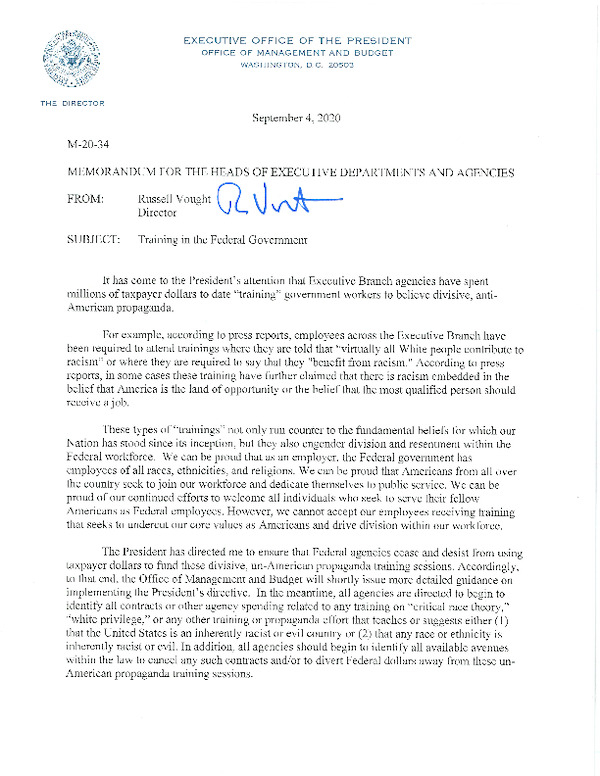 Download PDF (2.8MB)
Assault on the healing process after the murder of George Floyd by killer cops

It was on May 25, 2020, that George Floyd was murdered by some killer cops in Minneapolis, setting off major mostly peaceful protests across the nation by Black Lives Matter protesters as part of the healing process.

Protests were even taking place in smaller towns across the nation as part of the healing process including Prescott, Arizona, and Wheaton, Illinois, despite the fact that both cities have a majority of republican Trump supporters.

Additionally, as part of the healing process taking place in the aftermath of the murder of George Floyd, shortly later during June 2020, a training program was created by a consultant named Howard Ross for the federal government that was cosponsored by the Office of Minority Women and Inclusion (OMWI).

The training program is called the Navigation Guide for Difficult Conversations about Race in Troubling Times. As part of the healing process taking place since the murder of George Floyd by some killer cops, the the 35 page training program has been activated in various federal agencies including the Securities and Exchange Commission, the Treasury Department, the Federal Reserve Board, the Federal Deposit Insurance Corporation, the Consumer Financial Protection Bureau, the National Credit Union Administration, and the Office of the Comptroller of the Currency.

The training program called the Navigation Guide for Difficult Conversations about Race in Troubling Times, may be found by clicking here. It was a followup to a webinar called Beyond Words, that was an event of the Office of Minority Women and Inclusion (OMWI), that may be found by clicking here. The webinar occurred in numerous federal agencies.

After it was reported in the media that the training program called Navigation Guide for Difficult Conversations about Race in Troubling Times was taking place in various agencies in the federal government, to cover his ass the impeached President Donald J. Trump decided to condemn the training program, and threw the Office of Minority Women and Inclusion (OMWI), under the bus.

With less than two months to go before the November 3rd election, this was some more red meat that the Trump regime could feed to its extremist right-wing political base that includes neo-Nazis, the KKK, violent vigilante armed militias, and bible thumping evangelicals.

On behalf of the Trump regime, on September 4, 2020, Russell Vought of the Office of Management and Budget, a former vice president of Heritage Action for America an affiliate of the right-wing Heritage Foundation, released a memo condemning the training programs cosponsored by OMWI. Training programs meant to be part of the healing process in the aftermath of the murder of George Floyd by some killer cops.

In part the memo released by Russell Vought reads, “It has come to the President's attention that Executive Branch agencies have spent millions of taxpayer dollars to date "training" government workers to believe divisive, anti-American propaganda.

For example, according to press reports, employees across the Executive Branch have been required to attend trainings where they are told that "virtually all White people contribute to racism" or where they are required to say that they "benefit from racism." According to press reports, in some cases these training have further claimed that there is racism embedded in the belief that America is the land of opportunity or the belief that the most qualified person should receive a job.

These types of "trainings" not only run counter to the fundamental beliefs for which our Nation has stood since its inception, but they also engender division and resentment within the Federal workforce. We can be proud that as an employer, the Federal government has employees of all races, ethnicities, and religions. We can be proud that Americans from all over the country seek to join our workforce and dedicate themselves to public service. We can be proud of our continued efforts to welcome all individuals who seek to serve their fellow Americans as Federal employees. However, we cannot accept our employees receiving training that seeks to undercut our core values as Americans and drive division within our workforce.”

The full text of the memo released by Russell Vought, former vice president of Heritage Action for America, may be seen above near the top of this story, or may be read by clicking here.

Presently, Heritage Action for America has its own extremist right-wing program operating in some election battle ground states called Dismantling the Left. A short video of their right-wing extremist propaganda may be seen by clicking here.

If the right-wing extremists have it their way, in addition to stacking the courts with right-wing ideologues, they will totally destroy the Postal Service, the Social Security Program and the Social Security Administration, the Housing Choice Voucher Program (Section 8 housing program), and many other essential programs including Medicare and other vital domestic programs meant to assist the American public.

This is a very dangerous year of election politics. The KKK and violent right-wing vigilante militias are supporting the Trump regime, in addition to neo-Nazis publicly supporting Trump along with evangelicals including Jerry Falwell Jr., who are all in bed together supporting the brutal policies of the Trump regime for another four more years.