Add an Event
Newswire
Calendar
Features
Home
Donate
From the Open-Publishing Calendar
From the Open-Publishing Newswire
Indybay Feature
Publish to Newswire
Add an Event
Related Categories: Santa Cruz Indymedia | Police State & Prisons | Racial Justice
SCPD's $235K Taser Purchase Request is Back on City Council's Agenda
by Santa Cruz Police News
Monday Jan 13th, 2020 4:25 PM
A request from Santa Cruz Police to approve a $235k Taser purchase, in order to re-outfit the entire department with new Taser guns, is back on the consent agenda for the January 14 Santa Cruz City Council meeting, after being sent to the City of Santa Cruz Public Safety Committee on December 2 for discussion. The use of Tasers by police is a topic of concern for those advocating against police brutality, who want the weapons either banned altogether, or at minimum classified the same as other deadly weapons. SCPD's use of force policy presently classifies the use of Tasers as a "non-deadly force application." Lee Brokaw of the Santa Cruz Chapter of the ACLU told the Public Safety Committee that when the ACLU of Northern California was sent a copy of the Taser purchase proposal, they responded, "we are anti-taser" and that they would not weigh in on the agenda item. The issue will be addressed by the City Council shortly after the meeting begins at 12:45pm on Tuesday, January 14 in Council Chambers. Photo: Chart from SCPD Presentation to the Public Safety Committee on Tasers in December. 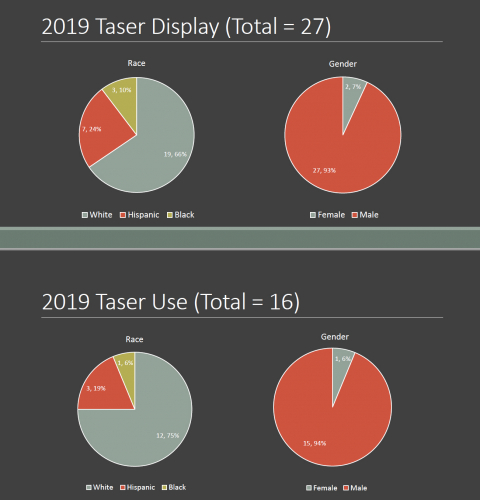 Deputy Chief of Police Dan Flippo told the Public Safety committee in December that following an internal affairs complaint made with SCPD in 2006 involving a Taser incident, there was a lawsuit "settlement". During Flippo's presentation, some of the guidelines for Taser use that Santa Cruz Police are instructed to follow were discussed. Two of the standards were: "Officers should generally not intentionally apply more than one TASER device at a time against a single subject," and "Officers should apply the TASER device for only one standard cycle and then evaluate the situation before applying any subsequent cycles".

The killing of 32-year-old Sean Arlt by Santa Cruz Police on October 16, 2016 involved the use of Tasers outside of the guidelines presently set forth by the police department. On that evening, Santa Cruz Police officers were dispatched to a house on Chase Street after residents called to report a disturbance at the home. When police arrived they say they confronted Arlt, who was advancing towards them with a gardening rake. Within 20 seconds they deemed him a threat, two different officers deployed their Tasers, and one opened fire with his revolver. All of this occurred within the first 20 seconds of interacting with Arlt. He was experiencing mental health issues at the time of his killing.

While SCPD's use of force policy presently classifies the use of Tasers as a "non-deadly force application," scientific literature suggests Tasers can be deadly. In 2014 the American Heart Association's Circulation journal published the article, TASER Electronic Control Devices Can Cause Cardiac Arrest in Humans.

Additionally, a 2017 report published by Reuters found that in the United States, 1,005 people had died after being Tased by police. In at least 153 of those cases, coroners or medical examiners, "cited the Taser as a cause or contributing factor in the death," according to Reuters. 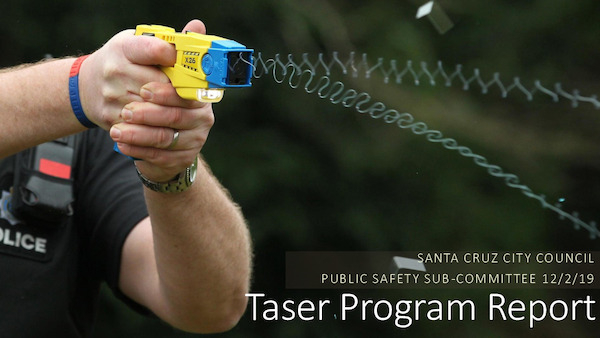 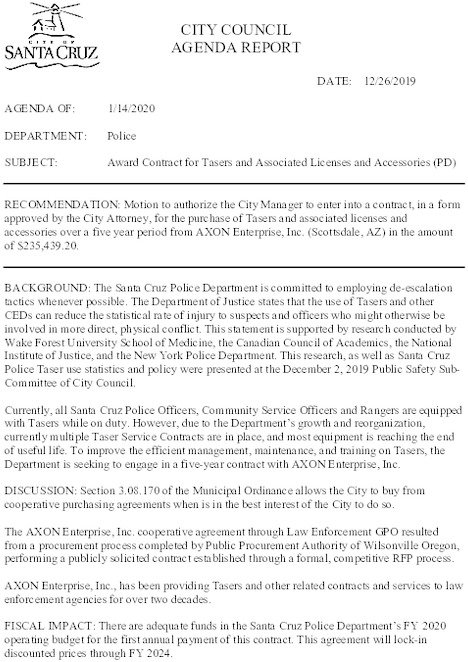 Download PDF (196.0KB)
Source: http://scsire.cityofsantacruz.com/sirepub/cache/2/jdekruincbzrffe3yxoubl05/491835701152020072104413.PDF
Add Your Comments
Support Independent Media
We are 100% volunteer and depend on your participation to sustain our efforts!