Add an Event
Newswire
Calendar
Features
Home
Donate
From the Open-Publishing Calendar
From the Open-Publishing Newswire
Indybay Feature
Publish to Newswire
Add an Event
Related Categories: Santa Cruz Indymedia | Government & Elections
Republican Central Committee Member Paige Concannon Claims She Started the Recall Campaign
by Santa Cruz News Network
Saturday Aug 10th, 2019 11:42 AM
Santa Cruz Republican Party Central Committee member Paige Concannon recently claimed on social media that she "started" the campaign to recall Progressive Santa Cruz City Councilmembers Chris Krohn and Drew Glover with "some friends". Concannon was a Santa Cruz City Council candidate in 2018 who lost the race to Councilmember Glover by a significant margin: Glover received 10,972 votes, with Concannon receiving only 3,276. Paige Concannon is also among those who created the false narrative that Councilmember Glover was suing the City of Santa Cruz as a plaintiff in Quintero et al v. the City of Santa Cruz, the lawsuit brought on by local homeless residents against the City to prevent the closure of the Ross Camp (see photos). Concannon is an avid supporter of Donald Trump, as revealed in numerous social media posts (see photos). Many critics of the recall believe the campaign is an undemocratic 'power grab' that has been initiated by conservatives in Santa Cruz inspired by Donald Trump's MAGA movement, which appears to now have been confirmed, at least in part, by Concannon's recent social media posts.

Paige Concannon's City Council candidacy in 2018 was supported and endorsed by two right-leaning local hate bloggers: Joe Netro of the Santa Cruz CA: Keepin' It Real hate blog and Take Back Santa Cruz member Steve Schlicht of the Santa Mierda hate blog. Schlicht and Netro actively promote the recall campaign through their hate blogs, and Concannon has been posting recall updates directly to Santa Mierda. Joe Netro has also perpetuated the myth that Councilmember Glover was a plaintiff in the lawsuit against the City.

During one social media exchange from earlier this year, Concannon and Netro mused that Councilmember Glover should be prevented from sitting in on any closed sessions of the Santa Cruz City Council having to do with the Ross Camp or homelessness in general. Concannon stated that City Attorney Anthony Condotti should "remove" Glover (see photo).

Following these posts from Concannon, the Santa Cruz County Republican Party posted on its Facebook page on July 25 a solicitation for recall petition signatures, along with the completely false information that Councilmember Glover "sued" the City of Santa Cruz earlier this year. In the comments section of that post, Republicans later admitted the information about Glover suing the City was incorrect, but when Glover asked why the post itself was not corrected, he received no answer from the page. As of the publication date of this article, the uncorrected post containing falso information about Councilmember Glover is still visible on the Republican's page. In addition to supporting the local recall campaign, Santa Cruz Republicans are also working to recall California's Democratic Governor Gavin Newsom.

Concannon is married to Damon Bruder, who is also active with the recall campaign and is himself very conservative politically (see photo). As a result, Damon Bruder Construction has been identified as a business to boycott.

In 2016, Concannon and Bruder unsuccessfully attempted to help establish a chapter of the Guardian Angels in Santa Cruz.

Concannon's claim that she started the recall with "friends" was quickly disputed by recall organizer Carol Polhamus, who has previously put forth her own ideas concerning the origin of the campaign.


A list of donors to the recall campaign can be found: here.

§Concannon Confirms Her Statement that She Started the Recall with Friends
by Santa Cruz News Network Saturday Aug 10th, 2019 11:42 AM 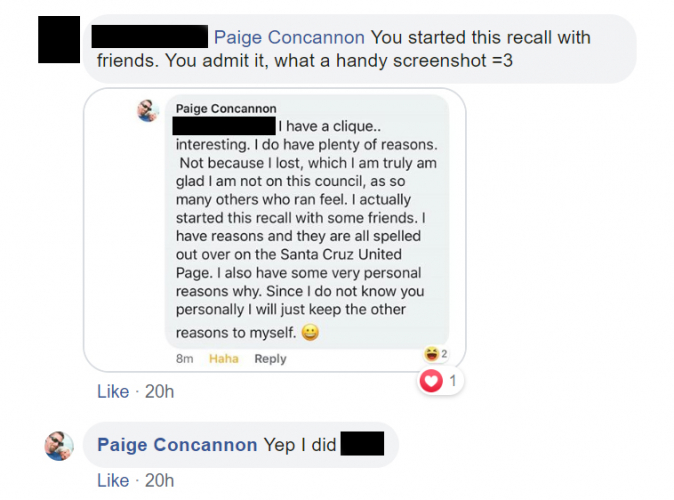 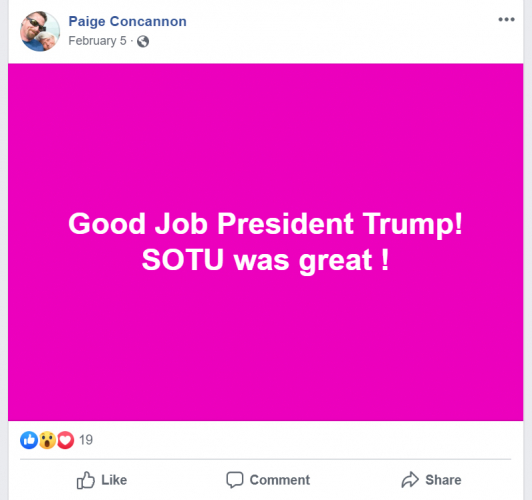 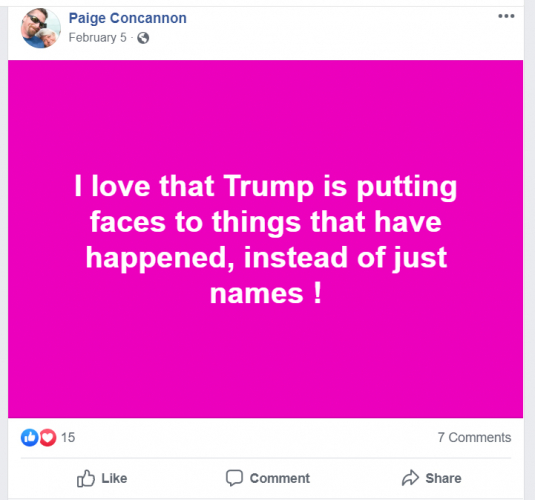 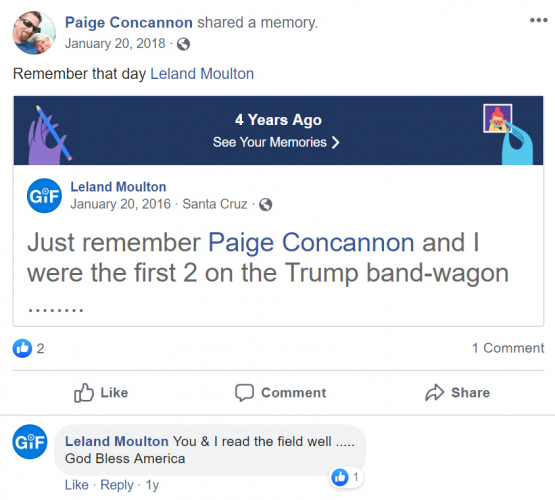 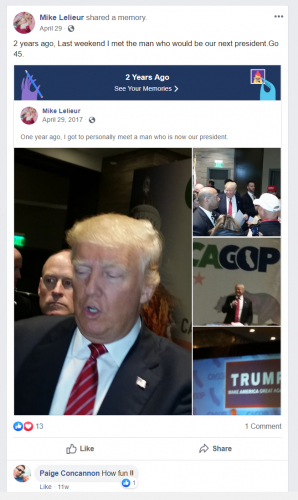 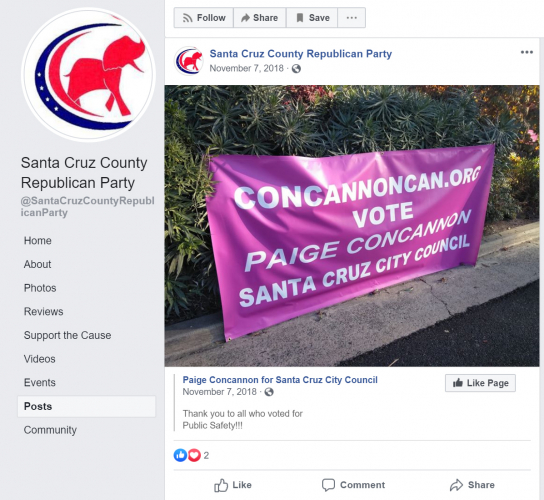 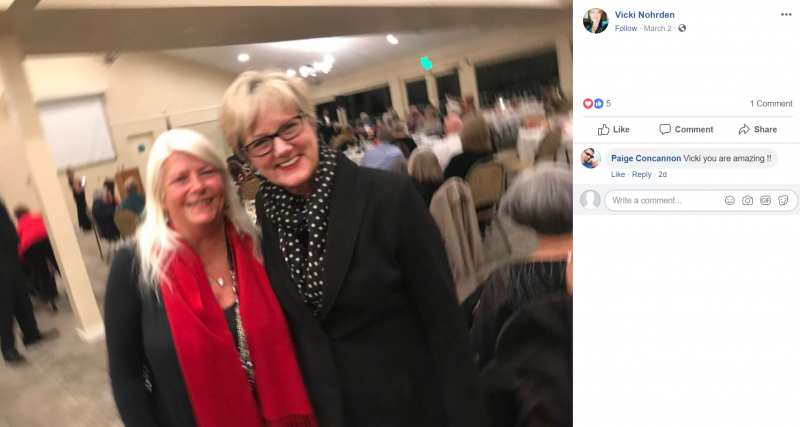 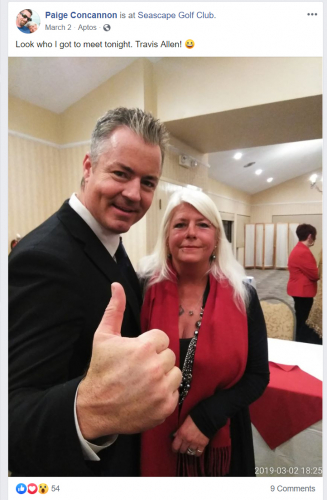 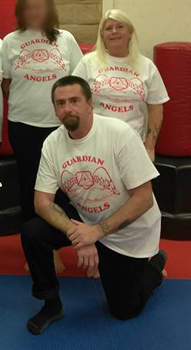 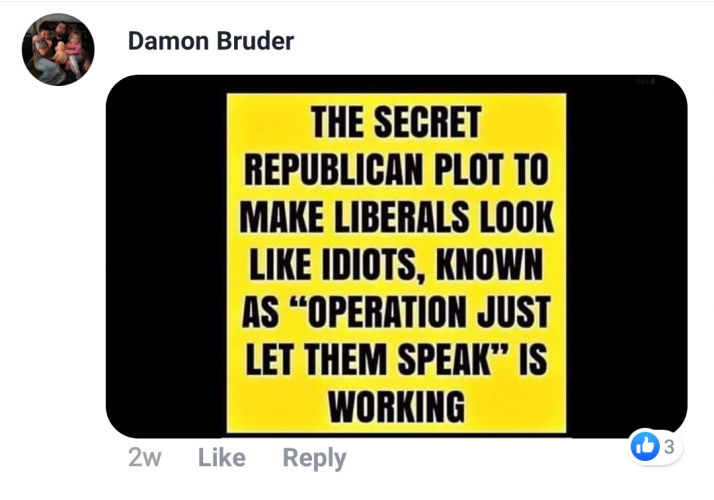 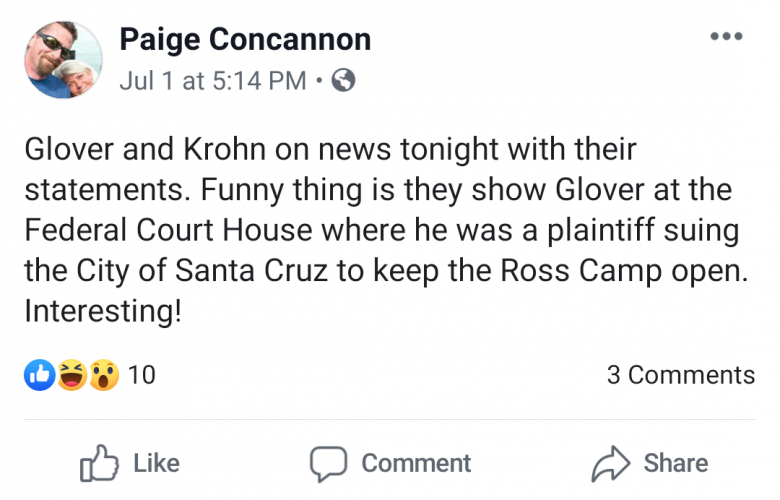 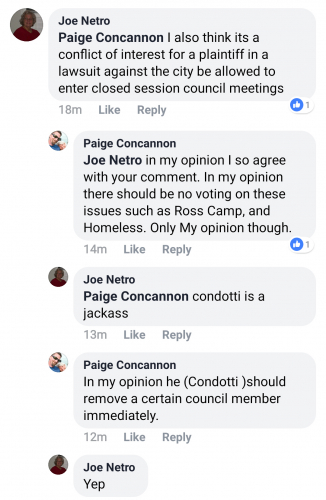 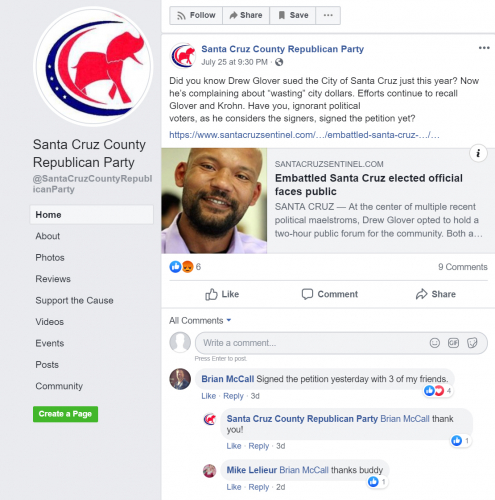 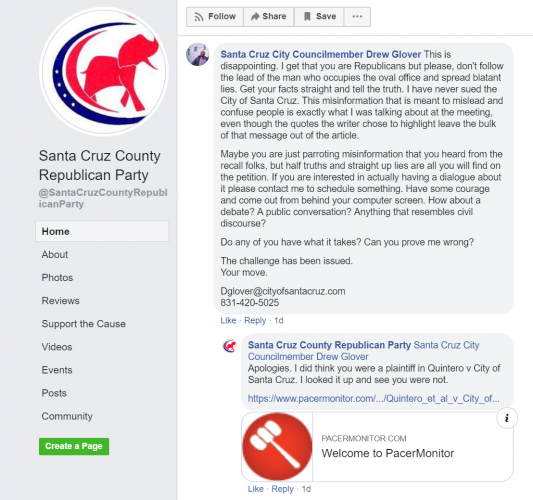 This is disappointing. I get that you are Republicans but please, don't follow the lead of the man who occupies the oval office and spread blatant lies. Get your facts straight and tell the truth. I have never sued the City of Santa Cruz. This misinformation that is meant to mislead and confuse people is exactly what I was talking about at the meeting, even though the quotes the writer chose to highlight leave the bulk of that message out of the article.
Maybe you are just parroting misinformation that you heard from the recall folks, but half truths and straight up lies are all you will find on the petition. If you are interested in actually having a dialogue about it please contact me to schedule something. Have some courage and come out from behind your computer screen. How about a debate? A public conversation? Anything that resembles civil discourse?
Do any of you have what it takes? Can you prove me wrong?
The challenge has been issued.
Your move.
Dglover [at] cityofsantacruz.com
831-420-5025

Santa Cruz City Councilmember Drew Glover Apologies. I did think you were a plaintiff in Quintero v City of Santa Cruz. I looked it up and see you were not.
§An Apology from the Republicans, but the Original Post was Not Corrected
by Santa Cruz News Network Saturday Aug 10th, 2019 11:42 AM 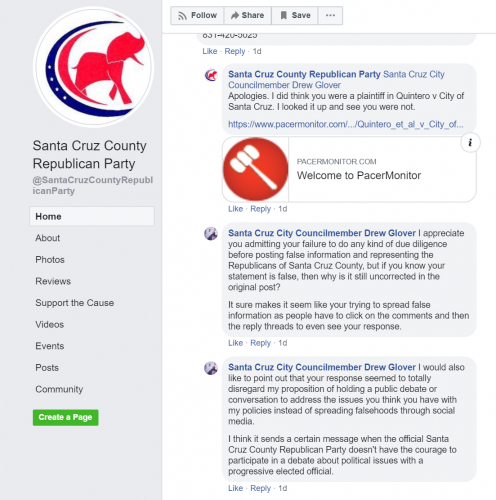 Santa Cruz City Councilmember Drew Glover Apologies. I did think you were a plaintiff in Quintero v City of Santa Cruz. I looked it up and see you were not.

I appreciate you admitting your failure to do any kind of due diligence before posting false information and representing the Republicans of Santa Cruz County, but if you know your statement is false, then why is it still uncorrected in the original post?
It sure makes it seem like your trying to spread false information as people have to click on the comments and then the reply threads to even see your response.

I would also like to point out that your response seemed to totally disregard my proposition of holding a public debate or conversation to address the issues you think you have with my policies instead of spreading falsehoods through social media.
I think it sends a certain message when the official Santa Cruz County Republican Party doesn't have the courage to participate in a debate about political issues with a progressive elected official.
§Santa Cruz Republicans are Also Working to Recall California Governor Gavin Newsom
by Santa Cruz News Network Saturday Aug 10th, 2019 11:42 AM 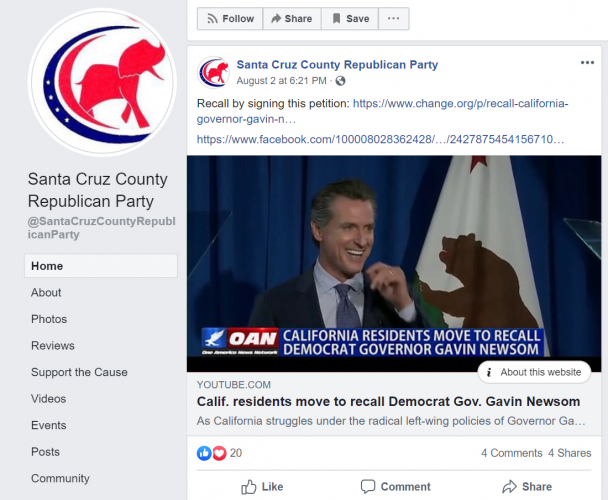 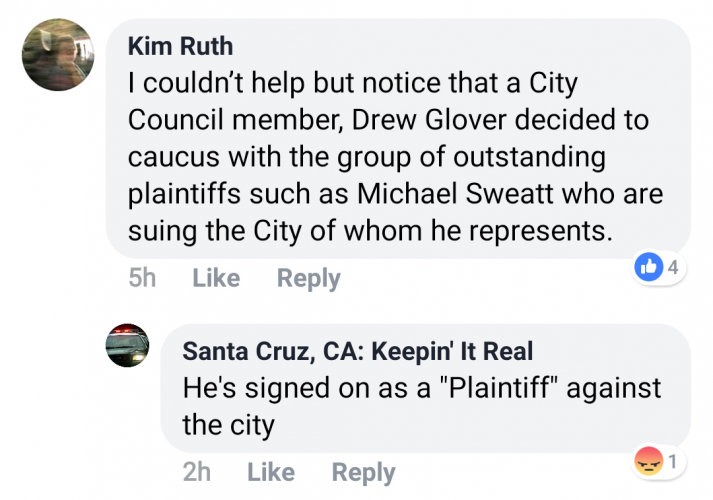 original image (1080x757)
Joe Netro, the author of the Santa Cruz CA: Keepin' It Real hate blog, spreads false information about Councilmember Glover.
Add Your Comments
LATEST COMMENTS ABOUT THIS ARTICLE
Listed below are the latest comments about this post.
These comments are submitted anonymously by website visitors.