April 30, 2019: This series on Indybay amplifies stories of the Palestinian people and their struggle for freedom, justice, and equality. These excerpts from the last few weeks are compiled from comprehensive coverage by the International Middle East Media Center. Please, follow and support their work. 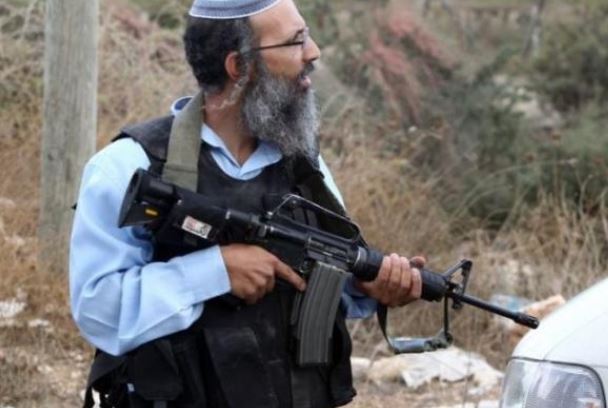 
Palestinian Resistance and Life in Palestine

Tens of thousands of Palestinians observed Al-Isra Wal Miraj Muslim holiday, today, with worship at Al-Aqsa Mosque, in Jerusalem’s Old City, the site of this holy day, thus the religious significance of Jerusalem and specifically Al-Aqsa Mosque, to millions of Muslims worldwide, as scouts marched through the city streets playing all kinds of musical instruments. Read More

The Palestinian Center For Human Rights (PCHR): In a new and unprecedented move, an Israeli Court on April 16, 2019, has decided to uphold the revocation of the work permit of Human Rights Watch (HRW) Israel and Palestine Director, Omar Shakir, ordering him to leave the country within 14 days based on allegations that he supported a boycott of Israel. Israel’s Law of the Entry bars entry or the grant of residence or work permit to foreign nationals who allegedly support the Boycott, Divestment and Sanctions (BDS) movement. Read More

Israeli forces have been using the Great Return March and its thousands of protesters as a sort of testing ground for new forms of weaponry and crowd control, say physicians in the Gaza Strip. They talk of explosive bullets and an unknown gas that causes severe convulsions and loss of consciousness, among other symptoms. “We are being used as guinea pigs to test new weapons, as the case in past Israeli wars on Gaza,” says Ashraf al-Qedra, MD, spokesperson for the Gaza Health Ministry. Read More

The Palestinian Health Ministry in the Gaza Strip has reported that Israeli soldiers killed 266 Palestinians, and injured 30,398 others, since the Great Return March processions started on March 30, 2018, which also marks Palestinian Land Day. Four Palestinians were killed on Land Day in 2019 and 316 were injured, including 86 children and 29 women. Read More

Colonization and Settlers in the Occupied Territories

The Israeli Ministry of Housing has prepared a plan which calls for the construction of tens of thousands of settlement units to accommodate 250,000 settlers by the year 2048, in the occupied Syrian Golan, and encourages settlers to live there. The details of the plan came one week after US President Donald Trump declared Israeli sovereignty over the occupied Golan Heights, which were occupied in 1967 along with the West Bank and Gaza. Read More

The Palestinian Foreign Ministry issued a statement condemning the dangerously escalating Israeli violations and crimes, including the killing of a Palestinian near Nablus by an armed illegal colonist, and said that the “terrorist attacks carried out by the colonists are an integral part of Israel’s ongoing illegal occupation of Palestine, and its state-sponsored terrorism.” Read More

The National Bureau for Defending Land and Resisting Settlements said that the Israeli government continues with ethnic cleansing and Judaization policies in occupied Jerusalem, so violating the International Law, International Humanitarian Law and the International Legitimacy’s resolutions. Within this context, the US Secretary of State Mike Pompeo said that he doesn’t see Israeli sovereignty over West Bank settlements as damaging to the Trump’s “Deal of the Century” for the Middle East. PM Netanyahu said he intends to impose Israeli law on all settlements, and hopes to do so with the consent of America. Furthermore, both right-wing and Haredi parties that won the Knesset elections are betting on the support of the administration of US President Donald Trump, for the Israeli annexation policy, which make up about 60% of the West Bank. Read More

Learn about the international Boycott, Divest, and Sanctions Movement.

Commemorating the “Great March of Return” in Gaza, demonstrators condemned Israel’s abuse, with US support, of Palestinians. With large Palestinian flags, banners and signs, a wheeled speaker system shouted demands for: an end to the Gaza blockade; the halting of US aid to Israel; BDS (Boycott, Divestment, and Sanctions of Israel’s occupation); a Palestinian right of return.

I had the privilege of traveling to Palestine in 2010. In the course of listening to the stories of Palestinians and documenting the issues which they face in the West Bank, I met the good people of the International Middle East Media Center. I asked them what I could do to help as a reporter for the San Francisco Bay Area Independent Media Center (Indybay), and they said amplify their news reports in the States, which I've been doing ever since.

The International Middle East Media Center was developed in collaboration between Palestinian and International journalists to provide independent media coverage of Israel-Palestine. The IMEMC was founded by the Palestinian Centre for Rapprochement Between People in 2003.

Indybay's Palestine feature page includes news on solidarity actions in the US:

https://www.indybay.org/international/pale...
Add Your Comments
Support Independent Media
We are 100% volunteer and depend on your participation to sustain our efforts!