On November 5, 2010, Johannes Mehserle received the minimum sentence of two years from Judge Robert Perry (of which Mehserle served less than half before being released). Hundreds rallied at Oakland City Hall to protest the light sentence and 152 were arrested in a subsequent march.

On the night of Mehserle's sentencing, Justice for Oscar Grant protesters were unlawfully mass arrested by Oakland police and a civil rights lawsuit was filed by the NLG.

Protesters won over $1 million and, importantly, court-enforced crowd control policy changes. Oakland police can no longer scoop up wide swaths of random protesters and send them all to jail. 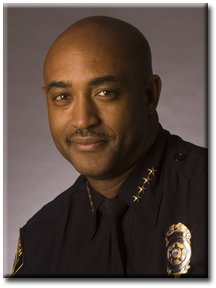 Batts resigned as police chief in October 2011, a year after recording this robocall. From Oakland, Batts moved to Baltimore, where he was fired as police commissioner in July 2015.
http://www.indybay.org/oscargrant
Add Your Comments
Support Independent Media