Press release from the Coordination des Groupes Anarchistes, an organization member of Anarkismo in France about the recent shut down and ban on the German-speaking website Linksunten Indymedia and the house raids that followed.

This represents a new step in the repression of our activities and ideas in Europe. The last time something of this significance occurred was in 1995, when the German central power banned the newspaper "Radikal", which sparked many demonstrations all over the country, especially in Hamburg. 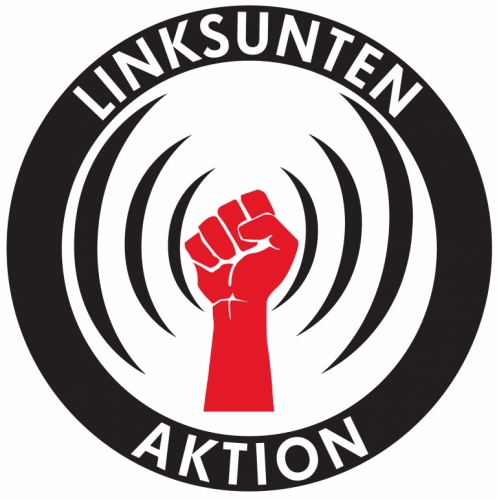 Linksunten.indymedia.org, the main alternative information website in Germany, was banned by the Ministry of Interior Thomas de Maizière on August 25th. Using the website and its logo are now considered criminal offenses [in the country]. At least five buildings occupied by people from the German activist scene have been raided, including the self-organized social center Kulturtreff in Selbstverwaltung (KTS) in Freiburg. Many activist and IT [information technology] materials have been taken and anything that looks like potential weapons (knives, sticks, etc) are now seen as evidence of radical left violence.

Launched in 2008 and allowing anyone to publish anonymously, linksunten.indymedia.org has quickly become the largest German-language virtual space for organization and information in the radical left scene. The website currently has about half a million visitors per month, and last month almost reached 3 million visitors, during the anti-G20 protests in Hamburg.

As Germany's federal elections will be held in less than a month, banning the website and subsequent house raids are most likely to be a demonstration of strength for the most conservative parts of the German electorate. Even social media accounts linked to the German police have criticized the shut down of an "important [platform] to observe the leftist scene" (sic).

This represents a new step in the repression of our activities and ideas in Europe. The last time something of this significance occurred was in 1995, when the German central power banned the newspaper "Radikal", which sparked many demonstrations all over the country, especially in Hamburg. In France, even though some music bands (ZEP, La Rumeur) and anti-authoritarian information websites (Jura Libertaire, Indymedia Grenoble) have been threatened for their lyrics or articles, we have never experienced such brutal repression against our means of expression and communication. This attack against a radical and anti-authoritarian information platform should remind us of the need to pay special attention to the defense of our means of communication in front of State repression.

In Germany, as everywhere in Europe, it is now not enough for liberal governments to let far-Right groups and parties act as they want, and to use and implement large parts of their politics and rhetoric. They are now attacking struggling peoples means of communication, and repressing anarchist, antifascist, antiracist, feminist, queer and union activists. The conservative CDU party isn’t stopping its revenge against the anti-G20 demos with these actions; they are now demanding the shutdown of the alternative cultural center Rote Flora, in Hamburg, Germany.

Against State repression and attacks on freedom of speech, there is nothing to expect from governments and authorities! In all Europe and throughout the world, let’s resist, defend our means of communication and struggle, express and organize ourselves and fight together for the fall of capitalism, patriarchy, racist domination system and State!

International Relations of the Coordination des Groupes Anarchistes,
on the 26th of August 2017

PS. On August 26th, the website published a message in German and English, challenging the "governments of the Industrial World" with extracts from the "Declaration of Independence of the CyberSpace". "We’ll be back soon" and "we will spread ourselves all across the world so that no one can stop our thoughts" : rulers, remember, you’ll never get rid of us!

This press release was republished courtesy of Enough is Enough! 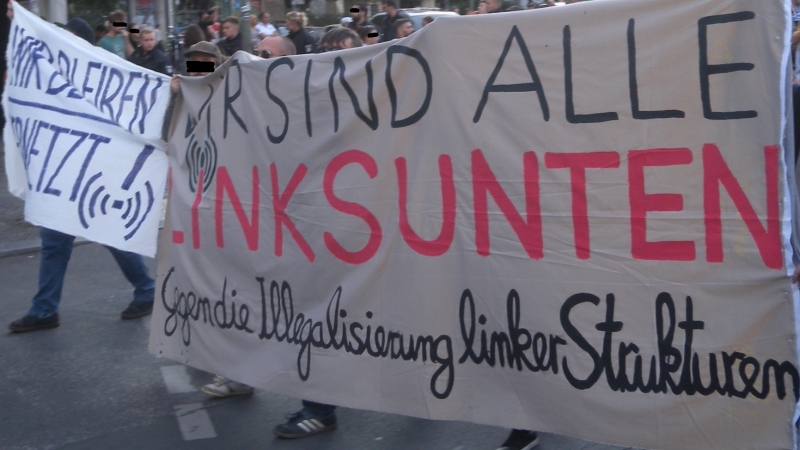 original image (1469x827)
Repression gegen Indymedia - Ein Ende der Meinungsfreiheit?
http://no-racism.net/article/5230
Add Your Comments
Support Independent Media
We are 100% volunteer and depend on your participation to sustain our efforts!