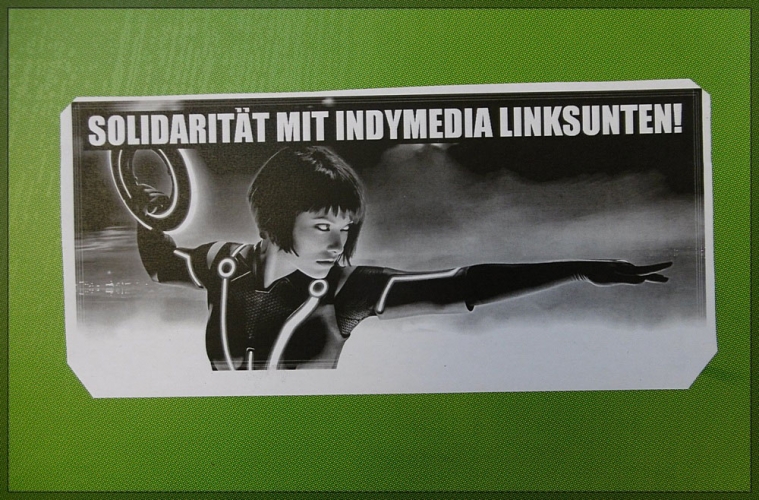 There is an international call for an Inter-Galactic march for freedom of press and the preservation of leftwing centers. In the morning of August 25 the German federal ministry of interior banned the news portal Linksunten Indymedia dot org. Linksunten Indymedia is an independent multiple language website for leftwing movements in the entire German speaking area and beyond.

At the same time the website was banned, there were raids in four private apartments and in the autonomous social center KTS. During the raids several media storage devices, laptops, money, and household items were confiscated. Federal interior minister Thomas De Mazière said during a press conference that "weapons" (spray cans, pipes, gloves, knifes, etc…) were found at Linksunten Indymedia, but only one day later his ministry admitted that the “weapons” were not related to Linksunten Indymedia. At KTS a lot of money was stolen for no reason during the raid. The autonomous center was ravaged. All door locks were destroyed, and even a safe was torn out of a wall.

The ban and the raids, shortly before Germany's general elections, are an attack against the whole left movement in Freiburg and everywhere else. This attack against individuals and the news portal Indymedia are a strategic move by the government to present themselves as a law and order party after the G20 protests.

Some individuals were hit, however they meant us all!

We call, on an international level, all left and emancipatory structures to take the streets, determined, to protest for independent and self-determined media. We don't let them intimidate us by using repression against individuals and structures. On the contrary – we look into the future with fierceness and foresight!

Together against repression and baiting – defend independent media!

You can also donate for free media with Bitcoin:

This article was republished courtesy of Enough is Enough!

German Government Shuts Down Linksunten Indymedia: What It Means and What to Do 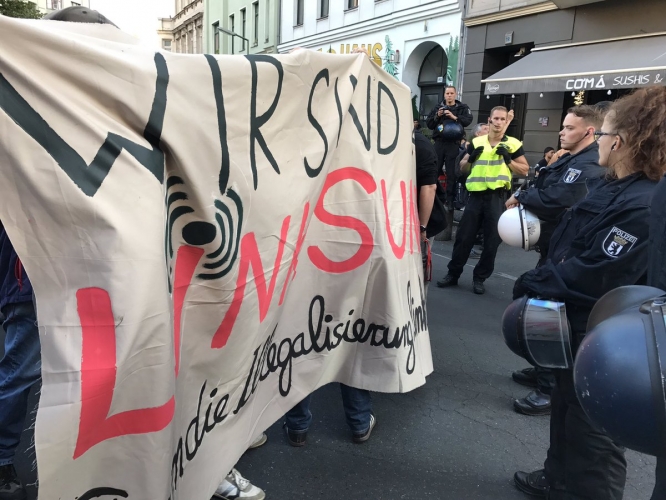