Add an Event
Newswire
Calendar
Features
Home
Donate
From the Open-Publishing Calendar
From the Open-Publishing Newswire
Indybay Feature
Publish to Newswire
Add an Event
Related Categories: California | U.S. | Government & Elections | Immigrant Rights | Police State & Prisons | Racial Justice
Trump Administration's Plan to Use 100,000 National Guard Troops as Deportation Force
by la resistencia
Saturday Feb 18th, 2017 12:22 AM
The AP revealed an detailed plan written by the Trump administration to use the National Guard in 11 southwestern states as a deportation force to kidnap and forcibly remove as many people as possible from the country. The states of California, Arizona, New Mexico, Texas, Oregon, Nevada, Utah, Colorado, Oklahoma, Arkansas and Louisiana were included in the plan. Trump craves his very own Operation Wetback. Team Trump denies that they intended to carry out the plan and call the document a draft only, but at the very least it shows that people inside his White House are considering extreme measures to carry out Trump's fascist agenda. Read the plan for yourself here. 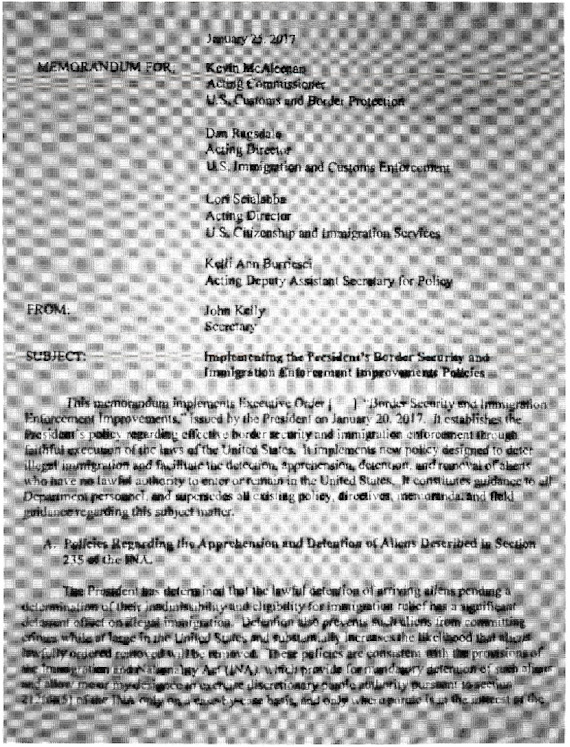 
If you were thinking the newly revealed document is some far flung outlier by toadies in the Trump administration, think again. Shortly after the election, vote suppressing Kansas Secretary of State Kris Kobach was photographed holding a document that called for "repatriating" a "record number of criminal aliens in the first year." Further text read: "Draft amendments to National Voter..." The reference to "extreme vetting questions" sounds a lot like Trump's Muslim ban that was widely protested in airports across the country. And that's only a sample from what was visible on the first page of Koboch's racist wish list. Certainly, there are countless other plans floating around the Trump *White* House.

On the ground over the last week, Trump increased the number of deportations in states across the country, including California, sending armored DHS vehicles to deport grandmothers, babysitters, and at least one victim of domestic abuse who was reported to ICE by her abuser.
§Department of Homeland Security Kobach Strategic Plan for First 365 Days
by la resistencia Saturday Feb 18th, 2017 12:22 AM 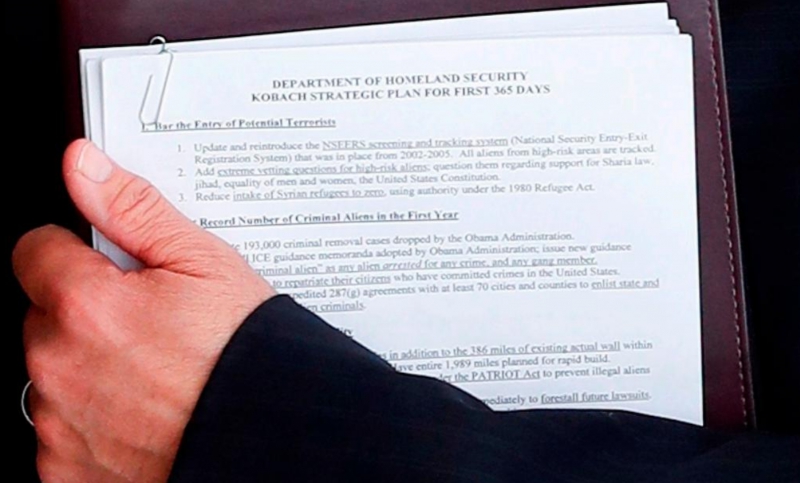 original image (2110x1276)
Suppress the votes of people of color, kick out brown skinned immigrants, and more.
Add Your Comments
Support Independent Media
We are 100% volunteer and depend on your participation to sustain our efforts!