by Bradley Allen (bradley [at] bradleyallen.net)
After a series of strikes in 2013 at Sakuma Brothers Farms in Washington state, farmworkers formed a union in response to denial of lunch and rest breaks, inhumane housing conditions, wage theft, below minimum wage pay, and harassment from supervisors. 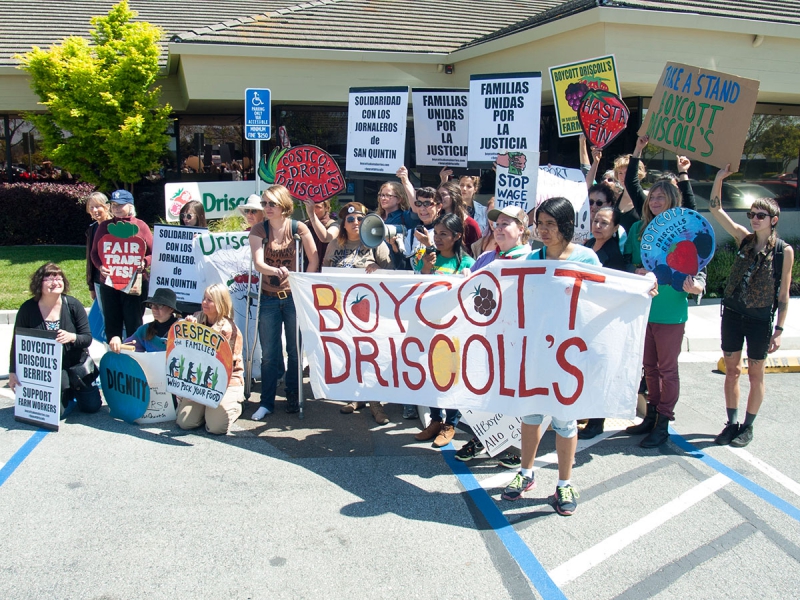 [ Women amplify the call for a global boycott of Driscoll’s berries at Driscoll’s headquarters in Watsonville, California. March 31, 2016. Photos by Bradley Allen. ]

March 31 is the birthday of Cesar Chavez. This year on that date, March 31, 2016, Familias Unidas por la Justicia (FUJ), an independent farmworker union based in Burlington, Washington, led a demonstration at Driscoll’s headquarters in Watsonville, California to promote the ongoing international boycott of Driscoll’s berries. The workers were in Watsonville as part of a month long tour throughout Oregon and California to build a boycott on the scale of the grape boycott of the 1960s that can win union contracts for berry pickers in both Washington state and San Quintín, México.

Familias Unidas por la Justicia (FUJ) President Ramon Torres, rank and file union member Lazaro Matamoros, and Gloria Gracida spokesperson for the independent farmworker union in San Quintín, Mexico, demanded that Driscoll’s get their suppliers to negotiate union contracts with the respective independent unions and informed them that they will continue to organize a consumer boycott of the Driscoll’s label until this demand is met. They were joined by a group of boycott supporters from all over California, many of whom committed to organizing to support the boycott at earlier stops in the tour, including the Watsonville Brown Berets.

FUJ formed out of a series of strikes during the summer of 2013 at Sakuma Brothers Farms in response to denial of lunch and rest breaks, inhumane housing conditions, wage theft, below minimum wage pay, and harassment from supervisors. FUJ first called for a boycott of Sakuma in 2013 after signed agreements made in mediated negotiation sessions between the company and an elected committee of 11 workers were all broken by the company. In 2014 FUJ called for a boycott of Driscoll’s when Sakuma stopped using their own label and had workers picking directly into Driscoll’s flats.

The west coast tour marks a turning point from a localized fight in the state of Washington with little national media attention to an international effort of two independent farmworker unions taking on the corporate food regime and putting farmworker justice and transformation of the food system back into the minds and actions of U.S. consumers. In March of 2015, international grassroots interest in the boycott of Driscoll’s exploded when 80,000 farmworkers in San Quintín, México launched a general strike, formed an independent union, Sindicato Independiente Nacional Democrático de Jornaleros Agrícolas (SINDJA), and endorsed the consumer boycott of Driscoll’s. Since then the two independent unions have announced that neither will sign union contracts with their respective Driscoll’s suppliers unless the other union is signing a contract as well.

FUJ is an independent farmworker union in Burlington, Washington with 489 members fighting for a union contract with Sakuma Brothers Farms to ensure living wages, fair treatment, respect, and dignity of farmworkers. The union’s members are indigenous people from southern México whose first languages are Mixteco and Triqui. 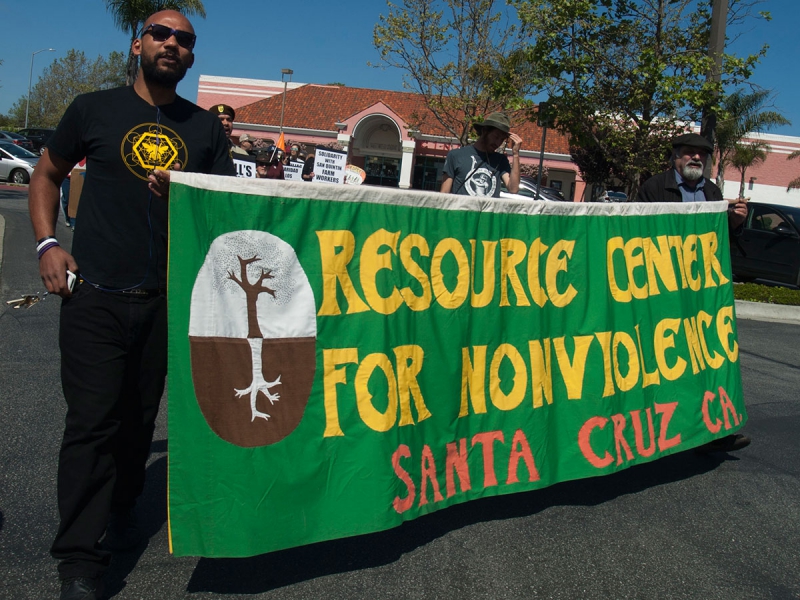 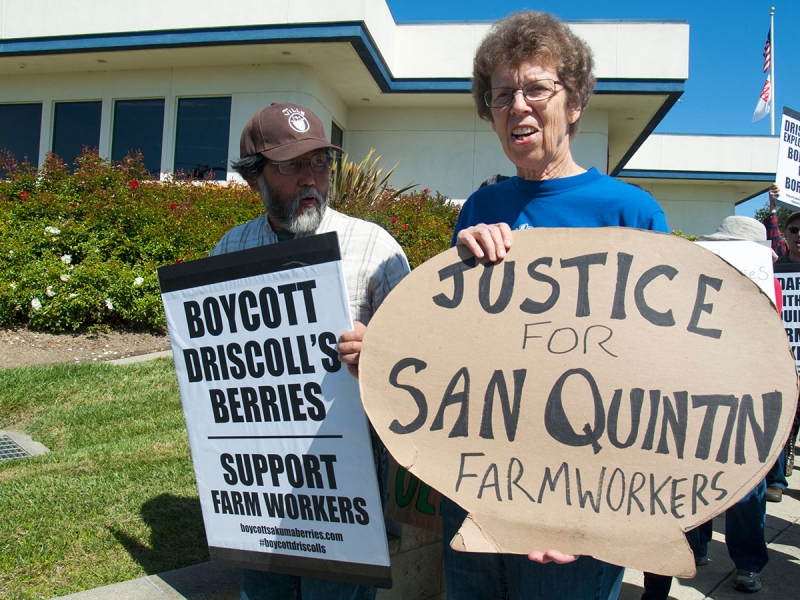 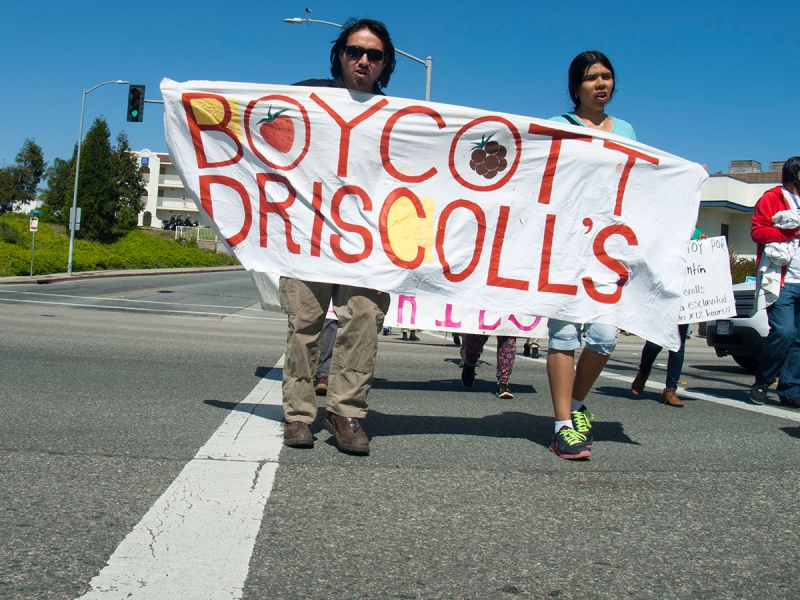 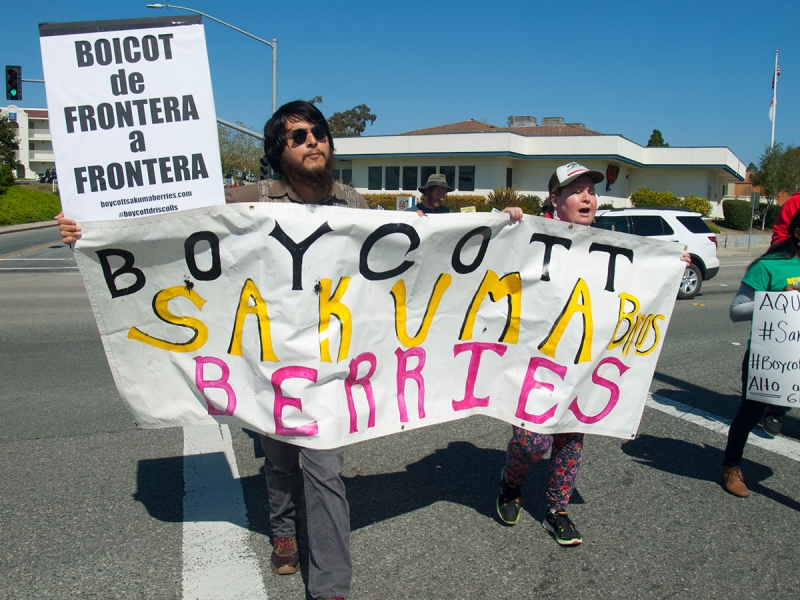 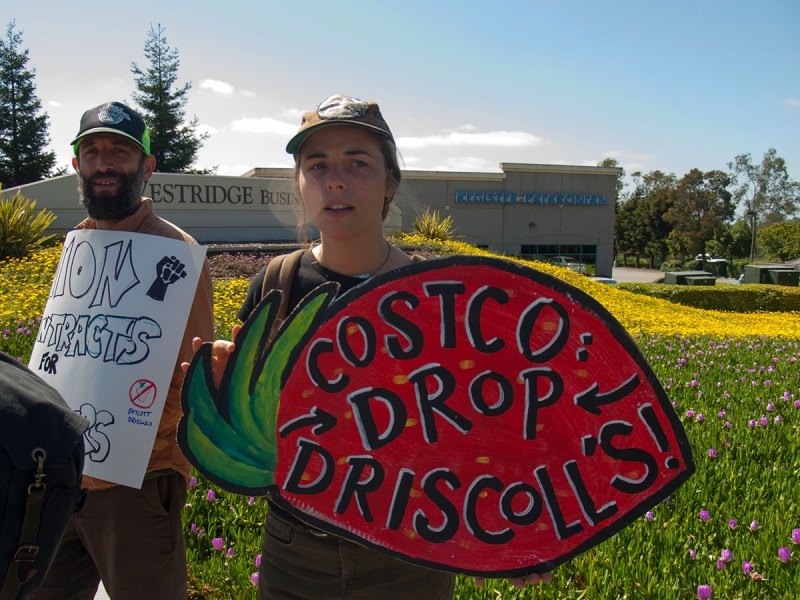 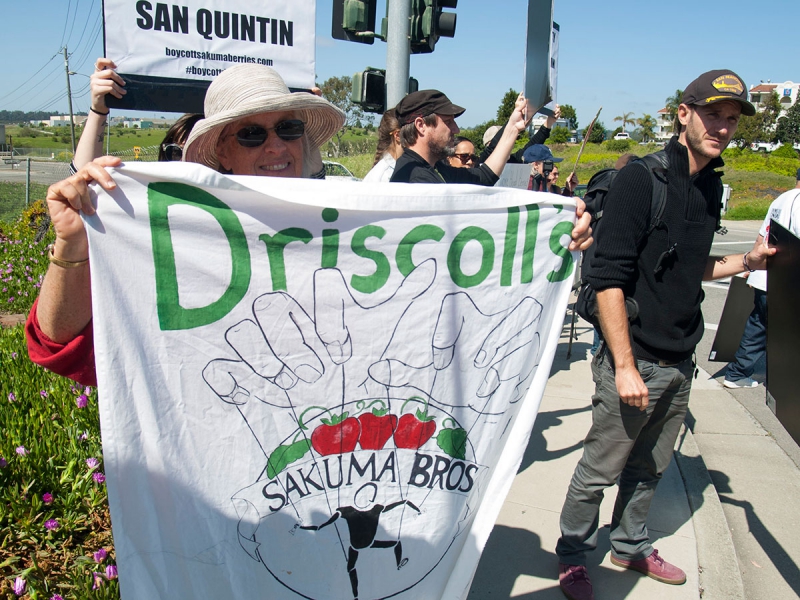 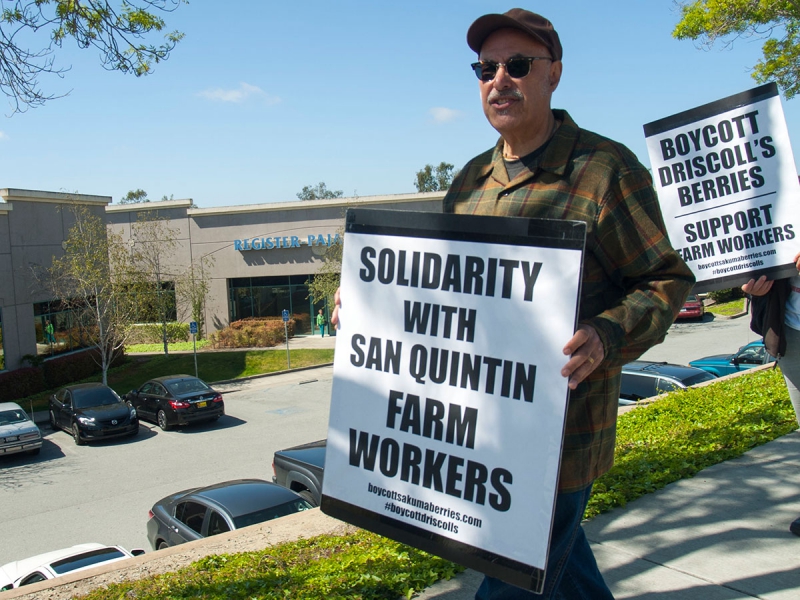 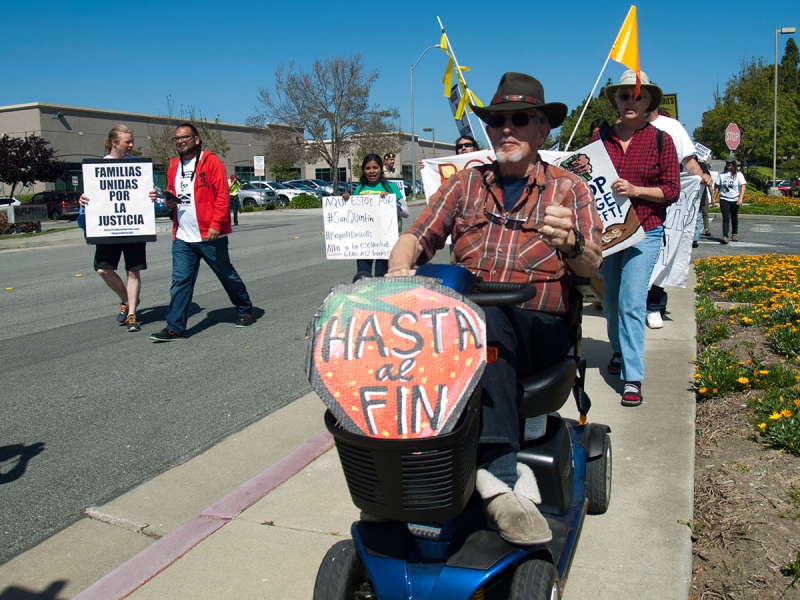 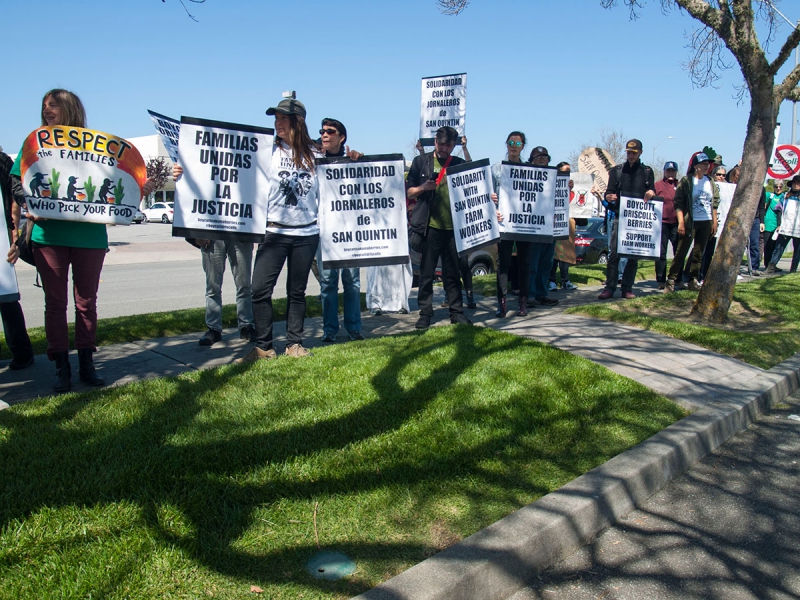 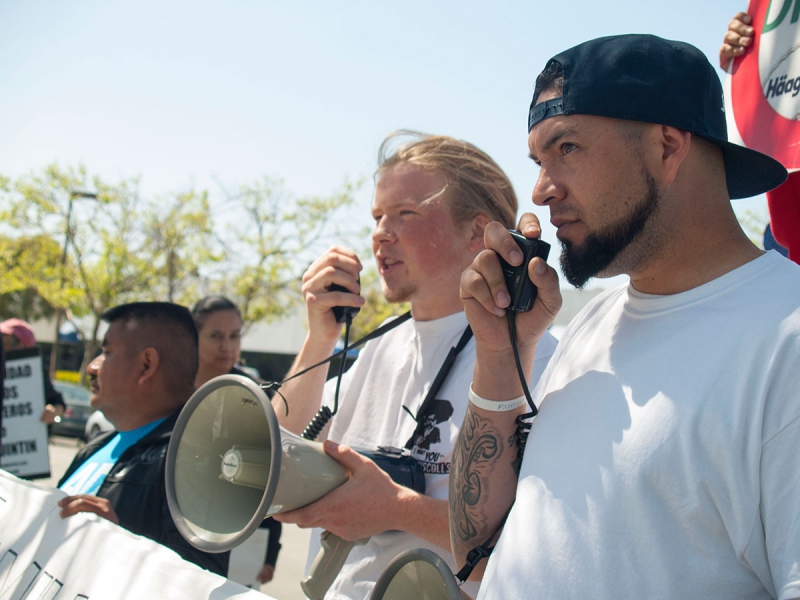 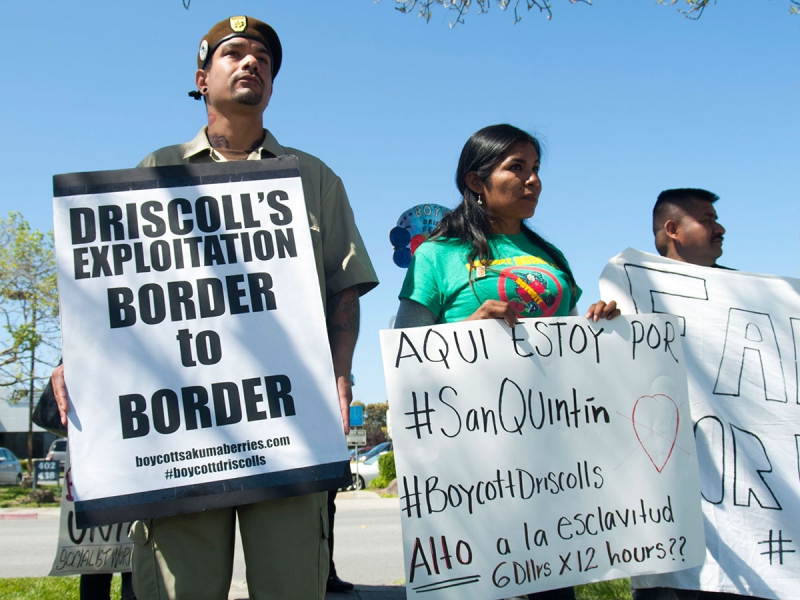 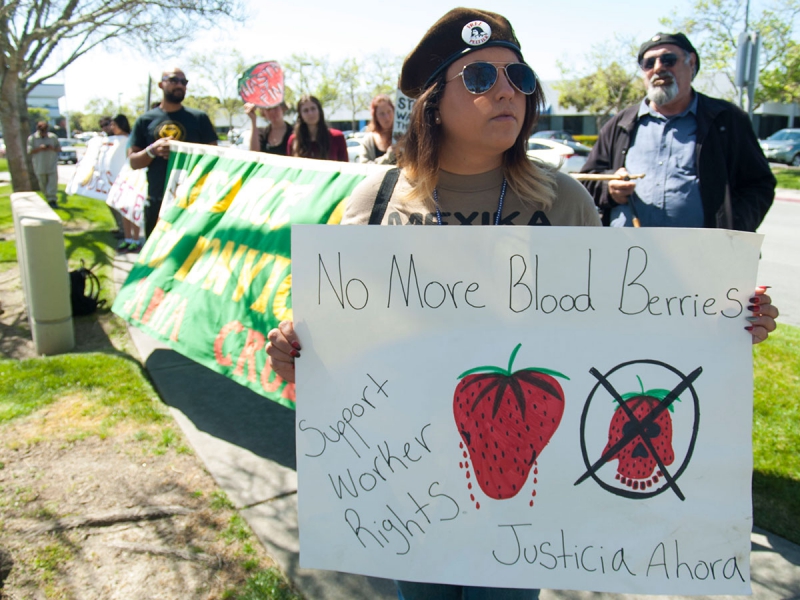 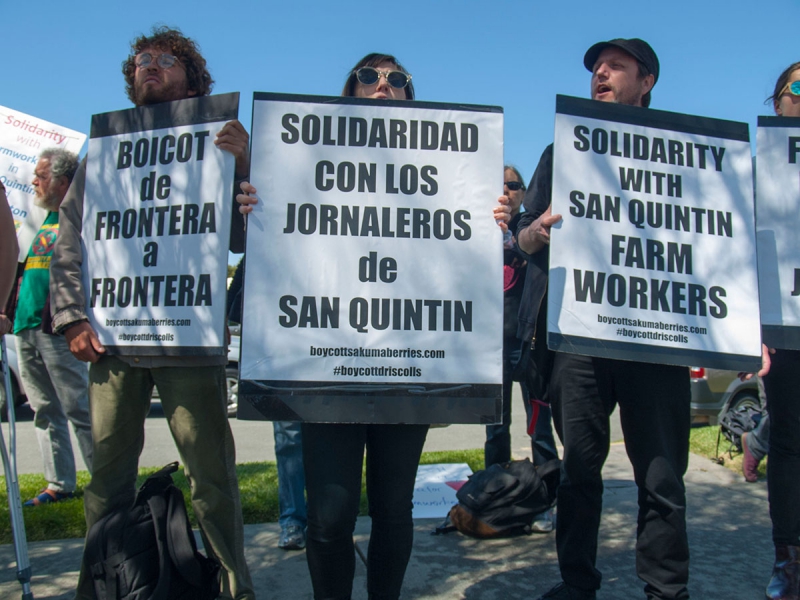 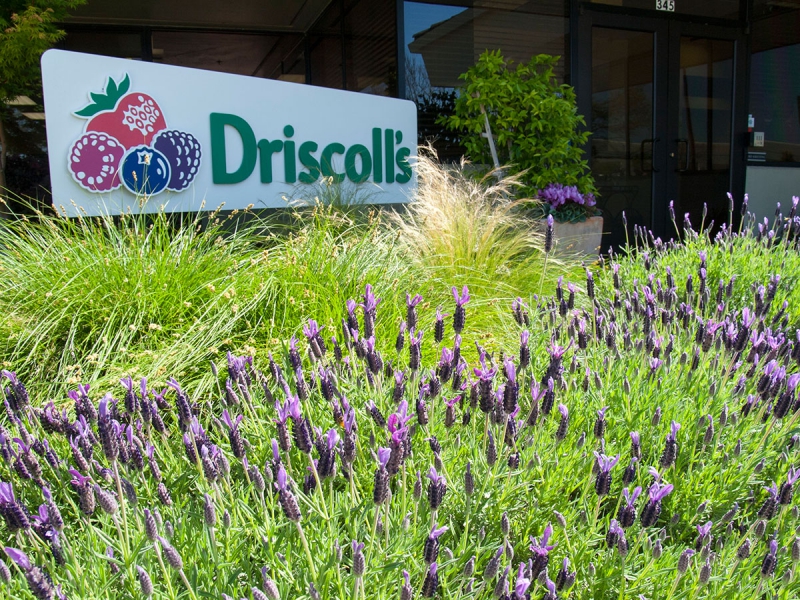 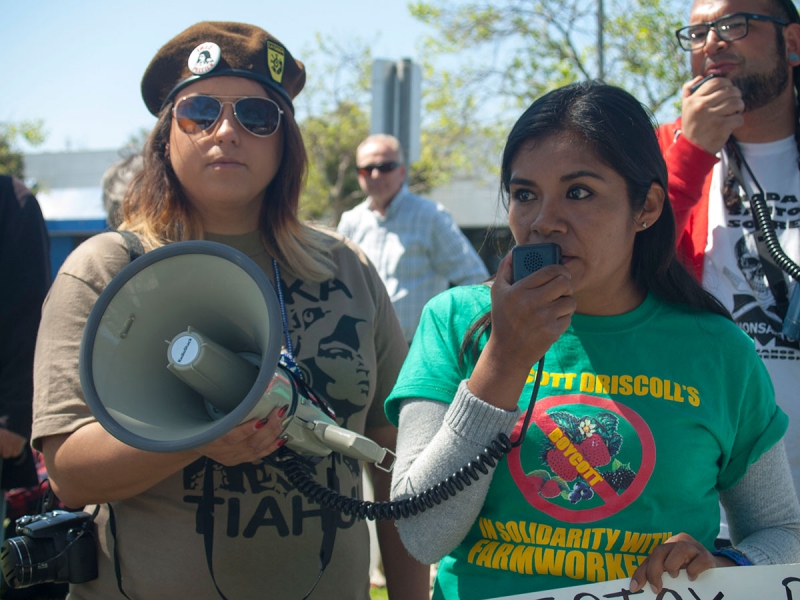 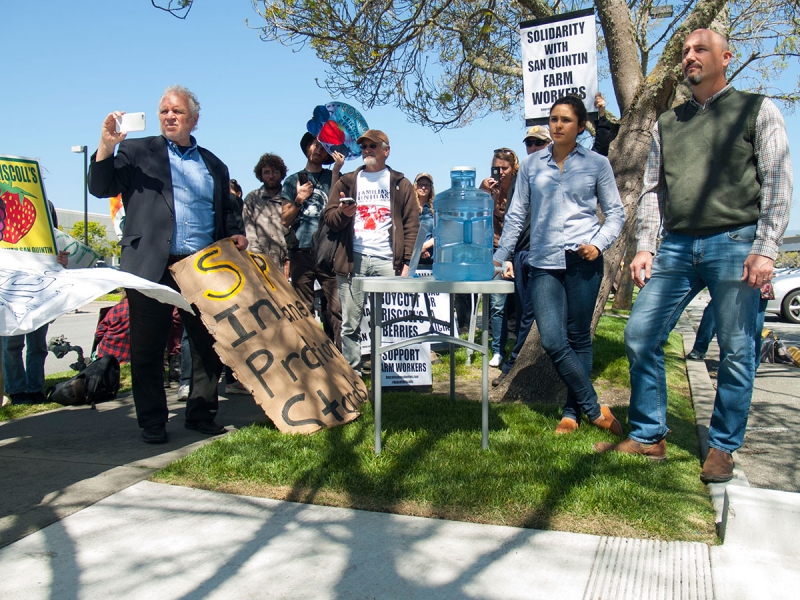 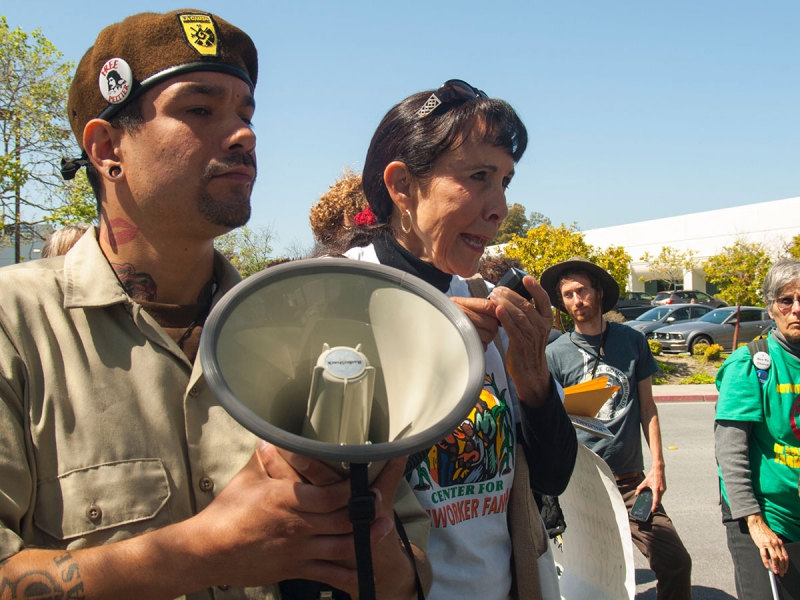 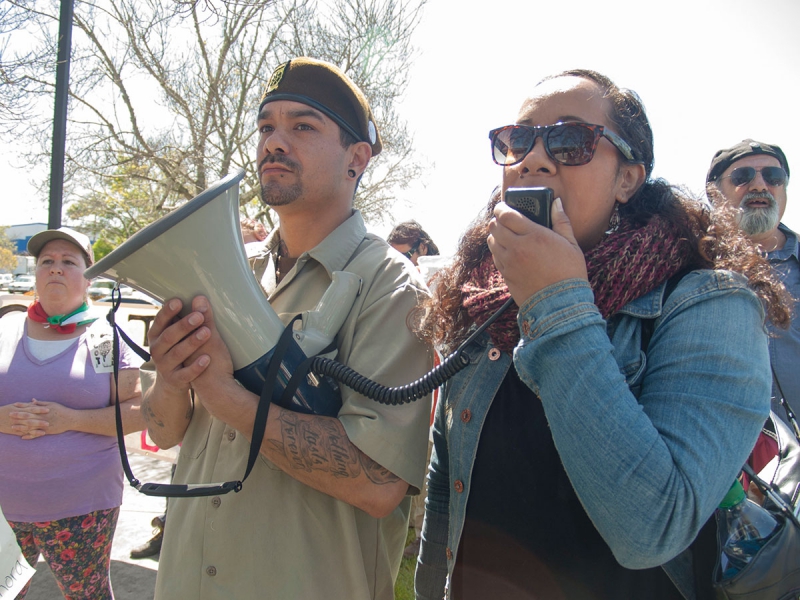 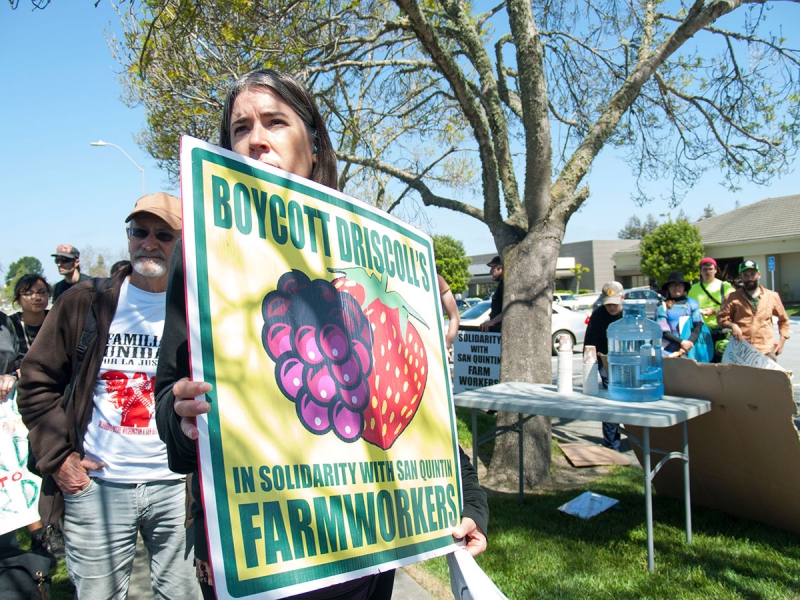 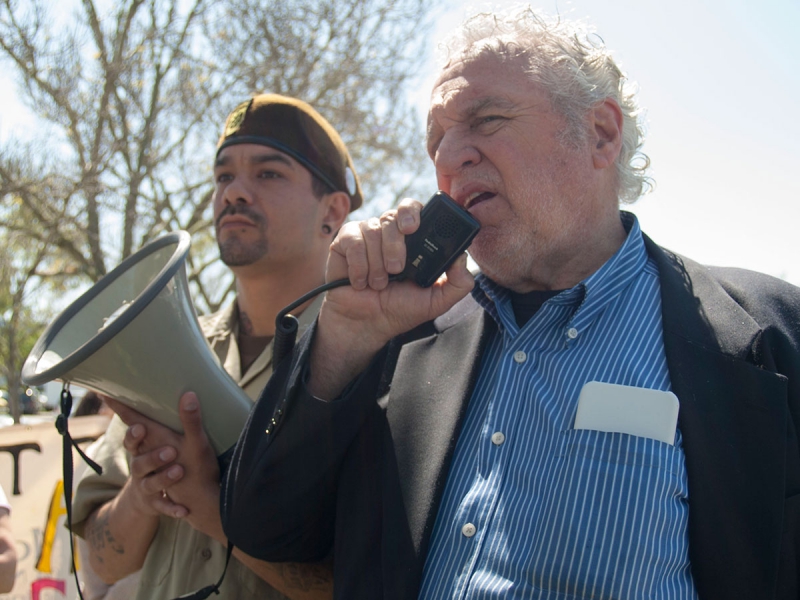 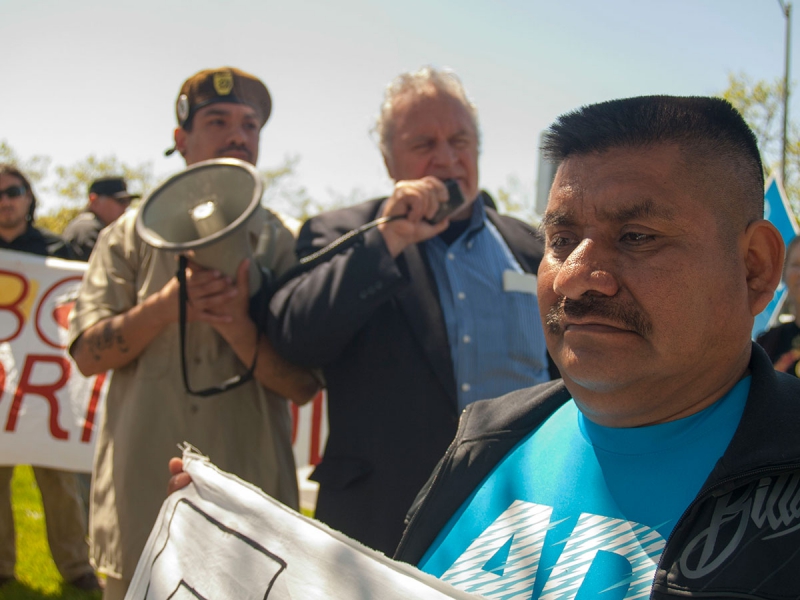 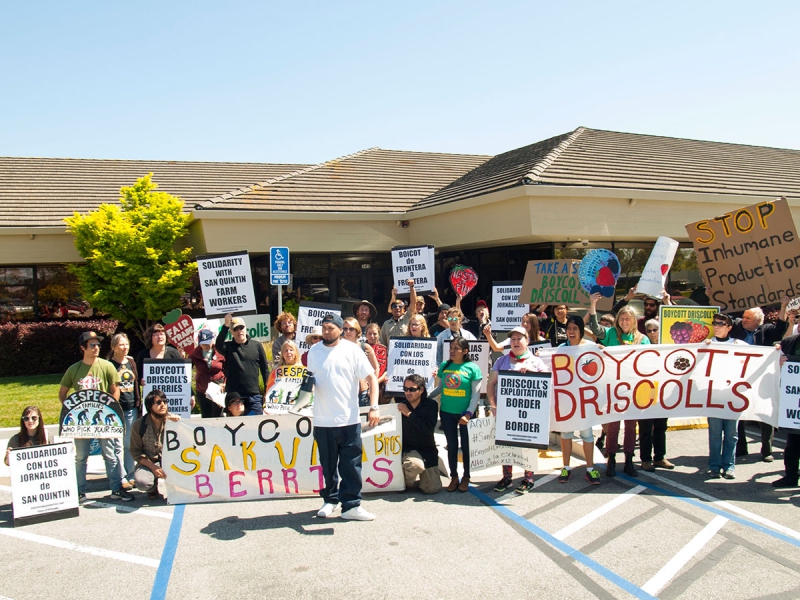 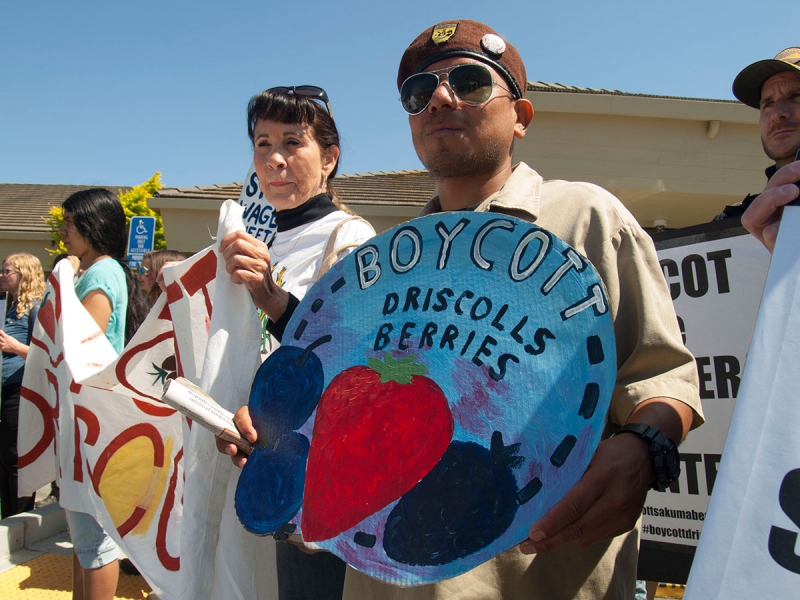 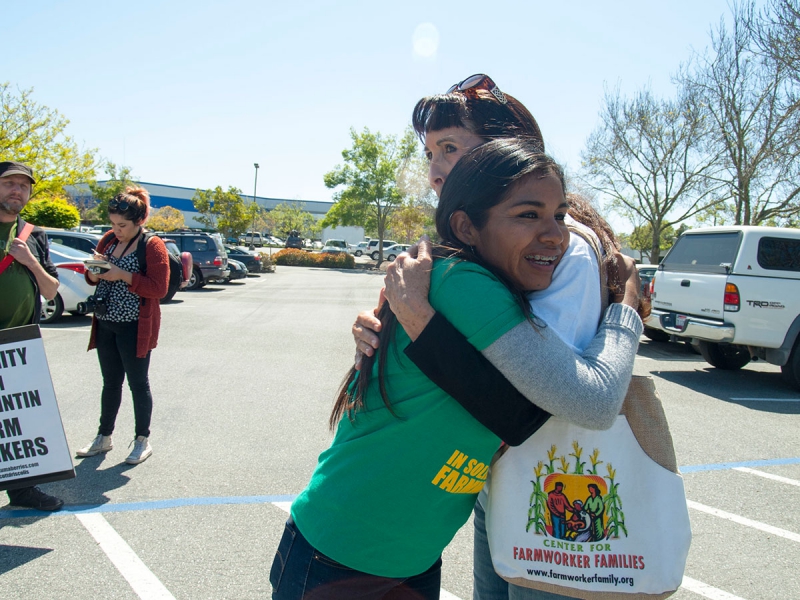 original image (1200x900)
END_OF_DOCUMENT_TOKEN_TO_BE_REPLACED
Add Your Comments
Support Independent Media
We are 100% volunteer and depend on your participation to sustain our efforts!