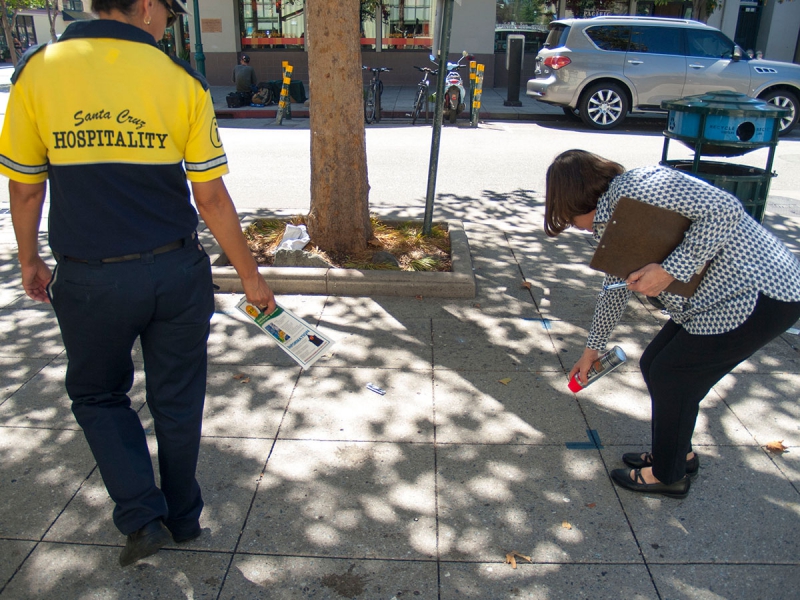 [Photo by Bradley Allen: An unpermitted blue box at the corner of Pacific and Soquel Avenues is marked with spray paint.]

On August 24, 2015, things were just a little bit different as the day began on Pacific Avenue in downtown Santa Cruz. Most people, including locals, didn't notice that the number of "blue boxes" painted onto the sidewalk had grown dramatically overnight. The "blue boxes", which are actually rectangles, are supposed to represent designated areas of the sidewalk where artisans and people living on the streets will not be harassed and ticketed for displaying their artwork, artistic performance, or panhandling.

The action of painting blue boxes comes on the heels of two well-known artists, Joff Jones and Alex Skeleton, being arrested by Santa Cruz Police on August 20 for displaying art in front of Forever 21 which, as of recently, is not allowed since the boxes there were removed. A few days later on Sunday, the artists defiantly returned to the sidewalk in front of Forever 21 dressed in Colonial attire with displays of their artwork and a painting of the First Amendment. They were not arrested a second time.

Joff Jones wrote, "I guess the police don't want to arrest men who are dressed as George Washington and Ben Franklin. We were promised that they would arrest us, and confiscate all of our art next time we came out."

A page on Facebook called "Keep Santa Cruz Weird" describes Santa Cruz as, "a town with a strong eccentric and psychedelic legacy. Santa Cruz put weird on the map." An August 24 update on Facebook provides insight into a likely motivation for an unknown entity to paint extra "blue boxes" onto the sidewalk.

"You may remember that The Great Morgani stopped playing downtown in protest. You also may remember his triumphant return." The post on "Keep Santa Cruz Weird" continues, "Last year the city came to a resolution over where street performers and street venders could perform/vend. The plan included a series of painted marks that demarcated areas where people could legally be. Now, those marks have been systematically removed by the city, leaving very few areas remaining. The spaces directly in front of Forever 21 and New Leaf Community Market, have been stripped of art and performers. We here at Keep Santa Cruz Weird have a big problem with that."

The punitive nature of the rules, and how they are enforced, seem to ebb and flow on Pacific Avenue. For example, spray painted boxes are fairly new on Pacific. Recently, the boxes were one of three colors, either blue, yellow, or red. The color of the box indicated which activities were permitted inside the space, most of which were 4x6 square feet. Now only a small number of permitted blue boxes remain. People who look closely are able to find remnants of blue boxes which have been pressure washed away.

In the afternoon of August 24, I was on Pacific Avenue documenting blue boxes when I saw that somebody was spray-painting red dots inside them. The woman kindly answered a handful of questions, however she declined to state her name or which organization she worked for. She was walking up and down Pacific Avenue on a mission to mark the illegitimate blue boxes which she said appeared overnight.

I asked her how many of the blue boxes were permitted and she stated there were about 25 legal performance spaces. She had not yet determined how many blue boxes were clandestinely painted overnight. Soon, the unpermitted boxes will surely be washed away.

A Conversation with Druid

In front of the Santa Cruz Coffee Roasting Company, I sat down on the sidewalk with a man positioned barely outside the corner of a blue box. I told him my name and he replied that his is "Druid." Then he said, "The boxes don't concern me though bro."

Druid had a very positive attitude and said that he's had his ups and downs. He didn't dwell for a moment when quickly stating that he got all his stuff stolen. On the other side of the coin, he got to see some old friends since returning to town.

He held a cardboard sign, turning it's direction depending on the way people were approaching, which had a peace sign and declared, "Begging Stinks. Compassion Doesn't. I (heart) 420."

While I sat with him, one young man handed him something and said, "Here, buy some good herb." The gift was a dollar, which alone doesn't buy much these days, but Druid smiled and said that it all counts. His concern for the day however wasn't getting more cannabis, it was securing money for cigarettes, food, and coffee.

Another man came by offering either one of us an iced coffee, which Druid happily accepted. Druid told me that he does not drink or do hard drugs. He was in the middle of telling me that he collects about $20 a day, and then he's done panhandling, as a woman donated a dollar. He said it brought him up to $4.60, and needed only $15.40 more for the day.

I said to Druid that I've been reading people stating that there's a big problem with heroine and meth in downtown Santa Cruz, including the river levee and San Lorenzo Park. Before I could finish my thought, Druid interjected by posing the question, "As opposed to where?"

Druid elaborated on drugs and society stating eloquently that, "It's a problem everywhere. The problem isn't the drugs themselves. The problem is that they are illegal. Make drugs legal and you take 90% of the crime away."

Druid said he grew up in Phoenix, Arizona and has travelled all over the place. "Not just California," he assures me. As we are talking, a Santa Cruz Hospitality worker approaches us and starts a friendly conversation with Druid. He asked the worker, whom I had spoken with earlier, to vouch for his prior statement about being left alone while panhandling and that the blue boxes don't apply to panhandlers.

The Santa Cruz Hospitality worker replied that she could not comment, but then clarified that he was left alone because he follows the rules. Druid stated that the only people being picked on are the performing artists and vendors.

Although Druid says the "boxes" painted onto the sidewalk do not apply to panhandlers, I am not so sure that this is completely accurate information. For one thing, there's the way ordinances are written on paper, and then there's the way they are enforced. The enforcement, and threats of enforcement, often go beyond the scope of what is actually written in the ordinances. I have observed on more than one occasion, and been told directly by a Santa Cruz Police officer, that the "boxes" are also intended for panhandlers.

The City's decision to create a small number of "boxes" on Pacific Avenue has generated a bit of tension between artists and panhandlers who essentially must compete against each other for the same spaces. Of course eliminating a bunch of spaces after they were designed doesn't help the situation.

As for the artists, Druid lamented, "These folks are, for the most part, not homeless. They have houses and jobs." 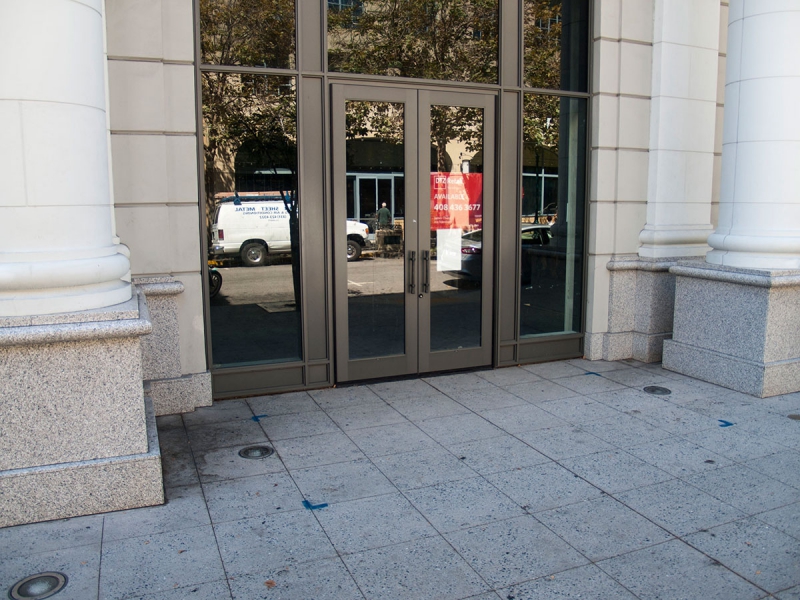 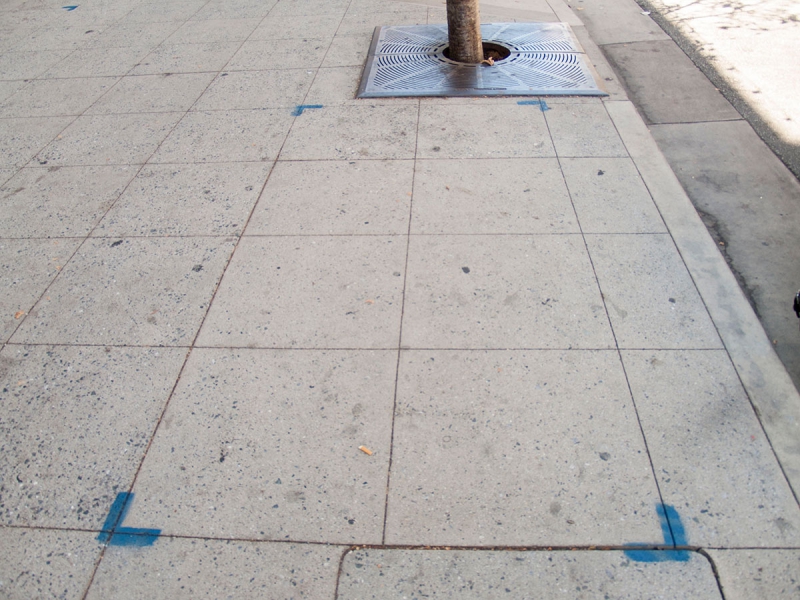 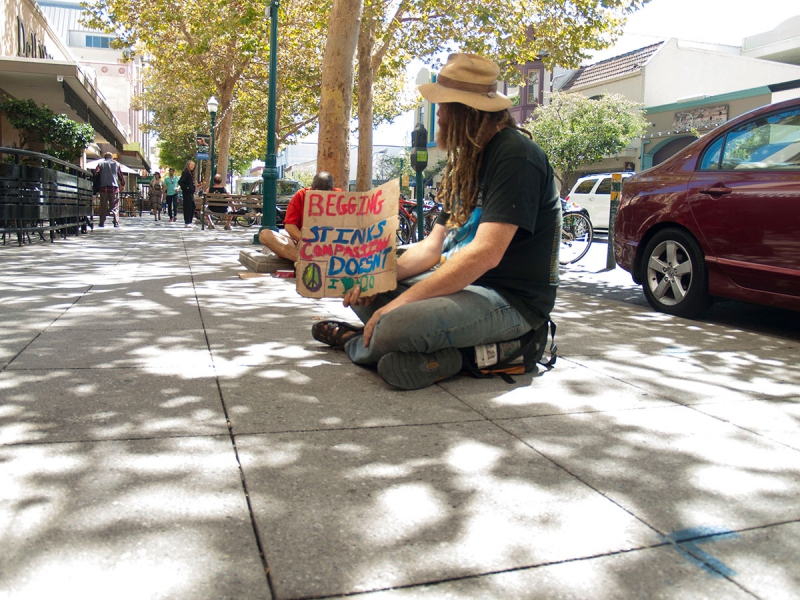 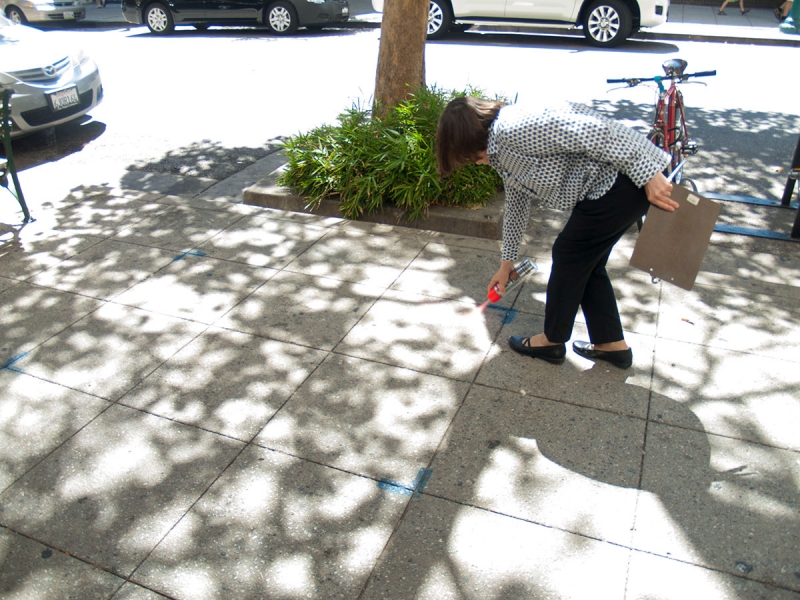 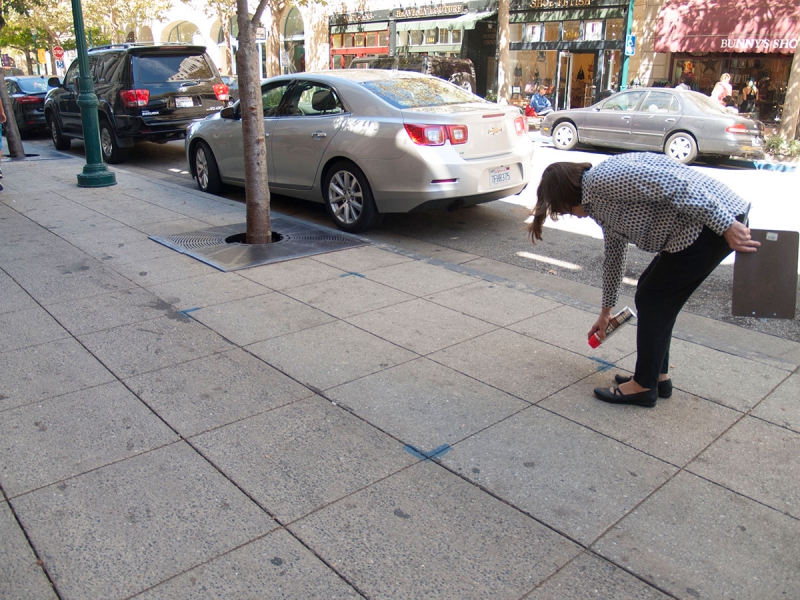 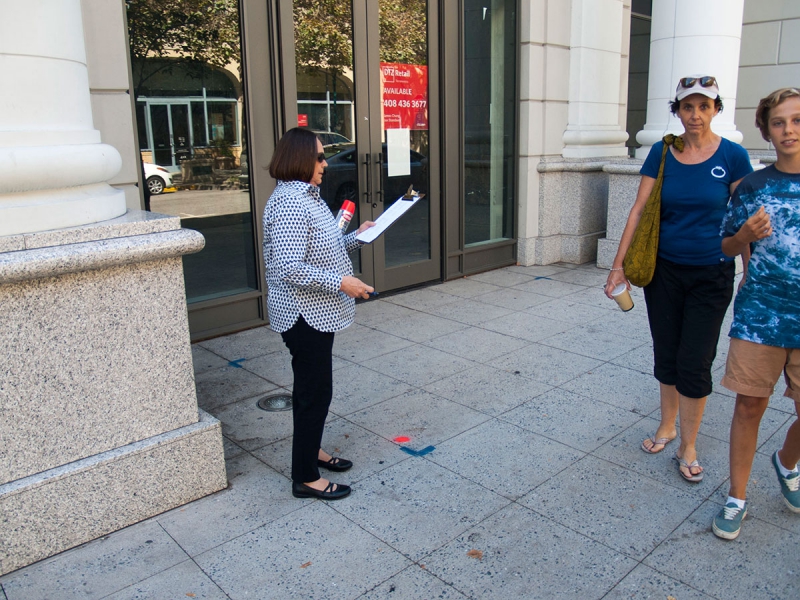 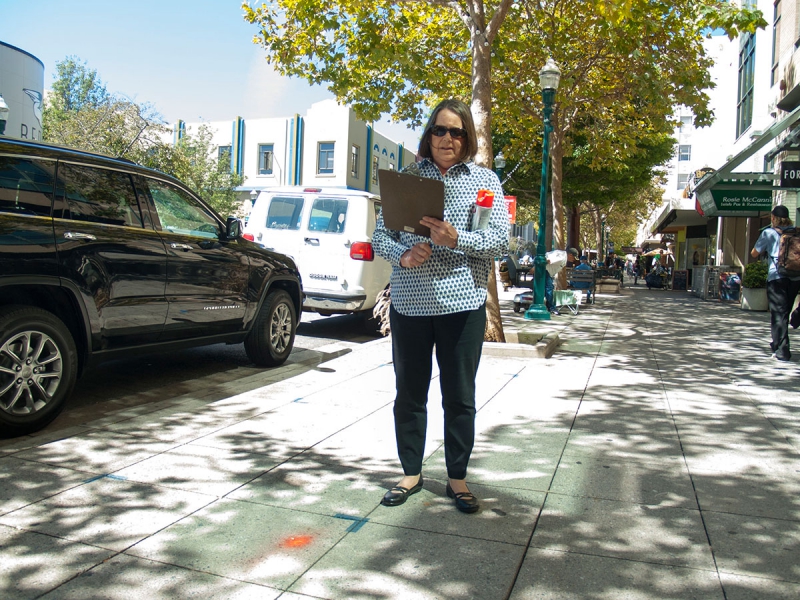 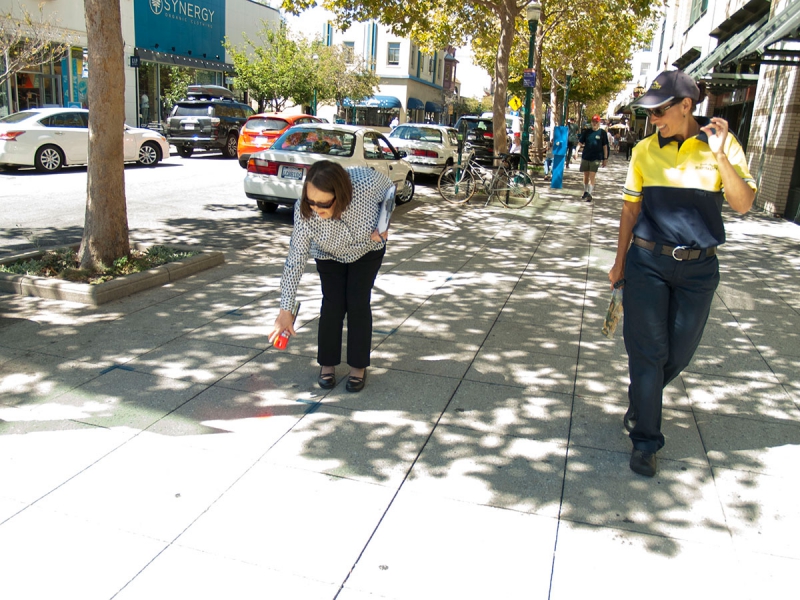 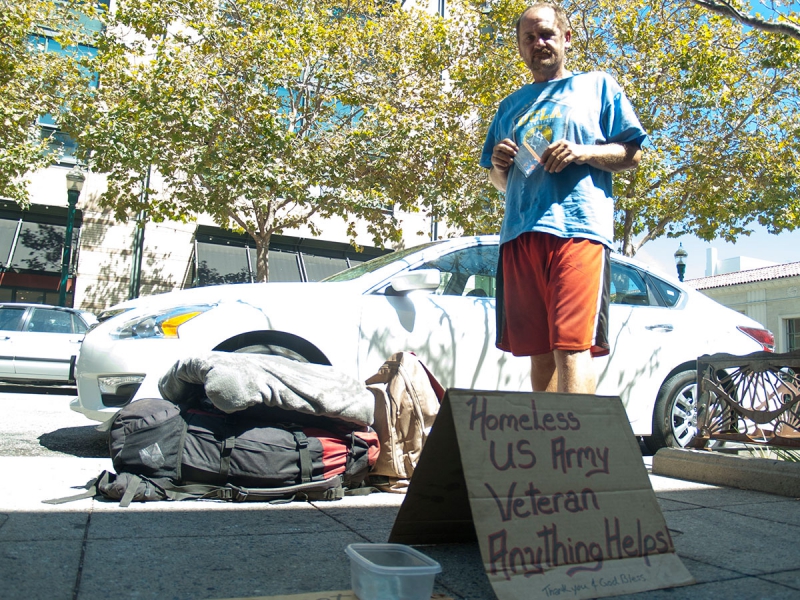 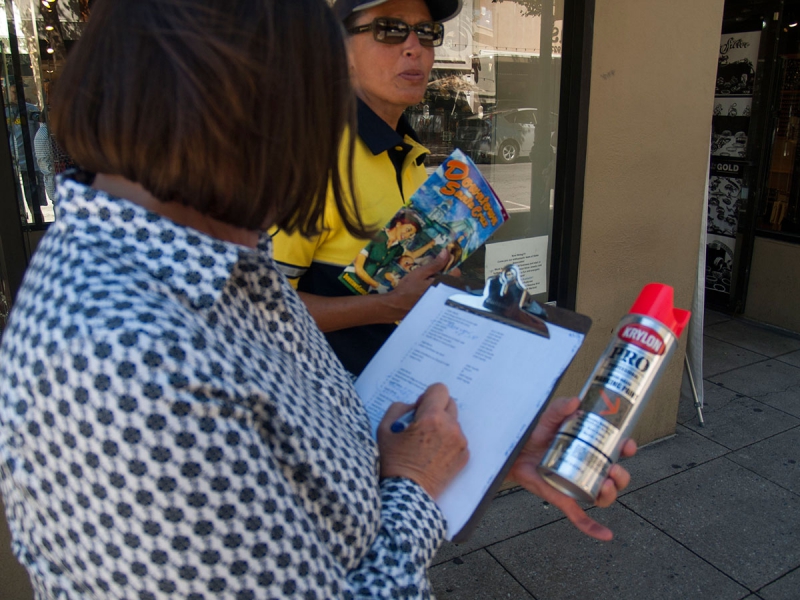 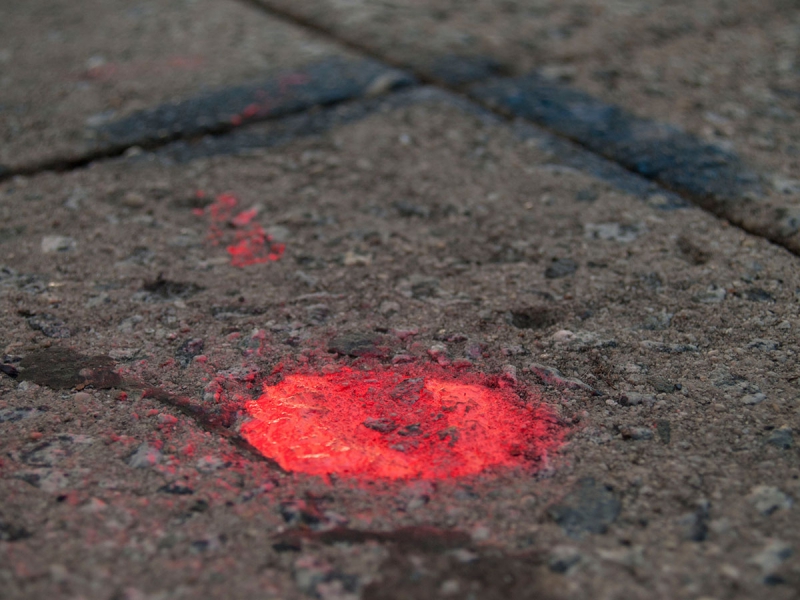 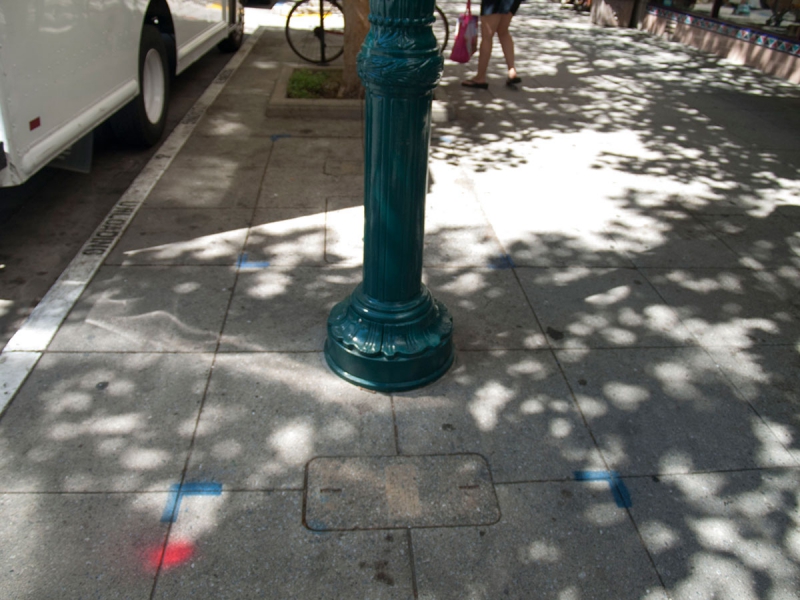 original image (1200x900)
http://bradleyallen.net/2015/08/unpermitte...
Add Your Comments
LATEST COMMENTS ABOUT THIS ARTICLE
Listed below are the latest comments about this post.
These comments are submitted anonymously by website visitors.