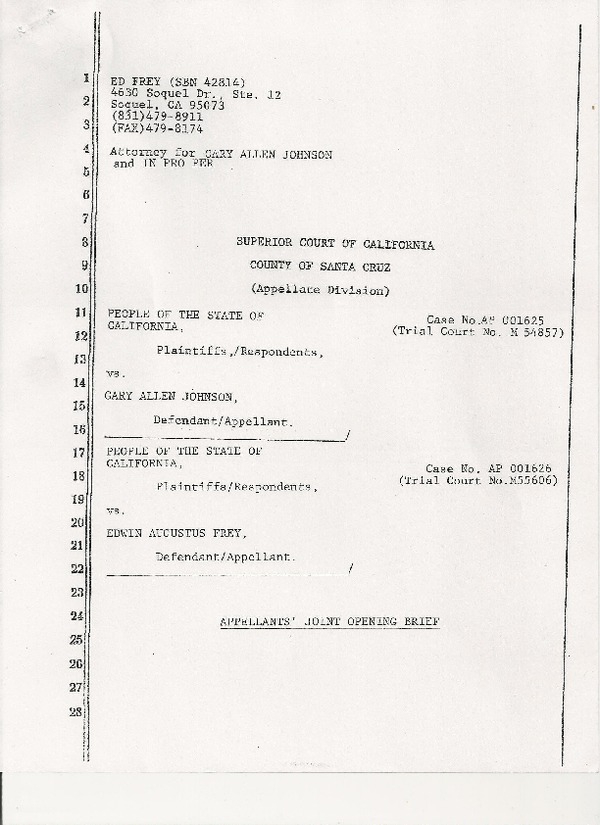 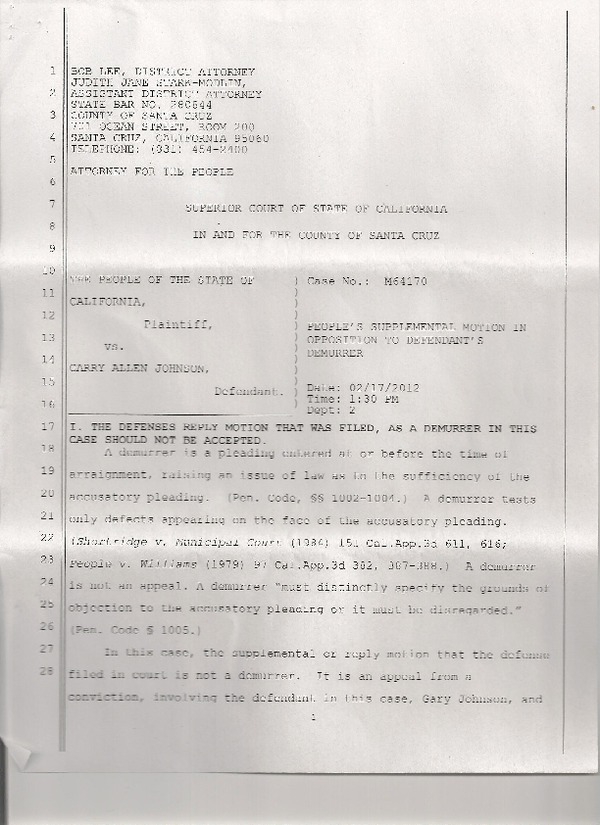 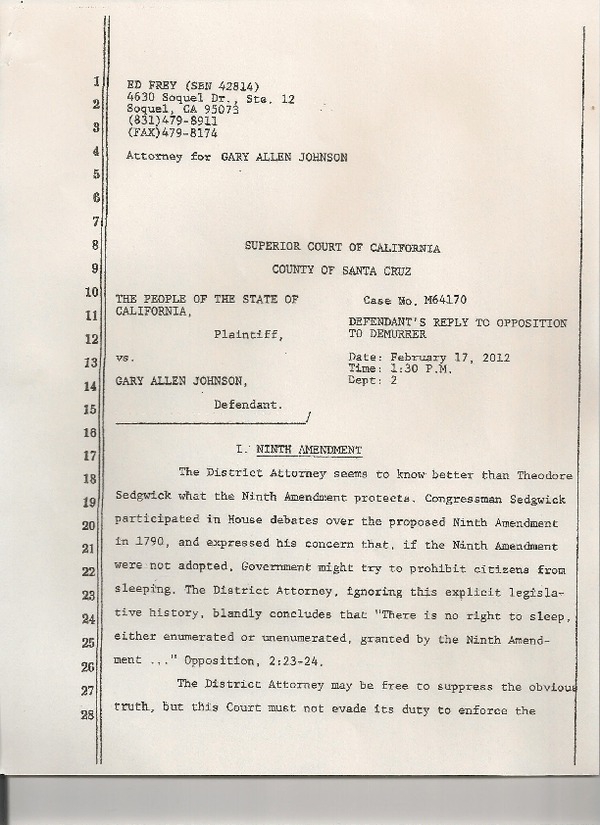 Download PDF (3.9MB)
A demurrer is a claim ("I demur" or disagree) that the charges against the defendant are so badly framed that they don't constitute a recognizable crime or that the ordinance itself is unconstitutional.
Add Your Comments
Support Independent Media
We are 100% volunteer and depend on your participation to sustain our efforts!