by dave id
Mehserle's defense attorney filed a 995 motion to dismiss the murder case against his client, alleging that improper conduct on the part of Superior Court Judge C. Don Clay during the preliminary hearing amounted to a violation of Mehserle's right to a fair trial. Judge Thomas M. Reardon oversaw the 995 hearing on September 4th. During the hearing Reardon seemed a little too chummy with the defense, but he did make clear that he was well versed in the issues of the case, having read all thousand-plus pages of testimony from the preliminary hearing that ended in June as well as having watched the related videos. Unexpectedly, Reardon did not issue a ruling at the hearing itself, but instead decided to submit his ruling in writing the following week in which he declared that the magistrate's conduct during the preliminary hearing was indeed proper and that Mehserle should proceed to trial for murder. 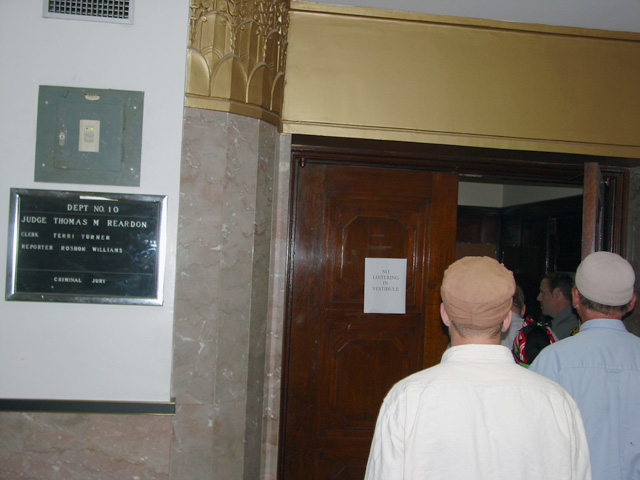 What follows are shorthand notes from inside the 995 hearing:

Unless Rains can get the trial moved to a majority white county where a judge or jury rules based on prejudice in favor of police and against people of color rather than the facts of the case, the evidence of the case as laid out in the preliminary hearing makes clear that Mehserle should rightfully be convicted of murder.


END_OF_DOCUMENT_TOKEN_TO_BE_REPLACED
§Cephus Johnson, Krystof, and the Revolution Club
by dave id
Copy the code below to embed this movie into a web page:
Download Video (17.6MB) | Embed Video
(video 5:24)

This video was shot after the hearing, in the foyer outside of the court room and on the sidewalk in front of the Alameda County Superior Court House. It features Cephus "Uncle Bobby" Johnson answering corporate press questions about the case, Krystof speaking about BART's failure to hold anyone accountable, and the Revolution Club with the Stolen Lives wall. 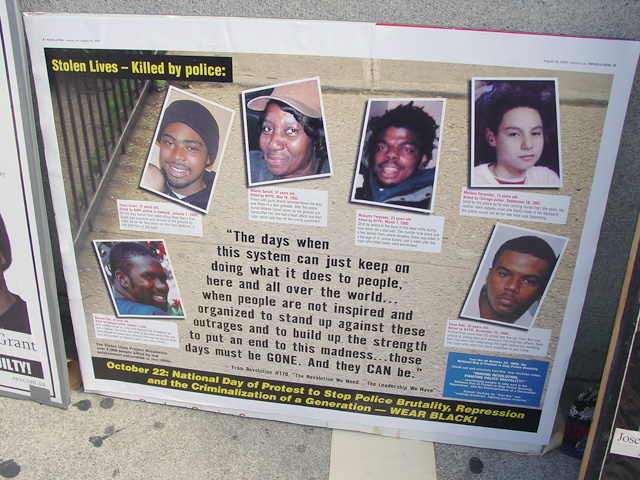 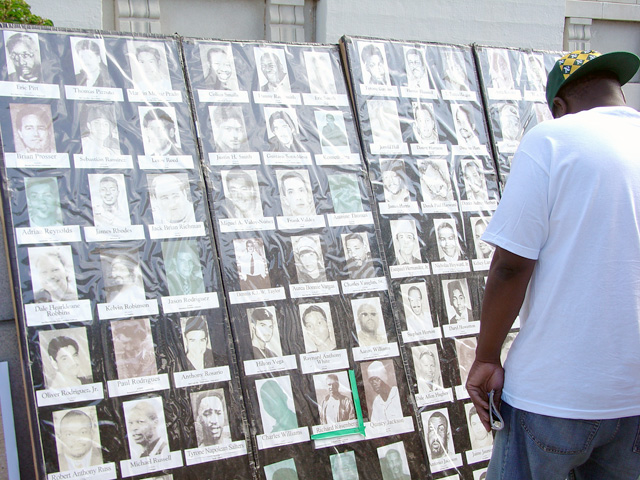 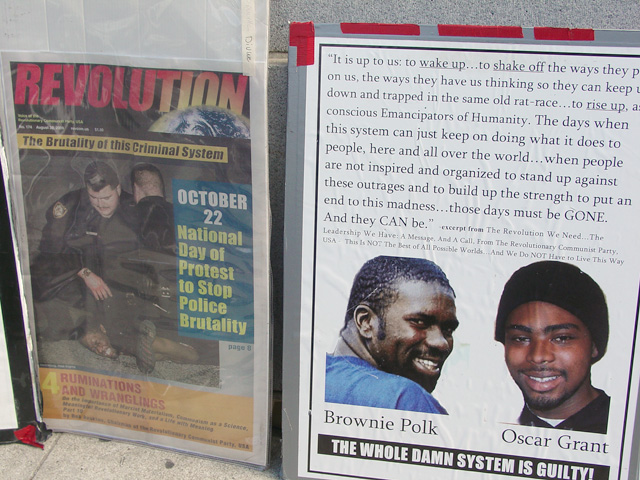 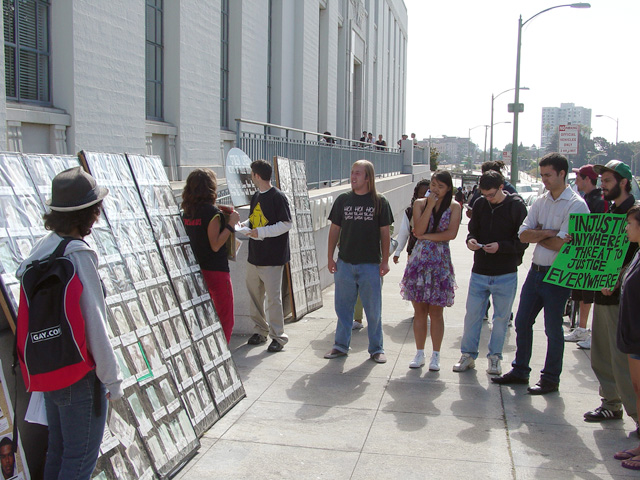 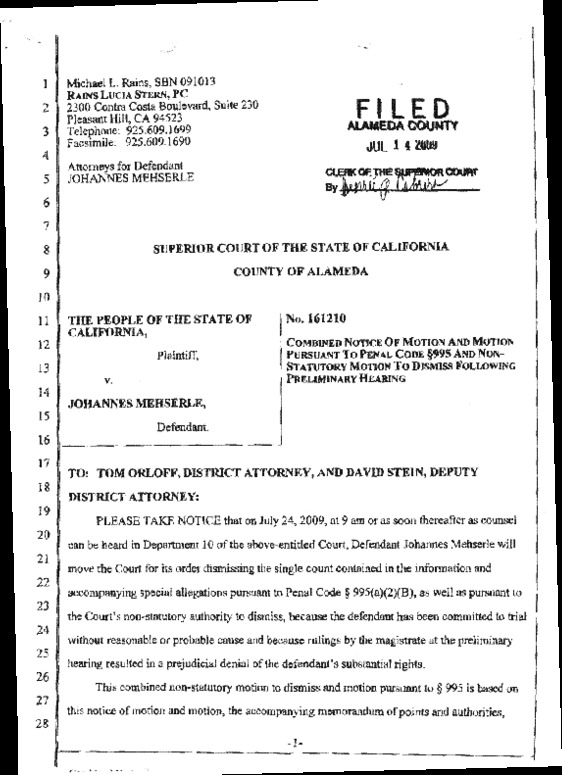 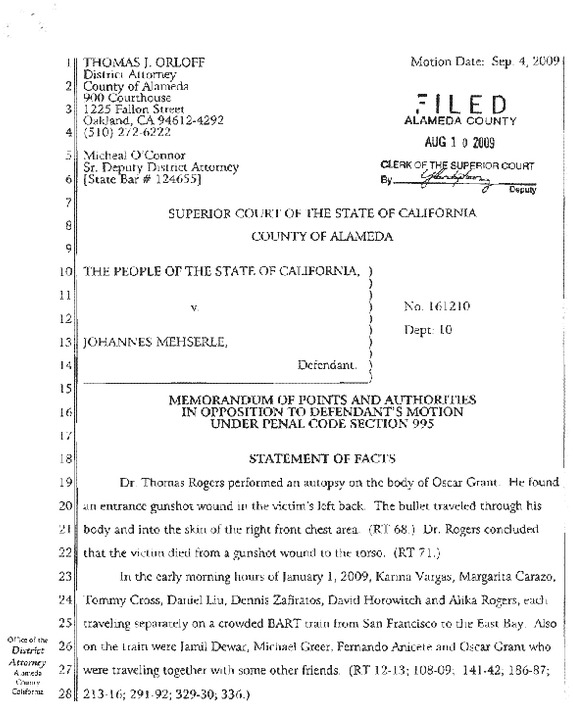 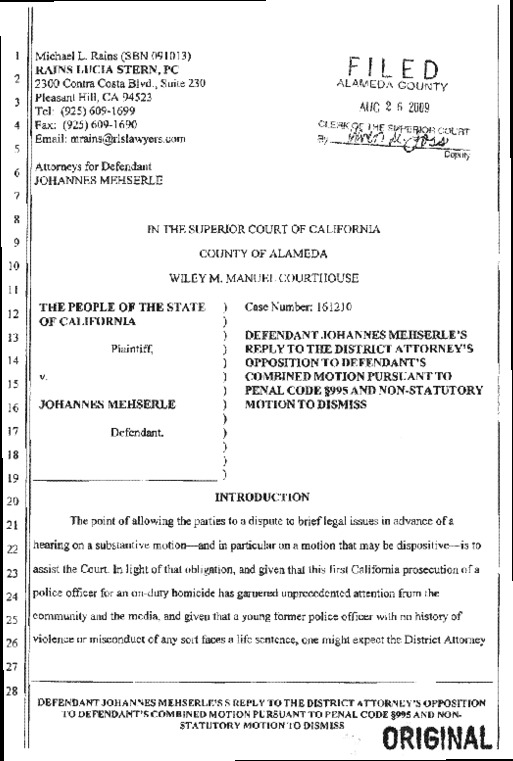 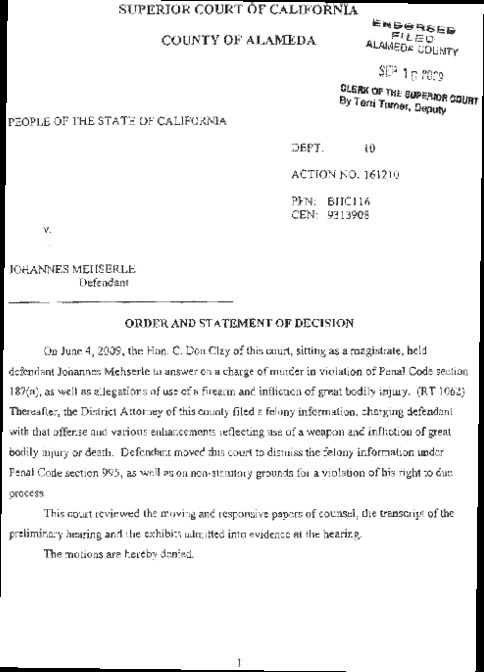 Download PDF (3.3MB)
(12-page PDF)
END_OF_DOCUMENT_TOKEN_TO_BE_REPLACED
Add Your Comments
Support Independent Media
We are 100% volunteer and depend on your participation to sustain our efforts!