by Labor Video Project
LA AFT1521 executive board member & adjunct Khaled Hussein from East Los Angeles Community College was illegally suspended by AFT 1521 union president James Mckeever and his allies for exposing financial shenanigans that showed that he wanted a salary of $400,000 a year. 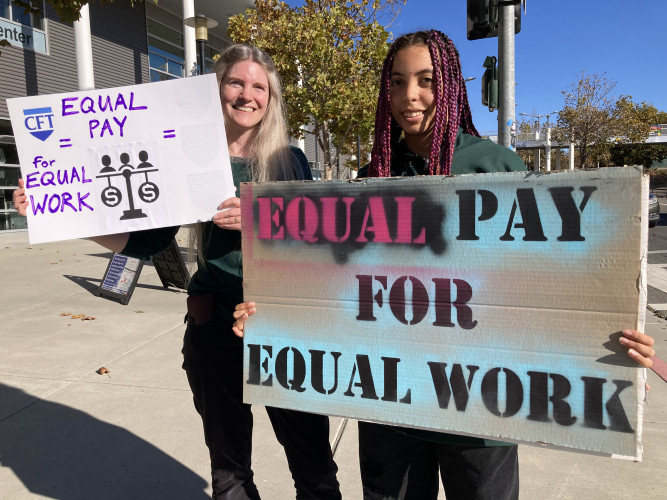 original image (4032x3024)
East Los Angeles Community College professor and AFT 1521 Executive Board member Khaled
Hussein was illegally suspended by the union officers after he exposed financial expenses increasing the salary of the Local union president James McKeever to $400,000. Before he was suspended without a hearing, the union lawyer Lawrence Rosenzweig and President McKeever sent a letter demanding that he resign due to dual unionism.
He also was also raising in the union the concerns of the 30,000 adjunct faculty in California who
mostly face low pay, no seniority, no benefits and no healthcare.
This video was completed on October 30. 2022. 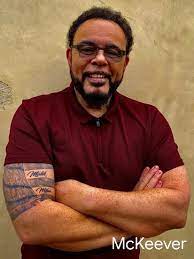 Los Angeles Community College Local AFT 1521 James McKeever wanted the local to give him a salary increase that would increase his pay to $400,000 a year. When AFT 1521 Executive Board member Khaled Hussein challenged that and also sent the information out to the membership McKeever had the lawyer send him a letter demanding that he resign. When that failed they suspended him without a hearing.
END_OF_DOCUMENT_TOKEN_TO_BE_REPLACED
§Some AFT 1521 Leaders Back Illegal Suspension
by Labor Video Project

original image (1024x497)
Some AFT 1521 leaders are backing the suspension of executive board member Khaled McKeever from the Executive Board for alleged "dual unionism". They did this without a hearing.
END_OF_DOCUMENT_TOKEN_TO_BE_REPLACED
§Equal Pay For Equal Work Demanded By Adjuncts
by Labor Video Project 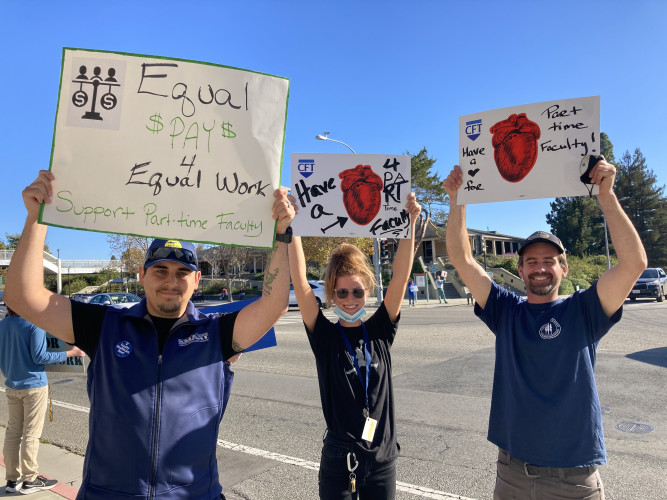 original image (4032x3024)
The over 30,000 adjuncts in California and most are paid worse than that regular professors and many are without benefits and healthcare.
END_OF_DOCUMENT_TOKEN_TO_BE_REPLACED
Add Your Comments
Comments (Hide Comments)
§Letter From AFT 1521 and Lawyer Lawrence Rosensweig Demanding Resignation Of E Bd Member
by Labor Video Project
Letter from AFT 1521 President James McKeever and the union's attorney Lawrence Rosenzweig in Los Angeles demanding that AFT 1521 executive board member Khaled Hussein resign from his position for dual unionism. Shortly following this letter he was suspended from his position.
END_OF_DOCUMENT_TOKEN_TO_BE_REPLACED
Add a Comment
Support Independent Media
We are 100% volunteer and depend on your participation to sustain our efforts!