§Neptune Jade Was Picketed In Oakland To Support Liverpool Dockers
by LaborFest
Friday Jul 15th, 2022 9:10 AM 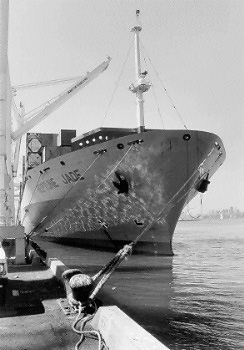 In solidarity with the striking Liverpool dockers, labor and community supporters picketed the Neptune Jade which had cargo from Liverpool.
https://laborfest.net/event/dockers-rebell...
§Liverpool Dockworkers March
by LaborFest
Friday Jul 15th, 2022 9:10 AM 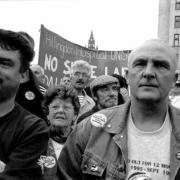 There was. a world wide campaign for the defense of the Liverpool dockers strike. The lessons of this international struggle will be the focus of this panel.
https://laborfest.net/event/dockers-rebell...
Add Your Comments
Support Independent Media
We are 100% volunteer and depend on your participation to sustain our efforts!