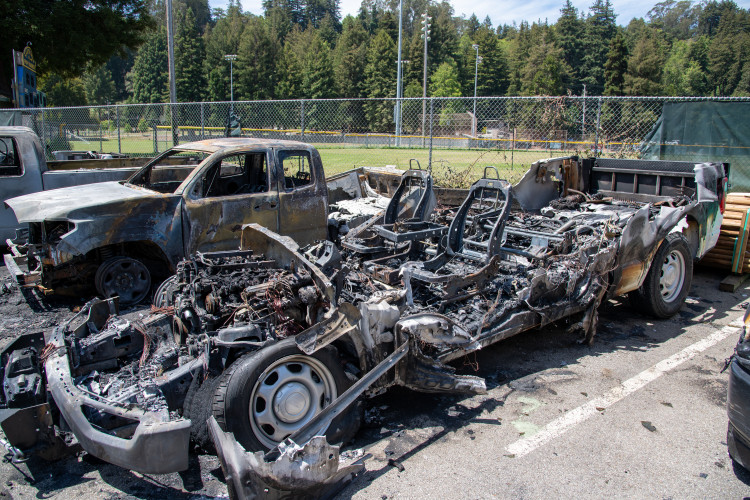 The vehicles were destroyed in advance of the impending closure of the San Lorenzo Park Benchlands homeless encampment, which the City of Santa Cruz has announced will begin in July. 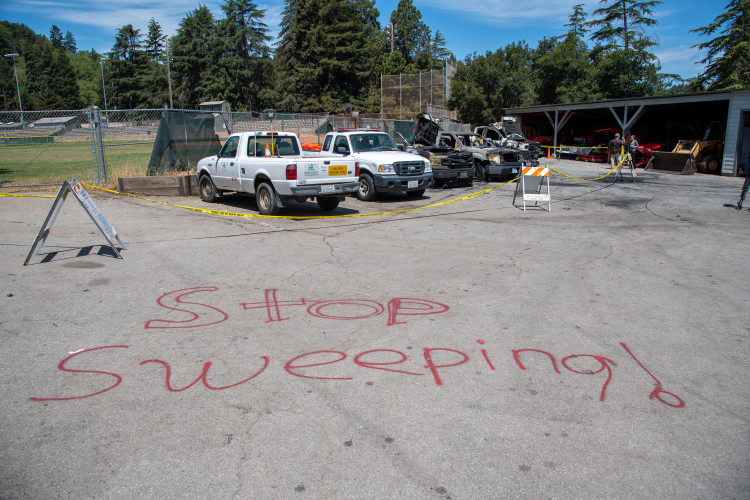 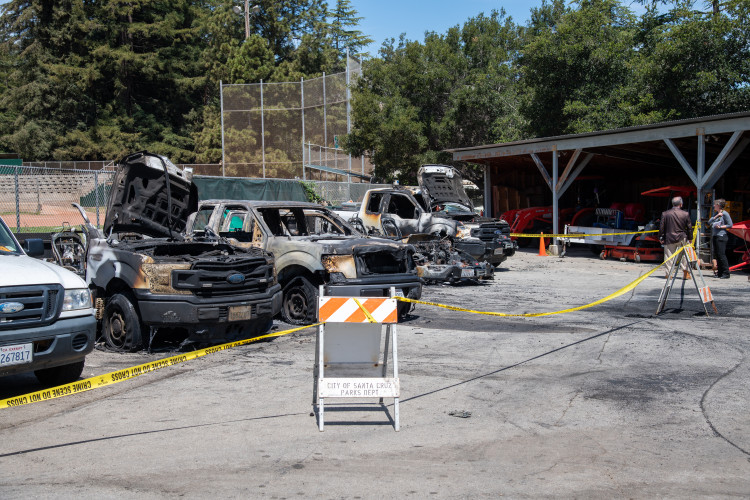 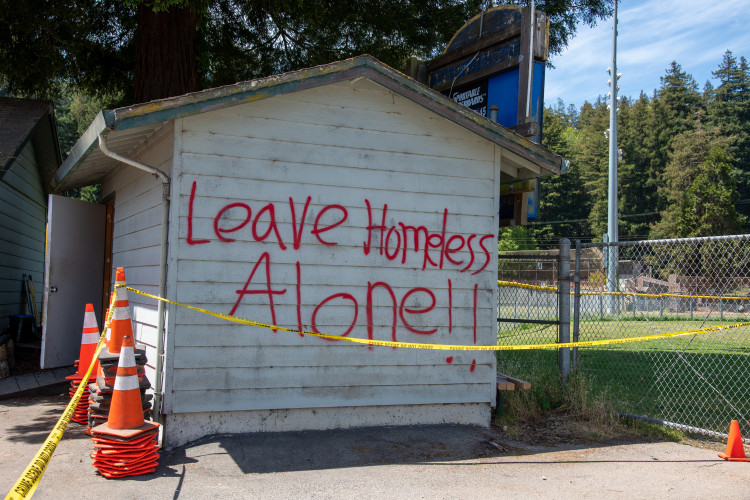 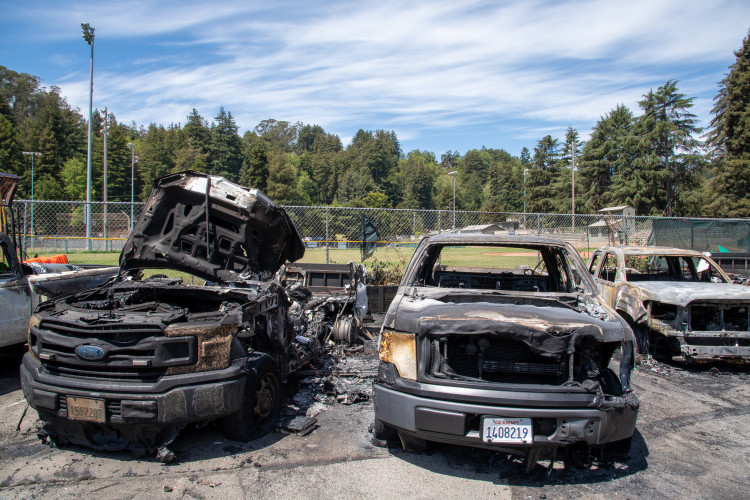 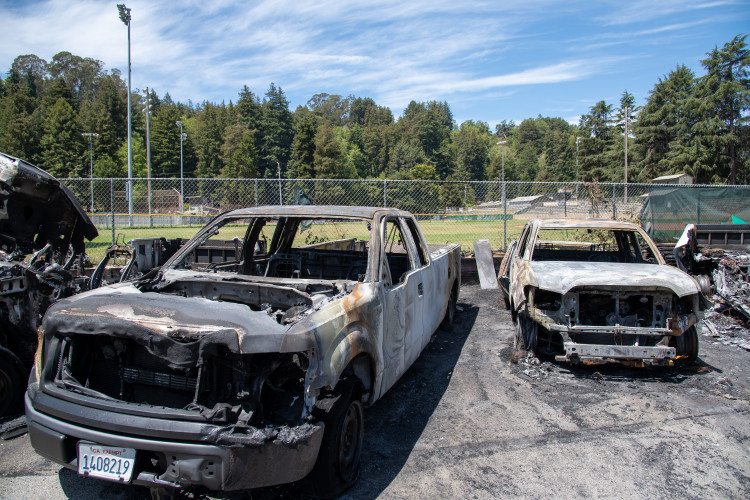 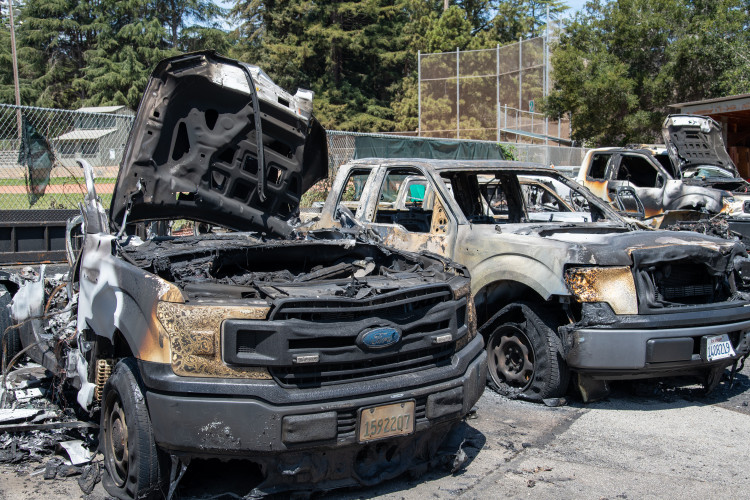 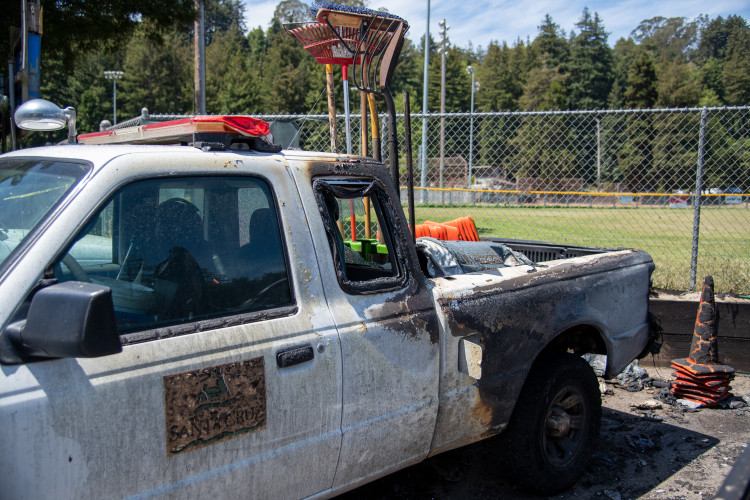 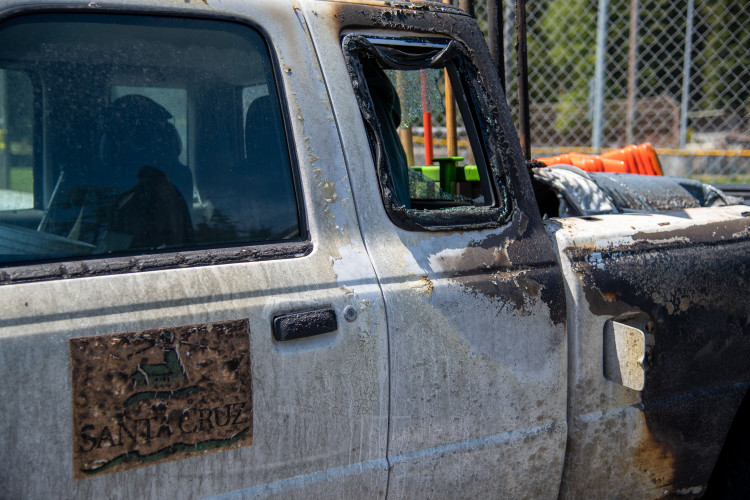 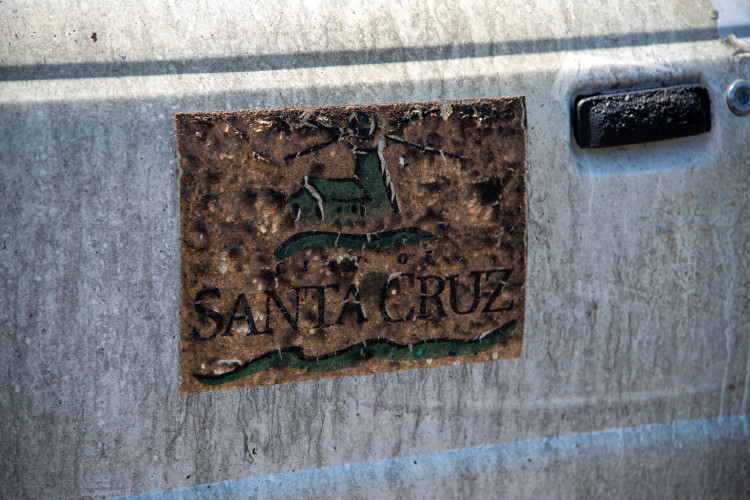 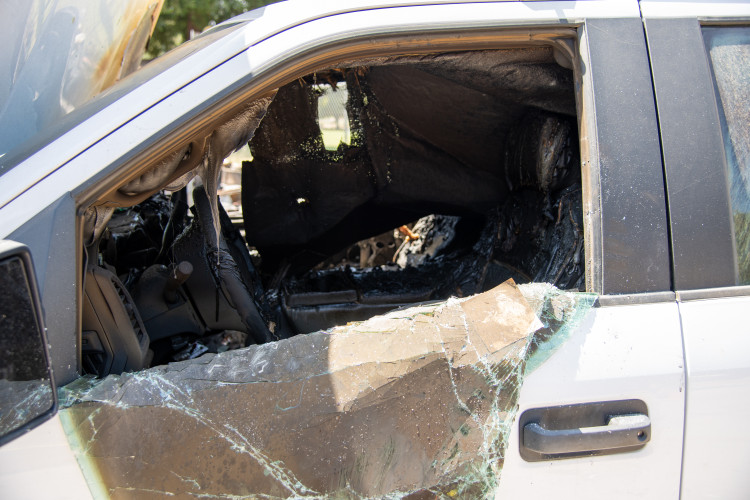 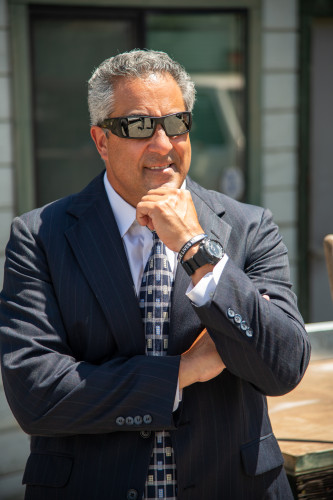 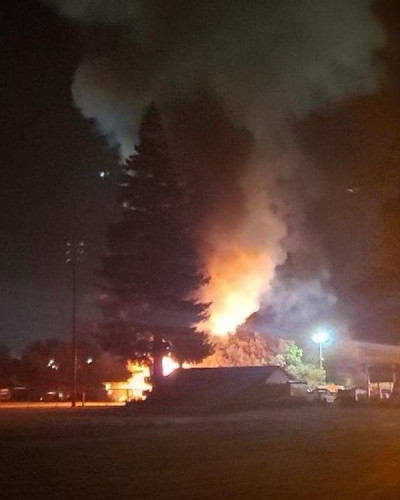 Caption:
"This morning at 1:37, the Santa Cruz Fire Department was dispatched to a vehicle fire at 300 Evergreen St. E3110 arrived on scene and found several vehicles burning in the parking lot of the above address, behind a locked gate. The fire was threatening many other vehicles, and two structures. Crews forced entry through the gate, deployed hose lines and extinguished the fire. The fire was contained to six vehicles."
http://alexdarocy.blogspot.com/
§City of Santa Cruz Fire Department Incident Update
by Alex Darocy (alex [at] alexdarocy.com)
Thursday Jun 2nd, 2022 10:08 PM 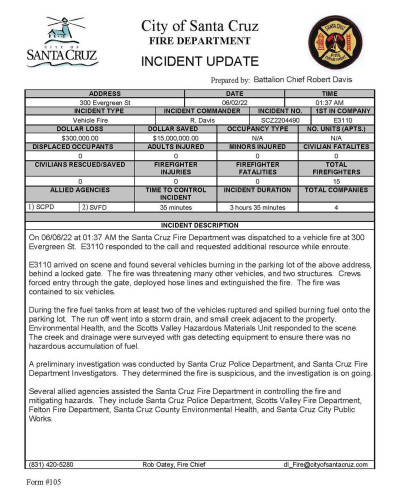 original image (1440x1799)
Source: Santa Cruz Fire Department
http://alexdarocy.blogspot.com/
Add Your Comments
LATEST COMMENTS ABOUT THIS ARTICLE
Listed below are the latest comments about this post.
These comments are submitted anonymously by website visitors.