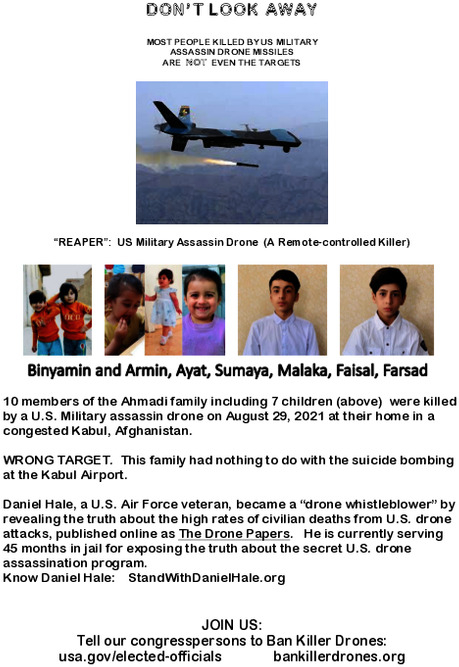 Marysville, CA. A small group of anti-drone activists, with Codepink, Ban Killer Drones and Veterans For Peace held demonstrations at 2 gates Monday at Beale Air Force Base, a drone base in Marysville, during am and pm commute. Flyers and banners were used to educate military personnel about two critical issues: 1) The August 29th U.S. drone attack that killed 10 members of the Afghan Ahmadi family, all civilians, at their Kabul home, and 2) The U.S. Military’s critical role in the global climate crisis, that leaves a gigantic carbon footprint annually, due to the 800+ foreign bases worldwide, and the ongoing state of “endless wars.”

One banner read: "Creechers Say: END WAR, 4 the CLIMATE,” with activists dressed up as and holding puppets of animal creatures, in response to the recent COP 26 global climate conference that excluded the U.S. military’s major role in green house gas emissions in the global solution agreements.

One of their leaflets, titled “Don’t Look Away," included color photos of the 7, mostly very young, children of the Ahmadi family killed in Kabul by a U.S. drone attack. The protestors say that this was not an exceptional “mistake”, but a common reality in drone attacks, where victims of U.S. drone strikes are most often civilians or “not the intended target.” This reality was revealed in military documents leaked by drone whistleblower Daniel Hale, who is currently serving 45 months in jail for exposing drone war crimes, they say.

The group was successful at distributing flyers and bannering at the Wheatland gate at Beale AFB during Monday’s early morning commute, but, plans at the afternoon vigil at the Doolittle Gate was quickly disrupted by Beale security police.

Peace activist and grandmother, Toby Blomé, wearing a white bunny suit with tail, attempted to distribute her flyers while holding a heart-shaped sign: “Love Not War.” Within minutes of arriving to an area she has frequented for over a decade, that has easy access to military pulling out onto a highway, base security police claimed she was on military base property and had to leave.

This “gore” area, separated from traffic flow by a double yellow-lined triangle, has been in dispute between the military and peace activists for over a decade, with the military repeatedly changing their claims as to where the invisible base property line crosses the entrance road. However, in 11 years of dispute, Beale security officers have never arrested Ms. Blomé and she has always asserted her free speech rights to be there.

This time she was handcuffed and removed very quickly, eventually taken onto the base for fingerprinting. She was detained for about 2.5 hrs before she was cited and released into the dark of the night at the gate.

“I’ve been passing out leaflets at this same Doolittle Gate location, monthly, for most of the last 11 years now, and have never been arrested," says Toby Blomé. “Why did Beale security police on this day decide to violate my cherished 1st Amendment rights and arrest me unjustly? I was not on the base property, though this is what they claim.” The Beale military refused to give the name of the supervising officer ordering the arrest, though Ms. Blomé requested the identity several times during her detention. Near her release time one “Tech Sgt.,” officer Beck, finally took responsibility, but it is unclear to Ms. Blomé whether he was covering for someone else or not. A plain clothed officer, “Kyle,” who gave much of the direction and guidance to other officers during Ms. Blomé’s on base processing refused to give his last name.

“Why was today different?” ponders Ms. Blomé. The only thing different is that this time her leaflet included colored photos of the 7 children killed by a recent U.S. drone attack. “Could this be too much truth for the U.S. military to be exposed to?” she asks. The military refused to offer any explanation, except claiming that Ms. Blome was "trespassed on base property." Ms. Blomé says that she has probably distributed from 1-2 thousand leaflets to base personnel over 11 years, at this same location, in spite of past military harassment.

“The public and military personnel all have the right to know the truth about U.S. foreign policy and human rights violations committed by these policies, and free speech rights have to be strongly defended, if our fragile democracy is going to endure. In addition, if soldiers are going to risk their lives in foreign countries, supposedly to "defend our freedom,” they should never be asked to violate our freedom at home," said Ms. Blomé.

Beale AFB controls the Global Hawk surveillance drone that identifies, surveils and tracks suspected targets for the secretive U.S. drone assassination program. Military who work in the Global Hawk program at Beale collaborate with personnel at Creech AFB, a key killer drone base in Nevada, as well as with the CIA, as part of this expansive covert program. Thousands of civilians have been killed remotely by U.S. drones, including hundreds of children in Afghanistan, Iraq, Pakistan, Yemen, Somalia, Libya and elsewhere. Daniel Hale, a drone whistleblower, leaked military documents revealing that, at times, 90% of the victims of drone attacks are not the intended target. He is currently serving a 45 month sentence for exposing the criminal side of the U.S. drone program. To date, not a single U.S. official or drone operator has been held accountable for the many innocents killed by U.S. drone attacks. 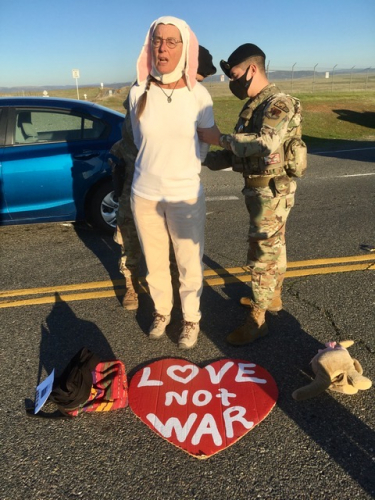 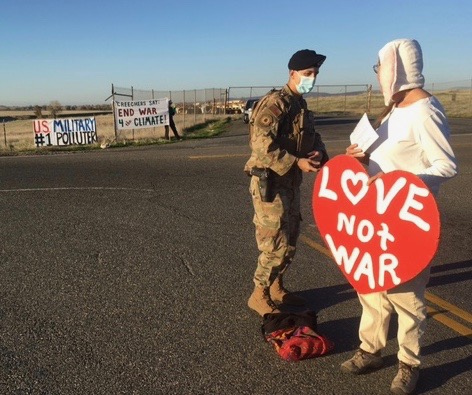 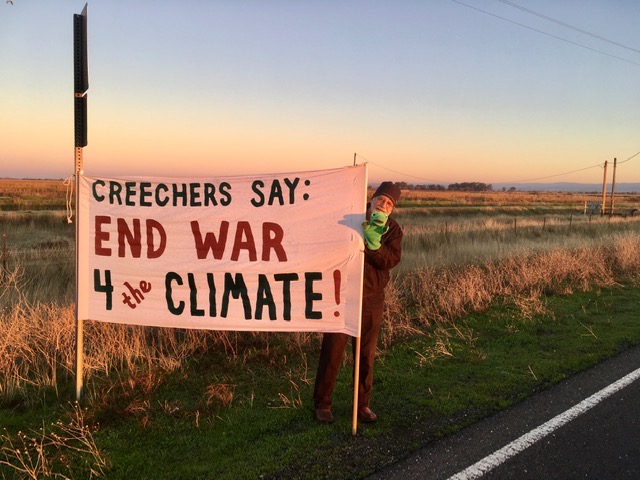 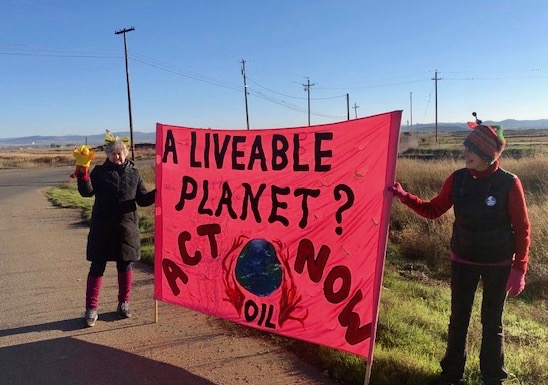 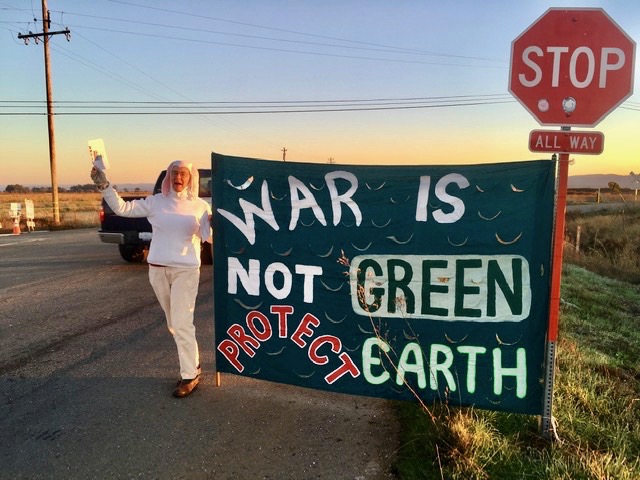 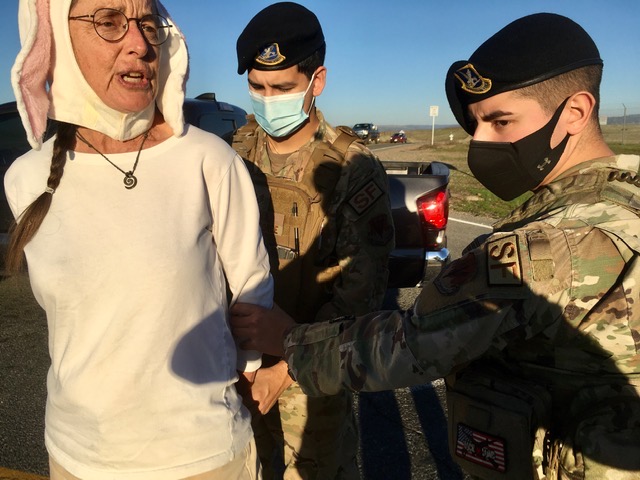 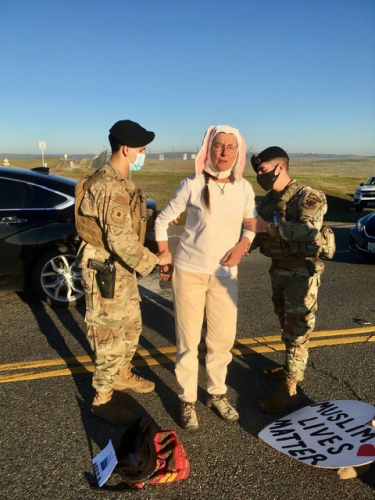 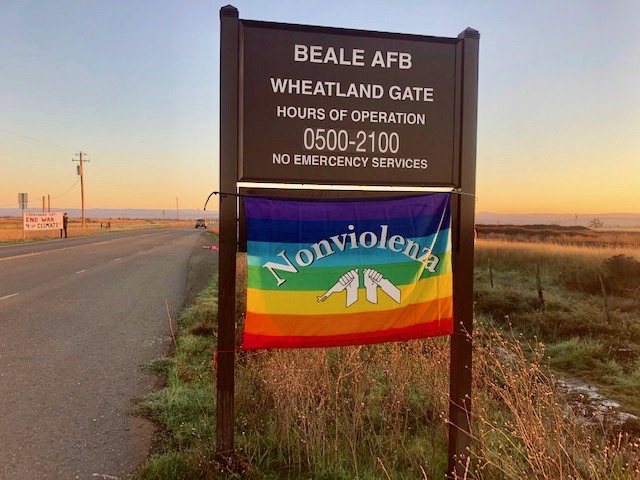