Add an Event
Newswire
Calendar
Features
Home
Donate
From the Open-Publishing Calendar
From the Open-Publishing Newswire
Indybay Feature
Related Categories: Santa Cruz Indymedia | Environment & Forest Defense | Health, Housing & Public Services
Big Money Behind Greenway's Effort to Block Passenger Rail in Santa Cruz County
by Santa Cruz News Group
Monday Nov 1st, 2021 6:18 PM
The 'Yes Greenway' campaign took $56,876.47 in contributions between July 26 and September 30, according to financial documents filed today, November 1 with the County of Santa Cruz (see attached PDF file). The 'Yes Greenway' campaign committee has been collecting signatures, and officially soliciting donations, since July of this year to put an initiative on the 2022 ballot that would block the establishment of clean, electric passenger rail service along the Coastal Rail Corridor in Santa Cruz County. Greenway has the potential to raise very large sums of money, having taken in over half a million dollars in contributions since the organization's founding in 2017. According to financial documents filed with the Internal Revenue Service (IRS), Santa Cruz County Greenway, Inc. took in $194,892.00 in 2017, and $305,698.00 in 2018 (see attached PDF files). 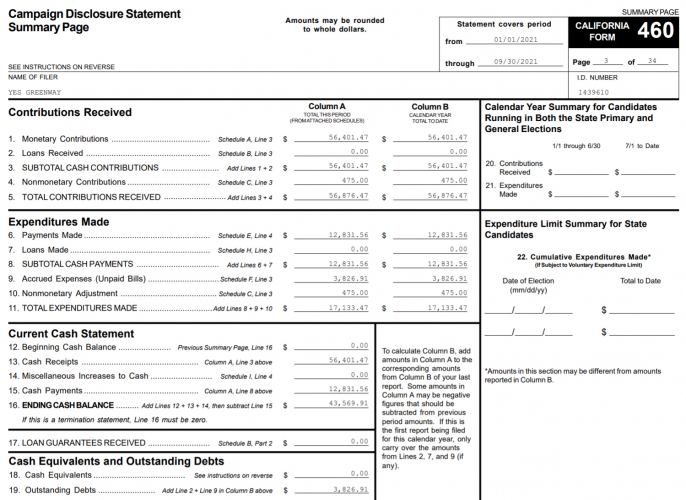 original image (1499x1091)
The Yes Greenway measure calls for the removal from Santa Cruz County's general plan all references to the establishment of passenger rail service, and the continued construction of the Rail Trail, in order to remove the train tracks in favor of a 'trail only' model. Multiple segments of the 'Rail Trail' have already been constructed, and are in use, in the cities of Santa Cruz and Watsonville (see attached photos). The Rail Trail plan preserves the existing train tracks, while adding a new bike and pedestrian trail along the edge of the rail corridor.

As a a 501(c)(4) 'dark money' organization, Santa Cruz County Greenway, Inc. is not required by law to disclose the identity of its donors. As a county campaign committee, however, Yes Greenway must disclose its top donors supporting the ballot initiative. 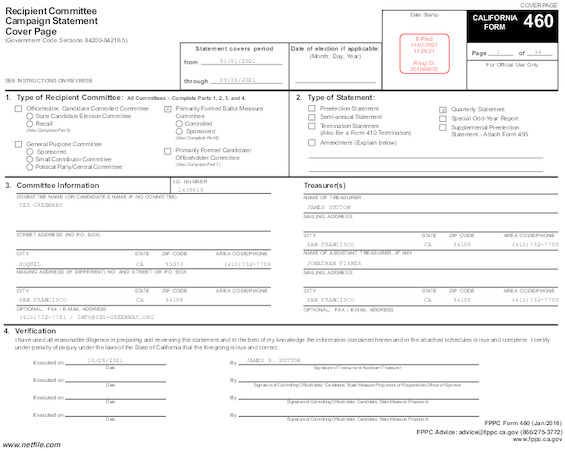 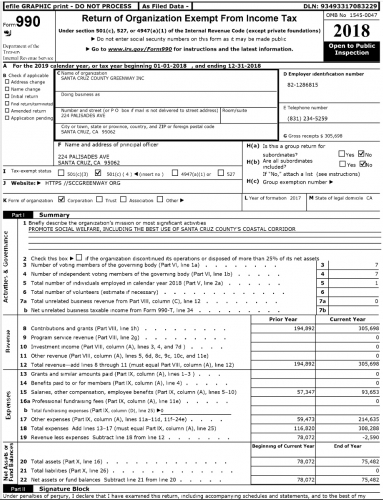 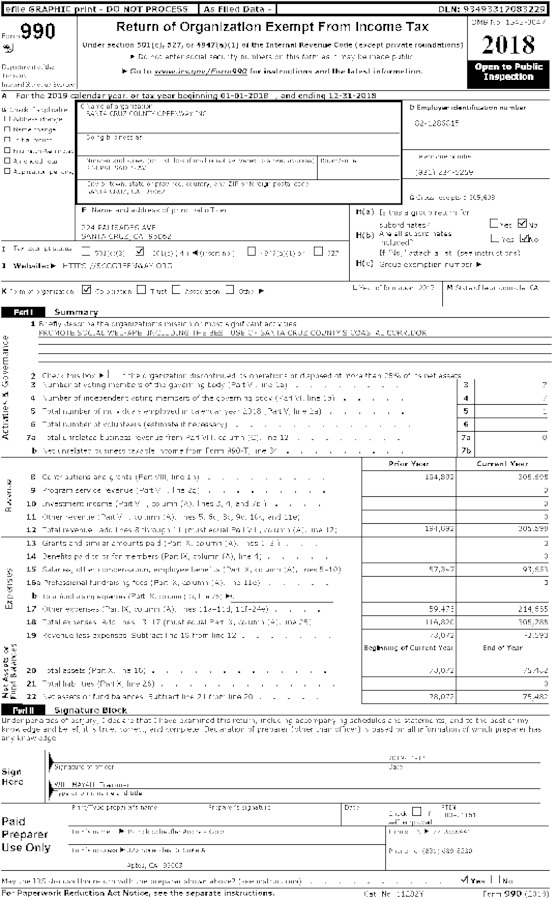 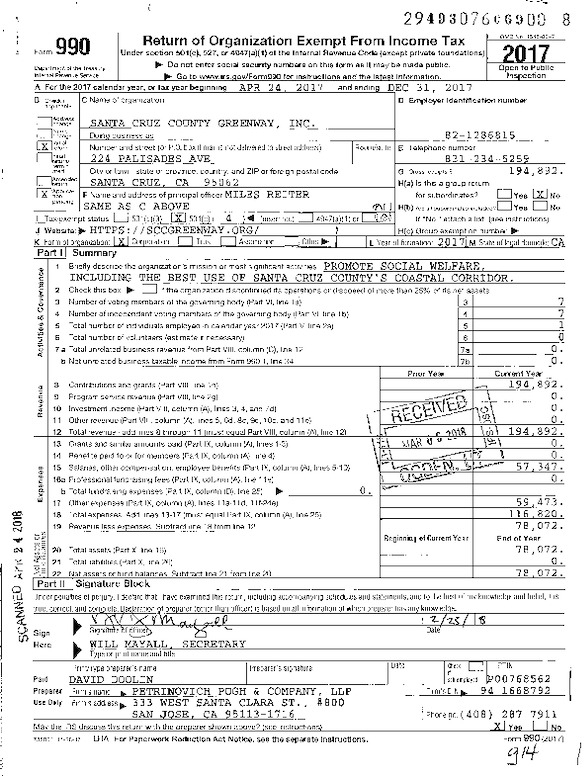 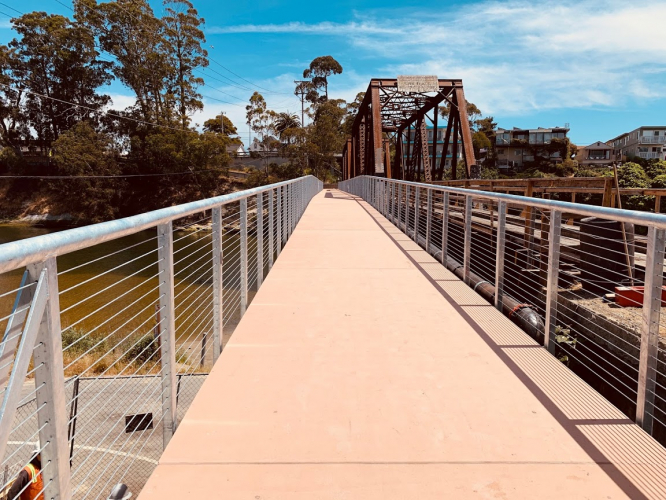 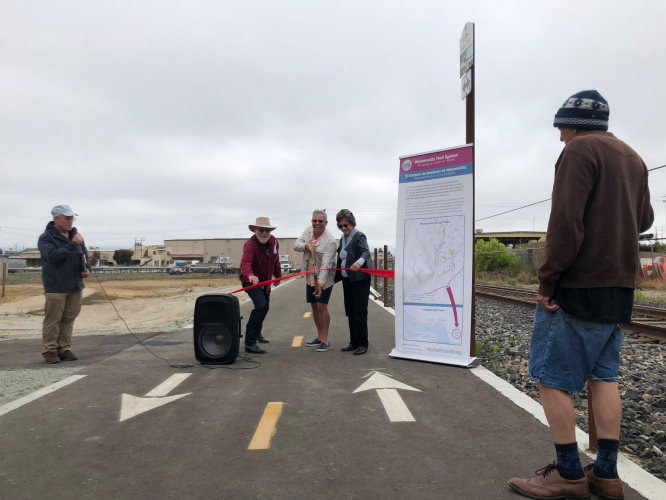 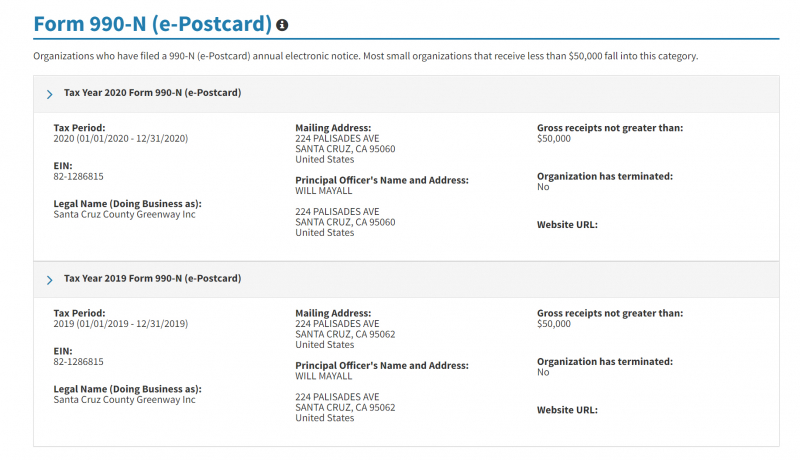 original image (1833x1055)
Greenway claims they have taken in less in contributions in the last two years. The organization reported taking in less than $50K each year for 2019 and 2020, which means by law they were only required to file a Form 990-N (e-Postcard) for those two years and not disclose the specific amount they took in.

This photo shows the only information available about Greenway from the IRS for 2019 and 2020.

IRS information about Greenway can be found by searching for "Santa Cruz County Greenway Inc" at: https://apps.irs.gov/app/eos/

Greenway's EIN is 82-1286815.
Add a Comment
Support Independent Media
We are 100% volunteer and depend on your participation to sustain our efforts!