by Labor Video Project
Healthcare workers, teachers, students and community activists protested against BlackRock in San Francisco because of their investments in fossil fuels. Many painted murals on the streets surrounding the $8 trillion hedge fund. 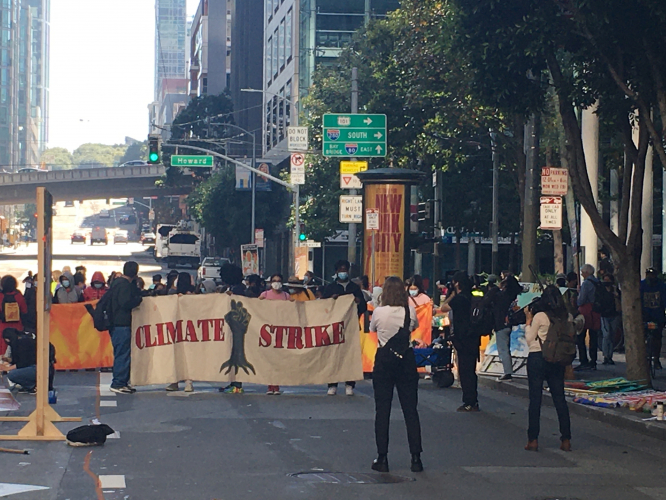 original image (4032x3024)
As part of a global protest on 10/29/21 against the destruction of the climate. a protest was held in front of BackRock in San Francisco. The action was held in conjunction with the meeting of the G20 climate meeting in Rome. Teachers, students and health workers talked about how the climate is effecting people and society. Also, the survivors of the Paradise fire which was caused by the private utility PG& E talked about how it had destroyed their lives and left 7,000 people homeless years after the fire. Participants also discussed the role of US imperialism and the wars around the world for oil and other natural resources that also threaten the climate. Many also discussed the role of the system of profits as the roots of the problem. The streets in front of BlackRock had been shut off by the police and the participants including children painted murals on the street as part of the protest. 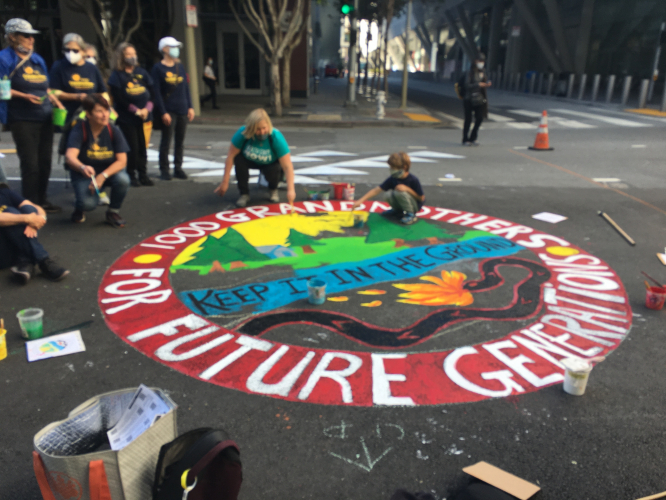 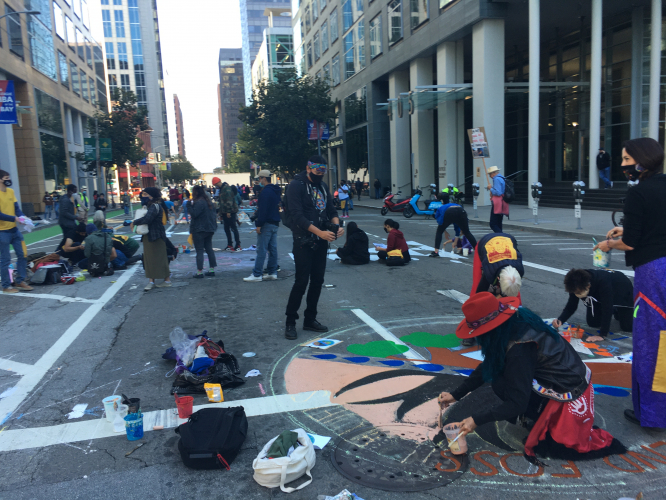 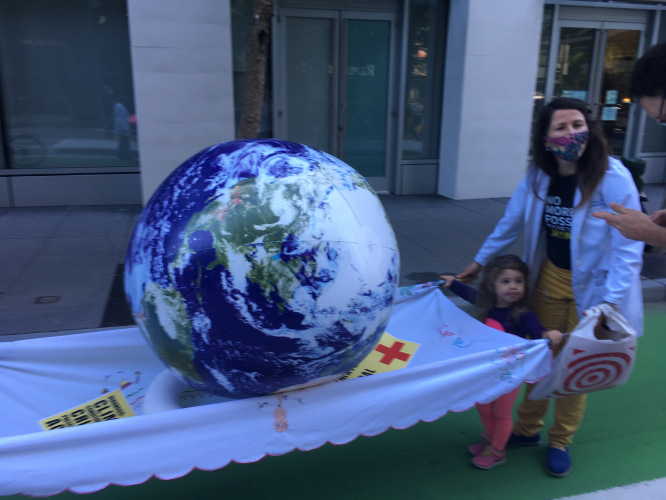 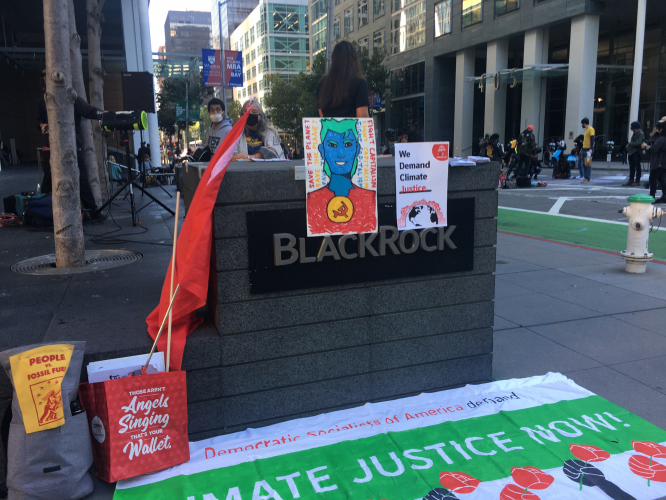 original image (4032x3024)
There were many placards and banners at the rally.
END_OF_DOCUMENT_TOKEN_TO_BE_REPLACED
§Climate Murals On TThe Street
by Labor Video Project 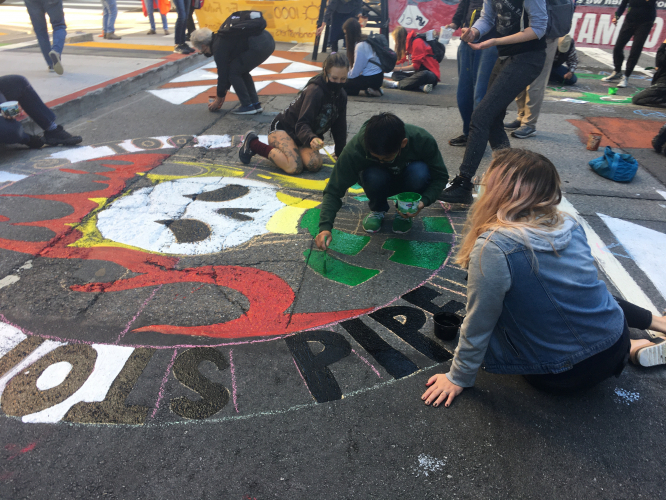 original image (4032x3024)
Participants had plans for each mural to be painted on the street.
END_OF_DOCUMENT_TOKEN_TO_BE_REPLACED
Add Your Comments
Comments (Hide Comments)
§Indigenous led www.stopdriving.org Global Warming Next Nov 11-15
by Zachary RunningWolf (occupytodecolonize [at] gmail.com)
Indigenous led 5 Day monthly Boycott of Personal Car use http://www.stopdriving.org (Next Nov 11-15) Global Warming as Shelter n Place has Dropped CO2 levels by 10 % from 415 (Most since Volcanic Age) ppm to 374 ppm & FALLING w/ SURVIVAL 350 (org) ppm We R Winning
END_OF_DOCUMENT_TOKEN_TO_BE_REPLACED
Add a Comment
Support Independent Media
We are 100% volunteer and depend on your participation to sustain our efforts!