Add an Event
Newswire
Calendar
Features
Home
Donate
From the Open-Publishing Calendar
From the Open-Publishing Newswire
Indybay Feature
Related Categories: Santa Cruz Indymedia | Government & Elections | Health, Housing & Public Services
Manu Koenig Sought Advice from FPPC Regarding His Condo's Close Proximity to Rail Line
by Linda Pierce
Sunday Oct 17th, 2021 4:25 PM
Santa Cruz County Supervisor Manu Koenig sought advice from the State of California Fair Political Practices Commission (FPPC) regarding a potential conflict of interest due to the close proximity of the condominium he owns to the Santa Cruz Branch Rail Line. A letter dated June 16, 2021 concerning the matter was sent to the supervisor's office by the FPPC's legal counsel (see photos and PDF file below). In the request for advice, it was stated that Koenig owns a condominium unit that is located within approximately 1,046 feet of the rail line property. The FPPC provided Koenig with the following conclusion: "To the extent that the decisions solely affect the clearly defined RTC rail corridor, these decisions would involve property more than 1,000 feet from your condominium and are thus presumed not to have a material financial effect on your real property interest. This presumption may be rebutted if clear and convincing evidence indicates the decision would have a substantial effect on your property. However, we caution that each decision must be reviewed on a case-bycase basis, and you should seek further assistance in the event that such decisions arise." 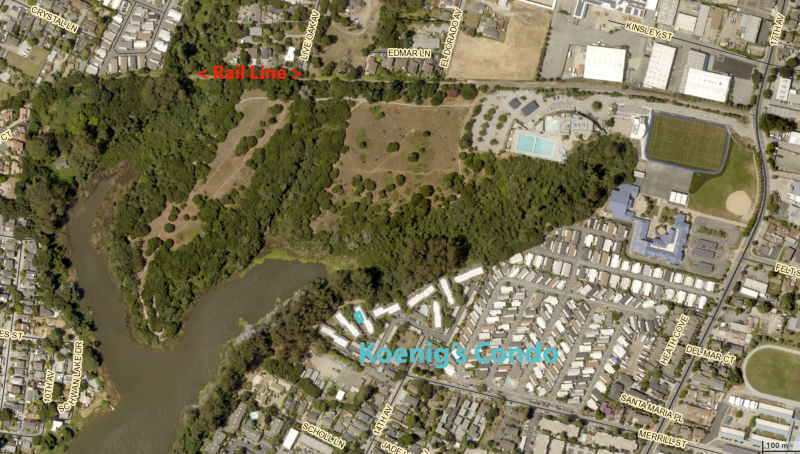 The Political Reform Act prohibits officials from participating in governmental decisions that have a material effect their financial interests. One rule established under the act is called the "500 foot rule," which states that a decision’s reasonably foreseeable effect on an official’s real property interest is material if it involves property located 500 feet or less from the property line of the parcel, and assumes that a governmental decision is not material if it involves property located 1,000 feet or more from the official’s property, unless there is clear and convincing evidence to the contrary.

Supervisor Koenig disclosed on Form 700 filings with the state that he owns a home with the parcel number of 02740120 (see PDF file below). The parcel number corresponds to unit #304 in the "Harbor Walk at Swan Lake" condominium complex at 755 14th Avenue in Santa Cruz. The Santa Cruz Branch Rail Line is located directly across Schwan Lagoon, and the surrounding open space, from the complex. The Santa Cruz County Tax Assessor's mapping system shows that Koenig's condominium is in the center of the development. The map shows that other units in the complex are closer to the rail line than Koenig's, but it isn't clear if the complex itself is less than 1000 feet from the corridor (see above photo).

Manu Koenig assumed office in January of 2021, after campaigning on a platform that centered a call for the removal of the train tracks from the Santa Cruz Branch Rail Line in order to replace them with a bike/pedestrian path. As a county supervisor, Koenig also assumed a position on the Santa Cruz County Regional Transportation Commission (RTC), the governmental body that oversees the rail corridor. Prior to Koenig's election, the RTC supported the re-establishment of rail service along the Santa Cruz County rail corridor. In March of 2021, Koenig became the swing vote that steered the RTC away from supporting rail. 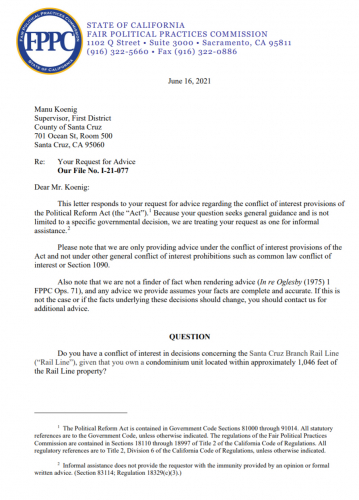 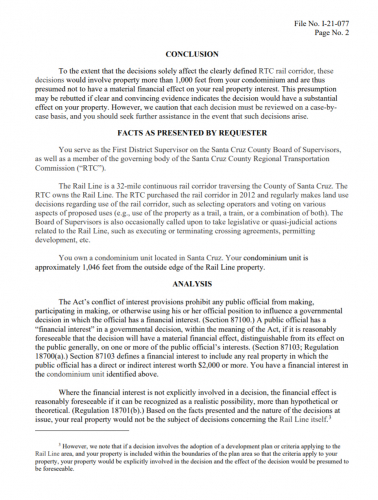 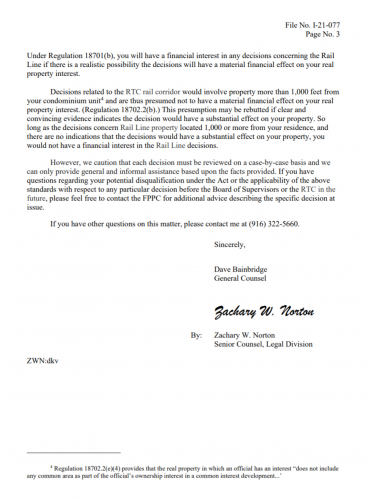 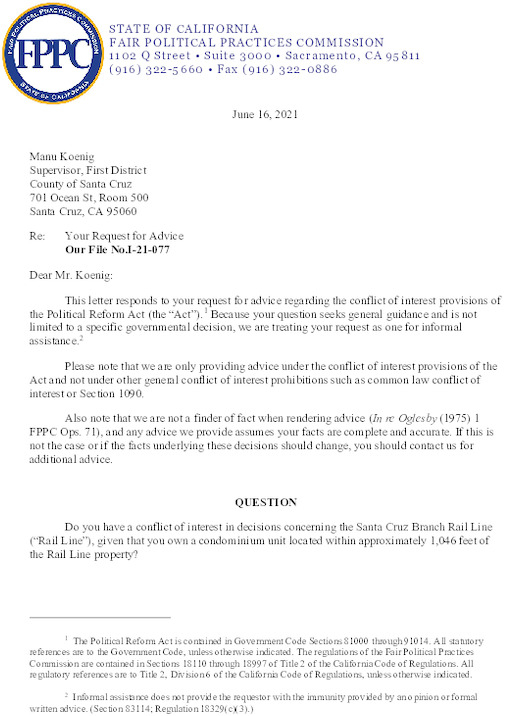 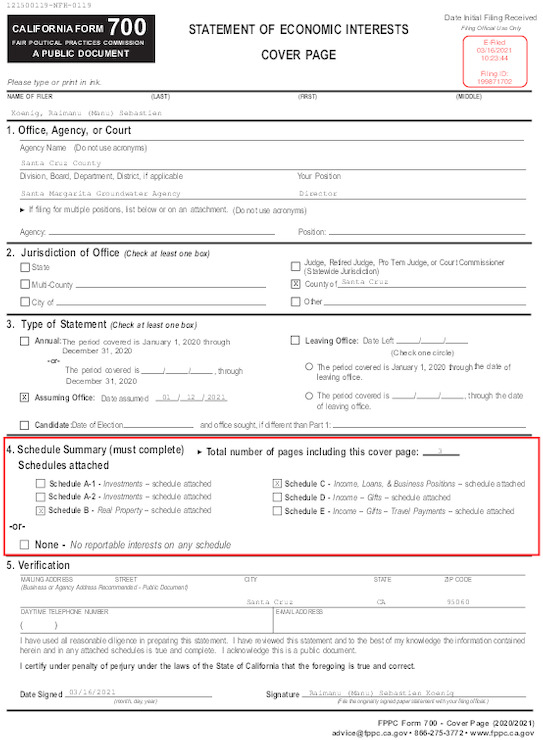 Download PDF (1.2MB)
Add Your Comments
Support Independent Media
We are 100% volunteer and depend on your participation to sustain our efforts!