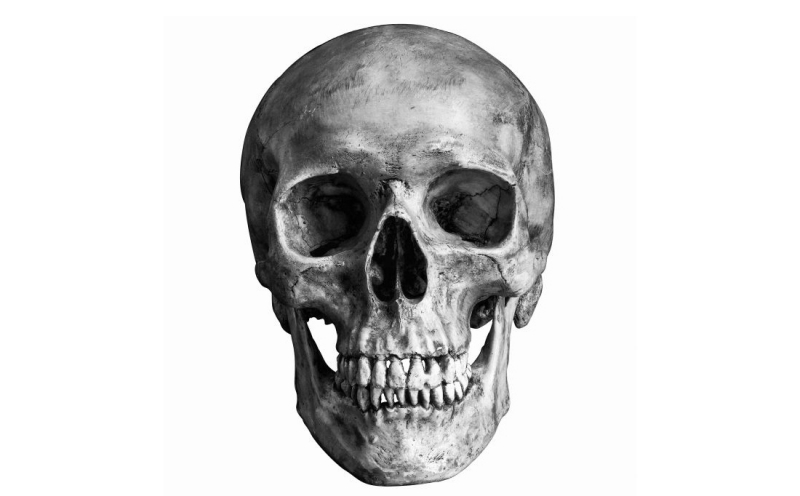 Even though court documents reveal that the Sackler family, Purdue Pharma, and McKinsey and Company are largely to blame for the on-going opioid epidemic overdoses, and mass murder of hundreds of thousands of loved ones across the nation, the Sackler family is getting off the hook with immunity, and are allowed to keep billions in ill gotten gains.

Additionally, Sackler’s associates at McKinsey and Company who came up with the scheme to “turbo Charge” the sale of Sackler’s and Purdue’s opioid drugs are getting off the hook without any jail time, and are also allowed to keep millions in ill gotten gains in the process.

Meanwhile, some of the doctors who made their fortunes during the opioid drug epidemic and are serving time, have landed in prison for illegally overprescribing Sackler’s/Purdue’s opioid drugs that were prescribed for uses that were unsafe, ineffective, and medically unnecessary, that were often diverted for uses that lacked a legitimate medical purpose, while the Sackler’s and McKinsey and Company executives escaped prison terms, and were allowed to keep their ill gotten gains.

That’s right, there is a conspiracy to shield the Sackler family opioid drug kingpins with immunity, as some of the doctors overprescribing Sackler’s/Purdue’s opioid drugs that were prescribed for uses that were unsafe, ineffective, and medically unnecessary, are sitting in prison.

Meanwhile, the Sackler family including Richard Sackler, Theresa Sackler, Kathe Sackler, Jonathan Sackler, Mortimer Sackler, Beverly Sackler, David Sackler, and Ilene Sackler, who were all named as defendants in suits filed by numerous states over their involvement in the opioid crisis, and their associates at McKinsey and Company are free as a bird, and living in luxury.

Indeed, because the outrageous activities of Judge Robert Drain allowed the Sackler family to receive a sweeping immunity plan in regards to their involvement in the opioid drug schemes and mass murder, while doctors who were overprescribing Sackler’s/Purdue’s opioid drugs are going to prison for lesser crimes, this paradoxical situation shines a light on the sentencing disparities in the opioid epidemic being created by bankruptcy Judge Robert Drain.

Doctors In Prison For Their Involvement In The Opioid Schemes:

Meet, Joseph Santiamo, of Staten Island, New York, who was sentenced to 57 months in prison for pleading guilty after being charged with conspiracy to distribute oxycodone, a controlled dangerous substance. According to the DEA on May 6, 2021, “Santiamo prescribed large quantities of oxycodone outside the ordinary course of professional practice and without a legitimate medical purpose. For some of his patients, there was no medical necessity for Santiamo to treat them with oxycodone, nor to prescribe the large quantities that he did. In addition, Santiamo solicited sexual favors from some of his younger patients in exchange for unlawful oxycodone prescriptions. These patients were all under the age of 40 at the time Santiamo provided them with prescriptions and thus would not typically be treated by a geriatric care physician like Santiamo. In some instances, Santiamo did this despite evidence that certain patients were abusing opioids.”

According to public records, Joseph Santiamo, register number 72885-050, age 66, is an inmate at FCI Fort Dix, a low security federal correctional institution with an adjacent minimum security satellite camp, and is scheduled to be released 06/29/2025.

Even though the Sackler’s who are the owners of Purdue Pharma, a pharmaceutical company whose main drug is oxycontin, it appears that the Sackler family is receiving immunity for their illegal drug activities, while they and their associates at McKinsey and Company are living the good life, and Joseph Santiamo will be doing time in prison for his activities during the next few years. This paradoxical situation shines light on some of the sentencing disparities in the opioid epidemic taking place.

And what about former Dr. Emmanuel Lambrakis, who was sentenced to 188 months in prison for conspiring to distribute medically unnecessary oxycodone unlawfully, according to the DOJ on August 26, 2021.

In a press lease, U.S. Attorney Audrey Strauss said: “Dr. Emmanuel Lambrakis wrote medically unnecessary prescriptions for thousands of oxycodone pills – an addictive and potentially fatal opiate.  Instead of abiding by his oath to ‘do no harm,’ Lambrakis pumped deadly drugs into the community.  Lambrakis put his own greed before his duties as a medical professional, and for that he will now spend a lengthy term in federal prison.”

At this point, Emmanuel Lambrakis, register number 44544-053, age 73, is not in BOP custody, and his release date is still unknown.

According to the LA Times, Dr. Hsiu-Ying (Lisa) Tseng was sentenced to 30 years to life in the joint (prison) for murder because three of her patients died from overdoses of drugs including oxycodone that she overprescribed as a doctor https://oag.ca.gov/system/files/attachments/press-docs/b270877opfpeople-v.tseng.pdf . Hsiu-Ying (Lisa) Tseng is an inmate at the California Institution for Women, CDRC number WF4177, age 51, eligible date for parole is 09/2033 https://inmatelocator.cdcr.ca.gov/Details.aspx?ID=WF4177 . Poster: https://da.lacounty.gov/sites/default/files/pdf/Opioid-02-Tseng.pdf .

When considering that Hsiu-Ying (Lisa) Tseng was sentenced to 30 years to life in the joint (prison) for murder because three of her patients died from overdoses of drugs including oxycodone that she overprescribed as a doctor, one can only wonder why members of the Sackler family are being granted immunity for their opioid overprescribing activities, and why the Sackler family and their associates at McKinsey, are not going to prison like Hsiu-Ying (Lisa) Tseng, Emmanuel Lambrakis, or Joseph Santiamo did. One can only wonder how many hundreds of thousands of people died because of the activities of the Sackler family and their associates at McKinsey and Company.

Additionally, reportedly in 2019, “On October 2, a federal judge in Abingdon, Virginia sentenced former doctor Joel Smithers to serve forty years in prison and pay a special assessment of $86,000 for opioid-related crimes. In May, a jury convicted Smithers of 859 counts of writing illegal prescriptions for Schedule II controlled substances. The jury also convicted him of one count of maintaining a place for the purpose of illegally distributing controlled substances and another count of possessing controlled substances with intent to distribute. Additionally, the jury held him responsible for causing the fatal overdose of a woman in West Virginia by prescribing her oxycodone and oxymorphone, two powerful and addictive opioids.”

According to public records, Joel A. Smithers, registered number 21919-084, age 38, has a release date of 06/07/2053, and is an inmate at FCI Manchester, a medium security federal correctional institution with an adjacent minimum security satellite camp, but you will not find any members of the Sackler family or executives from Purdue Pharma, or from McKinsey and Company as inmates, or as bunk mates alongside Joel Smithers, because they got off the hook thanks in part to the DOJ, according to reports.

Reportedly, according to Bio Med Central, “The annual number of criminal cases against physicians charged with opioid-related offenses reported in the US news media increased from 0 in 1995 to 42 in 2019. Of the 372 physician defendants in these criminal cases, 90.1% were male, 27.4% were 65 years and older, and 23.4% were charged in Florida. Of the 358 physician defendants with known clinical specialty, 245 (68.4%) practiced in internal medicine, family medicine, or pain management.”

Efforts To Avoid Being Charged With Opioid-Related Offenses:

To avoid leaving a paper trail, email records, or phone records in the effort to avoid criminal charges, on the advise of McKinsey, Purdue sent sales people directly to personally meet with doctors to offer incentives for overprescribing opioids to the patients, according to records; “McKinsey urged Purdue to train and incentivize its sales representatives to increase sales across the market for opioids, even if sales went to Purdue's competitors. This was intended to serve the Sackler family's goal of increasing the marketability of Purdue for potential mergers, but it had the effect of worsening the opioid crisis even beyond the portion of the crisis directly attributable to sales and use of OxyContin.

In the second half of 2013, McKinsey made recommendations to Purdue to increase OxyContin revenue, including “Turbocharging Purdue's Sales Engine.”

McKinsey's “Project Turbocharge” recommendations included revising the existing process for targeting high-prescribing physicians, with a shift from targeting solely on the basis of prescription deciles to considering additional factors. Based on its analysis, McKinsey told Purdue that “[t]here is significant opportunity to slow the decline of OxyContin by calling on more high-value physicians” and that “[t]he revenue upside from sales re-targeting and adherence could be up to $250 million.”

Also as part of the Project Turbocharge recommendations, McKinsey determined and advised Purdue that the top half of prescribing physicians “write on average 25 times more scripts per prescriber” than the lower half. McKinsey advised Purdue that visiting high-prescribing doctors many times per year increased sales,” according to public records.

Meanwhile, additional cases where doctors involved in the opioid epidemic who are sentenced to prison for overprescribing opioids for uses that were unsafe, ineffective, and medically unnecessary, also shines a bright light on some of the sentencing disparities in the opioid epidemic taking place, as the Sackler family is receiving immunity for their illegal opioid drug activities, while they and their associates at McKinsey and Company are still living the good life outside of prison.

According to public records about Purdue Pharma, owned by the Sackler family, “In 2007, Purdue Pharma, L.P (“Purdue) pleaded guilty to criminal misbranding in connection with its misleading marketing campaign for OxyContin. That campaign had turned OxyContin, an addictive drug similar to heroin, into a blockbuster drug to which millions of Americans would become addicted. After the guilty plea, McKinsey worked closely with Purdue to further dramatically increase OxyContin sales to the benefit of McKinsey, Purdue, and the Sackler family, the wealthy family that has owned and operated Purdue for decades. McKinsey specifically sought to “supercharge” OxyContin sales by evading the requirements of a “Corporate Integrity Agreement” that Purdue entered as part of its guilty plea.”

Effort To Learn Why The DOJ Did Not Seek Criminal Charges:

In an effort to find out why the DOJ did not seek criminal charges as was recommended by prosecutors against the Sackler family and Purdue executives for their opioid drug activities leading to the deaths of hundreds of thousands of loved ones from opioid drug overdoses? A June 12, 2018, letter from the Committee On Oversight and Government Reform, to then Attorney General Jeff Sessions, demanded access to all documents, including internal and external communications, relating to the decision to settle the cases against Purdue executives instead of pursuing charges as recommended by prosecutors, but reportedly the DOJ ignored the request.

Meanwhile, the Sackler family including Richard Sackler, Theresa Sackler, Kathe Sackler, Jonathan Sackler, Mortimer Sackler, Beverly Sackler, David Sackler, and Ilene Sackler, who were all named as defendants in suits filed by numerous states over their involvement in the opioid crisis, including their associates at McKinsey and Company, are free as a bird, and living in luxury, while doctors are going to prison for doing precisely what the Sacklers, Purdue Pharma, and McKinsey and Company wanted them to do.