Oakland, CA — Over 500 Bay Area residents successfully mobilized to the Port of Oakland to participate in #BlockTheBoat, a campaign led by the Arab Resource & Organizing Center (AROC) to prevent Israeli owned and -operated cargo ships from being worked and unloaded in the Bay Area. AROC and the broader community claimed victory after four hours of picketing when dockworkers with the International Longshore and Warehouse Union (ILWU) Local 10 honored the picket and did not unload the Volans, a vessel operated by Israeli shipping company ZIM. The terminal operated by TraPac is shut down until the evening shifts. The Volans is still docked with all its Oakland-bound cargo on board.

AROC is now calling on communities to mobilize once again to the port at 4PM today to continue picketing the Volans.


"Once again, we have demonstrated that the Bay Area, workers and all social justice movements support the Palestinian struggle for freedom, and that there will be a high price for all companies who do business that profits the apartheid state of Israel," said Lara Kiswani, Executive Director of AROC. Today's victory is a win for the international movement to boycott, divest and sanction the apartheid state of Israel."


The success of the pro-Palestinian #BlockTheBoat protest this morning means that the Israeli ZIM company has not been able to unload cargo from its ships at the Port of Oakland since it was similarly blocked in 2014.

Following the Arab Resource & Organizing Center's (AROC) call for community pickets of ZIM that kicked off the 2021 #BlocktheBoat campaign, the ZIM-operated Volans was delayed in docking in Oakland for 16 days after it was originally scheduled into port on May 19th. In the weeks before the mobilization, thousands signed up to answer the call to action at the Port of Oakland in solidarity with Palestine and the international Boycott, Divestment, & Sanctions (BDS) movement.

Zim Integrated Shipping Services Ltd (ZIM) is Israel's largest cargo shipping company, often dealing in Israeli manufactured military technology, armaments and logistics equipment. AROC first called on communities to block ZIM-operated ships in the U.S. in 2014. With the support of rank-and-file workers in the International Longshore and Warehouse Union Local 10, the AROC-led Block the Boat coalition successfully mobilized thousands to prevent the unloading of ZIM-operated vessels in the Port of Oakland. In a massive victory for advocates of BDS and Palestinian human rights, no ZIM-operated vessel had docked in the Port of Oakland since 2014, and many similar actions around the world have sprung up in the intervening years. The Volans is ZIM's first attempt to return to Oakland since 2014, on its new Central China E-Commerce Xpress Line. In the days before the mobilization, ZIM removed Oakland from its online schedule for this line.

This mobilization comes as communities in numerous cities have joined AROC's call for an international week of action from June 2nd - June 9th to protest ZIM and picket its ships everywhere. Activists in Los Angeles, Seattle, Houston, New York, Detroit, Philadelphia, and Vancouver have planned protests and community pickets, while actions in Italy, Greece, and South Africa are also set to take place. Social justice organizations in port cities are tasked with amplifying the #BlockTheBoat campaign's success in Oakland by organizing community pickets to prevent ZIM ships from being worked and unloaded anywhere.

These actions against ZIM follow a call from labor unions in Palestine (pdf) calling on workers and communities worldwide to boycott Israeli companies. On May 25th, the 10 unions representing Bay Area port workers, the International Longshore and Warehouse Union (ILWU) Northern California District Council released a statement (pdf) 'in solidarity with Palestine and Palestinian communities across the world who are fighting for justice.' #BlocktheBoat has received over 100 endorsements from labor unions, faith, and community organizations around the world, including the anti-apartheid Congress of South African Trade Unions (COSATU), the largest federation of trade unions in South Africa, representing 1.8 million people.


"An injury to one is an injury to all. Just as ILWU Local 10 workers refused to unload cargo from apartheid South Africa in the 1980s, we honored community pickets asking us not to unload cargo from Israeli ZIM vessels in 2014." said Jimmy Salamy, a Palestinian rank-and-file worker with the ILWU Local 10.* "Just this month, dockworkers in Durban, South Africa and Italy have also refused to unload Israeli ZIM vessels. Rank-and-file members of ILWU Local 10 stands against Israeli apartheid and with our brothers and sisters in Palestine." 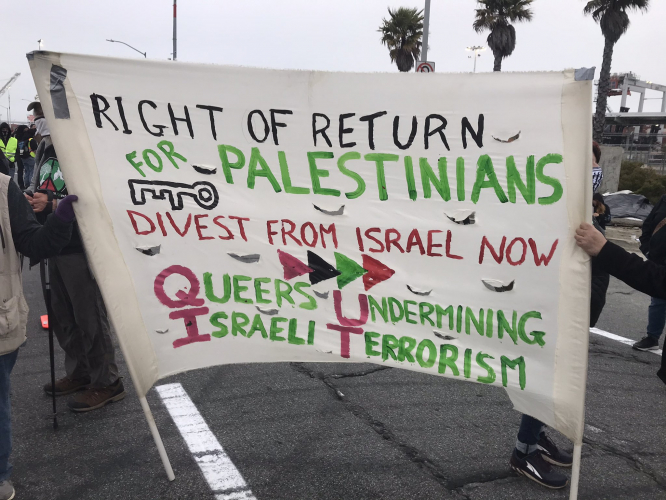 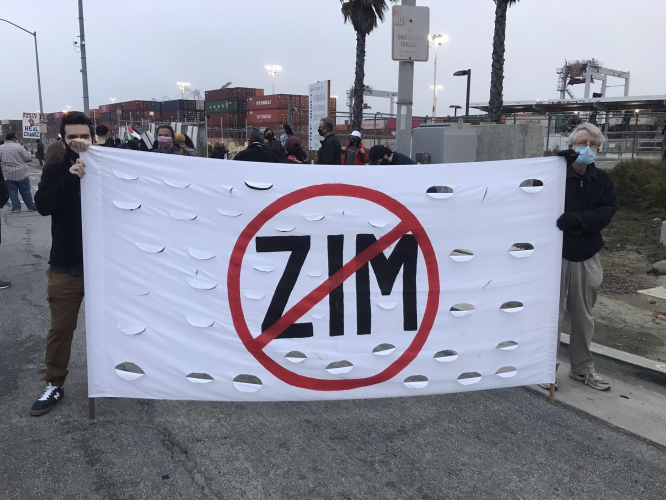 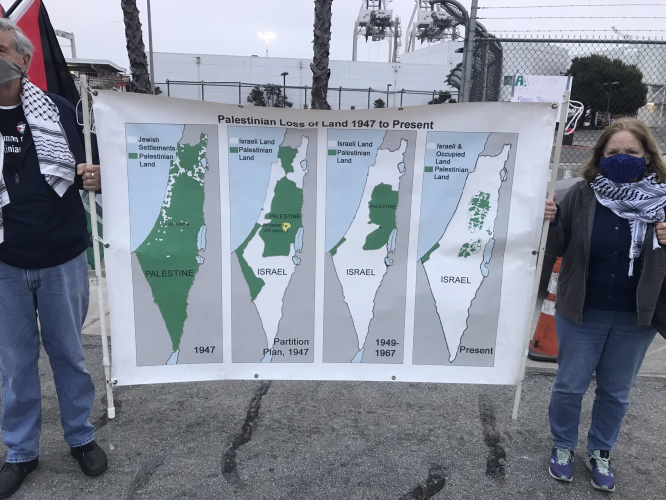 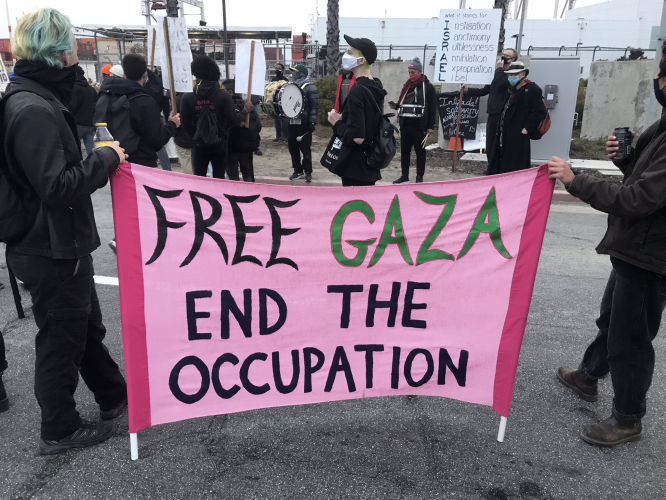 original image (2048x1536)
http://araborganizing.org/category/block-t...
Add Your Comments
Support Independent Media
We are 100% volunteer and depend on your participation to sustain our efforts!