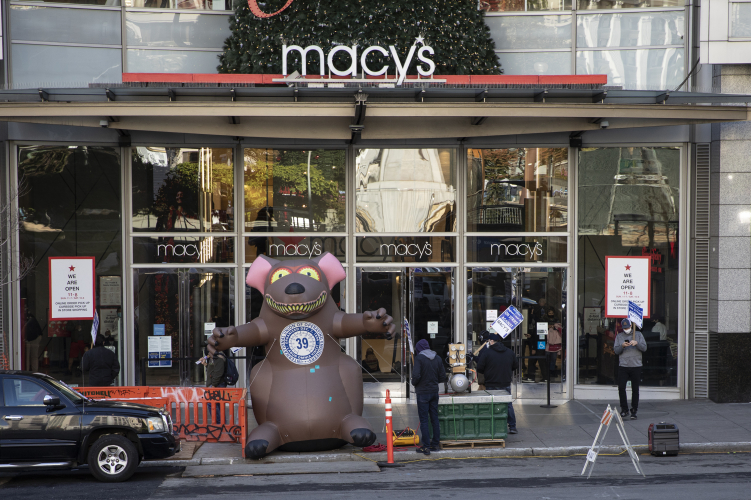 Abolish ICE demonstrators joined the IUOE Local 39 stationary engineers, who have been on strike, in front of Macy's in San Francisco shortly after this photo was shot on Nov 14.

The march went past Macy's iconic giant Xmas tree which, in an urgent attempt to inspire holiday spending despite the pandemic, went up before Thanksgiving. This writer remembers a time when that was considered by the general public to be way too early to promote consumer spending.

Macy's executives receive million dollar bonuses, a reward for laying off thousands of workers. For more information about the strike see link here.
https://www.indybay.org/newsitems/2020/09/...
Add Your Comments
Support Independent Media
We are 100% volunteer and depend on your participation to sustain our efforts!