by What Happened to Free Speech?
Last week Trump supporters held a rally on the Golden Gate Bridge. At that event, police were seen fist bumping with Trumpers. Fast forward to Labor Day and a workers' rights and Black Lives Matter protest at the same location. Protesters were greeted with a show of force by the California Highway Patrol inordinate to the number of demonstrators who were there for the cause of justice. 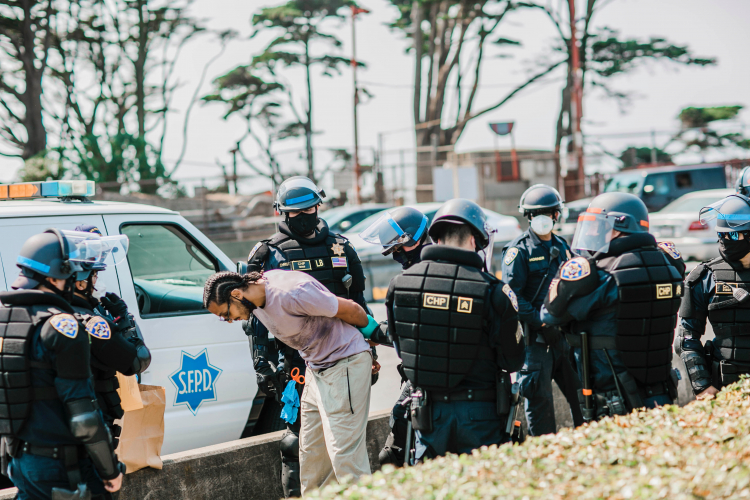 Labor Day is traditionally a day to honor the American labor movement. Yesterday, activists added to that message support for the Black Lives Matter Movement and took their bodies and voices to protest on the Golden Gate Bridge, but the group was not initially allowed to cross. Why not after the glorious fist bumping welcome last week for Trump supporters on the same bridge?

When demonstrators arrived CHP was already stationed down the bridge span, and was seen putting on body armor and getting out beanbag guns. One commenter said, "This show of force for such a small crowd is ridiculous."

Eventually, demonstrators were allowed to cross but CHP said they wanted to make sure that no one hopped the fence from the pedestrian walkway into traffic lanes. So they filled up the lanes themselves and passed judgement on who was "good" and who was "bad."

A protest organizer said that the only person who jumped into traffic was a white person on a bicycle who was not a participant in the demonstration. When police let that person proceed, protesters shouted “white privilege” at the bike rider.

In a clear example of police prejudice, at least two protesters were arrested. One was grabbed up after shouting at police, which organizers said is in clear violation of free speech rules. Another, Lyssa Ray, was arrested, seemingly for yelling. She is in SF County jail and won’t be arraigned until 1:30pm today. She has two small children. 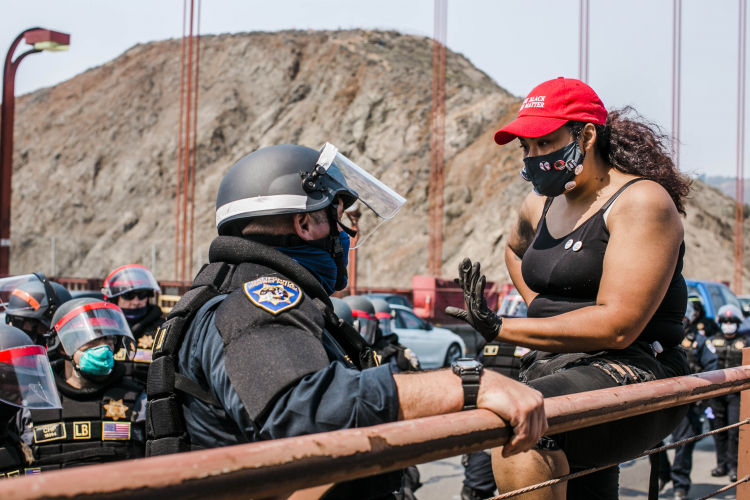 original image (3960x2640)
Charges? She is in custody as of this writing.
§Compare with bicyclist's white privilege
by What Happened to Free Speech? 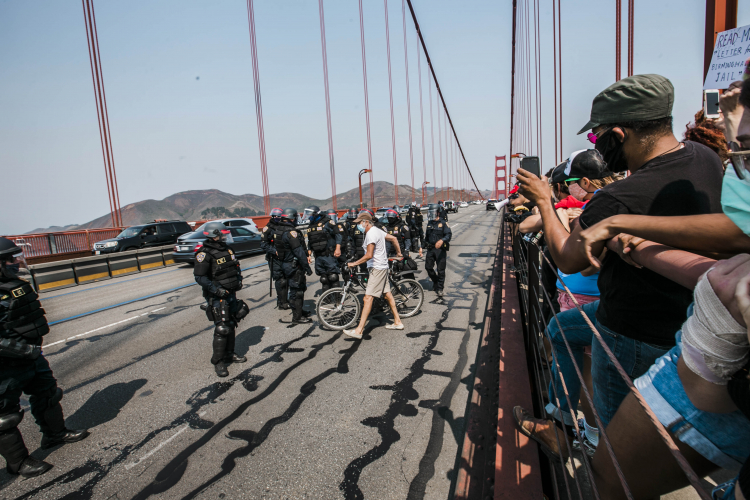 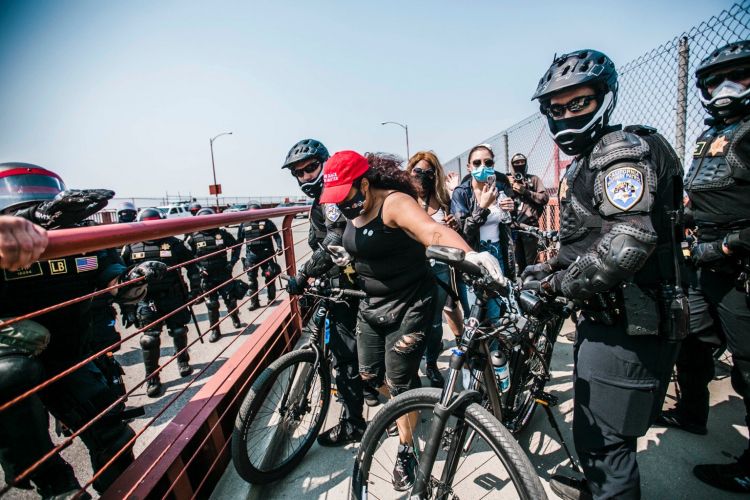 original image (1536x1024)
Add Your Comments
Latest Comments
Listed below are the latest comments about this post.
These comments are submitted anonymously by website visitors.
TITLE
AUTHOR
DATE
Re: Class Comes Before Color
Wall of Many
Class Comes Before Color
Class Struggle is Primary
Arrest: Disturbing the Peace by Offensive Language
More Info
CHP didn't don riot gear and make arrests for MAGA
ftp
Support Independent Media
We are 100% volunteer and depend on your participation to sustain our efforts!