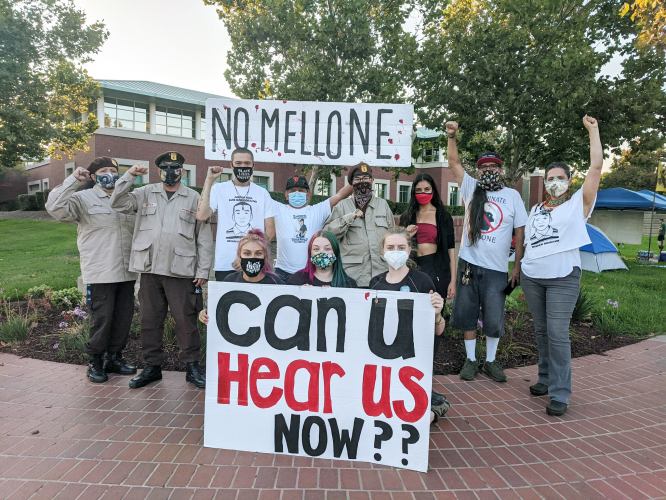 Despite ongoing protests, an ongoing Change.org petition signed by thousands, hundreds of public comments sent in to City Council meetings, protests and an occupation of City Hall by several dozen citizens, the Mayor, the Chief of Antioch Police, and council members have neither acknowledged nor taken action to address protesters’ demands. At its end, the young people of Antioch feel forced to take this serious action in order to be heard. They are known as the 6 forced to strike.

Maria Brown said “We will be participating in our hunger strike until we are heard and our demands are met!”

“The City of Antioch cannot continue to ignore our right to shape our future. We demand a better future based on racial equality,” said Lacey Brown.

The 6 forced to strike demand the following:

1. The immediate termination of Officer Michael Mellone from Antioch Police Department for his known record of illegally using lethal force in the killing of Luis Góngora Pat in San Francisco, and new surfacing allegations of abuse of force in Antioch;

2. The immediate resignation of Steve Aiello as President of Antioch Police Officers’ Association for promoting violence against peaceful protesters;

3. The integration of community representatives as equal participants (unaffiliated with the City of Antioch & its government) to the “Bridging the Gap” forum during which a third-party facilitator will be assisting a discussion on racial injustice and police community relationships.

We demand also that the next forum meeting happen within the following 30 days and be publicly announced through the appropriate outlets to maximize attendance.

Michael James supported the Frisco Five in their hunger strike in San Francisco following the police killing of Luis Góngora Pat, a Mayan Yucatecan family man, on April 7, 2016 by then San Francisco Police Officer Michael Mellone and Sgt. Nate Steger. A long time supporter of Justice for Luis, now the executive director of East Bay Resistance, James said, “I feel it is my duty to keep demanding accountability for Luis’s murder, and keep our East Bay communities safe from cops who bounce from department to department in the Bay Area to avoid justice.”

Ofc. Mellone is known to have moved back and forth, at least 7 times, between police departments in Oakland, Richmond, Antioch and San Francisco since 2002, with prior complaints of excessive use of force from a prior period of employment in Antioch. This year it became known that Ofc. Mellone left the San Francisco Police Department on August 18th—a day before SFPD’s Internal Affairs was set to hand down a historic suspension for violating almost every SFPD rule in the book when he fired two different lethal weapons that resulted in the killing of Luis Góngora Pat—and began working days later with the Antioch Police Department.

According to San Francisco D.A. Boudin “...the timing makes very clear that the resignation was aimed at and was effective at avoiding accountability.”

José Góngora Pat, said, “I am... my entire family is... profoundly moved that the youth of Antioch continue to demand accountability from the killer of my brother Luis.”

Adriana Camarena, a spokesperson for Justice for Luis, added, “We are saddened that the City of Antioch has ignored the demands of the young people of Antioch to the point that they feel the need to put their health at risk in order to be heard. Nothing is more important to us than their health and well-being, but we understand their struggle, because it is our struggle too to end police brutality and impunity.”

The 6Forced2Strike recently learned first hand of new allegations of excessive use of force by Ofc. Mellone since he was rehired by APD. These allegations are made by two men of color, one who was homeless during the time of his encounter with Mellone. For his safety, until legal counsel has been obtained, he wishes that his name and specific details about his violent encounter with Ofc. Mellone remains private as he fears retaliation by the APD.

If you’re able, please help us have the opportunity to remain dedicated to this cause as long as it takes. Our families will still experience expenses in our absences, and we don’t want to have to end our strike due to financial need. Any amount is sincerely appreciated and makes a world of difference.

Signed sincerely and with hope for a better future,
The 6Forced2Strike 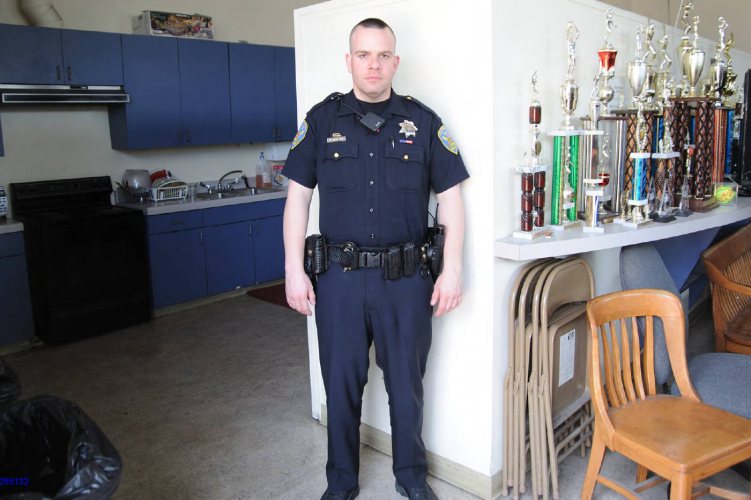 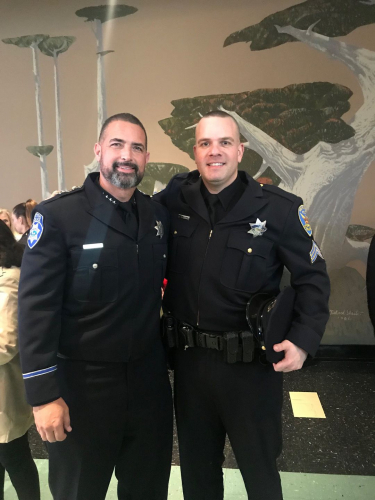 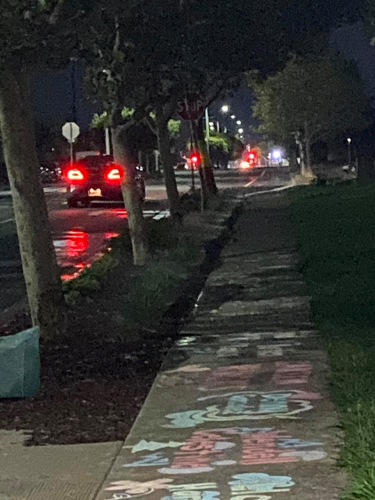 original image (1536x2048)
I can’t believe what just happened at approximately 12am tonight, as we all were just sitting in front of APD, three unidentifiable cars came racing towards us out of nowhere....they were going almost 70 mph and we all ran in separate directions in panic to get to safety. (Literally skidding around the corners) But then the three cars made a VERY sharp turn after they came towards us.....I and the other hunger strikers were shaken and still are! We all thought they were going to plow at us with their cars around our campsite...
https://www.facebook.com/hungerstrikeantioch/
§Hunger Strikers Demand Police Accountability in Antioch
by Support the Strikers!
Sunday Sep 6th, 2020 3:32 PM 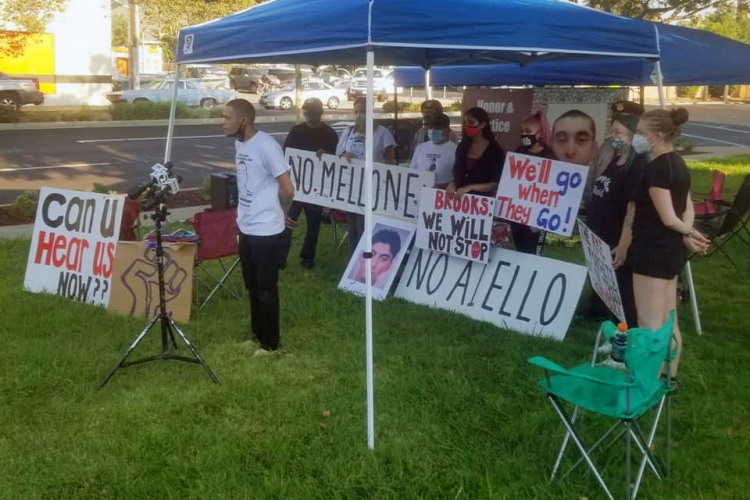 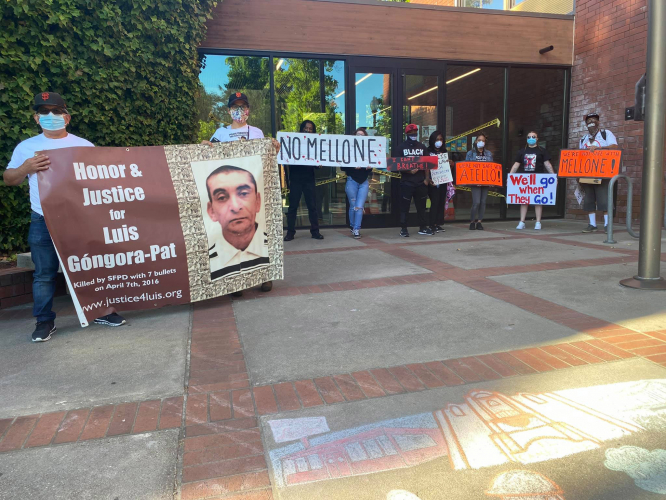 Luis Góngora-Pat was a 45-year-old indigenous Mayan Mexican, an immigrant worker, and a family man who for a decade and a half supported his wife and three children in the small town of Teabo in southern Mexico by sending remittances from his dishwasher and line cook earnings.

The Death of Luís Góngora-Pat, Killed by SFPD
https://www.indybay.org/newsitems/2017/04/05/18798027.php
Add Your Comments
Support Independent Media
We are 100% volunteer and depend on your participation to sustain our efforts!