Add an Event
Newswire
Calendar
Features
Home
Donate
From the Open-Publishing Calendar
From the Open-Publishing Newswire
Indybay Feature
Related Categories: California | East Bay | Santa Cruz Indymedia | Police State & Prisons
Federal Criminal Complaint Links Attack on SC Sheriffs, Oakland Security Officers to Boogaloo Movement
by Fred
Tuesday Jun 16th, 2020 3:07 PM
U.S. Air Force Sergeant Steven Carrillo has been charged federally with murder and multiple other counts in connection to the attacks on Santa Cruz Sheriff's deputies in Ben Lomond on June 6, as well as the attacks on federal security officers outside the federal building in Oakland on May 29. The attacks on law enforcement officers left two dead and three injured in total. Evidence in the federal criminal complaint links Carrillo, a right-wing libertarian extremist, to the Boogaloo movement. Also charged is Millbrae resident Robert Alvin Justus Jr. for aiding and abetting in the murder of the federal officer. Photo: The patch found on a vest belonging to Steven Carrillo contains symbols associated with the Boogaloo movement. 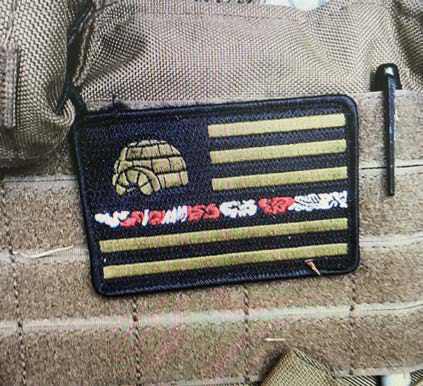 From the federal criminal complaint against Steven Carrillo, complainant Brett Woolard, Special Agent with the Federal Bureau of Investigation wrote:

"When law enforcement personnel searched the 1997 van, they also located a ballistic vest. The vest had a patch on it, which is shown in the photograph below. I am informed that the symbols on the patch, including an igloo and a Hawaiian-style print, are associated with the “Boogaloo” movement."

"Carrillo appears to have used his own blood to write various phrases on the hood of the Toyota Camry that he carjacked. Based on my review of the photograph, I recognize the following words and phrases: “BOOG,” “I became unreasonable,” and “stop the duopoly.”

"Based on my experience and information I have learned in the course of this investigation, I believe that “Boogaloo” is a term used by extremists to reference a violent uprising or impending civil war in the United States. I am aware that the Boogaloo movement is not a defined group, and I believe that, in general, followers of the Boogaloo ideology may identify as militia and share a narrative of inciting a violent uprising against perceived government tyranny." 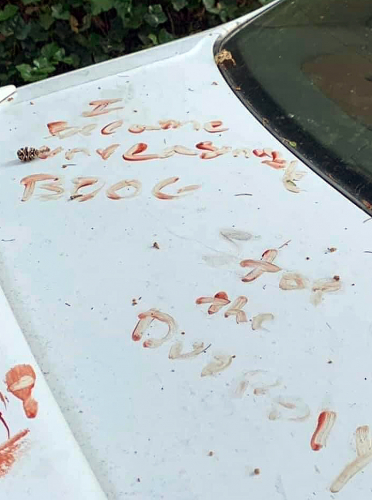 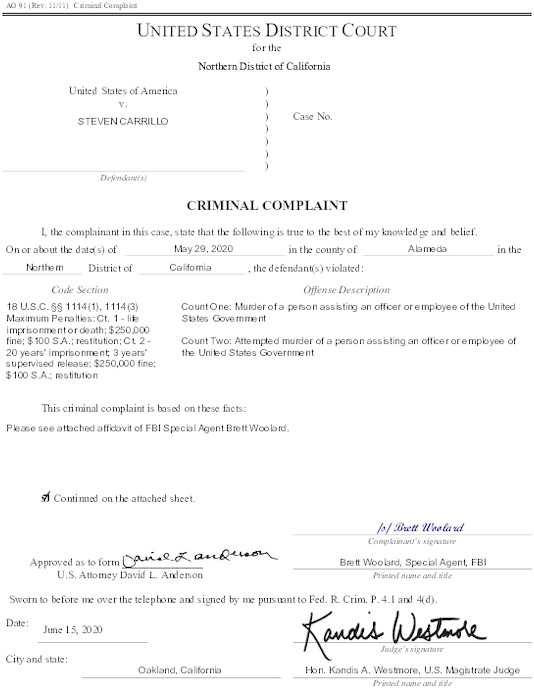 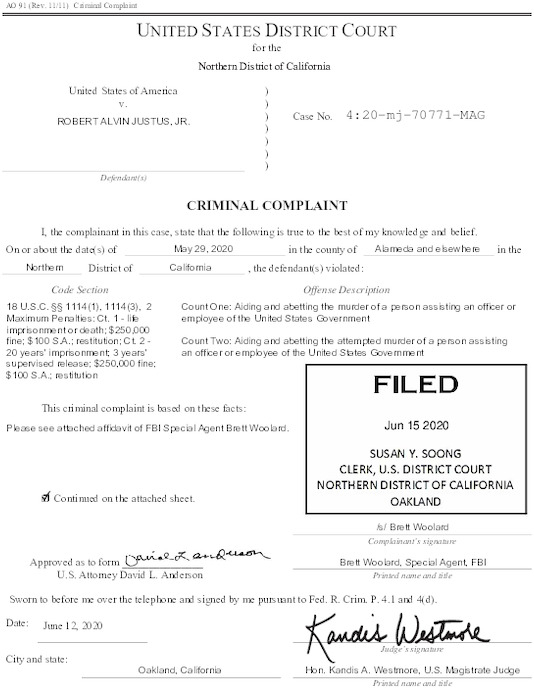 Download PDF (897.7KB)
Add Your Comments
Support Independent Media
We are 100% volunteer and depend on your participation to sustain our efforts!