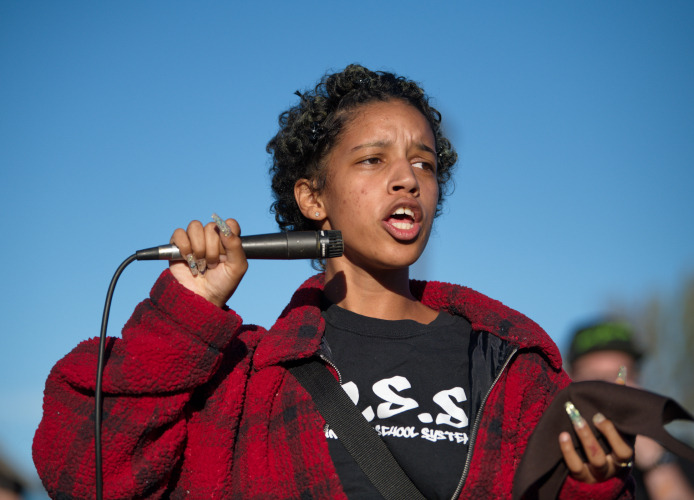 The imagery of the murder of George Floyd has exposed the fatal flaw that almost destroyed the nation 160 years ago and that, as now we see, still might. Casually, with his hand in his pocket and helped by his colleagues, the video showed police officer Chauvin as he set about the chore of suffocating George Floyd. He could have been washing his car.

But it ignited the country. Police departments, as constituted in the US and much of the world, have been exposed, by their very nature, as corrosive to society.

It is in this context that thousands of Oakland's young people marched up Fruitvale avenue to the lovely neighborhood where Oakland Mayor Libby Schaaf lives. They demonstrated to demand that police be removed from Oakland's schools. They held a vigil where speakers denounced the millions spent on police and demanded that the money go instead to real human needs.

A large flatbed truck holding a sound stage, followed by over a thousand shouting people, followed by a car caravan, wound its way up Fruitvale Avenue. There were carts and a couple of cars offering free water, snacks, and even first aid assistance for the somwhat demanding trek.

After the vigil, candles symbolizing police murders were left by the Mayor's house. They were unlit to avoid accusations of arson, as has happened before.

The march was peaceful, though police blocking freeway ramps received the benefit of some vigorous feedback from those they claim to protect and serve. 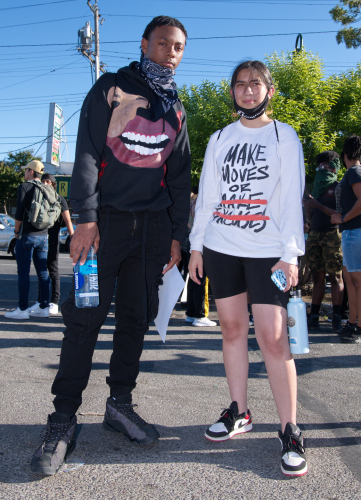 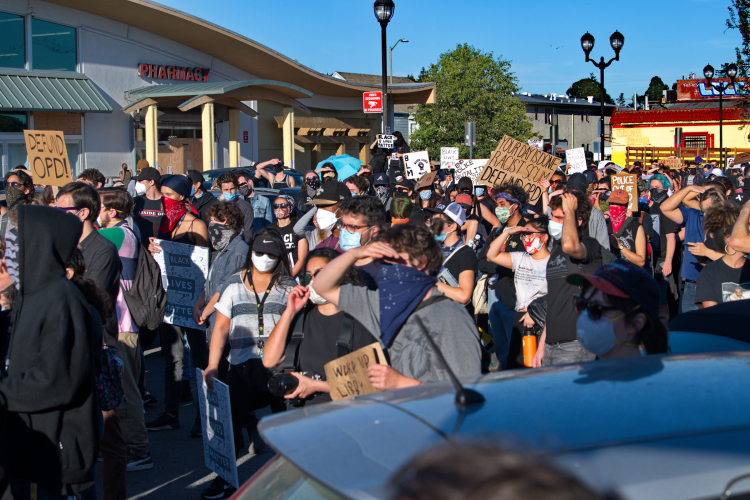 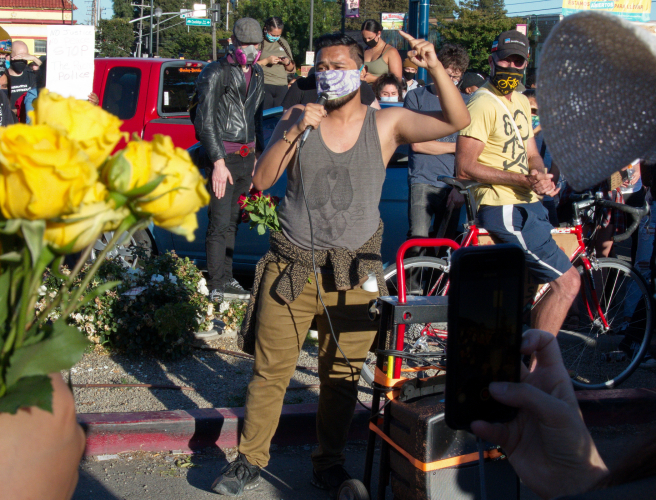 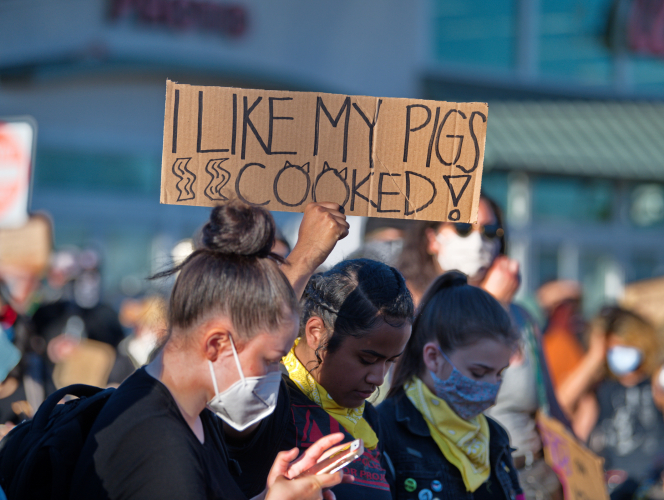 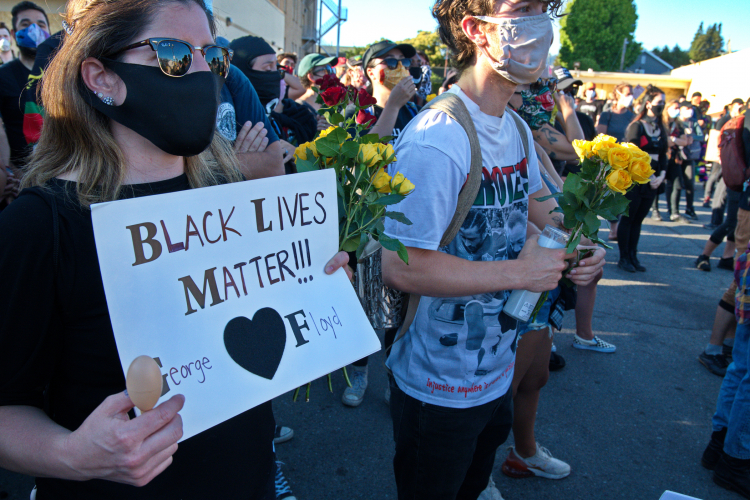 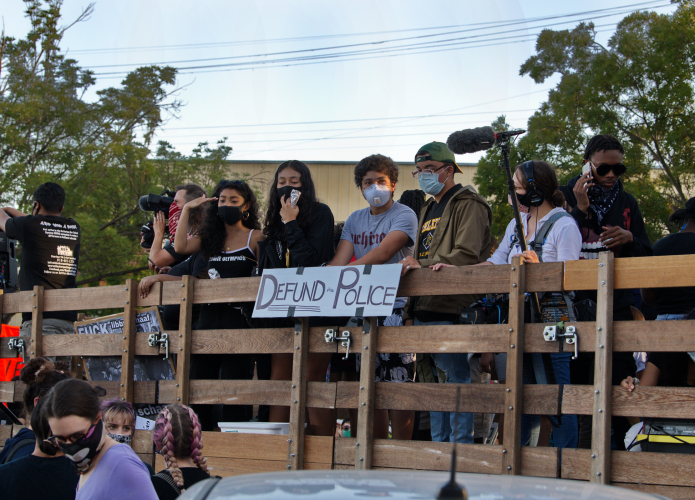 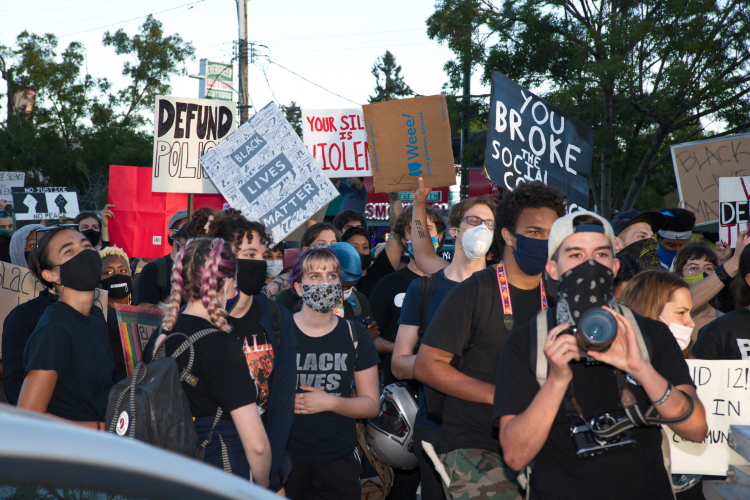 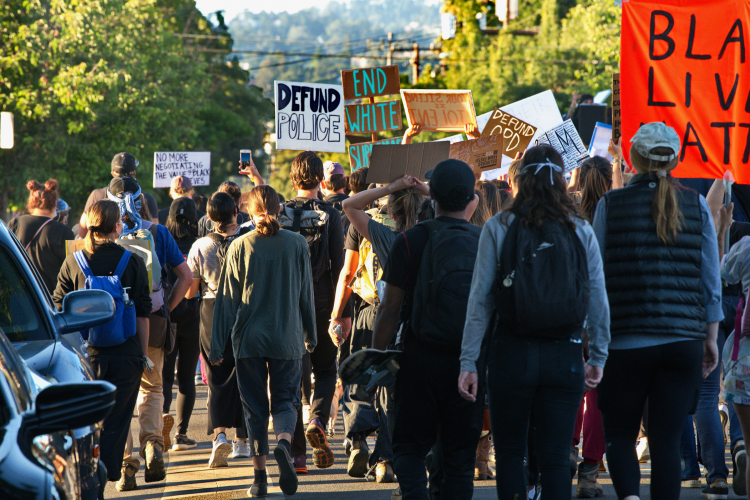 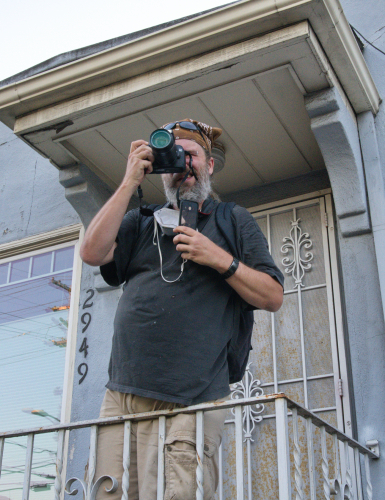 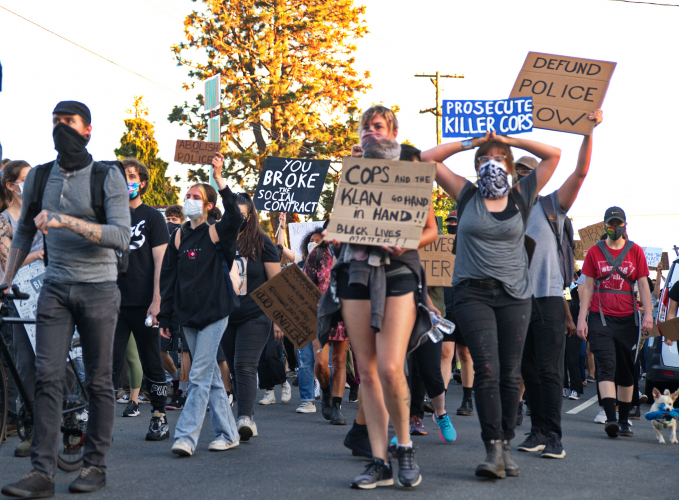 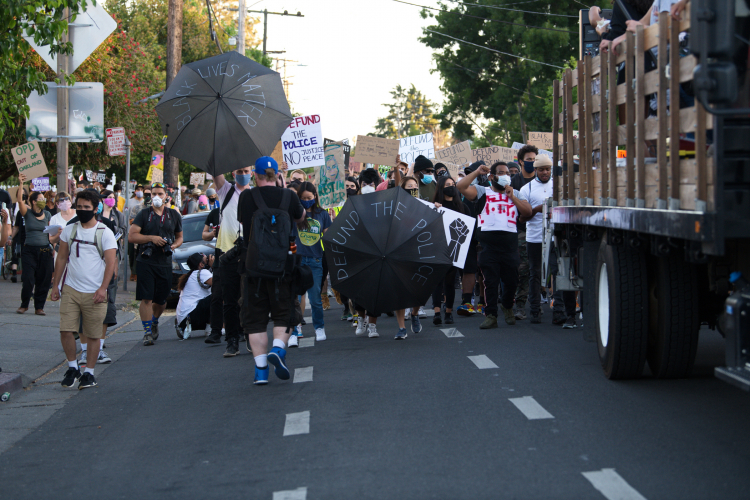 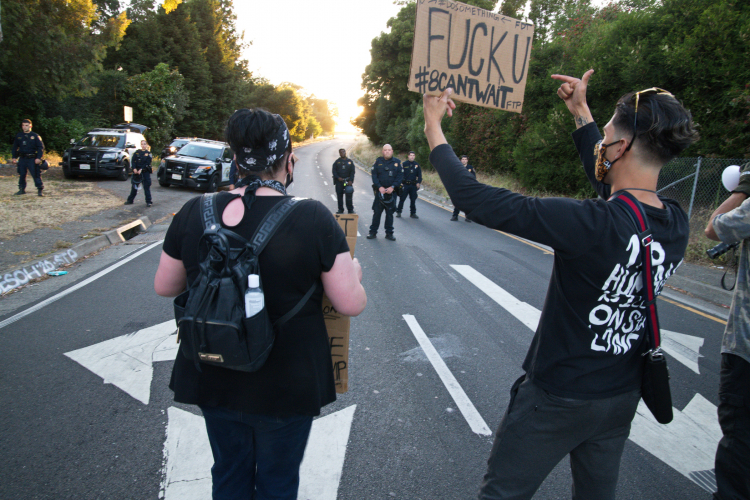 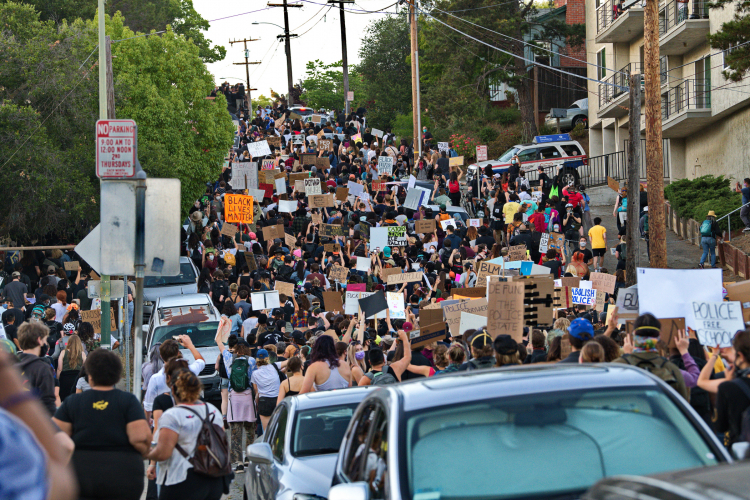 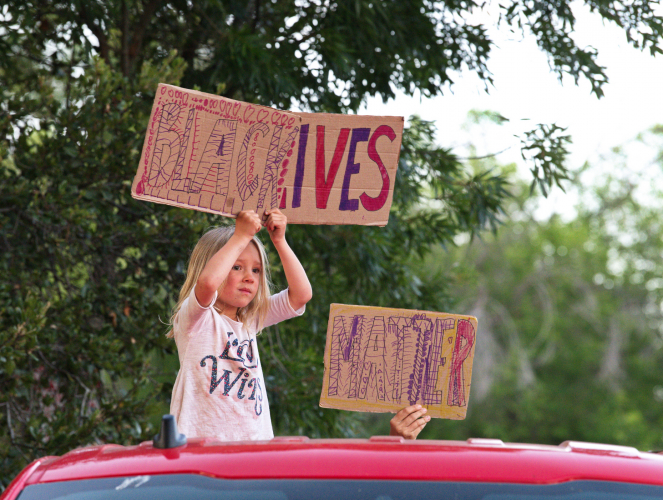 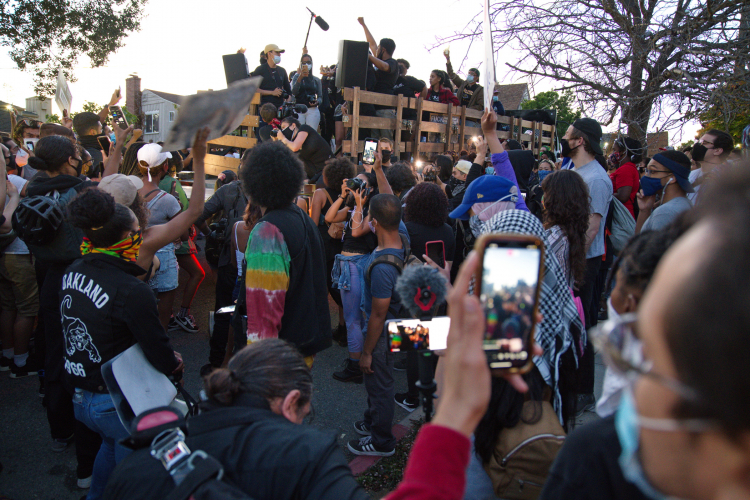 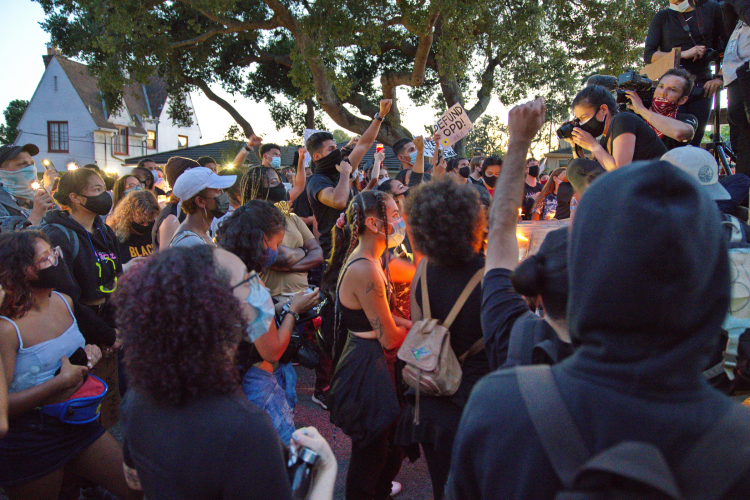 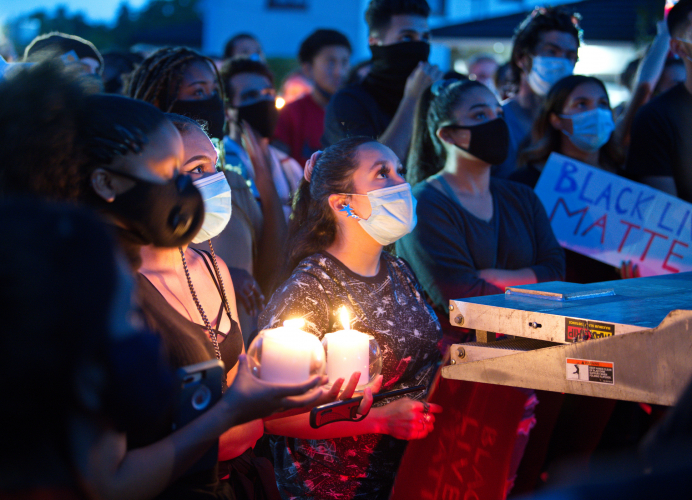 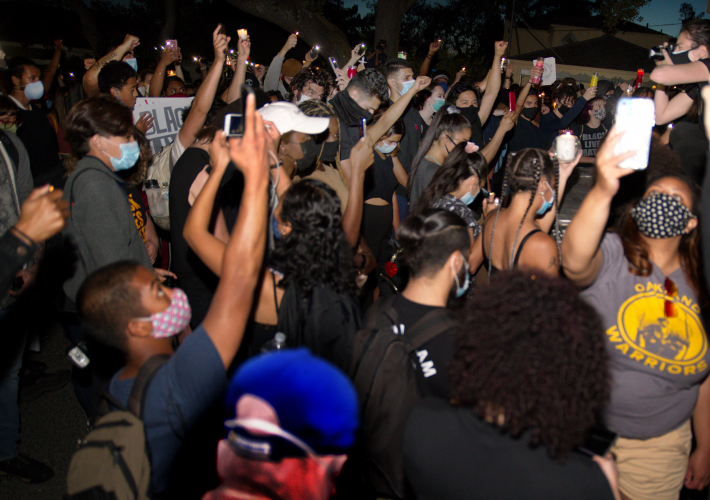 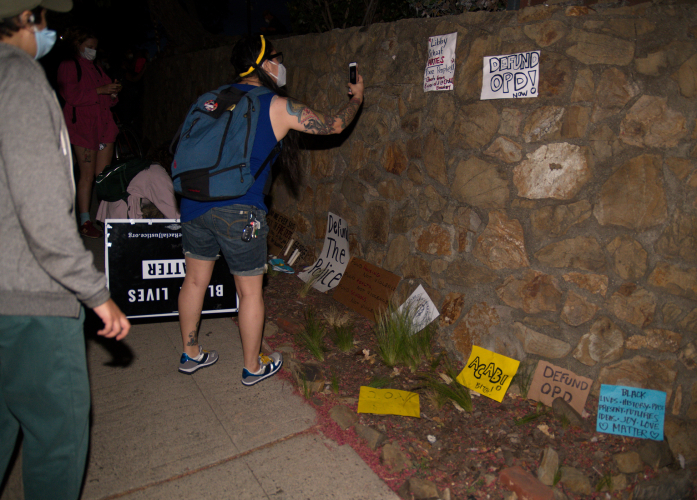 original image (1953x1400)
https://www.indybay.org/newsitems/2020/06/...
Add Your Comments
Support Independent Media
We are 100% volunteer and depend on your participation to sustain our efforts!