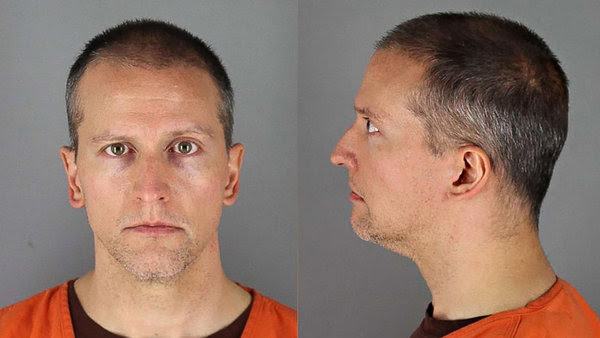 After a week long postponement, killer cop Derek Chauvin is scheduled to go to court tomorrow June 8, 2020, for the May 25th, 2020, murder of Minneapolis resident George Floyd.

The people’s petition seeking the full prosecution of Derek Chauvin may be found by clicking here.

Peaceful protests, demonstrations, and uprisings across the country against the murder of George Floyd, police brutality and killer cops have been marred by police brutality at the urging of the impeached President Donald. J. Trump.

Reportedly, George Floyd is scheduled to be laid to rest next to his mother in Houston on Tuesday June 9, 2020.

Meanwhile, peaceful protests against the murder of Floyd George, police brutality and killer cops continue all across the nation.

The spirit of George Floyd may be found with all the protesters that have risked their lives in recent weeks after the brutal cops, federal forces and National Guard were unleashed on the American public for exercising their Constitutional right to protest against the murder of George Floyd and other people of color, by the brutal killer cops freely roaming the streets across the nation.

See a few images of recent events below…