Add an Event
Newswire
Calendar
Features
Home
Donate
From the Open-Publishing Calendar
From the Open-Publishing Newswire
Indybay Feature
Related Categories: U.S. | Global Justice & Anti-Capitalism | Police State & Prisons
Trump Says He Will Name Antifa a Terrorist Organization
by Trump is the Terrorist
Sunday May 31st, 2020 2:36 PM
Corporate media is reporting Trump said Sunday that he will designate antifa as a terrorist organization. This follows Democratic and Republican officials' statements that extremist groups are responsible for violence at protests calling for Justice for George Floyd across the nation. 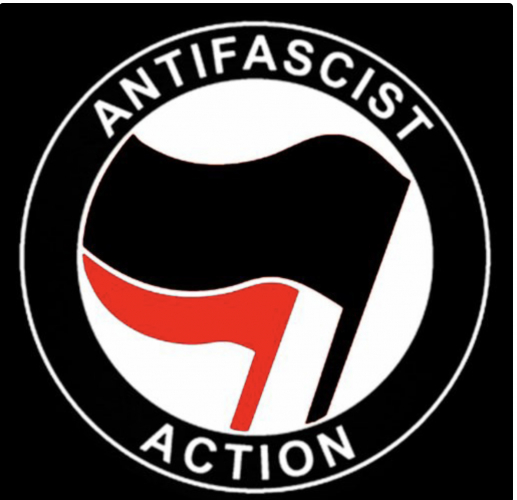 original image (1030x996)
The evil tweeter just won't stop even though there is no domestic terrorism statute and legal authority for the U.S. to designate any domestic organization as a terrorist group.

"As this tweet demonstrates, terrorism is an inherently political label, easily abused and misused," American Civil Liberties Union National Security Project Director Hina Shamsi said in response to Trump's post. "There is no legal authority for designating a domestic group. Any such designation would raise significant due process and First Amendment concerns."

Also: On CNN's "State of the Union," national security adviser Robert O'Brien said violence "is being driven by antifa."

"And they did it in Seattle. They have done it in Portland. They have done it in Berkeley. This is a destructive force of radical — I don't even know if we want to call them leftists," O'Brien said. "Whatever they are, they're — they're militants who are coming in and burning our cities, and we're going to get to the bottom of it." O'Brien also said the FBI must engage in surveillance of antifa and to prosecute its members.

See article here: Antifa Is Not An Organization

https://www.indybay.org/newsitems/2019/08/...
Add Your Comments
Support Independent Media
We are 100% volunteer and depend on your participation to sustain our efforts!