Add an Event
Newswire
Calendar
Features
Home
Donate
From the Open-Publishing Calendar
From the Open-Publishing Newswire
Indybay Feature
Publish to Newswire
Add an Event
Related Categories: Santa Cruz Indymedia | U.S. | Global Justice & Anti-Capitalism | Immigrant Rights | Police State & Prisons | Racial Justice
Antifa is not an organization
by Anonymous
Friday Aug 2nd, 2019 10:53 AM
This isn't a conspiracy theory with loose threads. There's no jumping off of Occam's Razor or lizard people, or Mandela effect here - THIS IS REALLY HAPPENING IN FRONT OF OUR EYES. If you're not angry, ashamed, and afraid - you're not paying attention. 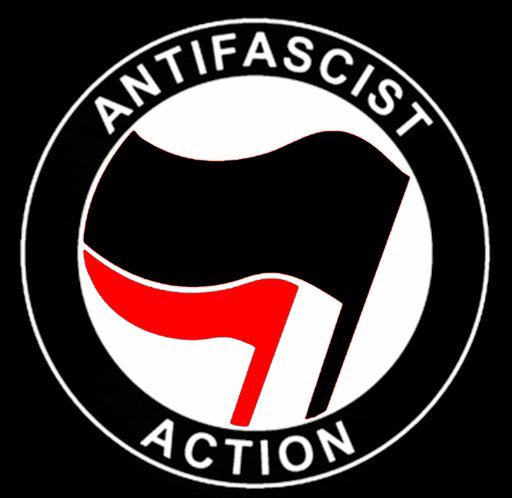 - Antifa is not an organization; nobody belongs to it, there are no membership rolls. So you cannot prove you do not belong to it.

- If you have shown up to a protest, if you have been in a picture showing you were near a protest, if you have, like me, offered first aid at a political demonstration or shown up as clergy support or carried a sign or made a Facebook post or LIKED a post saying you're against fascism, you could be accused of being a "member of Antifa," and you can't prove it's not true.

- We passed a bunch of laws and rulings back in 2002 or so declaring that accused terrorists don't get due process, and can be held indefinitely without trial, tortured, and so on.

- The Trump administration also just declared that they're opening up the death penalty for federal crimes, like terrorism, for the first time in years.

- We have a whole bunch of new for-profit detention camps for holding people in indefinitely without trial, where people are dying right now from nightmarish conditions.

- ICE is running around right now, without badges or uniforms or warrants, disappearing people--including US citizens--and locking them up, and fully half their agents belong to a Facebook group where they shared racist jokes, bragged about the violence they'd done to the "subhuman animals" they're locking up, and talked about how they wanted to assault and rape political figures they don't like.

- This is a license to lock up and execute political dissenters and community organizers without due process and the pieces have all been put in place to use it.

- We are running out of time to stop this train.

-written by a friend who wishes to remain mostly anonymous but encouraged to share
Add Your Comments
Support Independent Media
We are 100% volunteer and depend on your participation to sustain our efforts!