Add an Event
Newswire
Calendar
Features
Home
Donate
From the Open-Publishing Calendar
From the Open-Publishing Newswire
Indybay Feature
Publish to Newswire
Add an Event
Related Categories: Santa Cruz Indymedia | Government & Elections | Racial Justice
Recall Campaign Uses Darkened Photo of Councilmember Glover in Facebook Ad
by Santa Cruz News Network
Monday Feb 24th, 2020 1:04 PM
The group Santa Cruz United is running a Facebook ad that features a visibly darkened photo of Santa Cruz City Councilmember Drew Glover, who is African American. The photo has been converted to gray-scale and covered in text containing allegations of misconduct. The ad was placed to promote the recall of Councilmember Glover, as well as Councilmember Chris Krohn, who is not featured in the photo. The imagery preys on human perception through what has been termed by researchers as the "Bad is Black" effect. In 2016, Professor Adam Alter of New York University and three colleagues found the darker the appearance of a person in a photo, the more likely viewers were predisposed to believe the person was guilty of an immoral act. Since the recall campaign officially began in June of 2019, Santa Cruz United has plastered social media with paid advertisements, spending over $5,200 for ads on Facebook in total, $3,000 of which was paid for ads appearing just in the last seven days. (Photo: A portion of the Santa Cruz United ad that uses a darkened photo of Councilmember Drew Glover, see below for the full ad.) 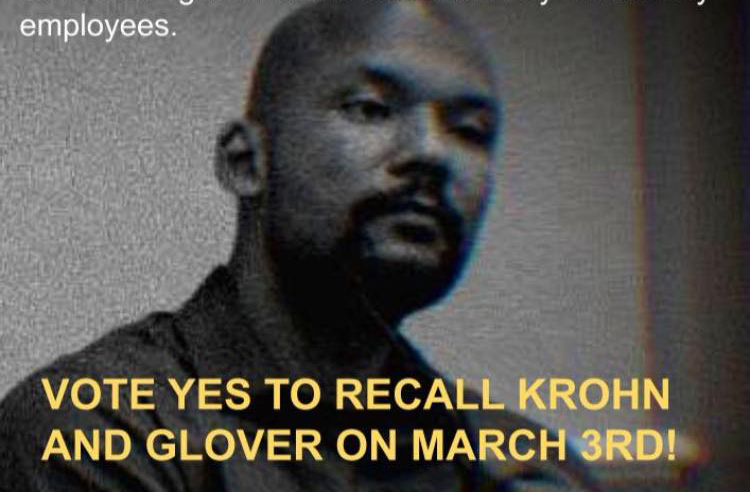 The practice of darkening photos to discredit African American public figures has a long history. Colin Kaepernick was a recent victim of the technique when in July of 2019 the National Republican Congressional Committee (NRCC) used a darkened photo of the former NFL player in a GOP fundraising email.

Louisiana Representative Cedric Richmond, a former chairman of the Congressional Black Caucus, said the NRCC knew when they used the photo that it was a "racist move intended to raise money off the fear of dark skinned people,” and was a, "deliberate act to darken him up and perpetuate the fear of darker skinned people."

The recall campaign has been criticized widely for lacking people of color within its ranks. Carol Polhamus, a member of the Santa Cruz United steering committee, told Good Times she has been called “lots of expletives about being racist," and "fascist,” while working for the recall.

Santa Cruz United's advertisement includes a statement of support for Don Lane and Renée Golder as recall replacement candidates. (Golder herself has been the subject of discussions of racism concerning a photo of her dressed like a Native American at a party.)

Additional text over the photo of Councilmember Glover reads: "13 complaints of bullying, sexism, and harassment were filed against Krohn and Glover by female city employees," which is a reference to the Rose Report. The findings of the report, which looked into workplace misconduct complaints filed against Councilmembers Glover and Krohn in 2019, has been a big focus of the recall campaign.

The ad appears in Facebook user feeds, which allows commenting. One female Facebook user commented to ask critical questions about the allegations: "I can tell reading comments under your ads that SOME people that support your recall campaign have not read the report, hence accusations like sexual harassment have been unchecked in at least one comment. It’s good to keep the dialogue respectful and check false accusations." (see photo)

Santa Cruz United responded to the comment, admitting, "there were two violations that were “substantiated“, meaning they were witnessed and determined to be violations, 11 were “unsubstantiated “." (see photo)

Ann Simonton, the founder of Media Watch and a member of the City's Commission for the Prevention of Violence Against Women (CPVAW), has spoken out against the allegations, writing that she looked into the charges of men having “harassed female City Hall employees," and found that the charges were "untrue".

Simonton further stated, "The most vital findings from our City’s leaders, and the lengthy investigation was that no charges were found to be gender based, nor did they involve sexual harassment. The only substantiated complaint against Chris Krohn was that he uttered a "laugh, scoff or snort" during a staff presentation to the Council. And the only substantiated complaint against Drew Glover is that he was "needlessly and unjustifiably antagonistic" to another Council member when she overstayed her time in a shared conference room."

"False accusations of harassing women is worrisome, as it generates an environment where survivors who experience harassment aren’t believed," Simonton wrote. "Generations of women have worked to reach the progress we are beginning to see today. It’s particularly egregious when a campaign falsely invokes mistreatment of women in order to gain political favor," she said.

Gillian Greensite, the co-founder of the Commission for the Prevention of Violence Against Women (CPVAW), and its first Chair, has also defended Councilmembers Glover and Krohn, stating, "The investigator found no basis for a charge of gender discrimination."

"This is dangerous stuff if you believe in justice," Greensite wrote. "By all means start by believing. But if the facts don’t support the accusation, then perhaps there was no crime committed. Innocent until proven guilty is not a tiresome technicality. To “believe women” as proof of guilt ignores the scores of black men lynched or incarcerated on false claims of rape by white women. Such tragedies are not the norm across the spectrum of rape but they exist and they counsel caution on assigning guilt based on emotion and slogans."

Councilmember Meyers has recently endorsed Renée Golder as a replacement candidate for City Council in the recall election.

Read more about the "Bad is Black" effect in Scientific American:

The "Bad Is Black" Effect: Research finds darker skin is associated with perceptions of evil 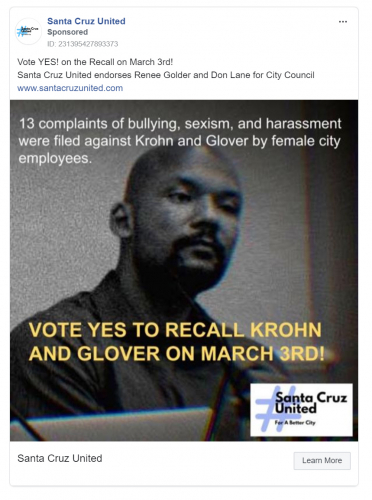 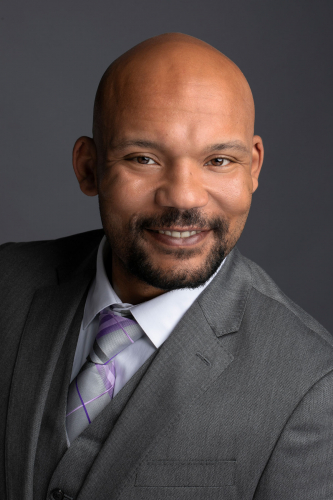 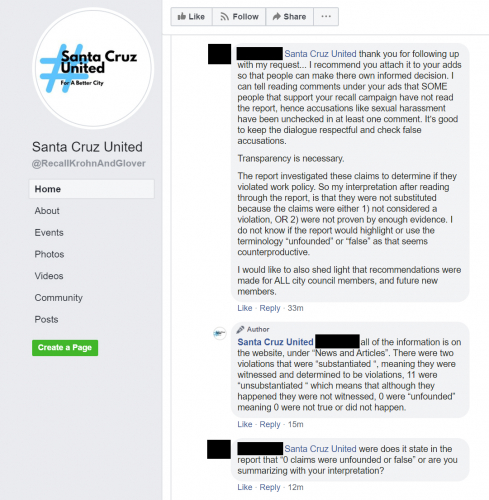 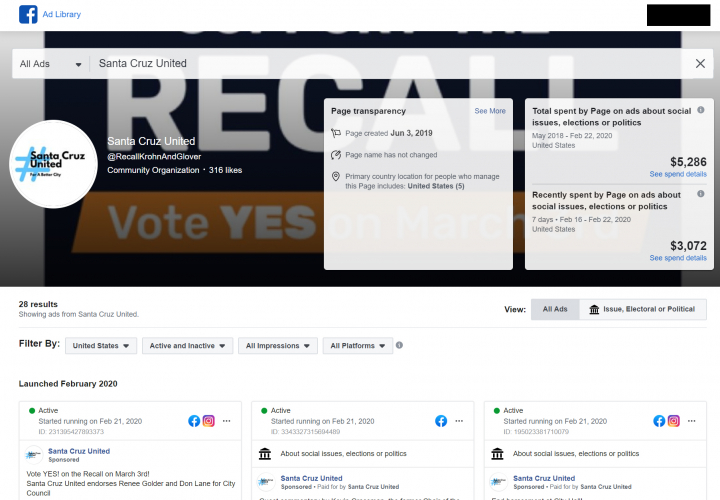 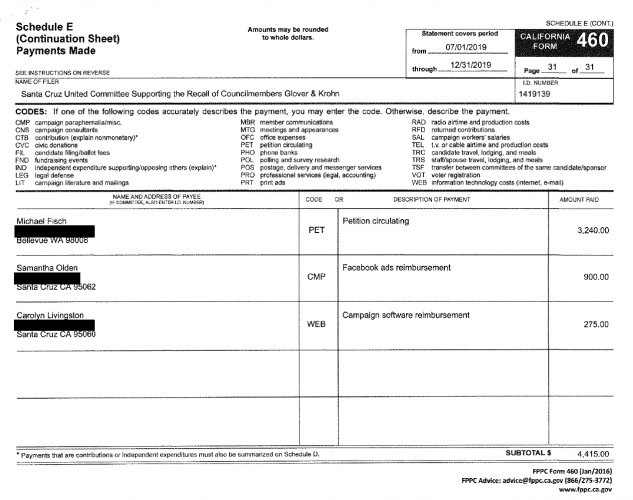 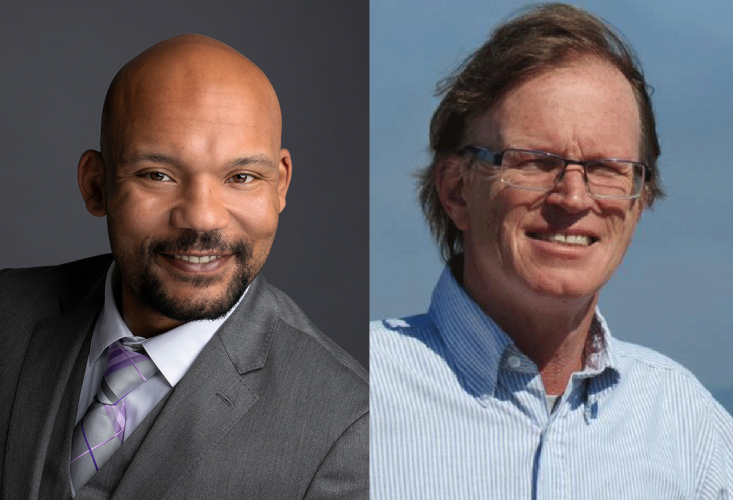 original image (1814x709)
$3,665 spent from February 18-24.
Add Your Comments
Support Independent Media
We are 100% volunteer and depend on your participation to sustain our efforts!